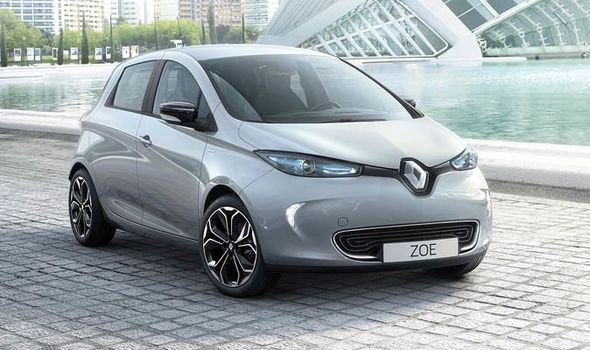 Renault is set to launch the all-new Zoe electric car today, according to reports. The new Zoe will reportedly be powered by a 54kWh battery pack which will increase its range to 250-miles under the WLTP standard. This is a significant increase from the current 186-miles of range the 41kWh 2018 model can achieve. In addition to the higher capacity battery, the vehicle is also set to be powered by a single 95kWh electric motor.

This is a power increase of the current vehicle which has an 80kW motor powering it.

It is also expected to have fast charging of up to 100kW using the CCS Combo or 22kW three-phase charger.

Last week an image of the updated Zoe was leaked online by a French automotive Facebook fan page which purportedly reveals the exterior design of the new car.

From the leaked image the car’s design doesn’t seem to be radical overhaul but there are certain elements that have been modified.

There are curves across the bonnet, LED lights and a new front end.

Its styling shares a lot of the same styling elements of the Renault Clio and there are few motifs that suggest that it is an electric car.

This will appeal to a lot of motorists who aren’t looking for an outlandish electric car.

Many of the high mile electric cars are SUVs/crossovers but the Zoe is supermini which may be more suitable for some motorists.

Laurens van den Acker, a designer for Renault said: “The bespoke electric platform, which will be used for all forthcoming small to medium-sized EVs, will allow greater battery capacity for a range target of 250 miles under the new, more real-world WLTP testing regime.”

“There are two approaches: you make a dedicated vehicle or derivative.

“We approach it more with dedicated platforms.

“We have economies of scale in the Alliance. A dedicated platform gives us more freedom especially in the interior.”