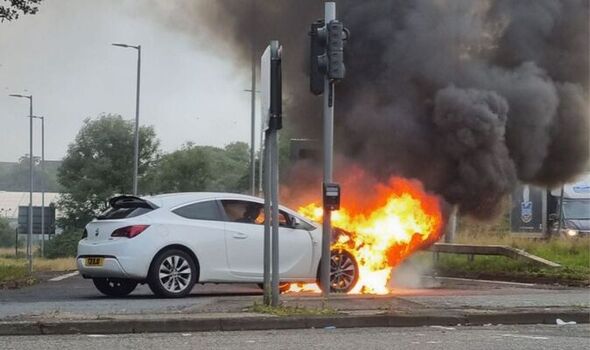 Catherine McAffrey, 33, claims the brakes stopped working in the Vauxhall when she, her brother and her son were travelling off the M8 at Queenslie, Glasgow. The bonnet of the car caught fire, forcing the family to abandon the vehicle and run to safety.

“I was screaming and my brother grabbed the steering wheel. Then the whole front bonnet went up in flames and we had to escape as fast as possible.

“It was horrible. I had my wee boy with me, he’s only eight and was absolutely shaking and I was trying to deal with the whole situation.

“We ran to the other side of the road to get as far away from the car as we could in case it blew up.

“A family friend was driving past and tried to use the fire extinguisher in his car but it was too far gone by then.” 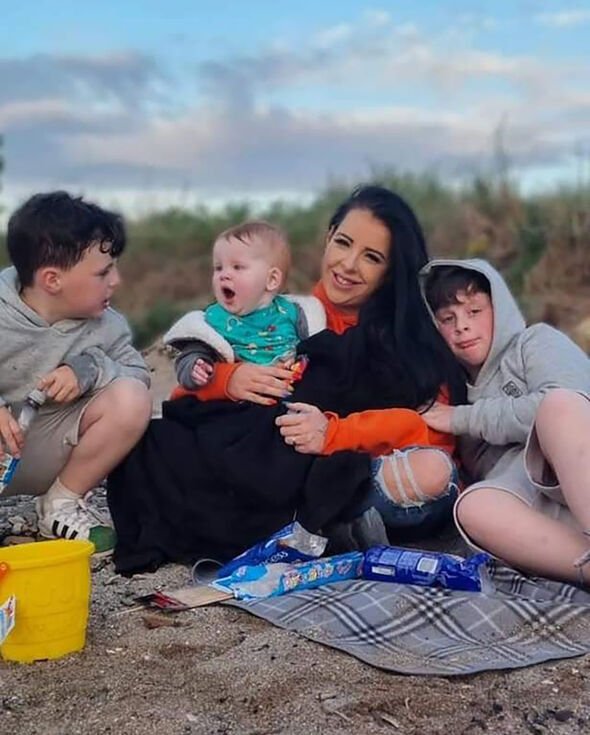 The incident was especially shocking to Catherine, who is also mum to sons aged 10 and 20 months, as the car had never had any prior issues.

“The car was completely fine before this happened, we never had any problems with it,” she added.

“There was no warning light. We had the car for five years and it had its MOT and service each year.

“Right now I’m just thinking of the ‘what ifs’. I have a wee baby boy as well and what if he was there as well and he wouldn’t be able to escape himself.” 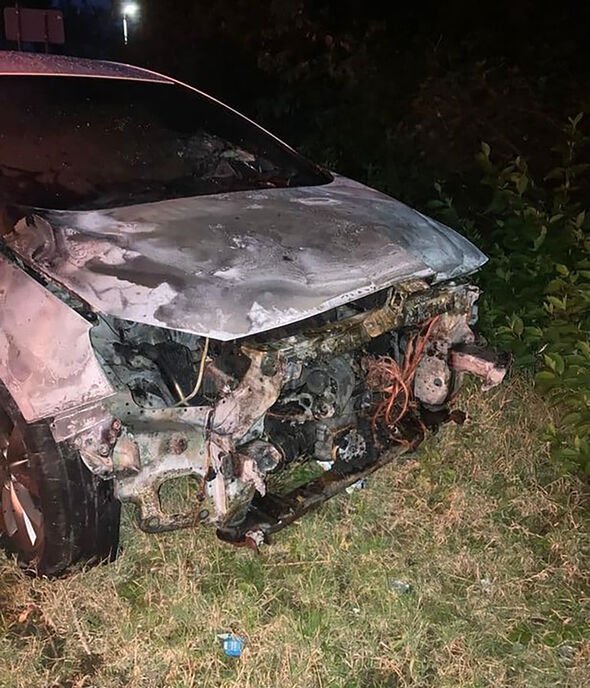 She said: “I’ve been really anxious since it happened, worrying it could happen with another car, even though logically I know it wouldn’t happen. It could have been a hell of a lot worse, so I’m trying to be positive.

“My son is a bit shaken up – he’s going through all the ‘what if’ scenarios as well, so I’m just trying to be supportive to him.”

A Police Scotland spokesperson said: “Around 7.45pm on Sunday, 28 August, police were called to a report of a car fire on Stepps Road, near to the M8 junction. Officers attended to assist.”

A Scottish Fire and Rescue Service spokesperson said: “We were alerted at 7.27pm on Sunday, 28 August to a report of a car alight in Stepps Road, Glasgow near to the M8 motorway.

“Operations Control mobilised one appliance to the scene, who extinguished the fire and made the area safe.”