We recently just saw the 900th electric bus in Moscow, but as it turns out, the Russian capital has just reached the milestone of 1,000 units!

Mosgortrans, the company that runs the bus and tram network in Moscow, announced that vehicle number 1,000, with green elements, has hit the streets.

“the design of the 1000th electric bus is special, in eco-style: the electric bus cabin is decorated with posters with the facts about electric buses and their impact on the eco-system.”

It has taken about three years since the first battery-electric vehicles was introduced there in 2018 and now, they are entering the fourth winter “without interruptions.”

Over that period, battery-electric buses transported over 150 million people, covered more than 60 million km (37 million miles) on 66 bus routes, and reduced the amount of emissions by 600 thousand tons, according to the company. There are currently more than 168 charging “structures” in the city (overhead fast charging points, as we understand). 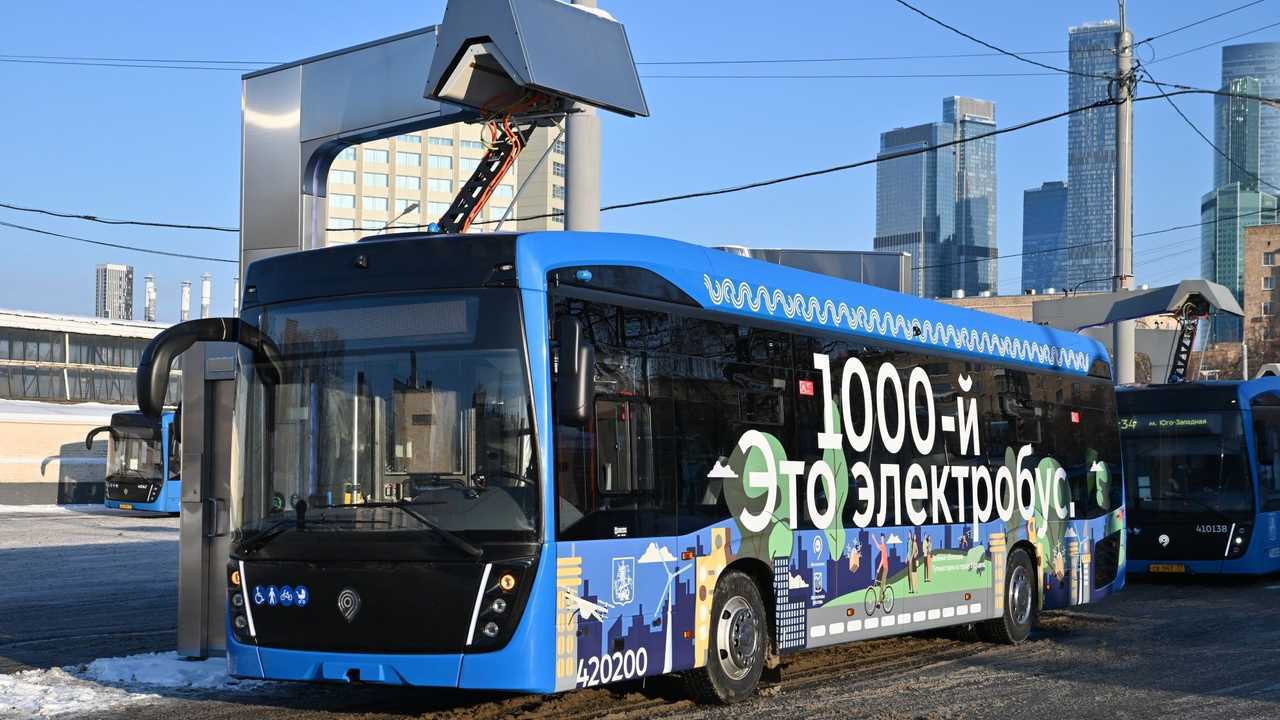 Moscow is no longer buying regular diesel buses and plans to buy an additional 600 battery-electric ones in 2022 for a total of 1,600.

The target for the end of 2023 is more than 2,200 electric buses, which means an additional purchase of over 600 units. At this point, nearly 40% of the bus fleet should be electric. The fast chafast-chargingructure will expand to a total of up to 500 individual stalls.

By 2030, all buses will be battery-electric, or at least zero-emission, because there is also a project to develop a hydrogen bus model by Kamaz and RUSNANO.

According to the press statement by Maksim Liksutov, the Deputy Mayor of Moscow for Transport, the electric buses are convenient and reliable – ready for service in a wide range of temperatures from -40°C to +40°C.

Moreover, they perfectly deal with temperature extremes. For the fourth consecutive winter season, the innovative transport has been operating without any interruptions. The temperature range of its work is from -40 to +40 degrees Celsius. Batteries are equipped with a temperature control system to prevent vehicles from overheating in summer and freezing in winter.”

As far as we know, Moscow buses are powered by lithium titanate batteries (LTO), which provide relatively short range (the energy density is significantly below LFP), but can be fast-charged very quickly at the ends of the route and are ready for very low temperatures, as well as offer long longevity.

A few videos about electric buses in Moscow: