The original RM19 concept had a smaller 2.0-liter unit.

Note: Turn subtitles on in case they don’t automatically appear.

In the event you’re not familiar with Hyundai’s mid-engined ambitions, it all started back in 2014 with the Veloster Midship concept. As its name implies, the showcar from Busan was based on a Veloster with a mid-mounted engine driving the rear wheels with nearly 300 horsepower on tap. RM15 and RM16 concepts followed with various updates, culminating with the RM19 packing close to 400 hp for the 2019 Los Angeles Auto Show.

The South Korean marque strongly suggested a production version would follow, and even though nearly two years have passed, the sports car hasn’t been revealed yet. Thankfully, Jean Pierre Kraemer (from the JP Performance tuning house) had the chance to get up close and personal with the work-in-progress RM19. Not only that, but he sat down and had a chat with Albert Biermann, the head of research and development for both Hyundai and Kia. 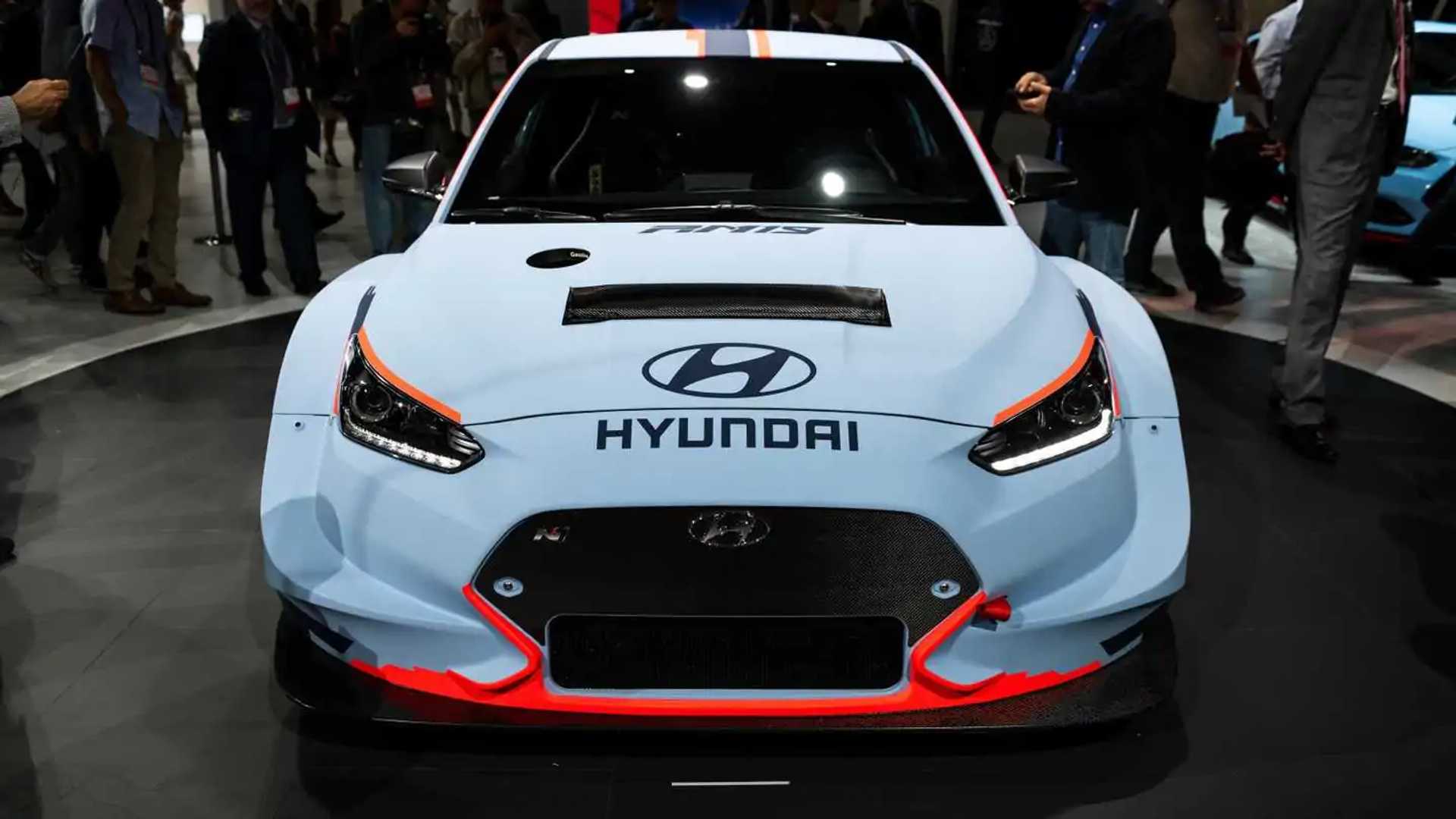 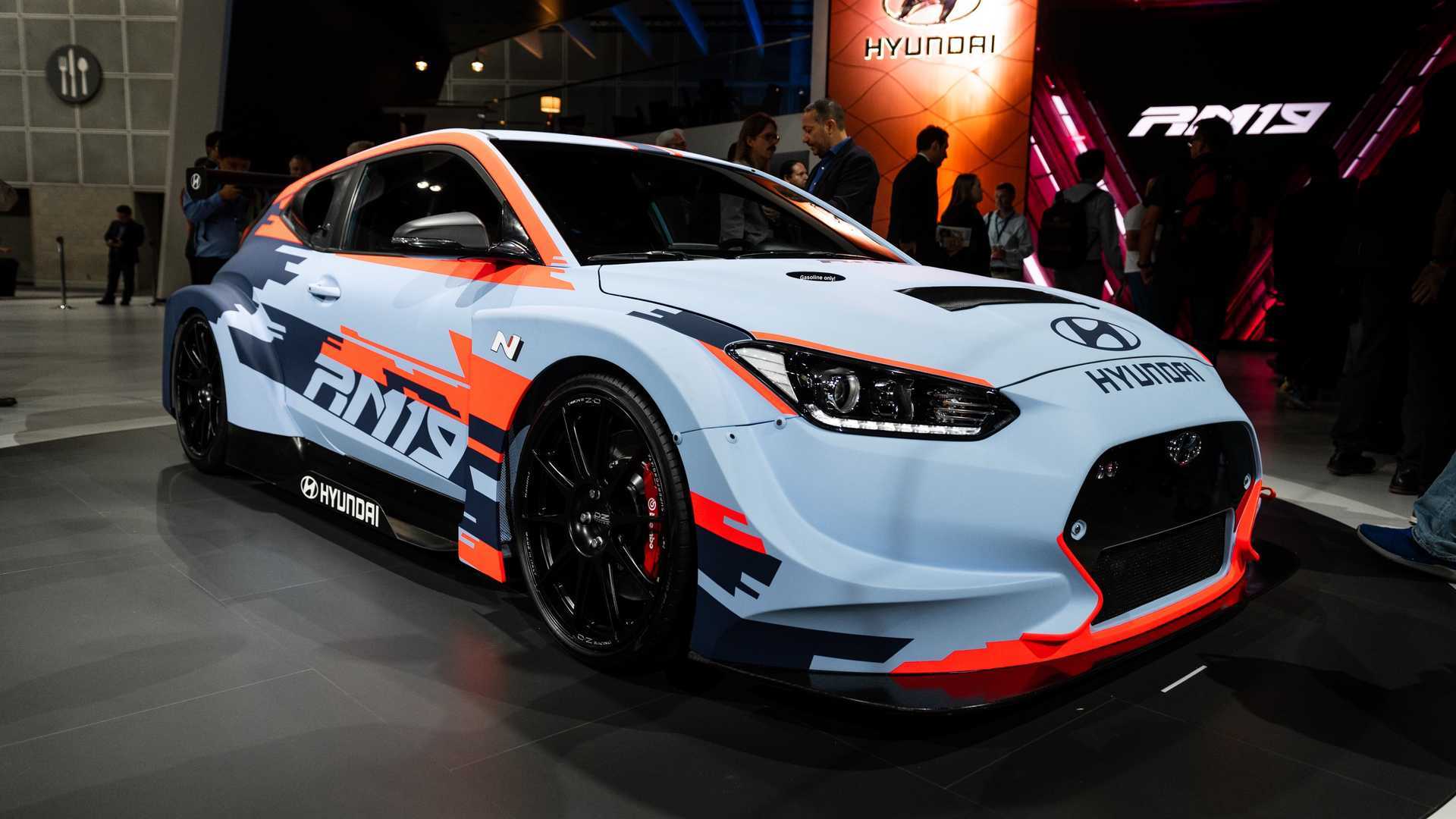 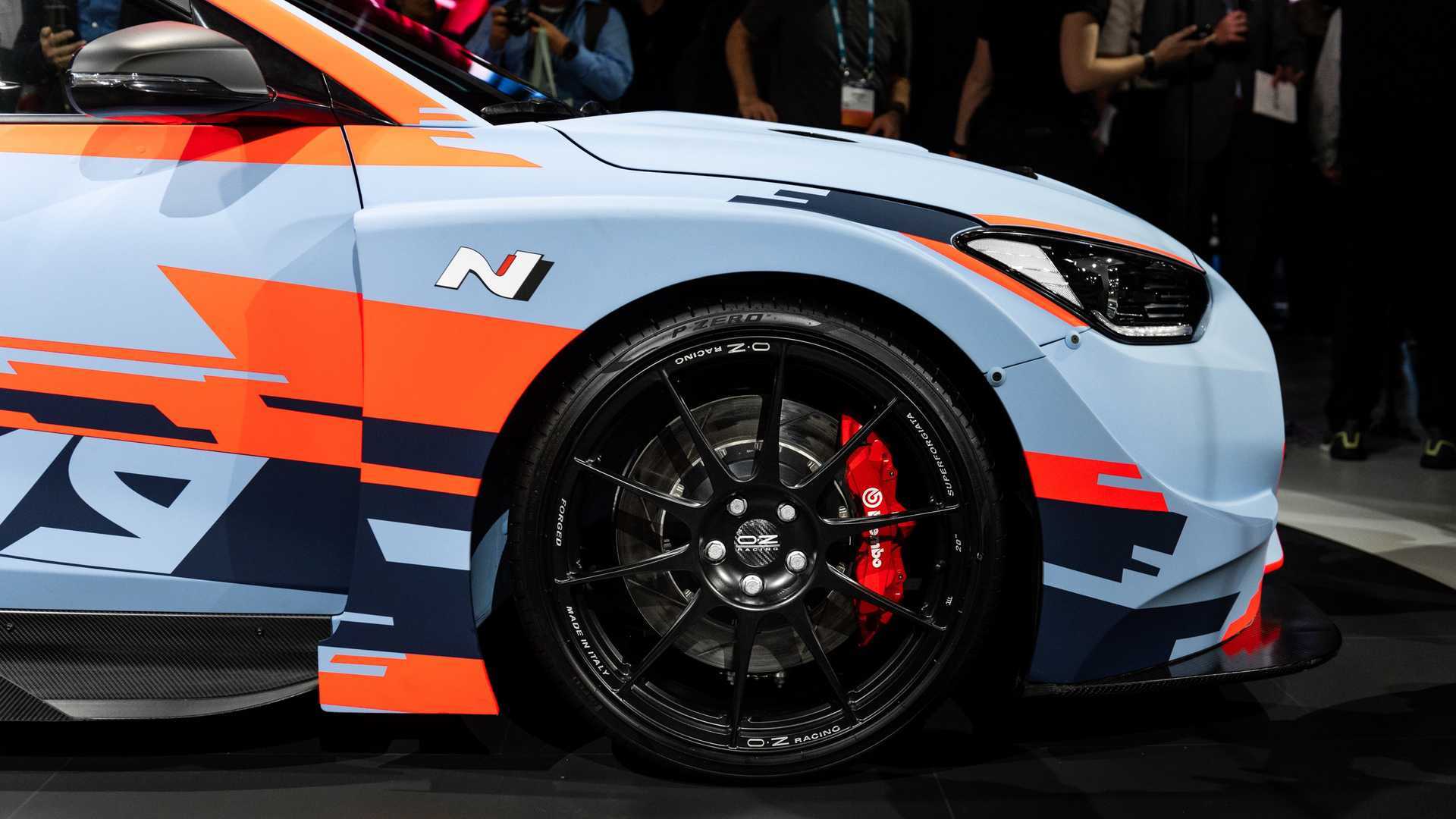 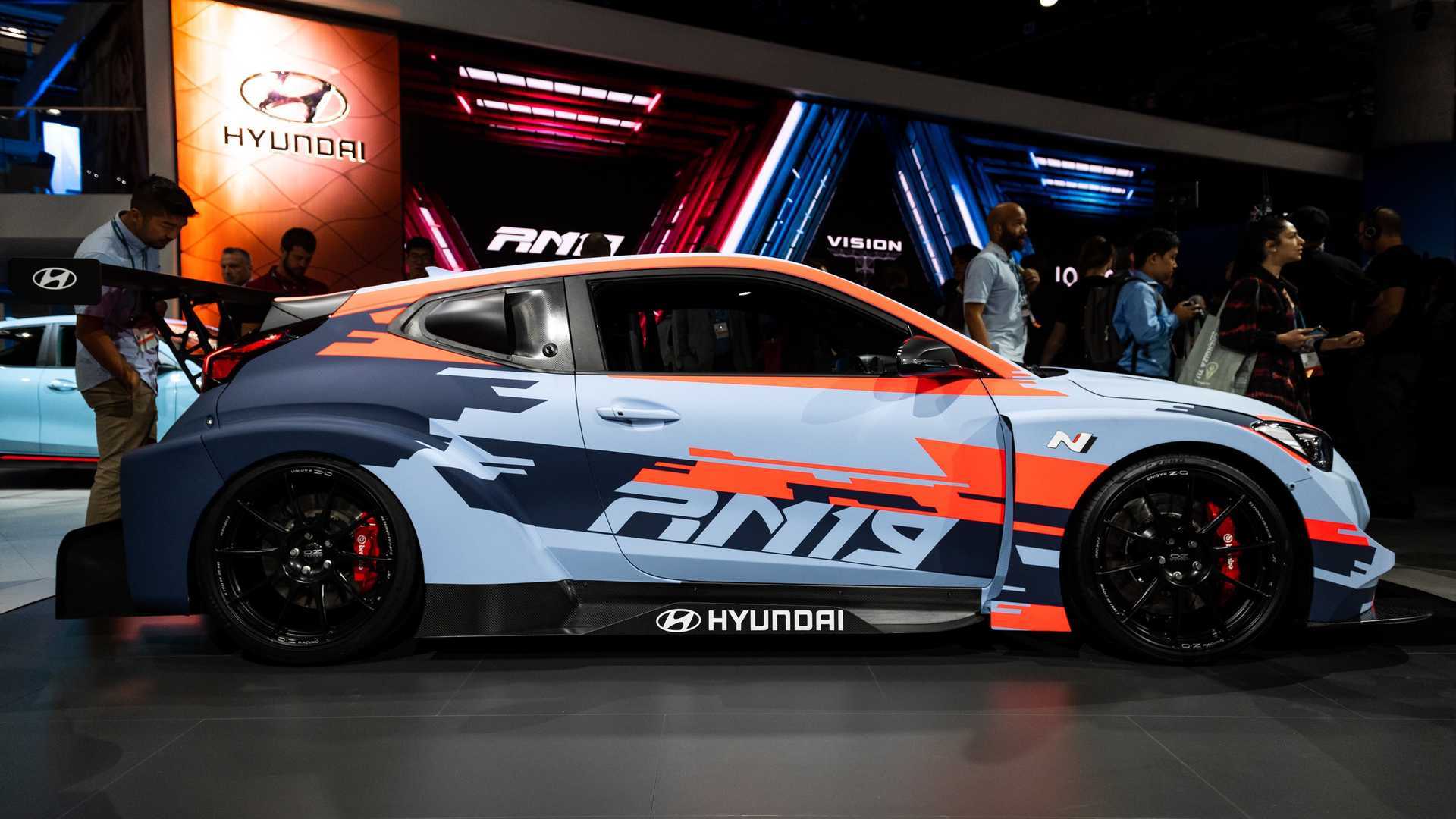 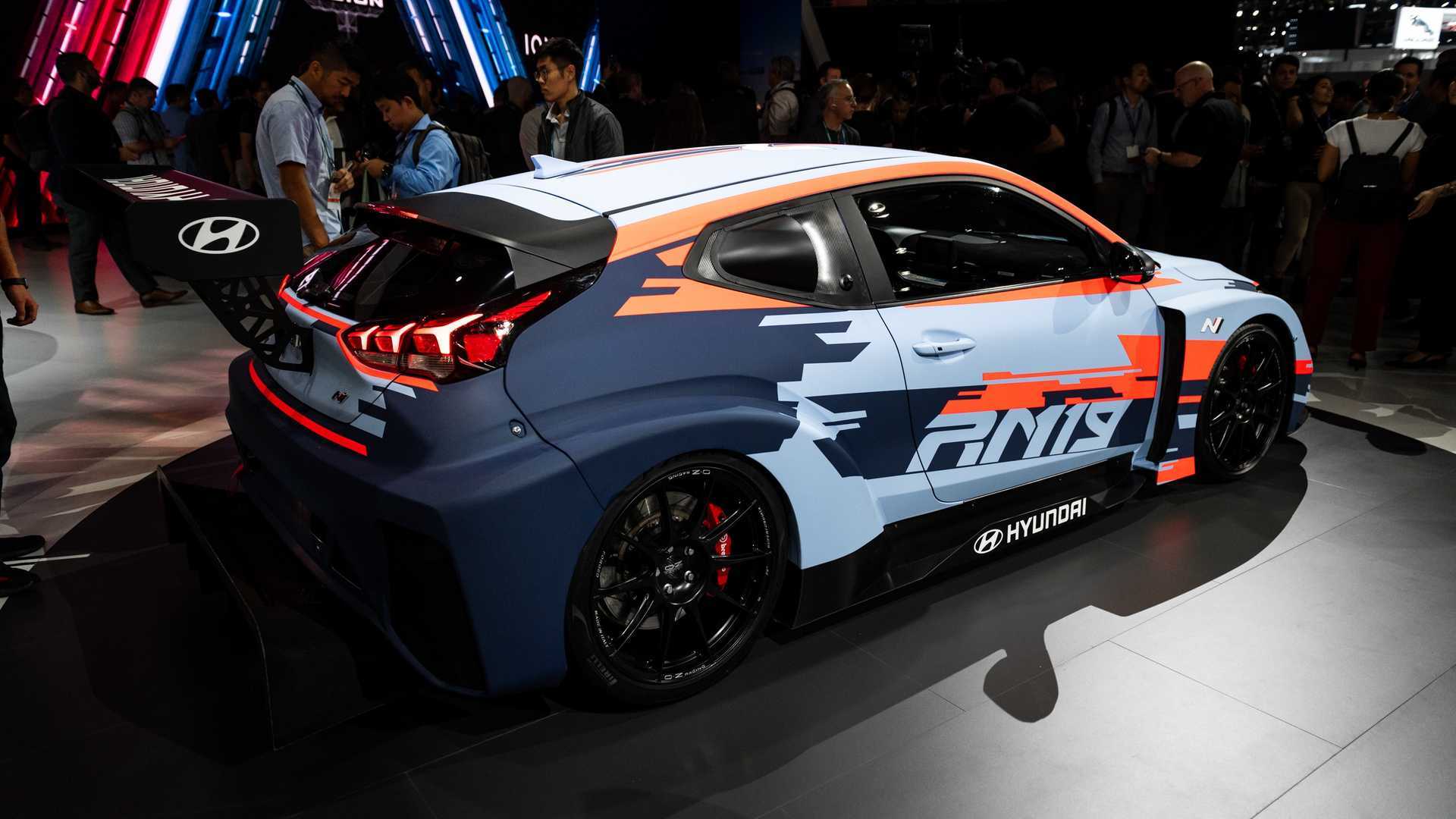 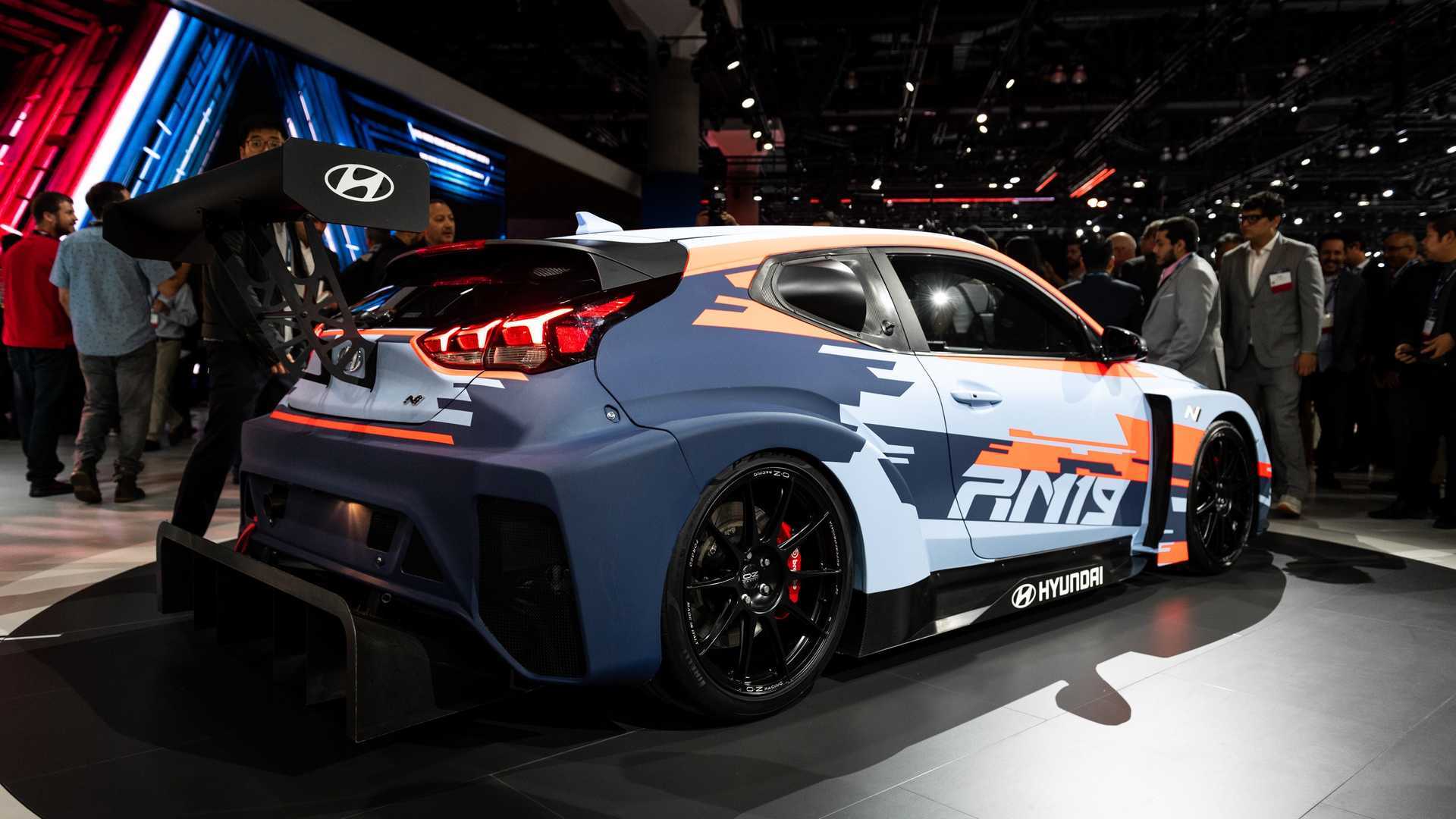 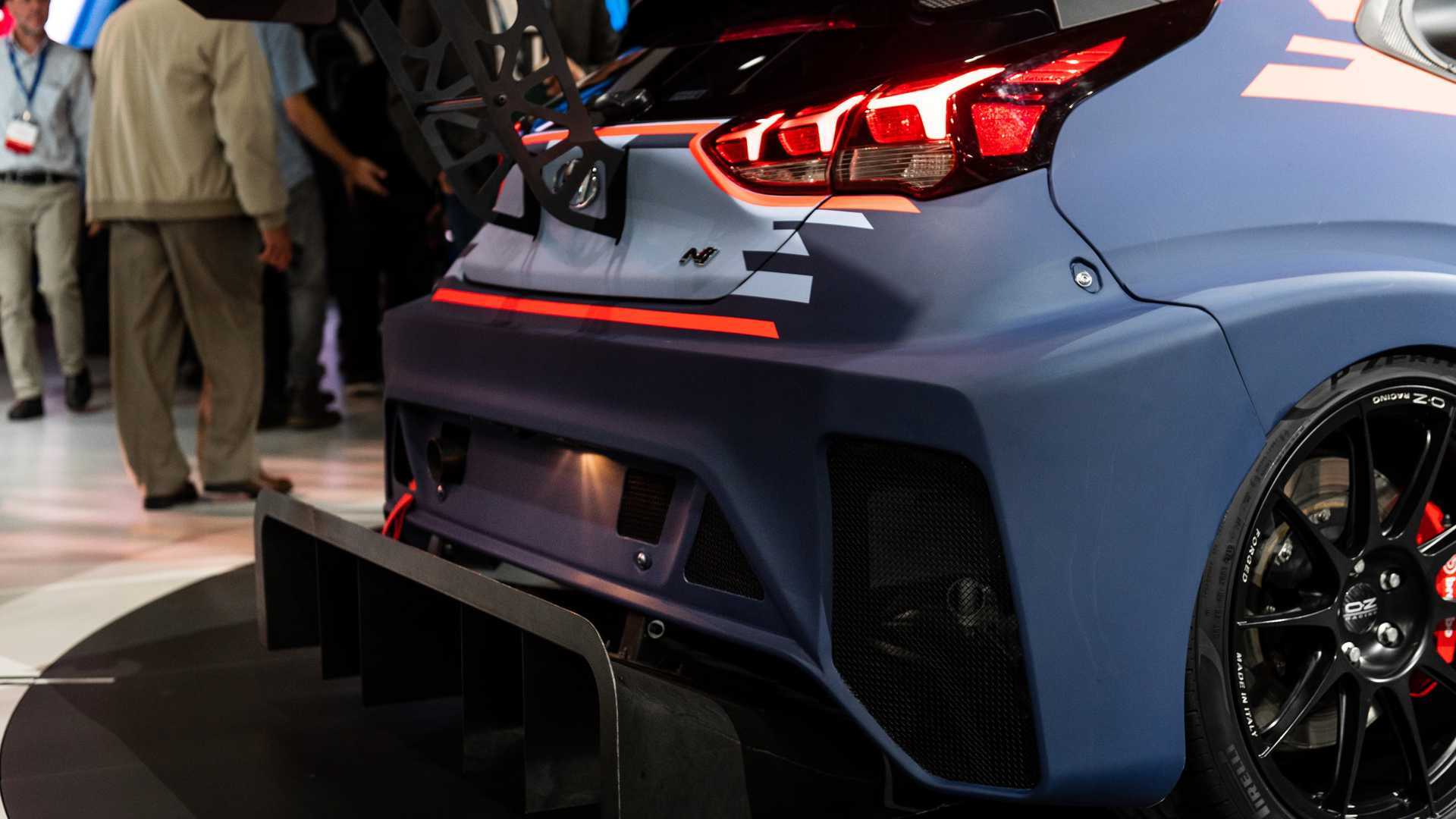 The man in charge of R&D said two prototypes have been built, with one being put through its paces at home in Korea and the other getting a workout in Europe. Interestingly, the test vehicle featured in the video has a larger 2.3-liter engine rather than the 2.0-liter unit all previous RM concepts had. In its current state, it pumps out around 350 hp, but the final number will be different as Hyundai is still tweaking the four-pot to meet Europe’s emissions regulations.

That represents a drop of 40 hp from the RM19 concept, which had the 2.0-liter engine adapted from the Veloster N TCR race car. Still, 350 hp is nothing to sneeze at, especially in a mid-engine package with what will likely be close-to-ideal weight distribution. Aside from the different engine, the updated prototype boasts an eight-speed, dual-clutch automatic gearbox rather than the six-speed sequential of the original RM19.

Biermann says the engine + gearbox combo gives the sports car “enormous charm” before mentioning the production version won’t necessarily have the fat 305 rear tires. The fully electric RM20e with its peak power of 750 horsepower needs them, according to the R&D chief. The video continues with JP hopping behind the wheel of the car and learning from a member of the development team the 2.3-liter engine has basically been developed for the updated RM19.

It pumps out 460 Newton-meters / 339 pound-feet (from 2,000 rpm) of torque in a prototype carrying a license plate and being driven on public roads, meaning it can’t be too far from a production version. The man in charge of the engine in terms of drivability mentions the turbocharged four-cylinder unit revs at up to 7,000 rpm, thus confirming a rumor from late 2020 about Hyundai working on a high-revving 2.3-liter engine.

It cost the company an estimated €500,000 (nearly $590,000) to build just this one prototype and a production model would be worth Porsche 718 GTS money while offering 718 GT4 performance. It needed 4.3 seconds in an acceleration test to 62 mph (100 km/h), but the Hyundai employee said his best performance was a 3.88-second sprint.

As to when we’ll actually get to see the final variant in a Hyundai showroom, it could happen within the next couple of years.