It looks pretty darned clean and ready for production.

We’re just over a month away from what could be the most significant new-vehicle debut of the decade. That’s really saying something, considering the twenty-teens brought us a new NSX and Supra from Japan, the Bugatti Chiron from France (though admittedly with German leadership), a new Ford GT, and a long list of notable automotive machinery from automakers around the world. Not a single one, however, was literally a half-century in the making. 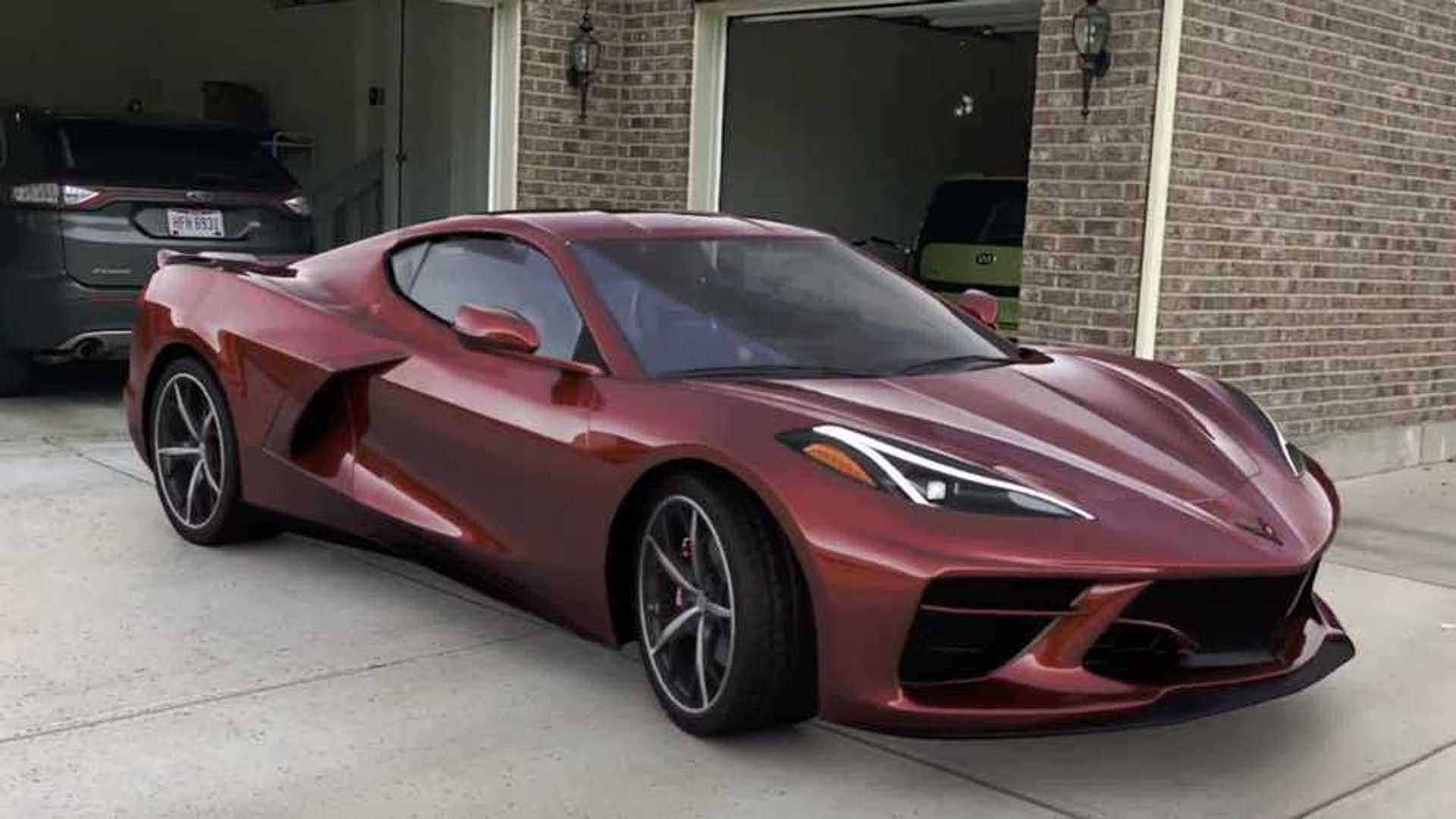 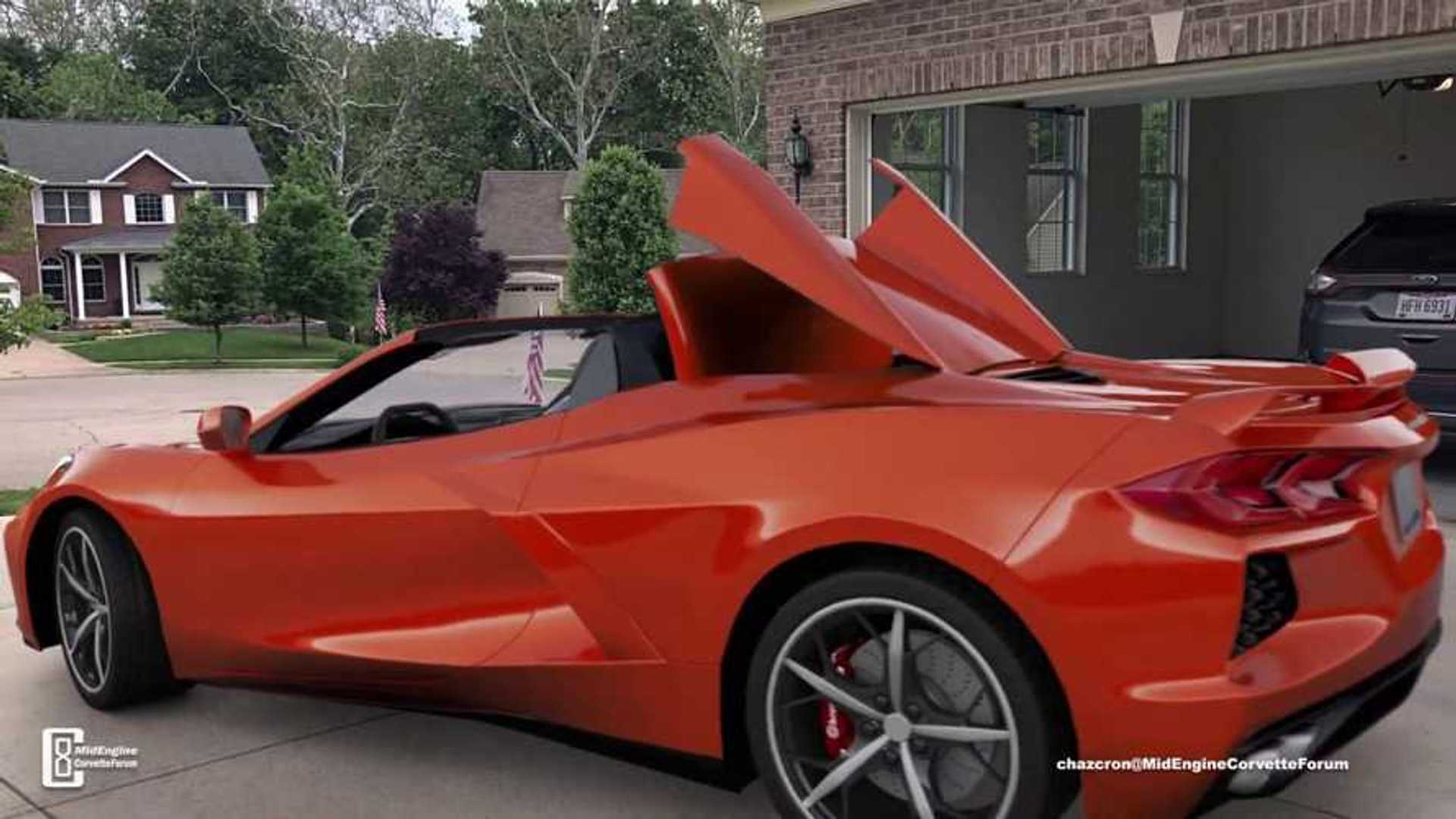 That brings us to this camouflaged C8 Chevrolet Corvette, recently spied getting some exercise on the track. We’ve watched mid-engined Corvette prototypes in action for four years, but this one is different because it appears to be a production-spec base model, turning laps without any rear wing or lip spoiler up front. In fact, This prototype looks very clean and clutter-free, lacking the bulky fake body panels on the door that wildly obscured body lines on some previous sightings. Taillights are heavily covered, but the headlights are caught mostly camo-free. And apparently, the driver is happy to see our spy photographer, because we even get a wave to the camera. 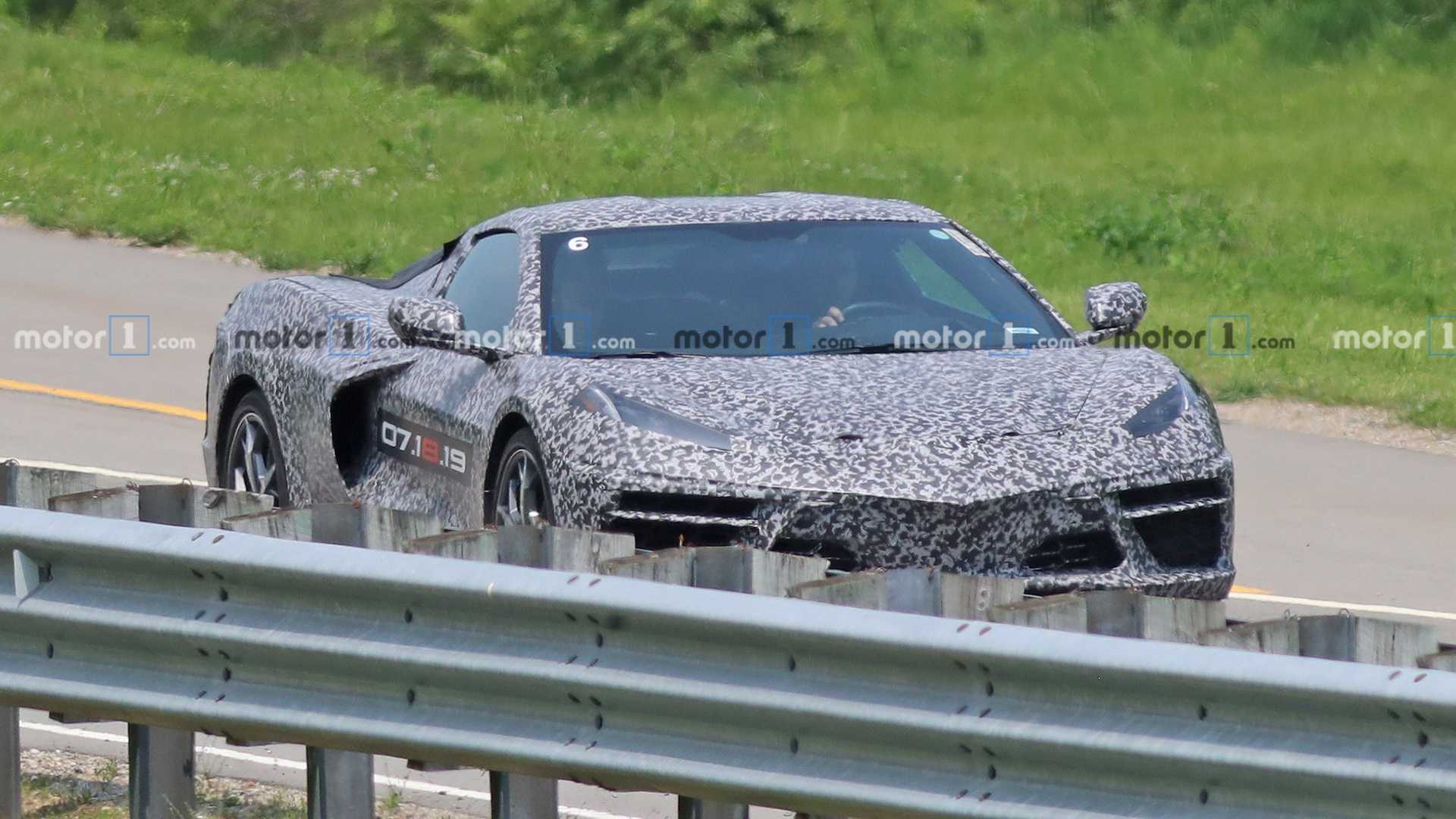 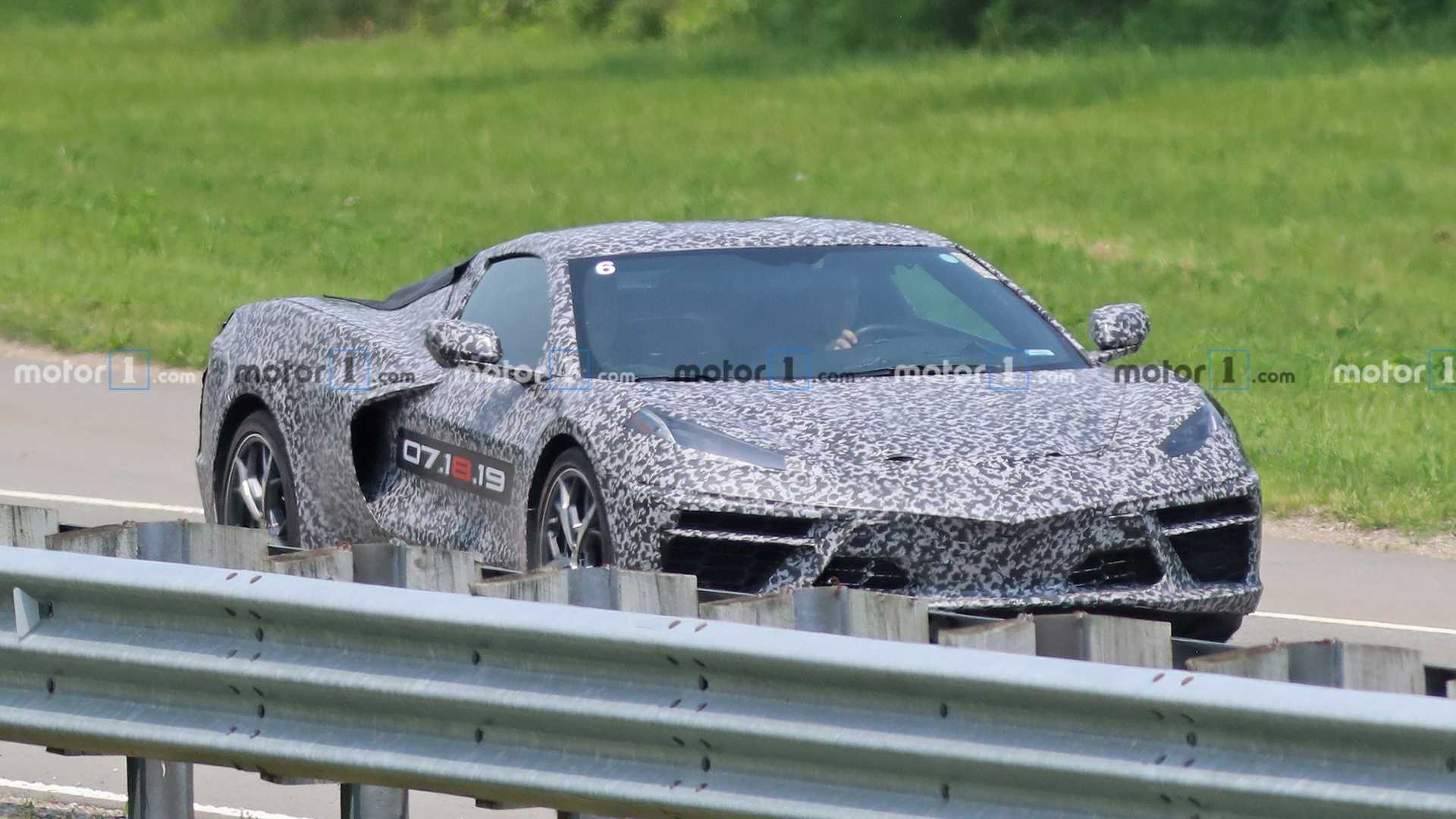 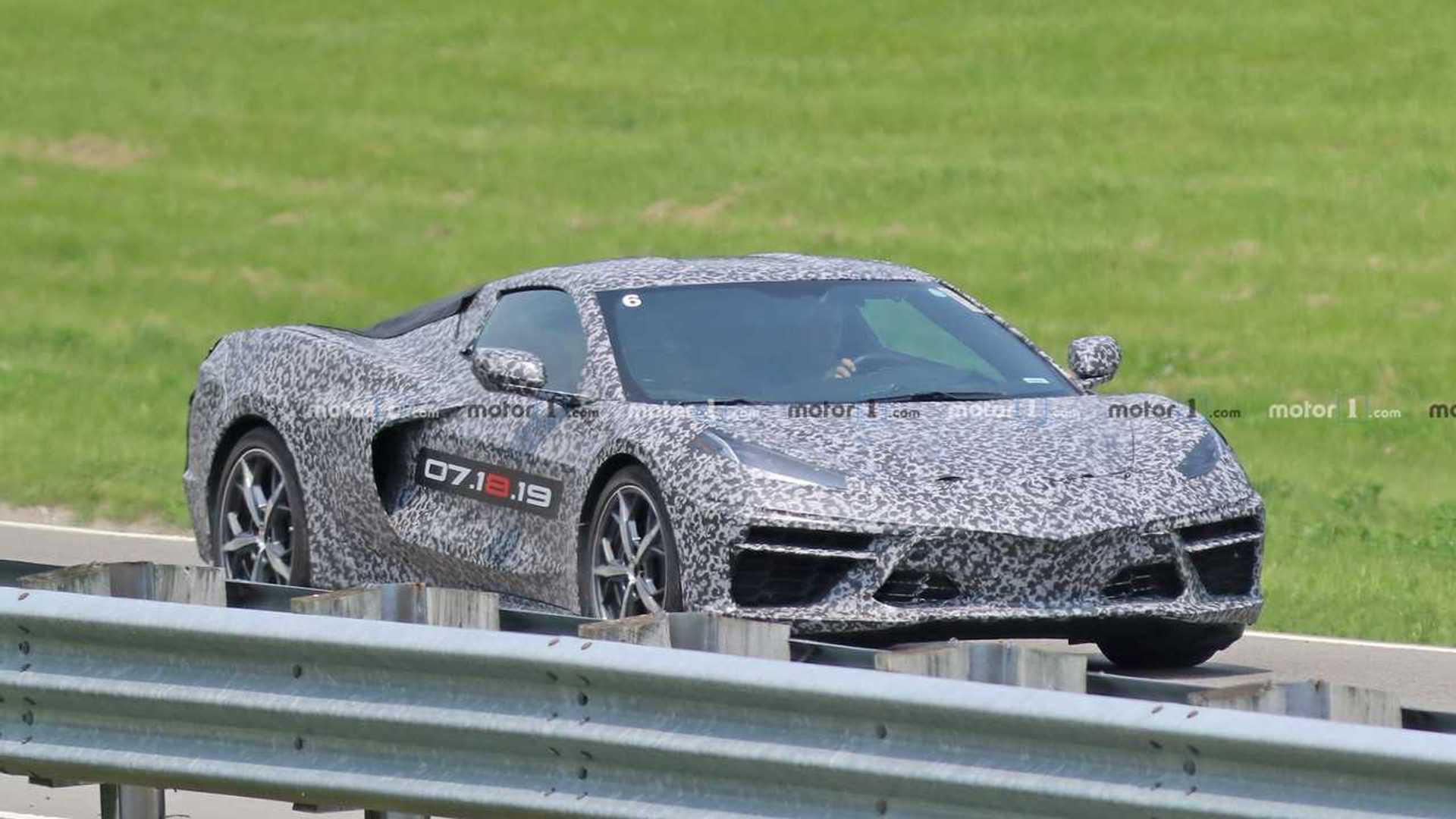 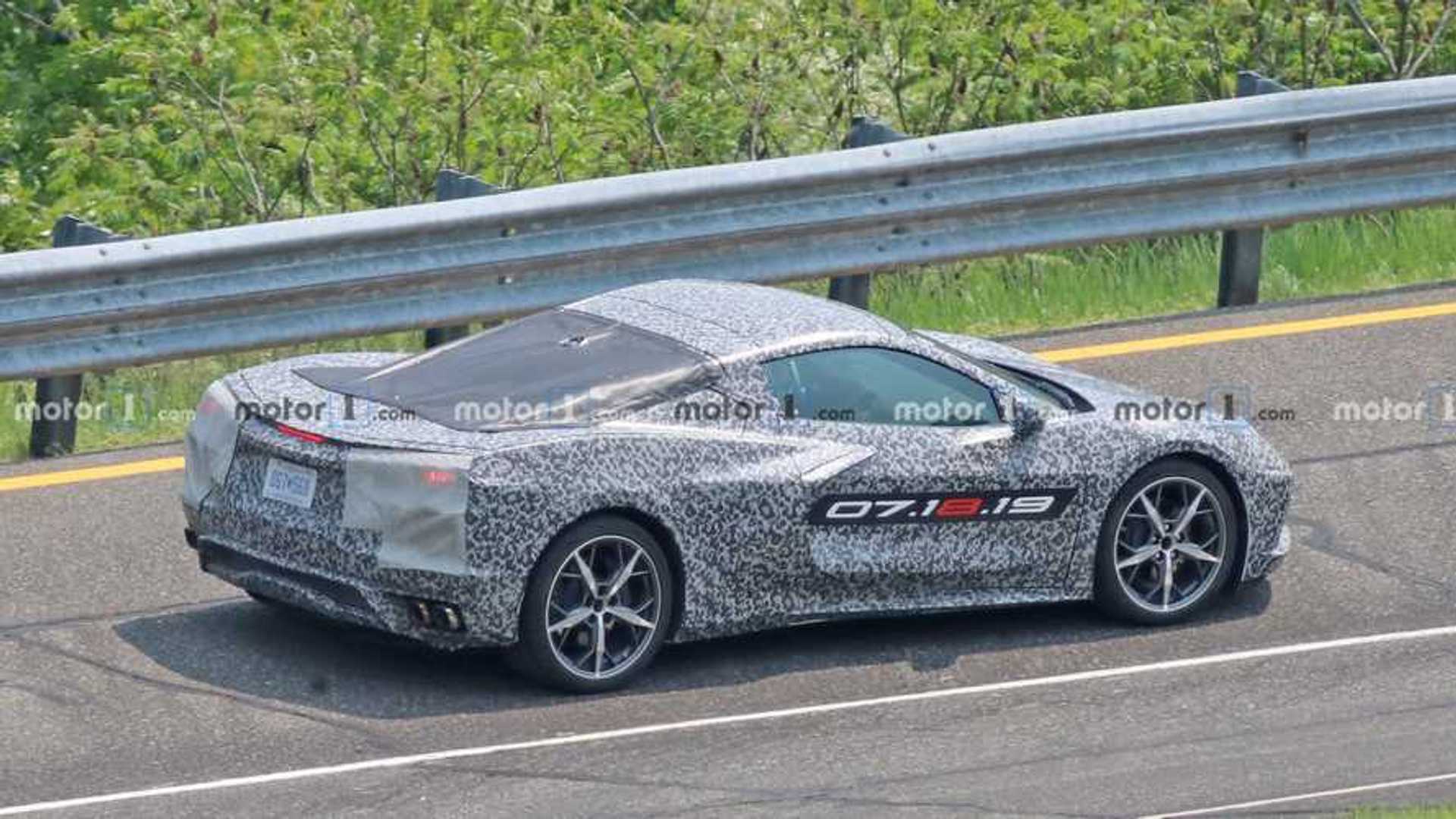 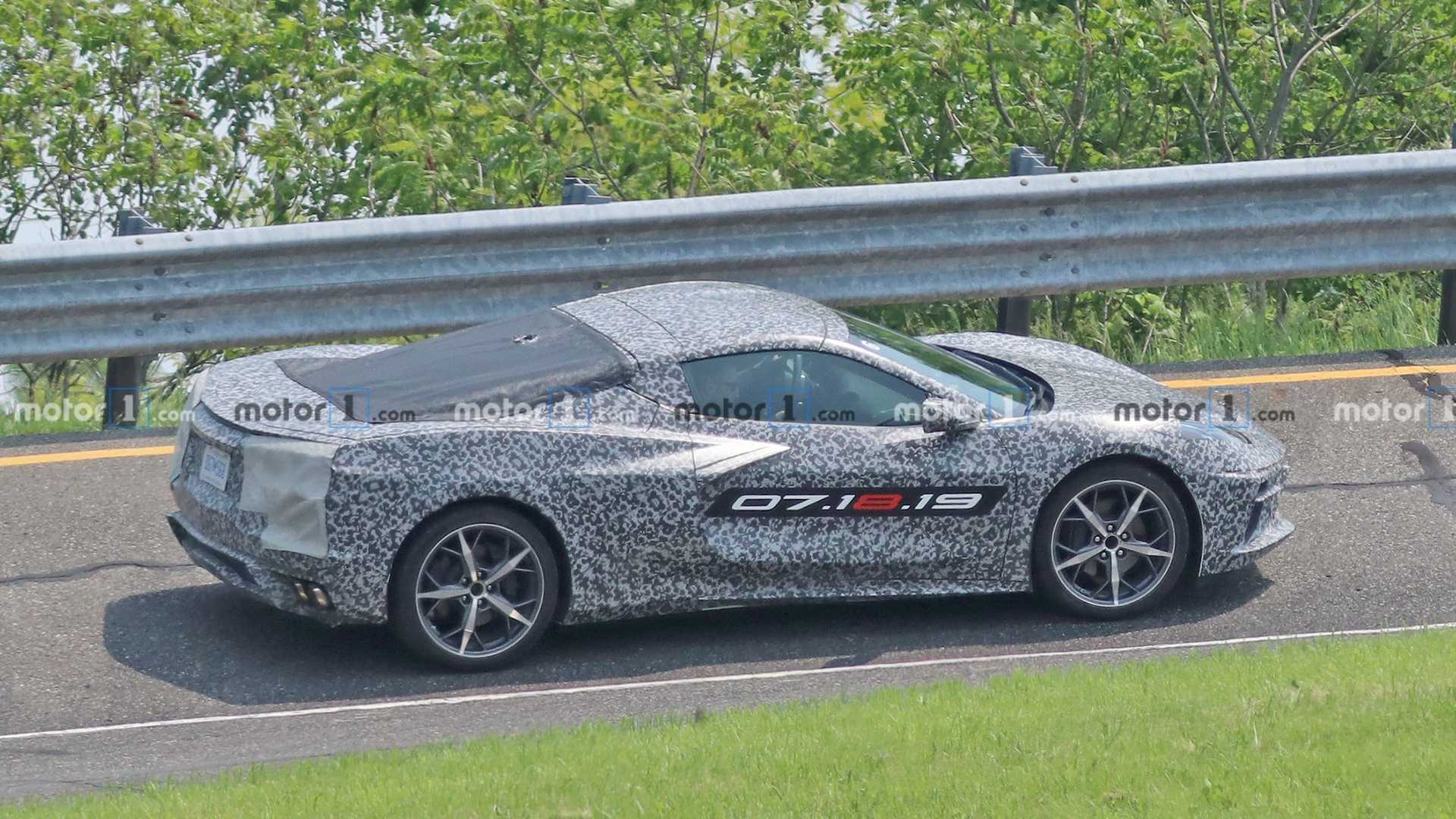 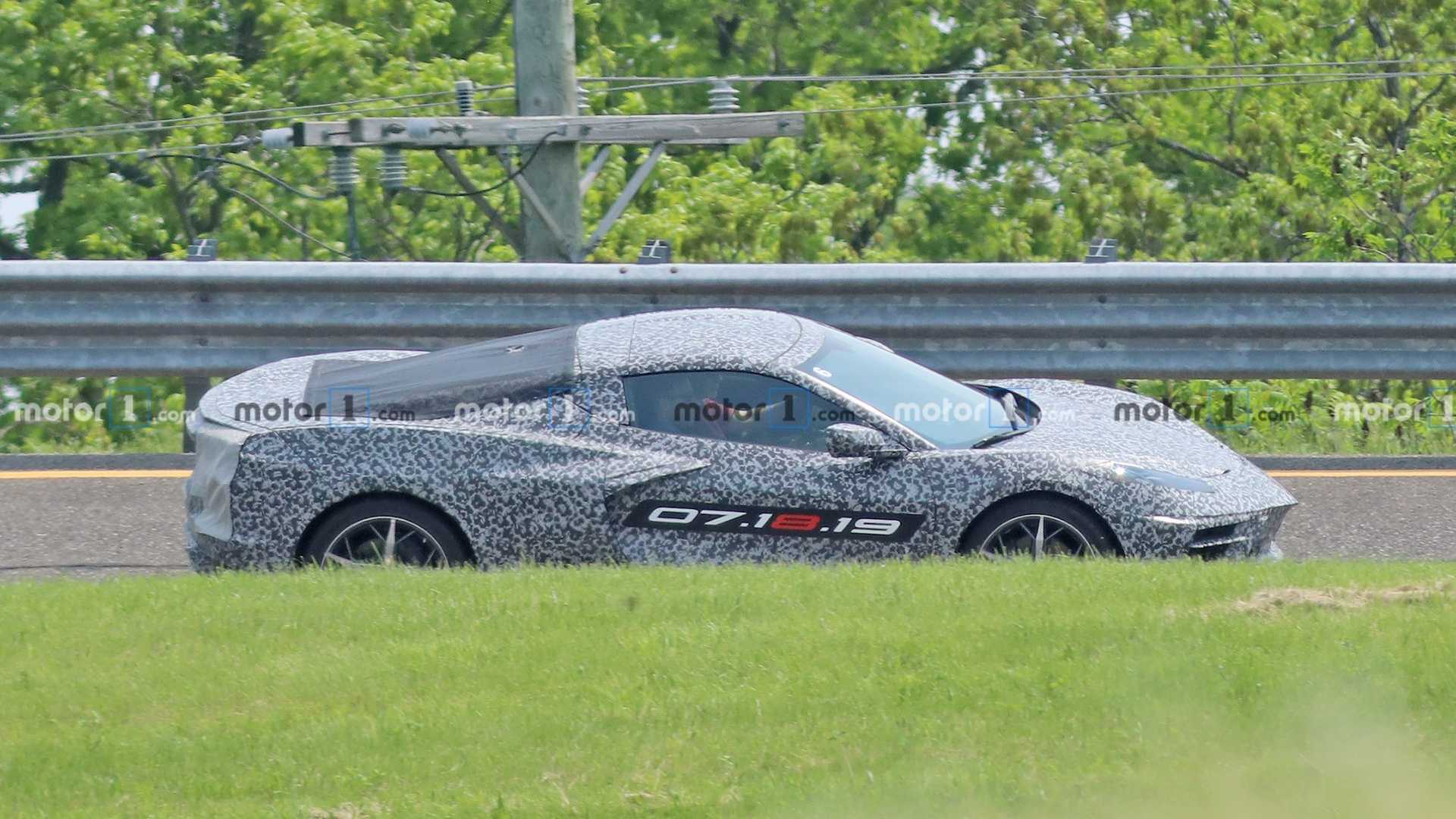 Is there anything new to report on the powertrain side? Not really, though we continue to hear conflicting reports on what engine lies beneath that rear cover. One group of claimed insiders stand firmly behind a new 500-horsepower (373-kilowatt) naturally aspirated 4.2-liter DOHC V8. The other group disagrees, saying the familiar 6.2-liter cam-in-block V8 will carry over, which currently produces 460 hp (343 kW) in the C7 Corvette Stingray. Regardless of the engine, shifting duties should be carried out by a dual-clutch gearbox with paddle shift and an automatic mode. 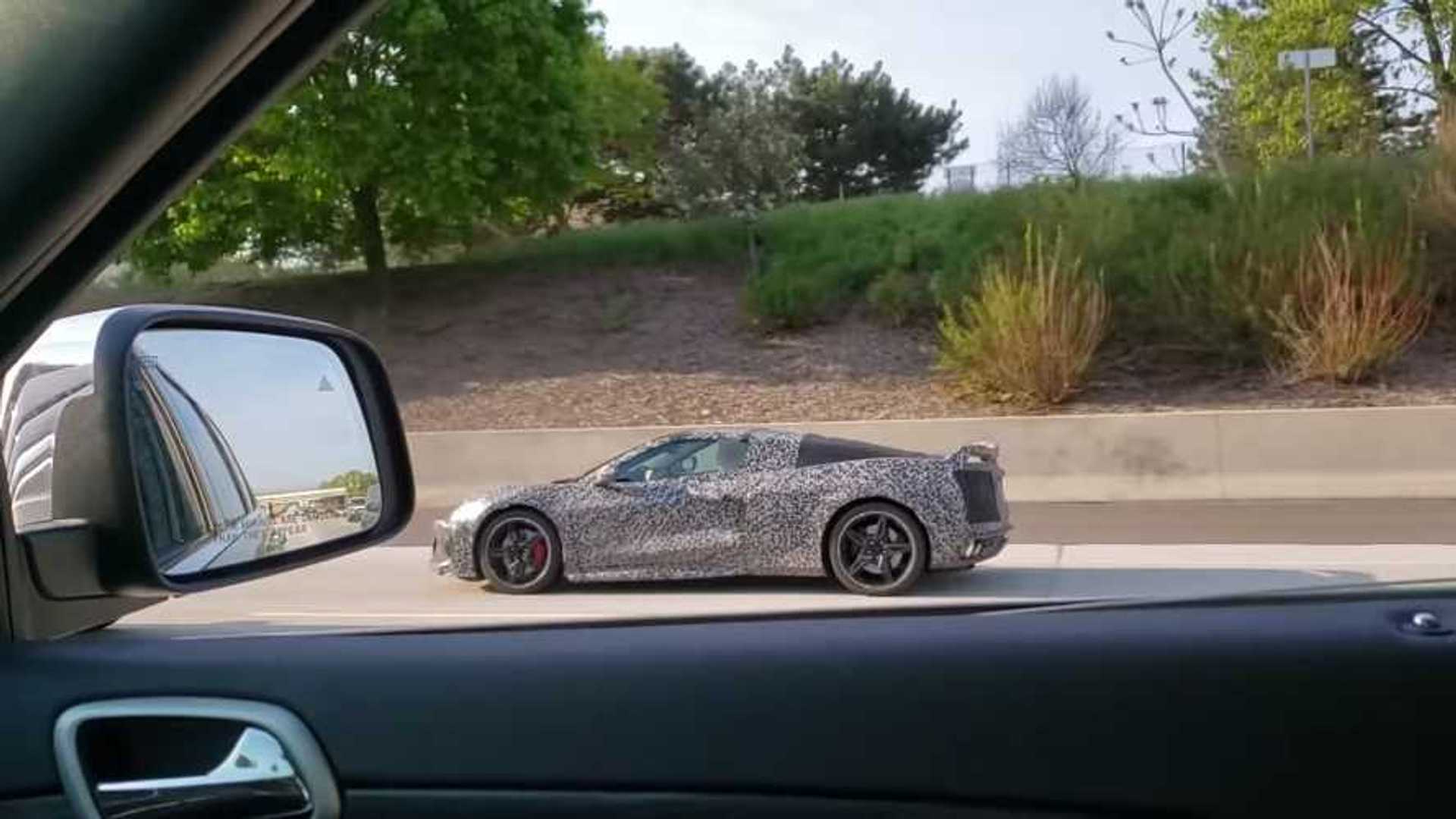 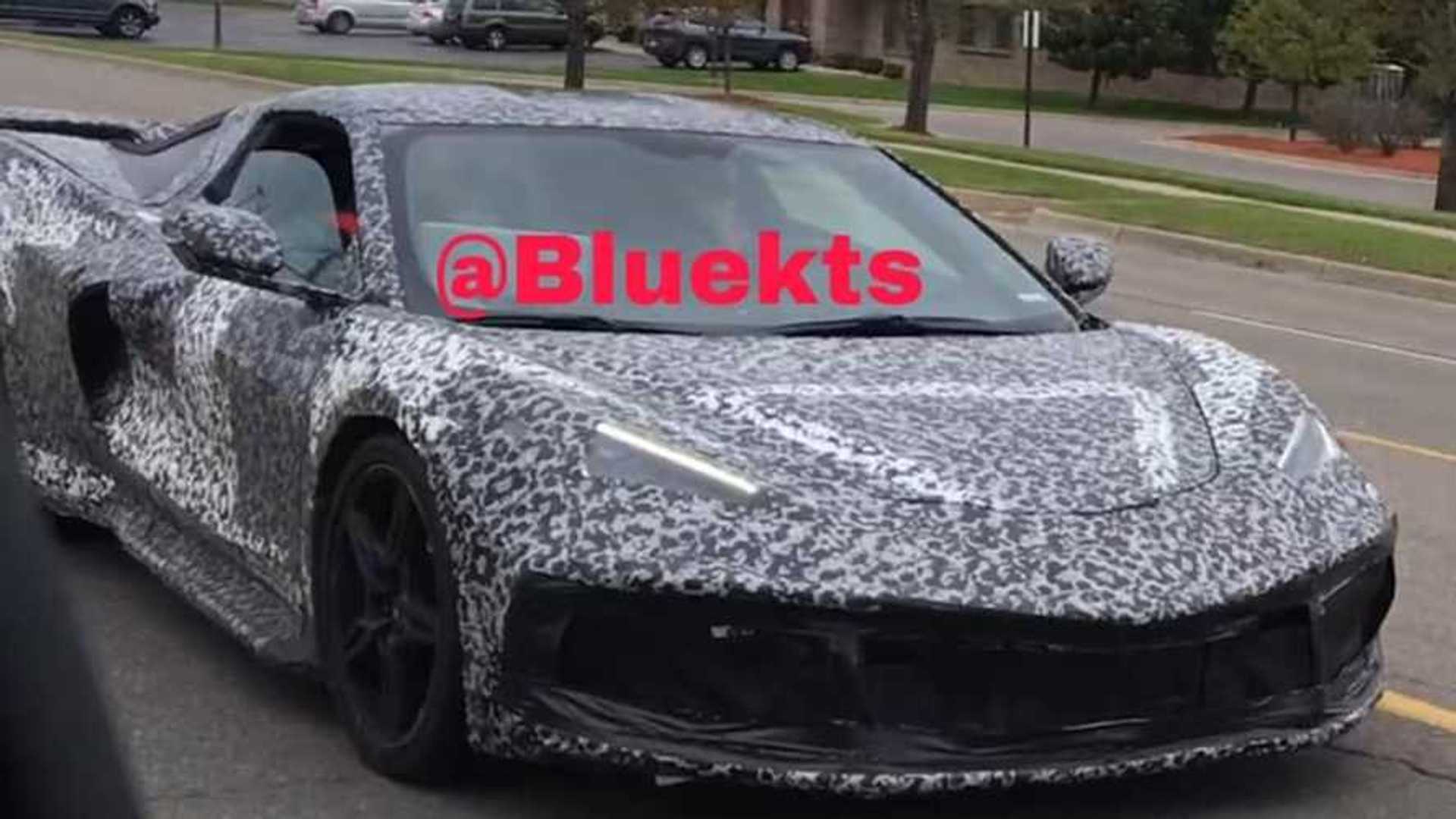 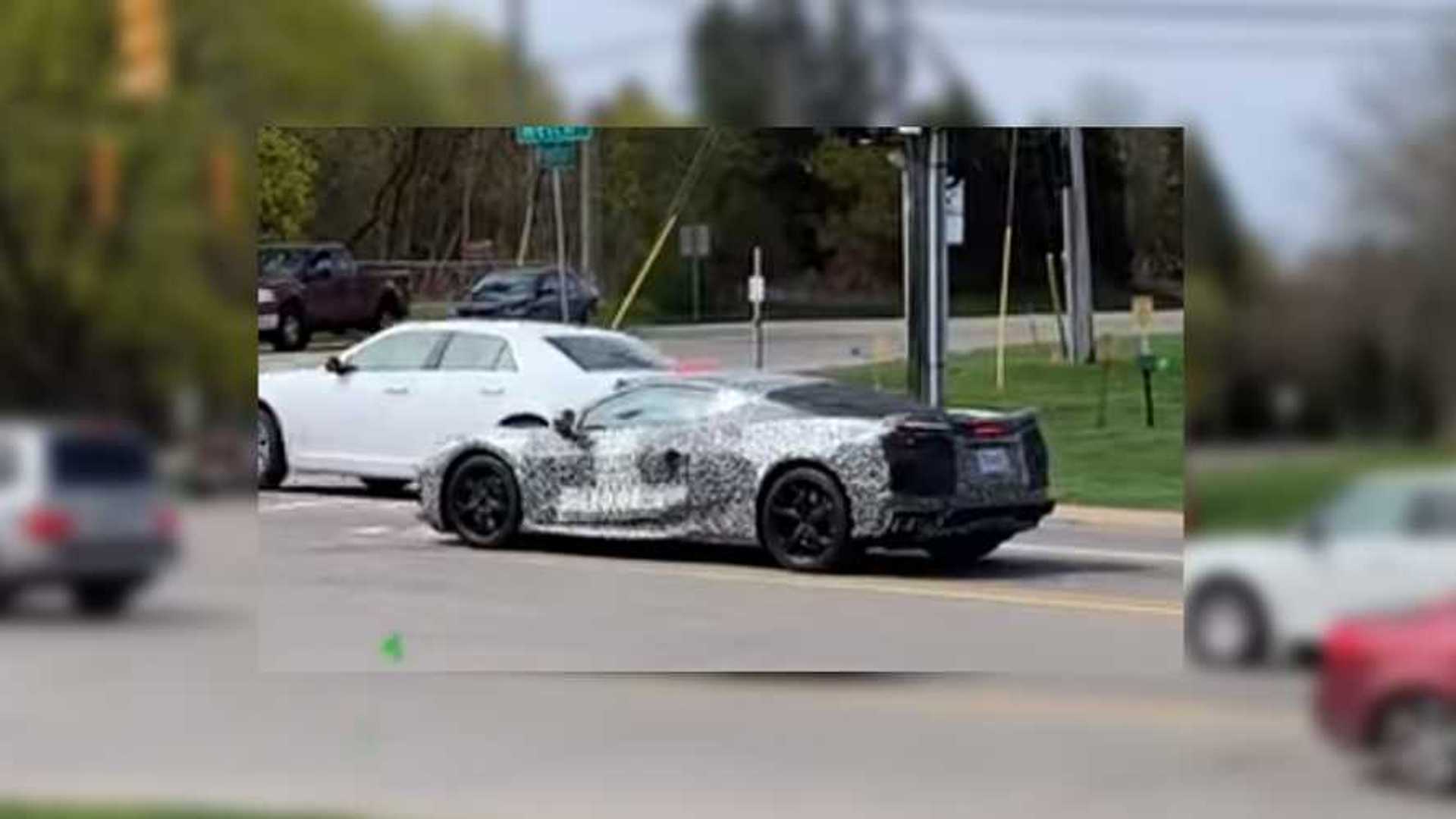 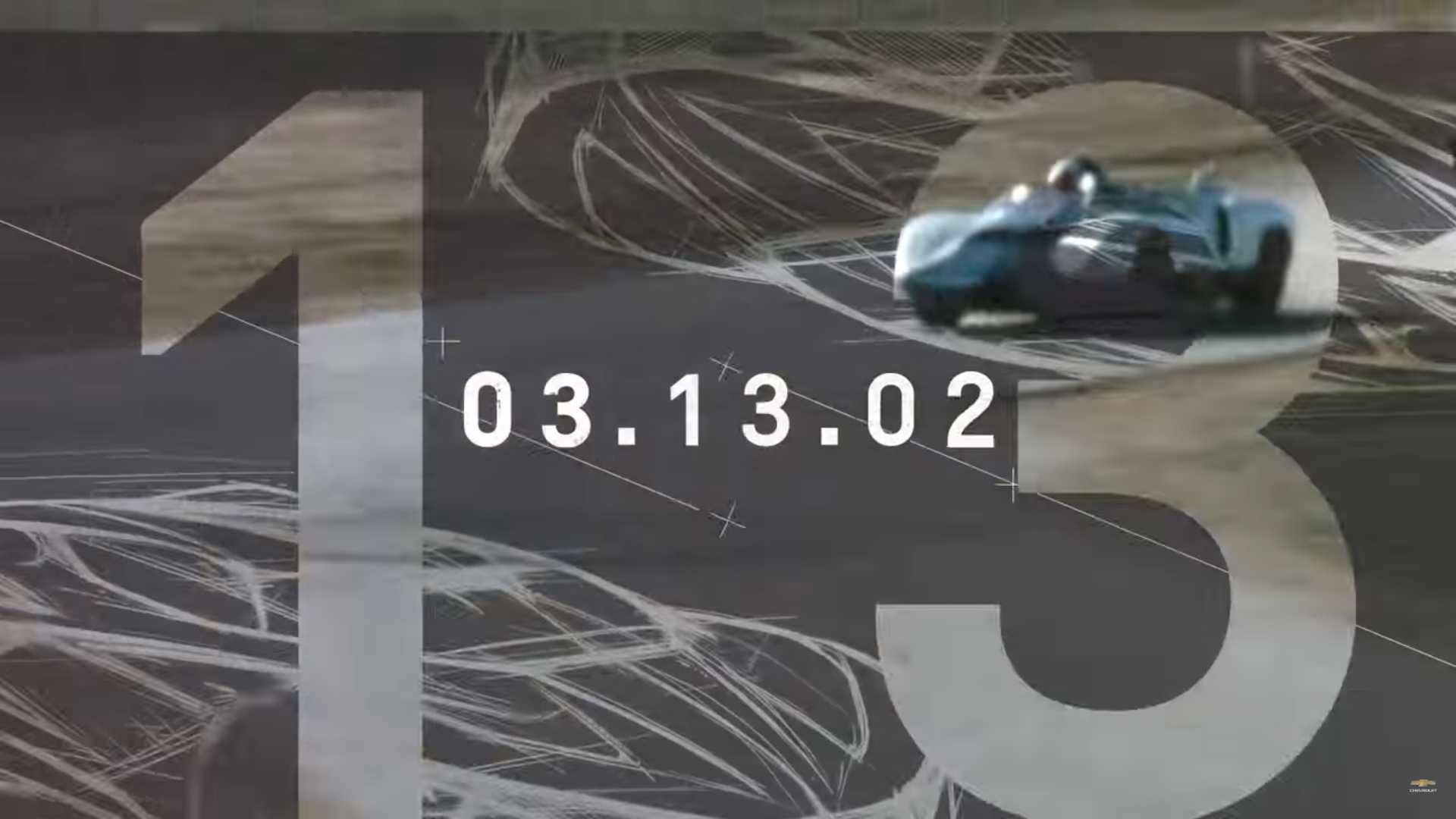 Chevrolet will launch the first mid-engined Corvette in its base form, followed by boosted models and possibly a hybrid version that could hit 1,000 hp (746 hp) before all is said and done. The new Corvette saga starts on July 18, with the official C8 unveiling in Southern California.