The camouflage is gone, everything looks ready for production.

The next-generation Mercedes-Benz G-Class 4×4 Squared has been long in the making. We saw the first signs of the German company working on a hardcore version of the G almost a year ago, and today we have a new batch of spy photos. These shots come straight from our photographers near the Nurburgring, where Mercedes has a test center.

This prototype wears no camouflage but honestly, there’s not much to hide. Interestingly, the previous test cars had disguised wheel arches but for this one, Mercedes has decided to replace the camouflage with black tape. It doesn’t look very professional but it does the job, after all. 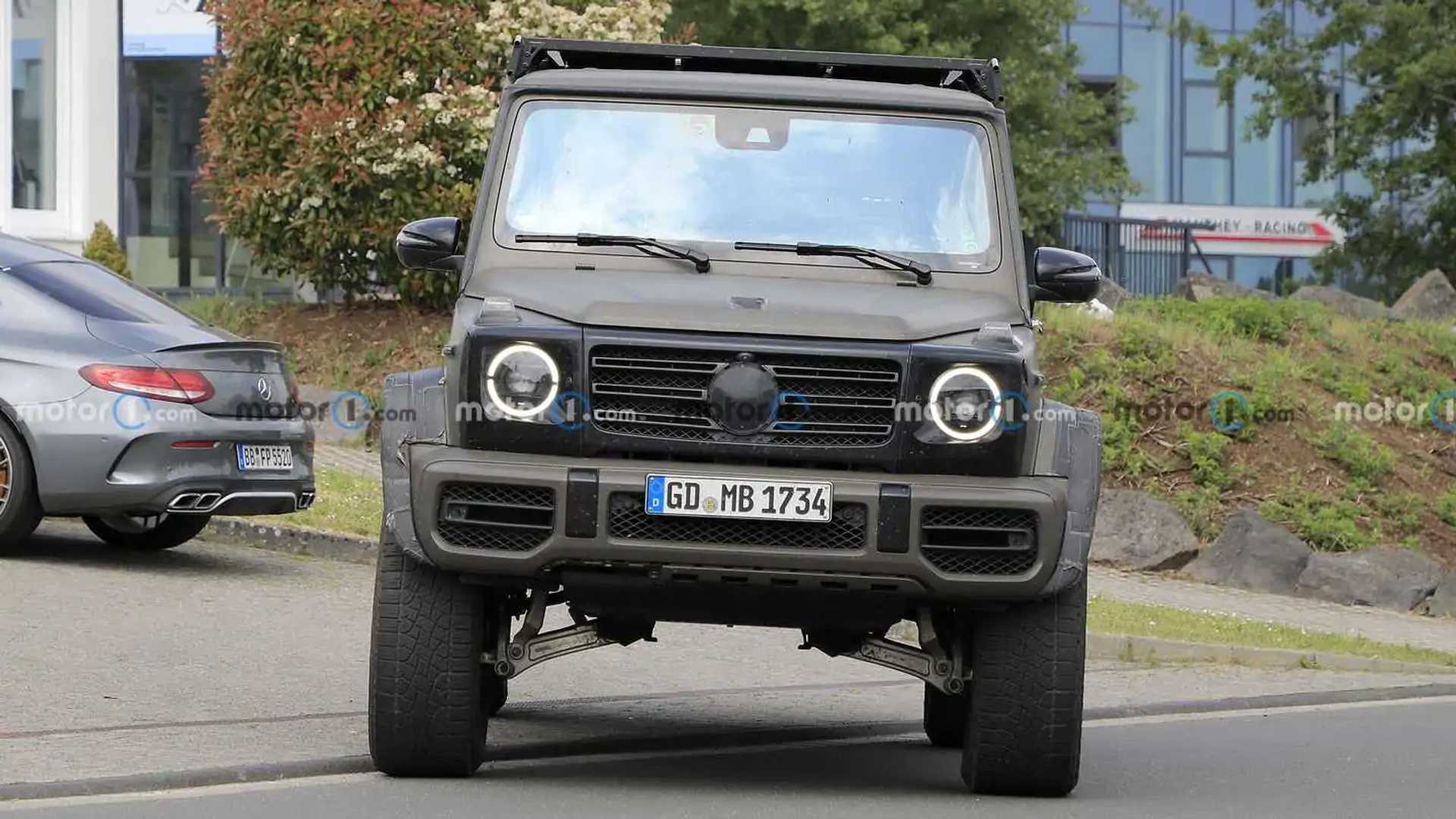 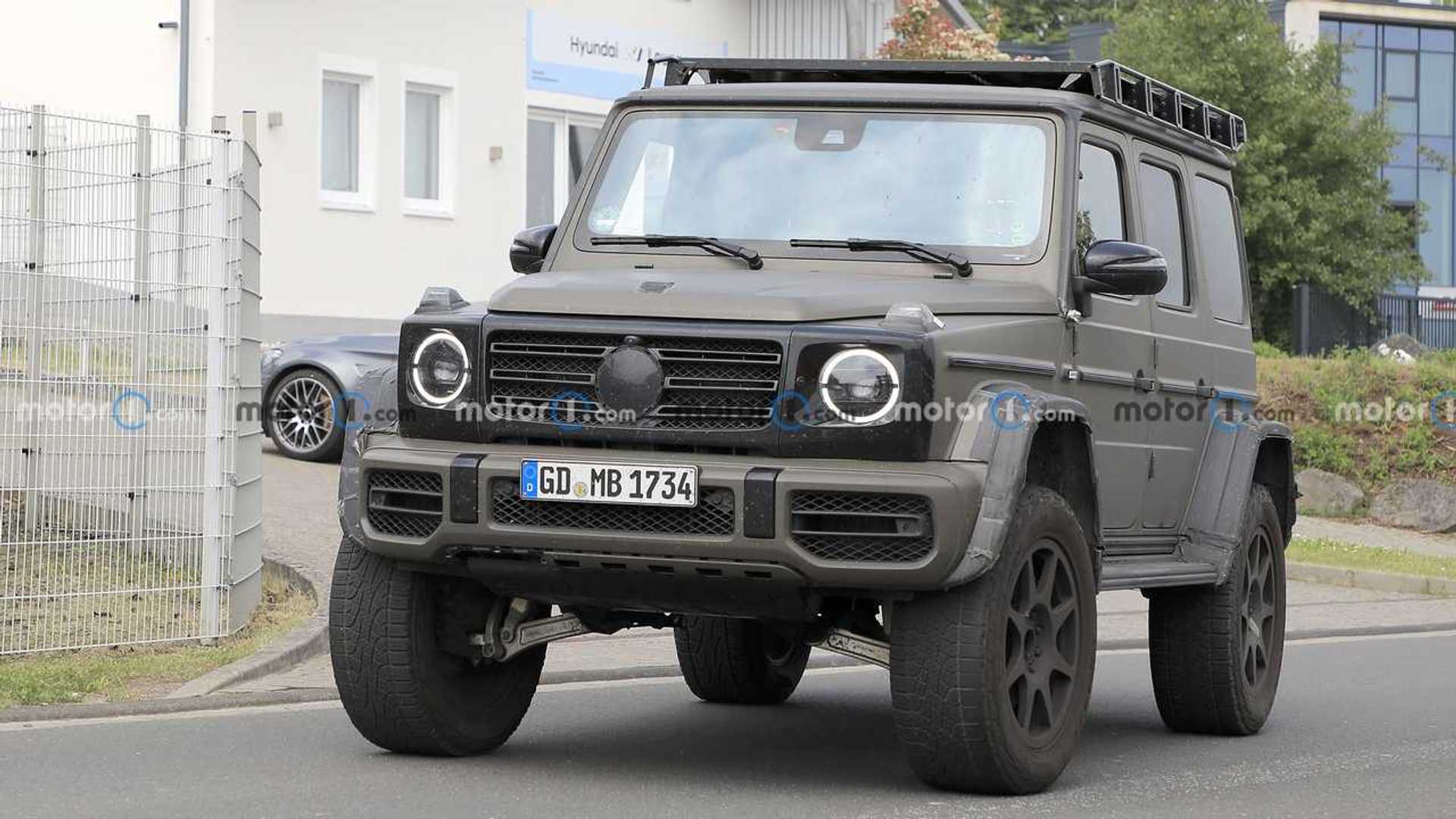 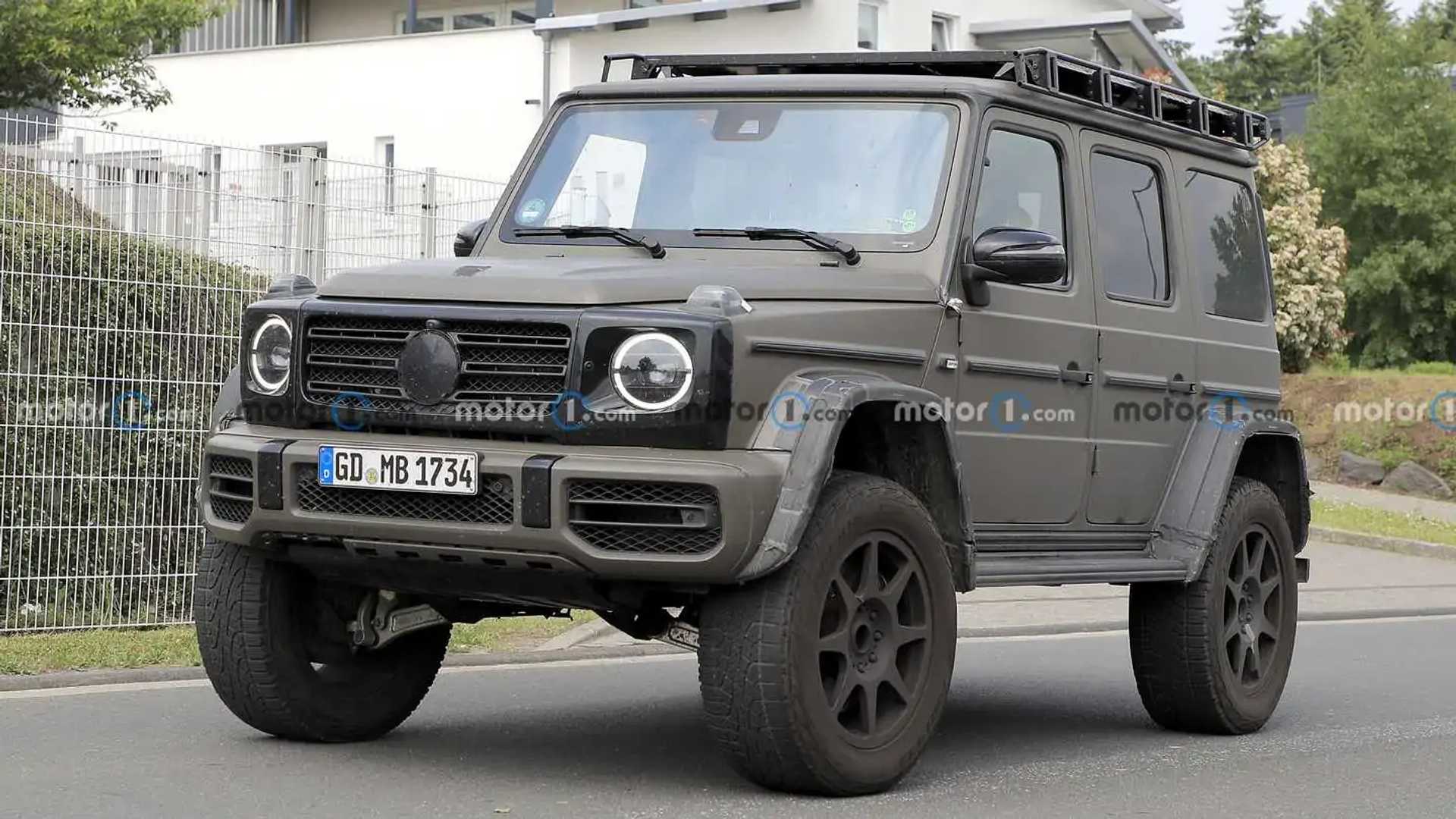 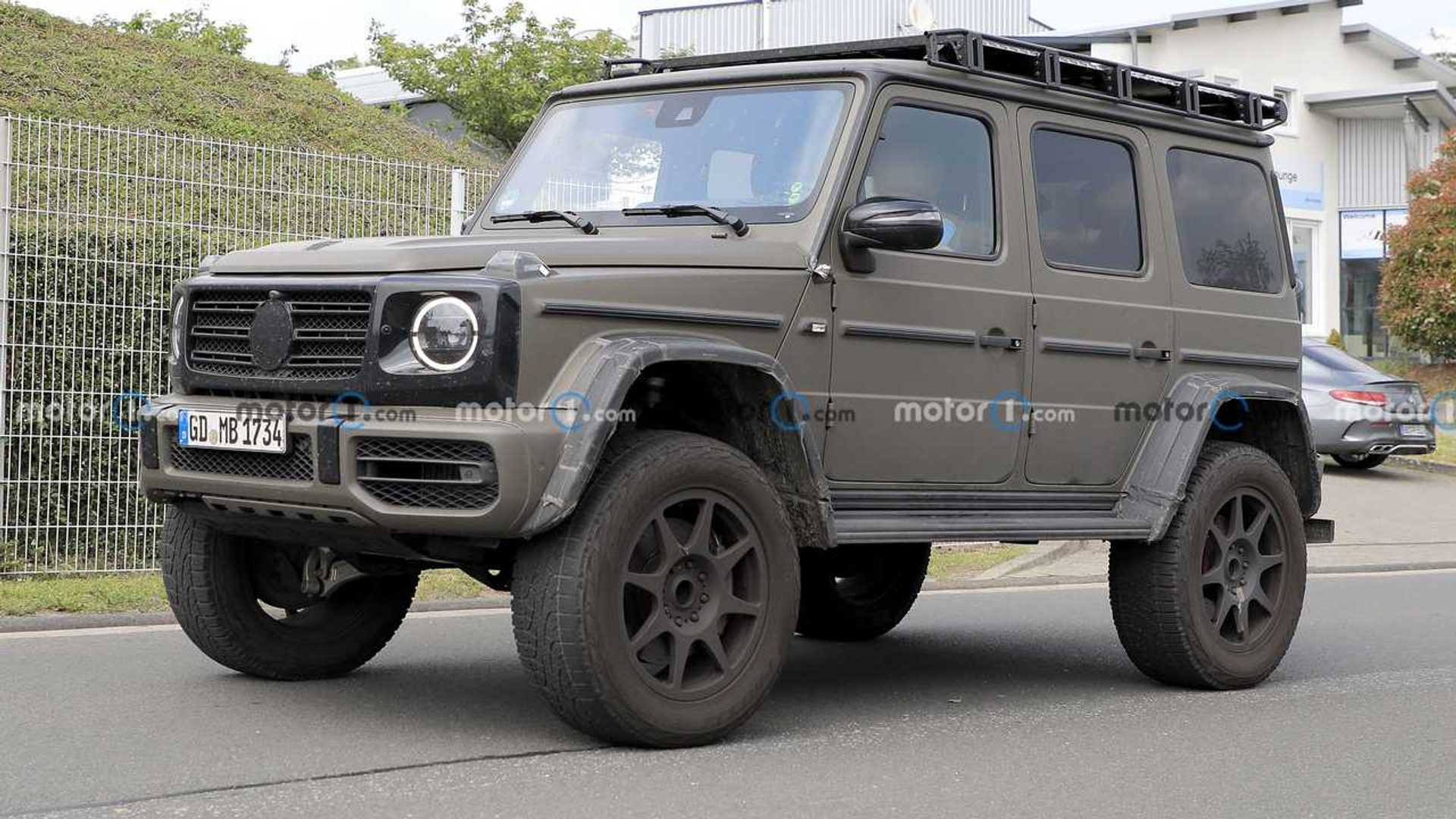 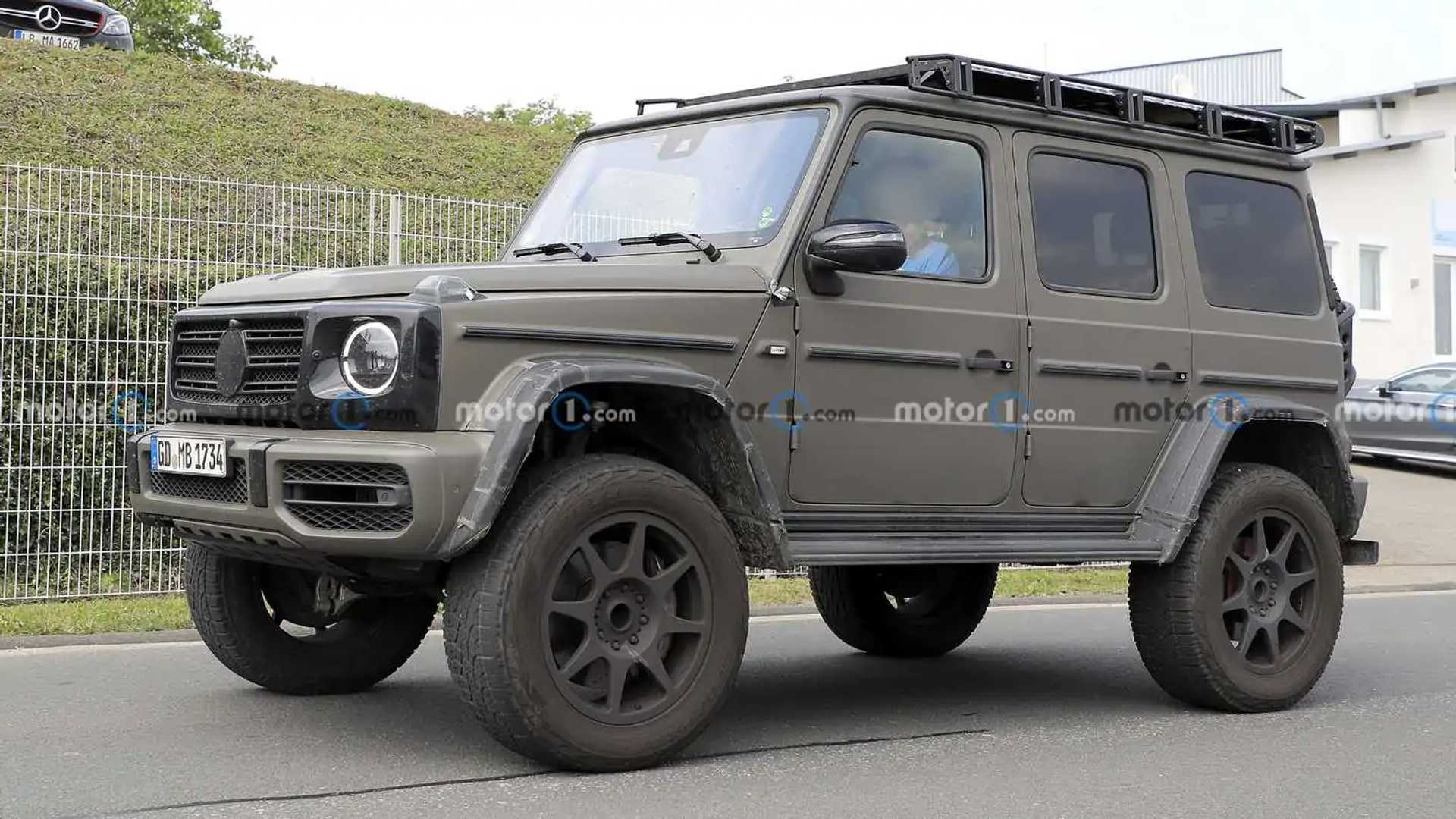 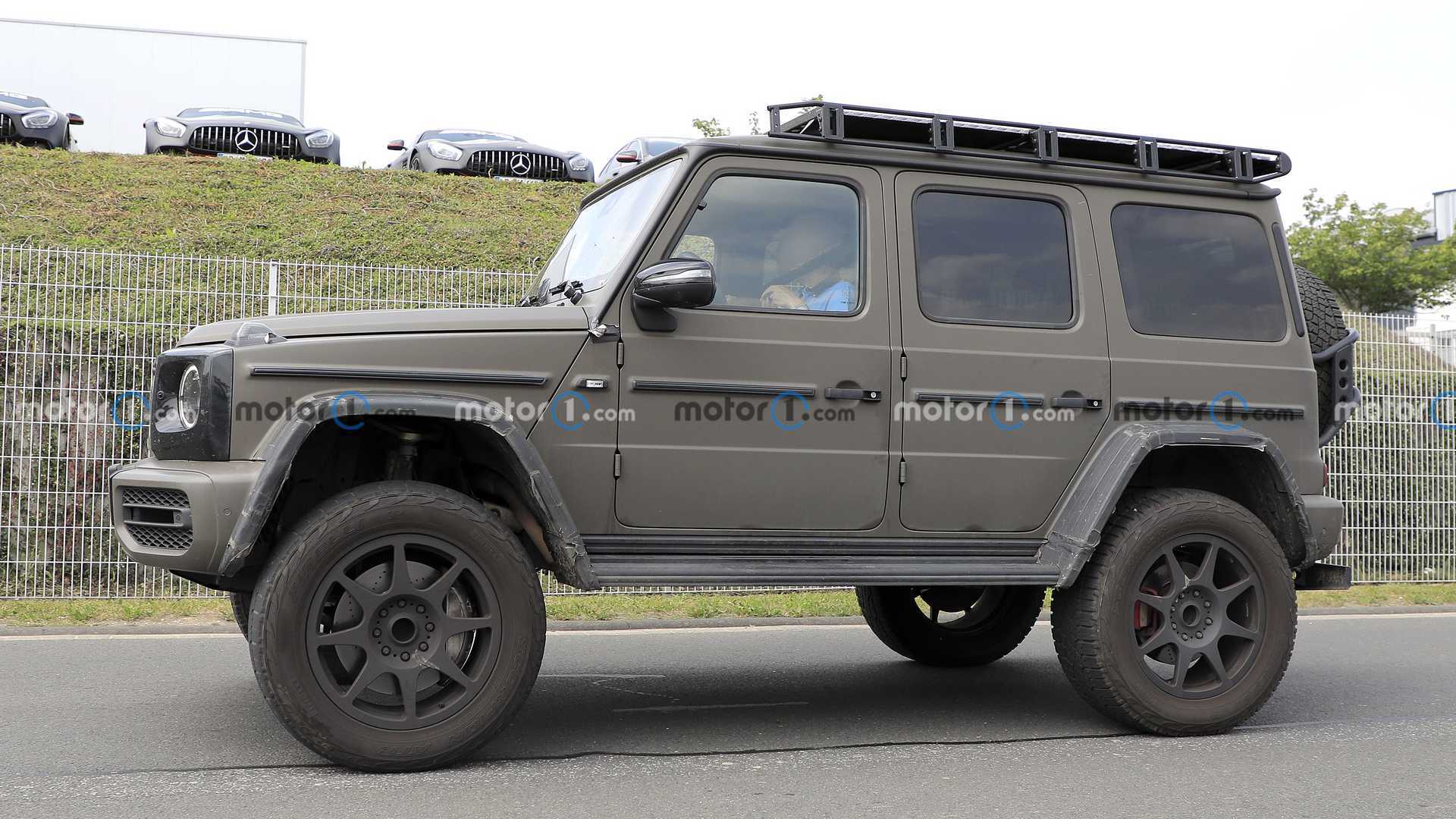 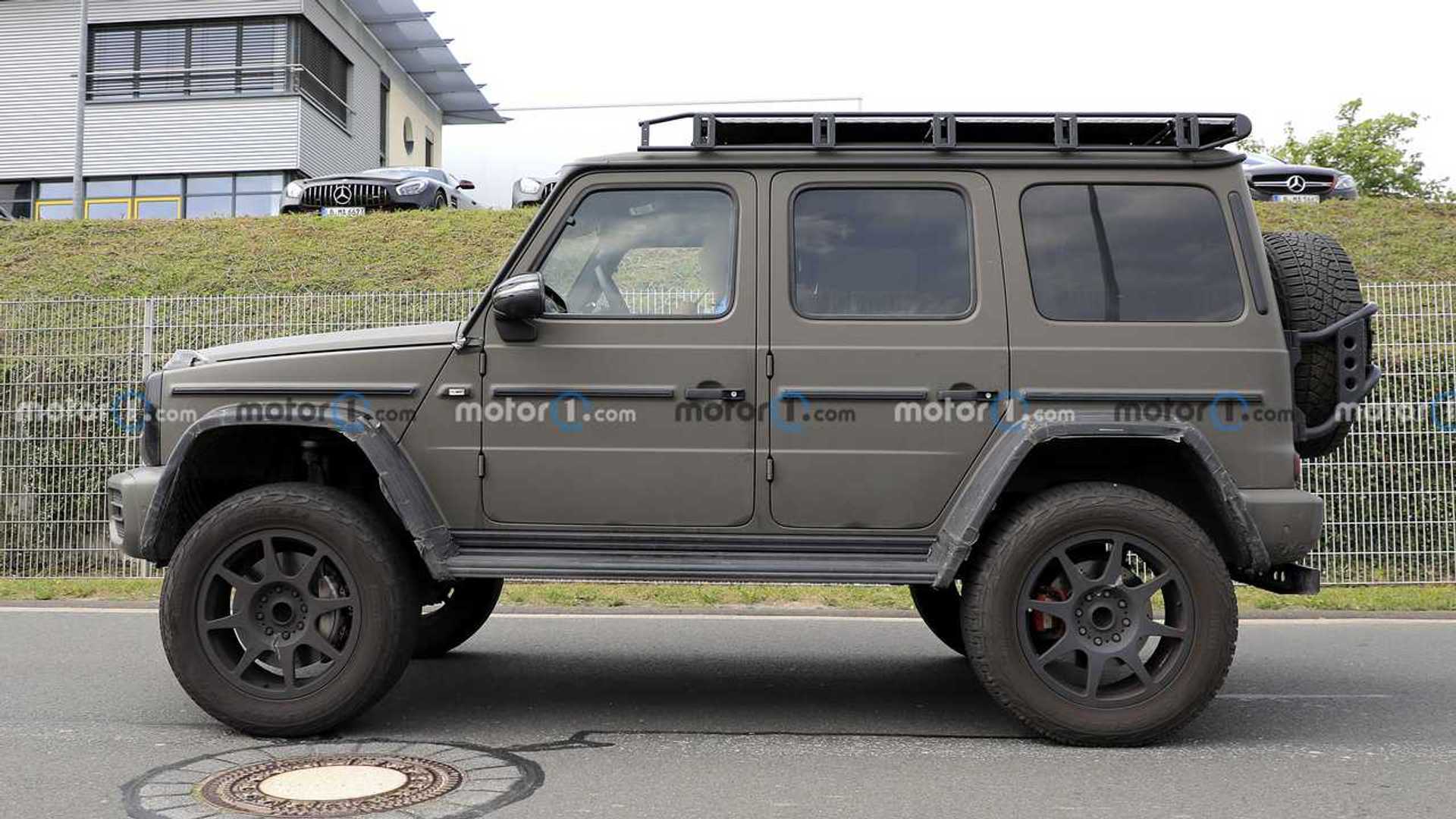 This G-Class is finished in matte green color and is equipped with a roof rack and a full-size spare wheel at the back. The spare wheel rack is also covered with black tape, though it’s probably not hiding anything really special. Also worth noting is that this prototype has more aerodynamic side mirrors compared to the one spied on the Nurburgring track in March this year.

The recipe for the G-Class 4×4 Squared appears to be set now and Mercedes is probably fine tuning the little details. The biggest mystery surrounding the hardcore off-roader is what will hide under the hood. We are 99.99 percent sure it will debut with a 4.0-liter twin-turbo engine, though it remains to be seen whether it will be in standard G550 (G500 in Europe) state of tune or it will be massaged by AMG.

We hope we will get to see the new G-Class 4×4 very soon. Word on the street is it might arrive later this year, and the IAA in Munich next month sounds like a possible event for the big debut.