It’s strong, but does not beat the Mercedes-Benz EQC.

The Mercedes-Benz EQV 300 is a luxurious all-electric van, equipped with a big 100 kWh battery and ready for long distance travel. In this post we will try to analyze its fast charging capabilities, using test results released recently by Fastned.

Let’s start with the charging curve, which in the case of EQV is pretty flat. The peak seems to be around 110 kW, which is in line with the specs.

The charging power decreases gradually, after 50% SOC and then even more after about 85% SOC. Nonetheless, even at 90% it’s still at 50 kW.

The manufacturer says that 10-80% DC fast charging should take about 45 minutes. There is also a three-phase 11 kW on-board charger. 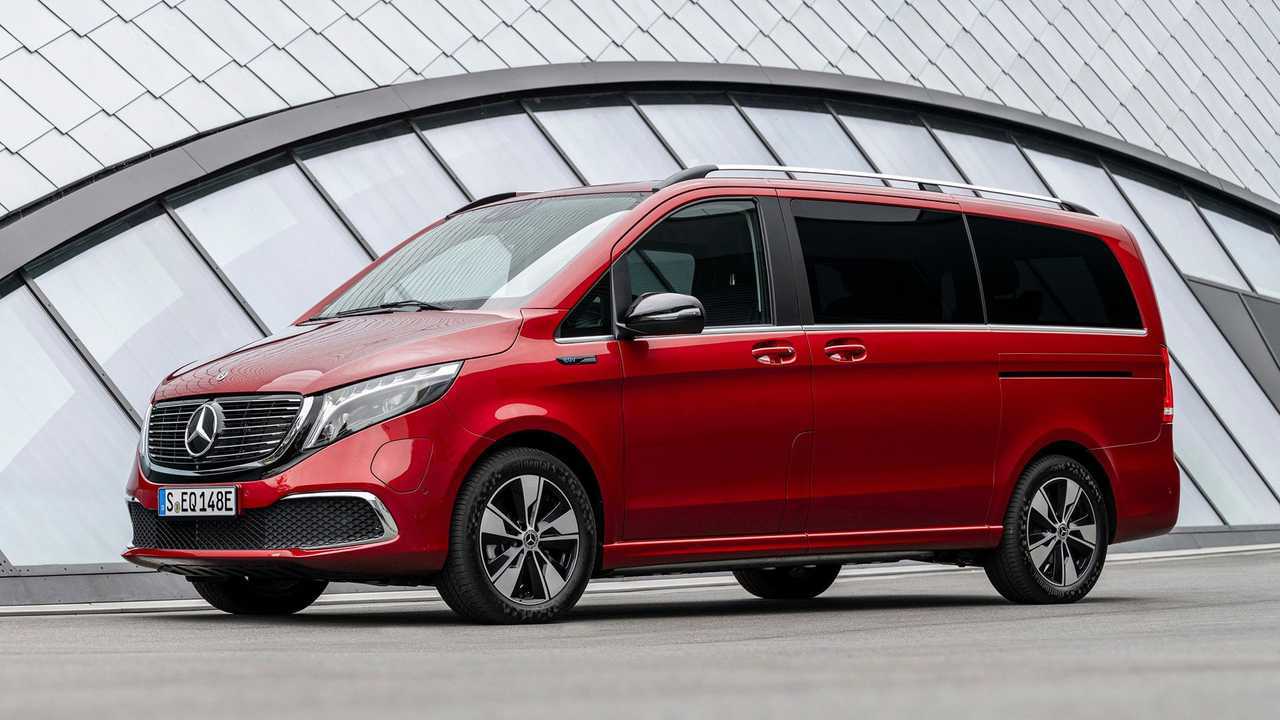 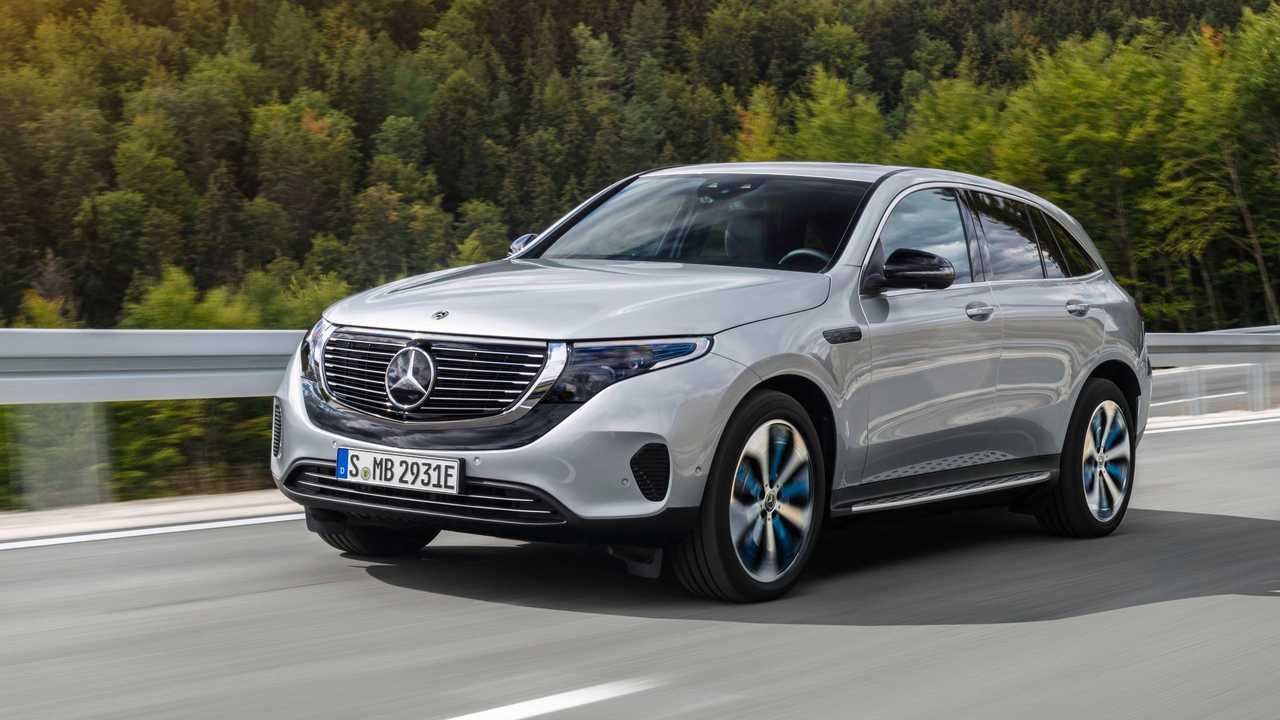 The EQV has a noticeably bigger battery than the Mercedes-Benz EQC 400 SUV, but when we compare the two side-by-side, it turns out that the EQC is slightly ahead of the EQV. 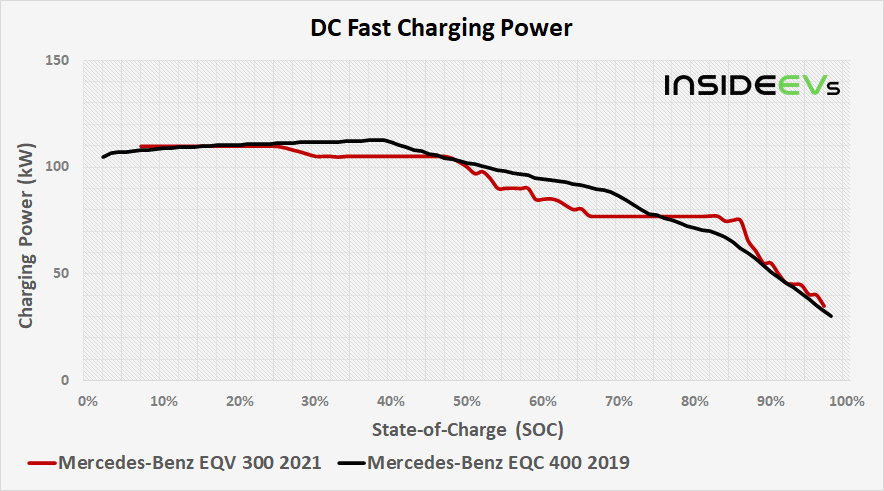 Assuming that the EQC has an 85 kWh pack (the usable capacity is around 80 kWh), it actually works harder than the one in the EQV. 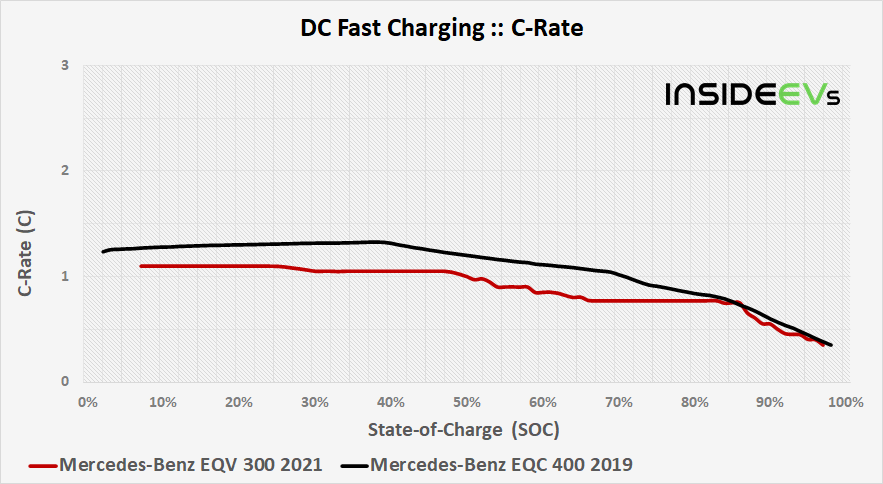 And the final chart – because of the huge differences in energy consumption, the EQC can easily win any long-distance race because it replenishes range much faster: 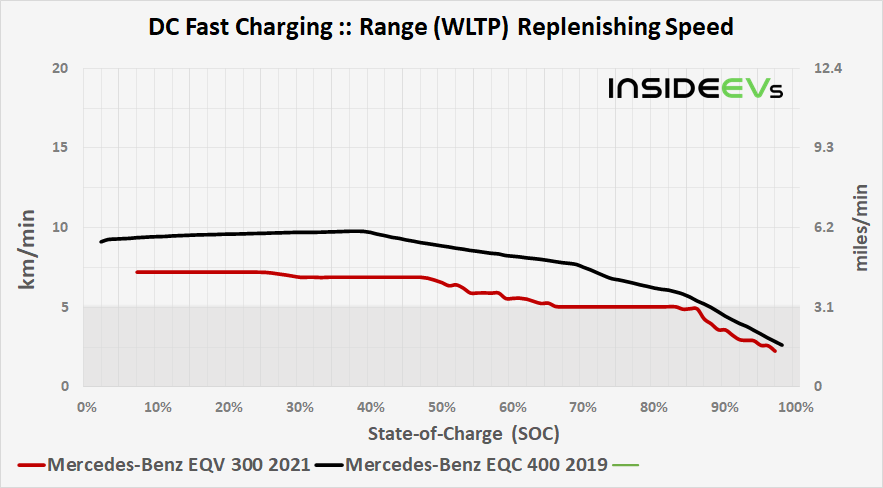