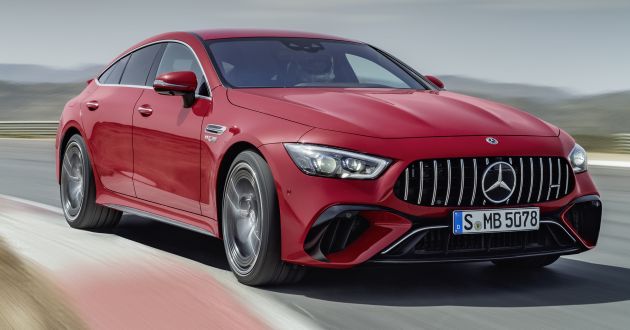 After years of rumours and teasers, Mercedes-AMG is finally diving head-first into the world of electrification with the new GT 63 S E Performance. No, this plug-in hybrid doesn’t bear the oft-reported GT 73 moniker, but rest assured that this is indeed the 800-plus horsepower monster you were promised.

But it’s at the back where this AMG diverges from the script. Here, you’ll find a P3 electric motor, making 150 kW (204 PS) and 320 Nm and driving the rear wheels through an electronic limited-slip differential and a two-speed transmission. The latter engages second gear at around 140 km/h to enable the motor to continue providing motive power at higher speeds. 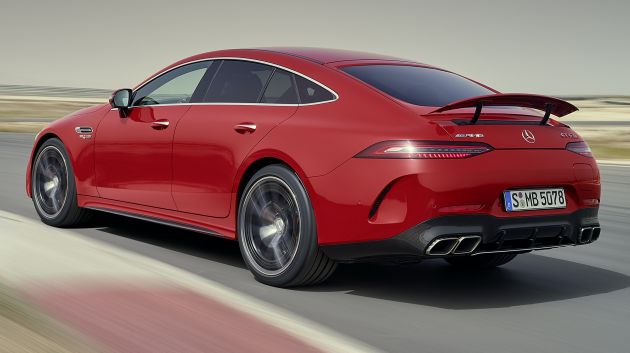 A second propshaft enables some torque to be sent back up to the front wheels, providing all-wheel drive and the world’s most expensive game of connect the dots. A second electric motor, a 10 kW (14 PS) belt-driven starter-generator, is wedged between the engine and the nine-speed AMG Speedshift MCT 9G automatic gearbox, powering the ancillaries in case the main battery is low in charge.

The net result of all this added complication is an astonishing power figure of 843 PS and a towering 1,470 Nm, making this the most powerful AMG model in series production. So equipped, the new GT 63 S sprints from zero to 100 km/h in 2.9 seconds, smashes the 200 km/h barrier in under ten seconds and hits a top speed of 316 km/h.

Of course, the car can drive on electric power alone, but the liquid-cooled rear-mounted lithium-ion battery isn’t very big, with a capacity of only 6.1 kWh. Mercedes-AMG says it is designed for fast power delivery rather than range, producing 70 kW (95 PS) continuously and the full 150 kW for up to ten seconds. 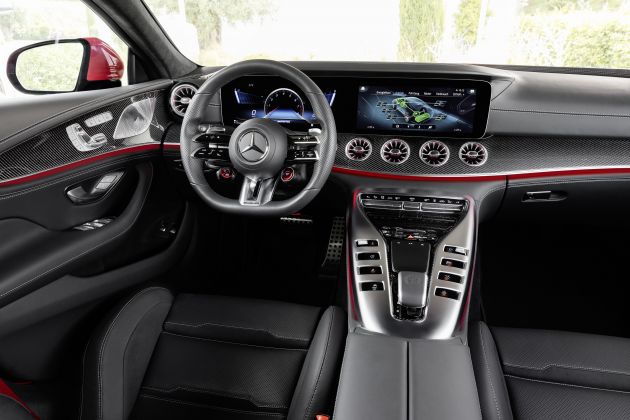 As such, the all-electric range of the GT 63 S is only 12 km (at speeds of up to 130 km/h), although the battery weighs only 89 kg as a result. No charging times were shared, but the car is capable of accepting up to 3.7 kW of AC power through its on-board charger.

The AMG Dynamic Select drive mode selector has Electric, Comfort, Sport, Sport+ Race, Slippery and Individual settings. The car defaults to Comfort and starts silently, although it does play an engine startup sound through the speakers. There’s also an acoustic warning system mandated by law, with a specially-developed sound playing through the exterior and interior speakers at low speeds.

As you move up the order from Sport to Race, the GT 63 S gradually unlocks more and more electric power while also sharpening the throttle response, gearshifts, steering and suspension. There are also four levels of regenerative braking, from zero to full one-pedal driving, with Race mode defaulting to the standard Level 1. 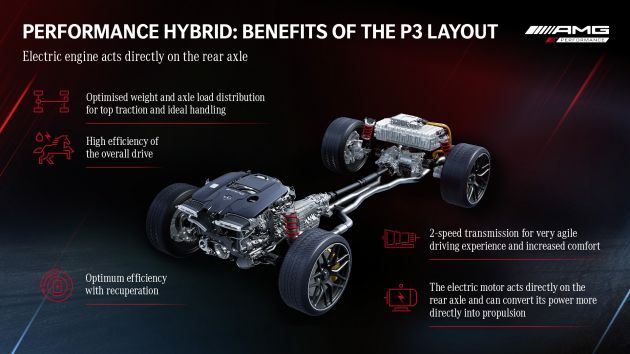 Not much separates the GT 63 S from lesser six-cylinder models. Aside from the charging port on the rear bumper, it also comes with gloss black shrouds over the corner air intakes, dual chrome slats and a redesigned centre inlet with another pair of (fake) ducts – although this can also be specified on the less well-endowed siblings. The new fluted trapezoidal quad exhausts are unique to the V8, however.