The AMG lite version of the new GLB compact crossover will probably debut in the months to come.

Introduced just a few hours ago at a dedicated event held in Utah, the Mercedes GLB will initially go on sale in the United States in the “250” flavor with a 2.0-liter four-cylinder engine rated at 221 horsepower and 258 pound-feet (350 Newton-meters) of torque. Europeans are also getting an entry-level “200” model of the seven-seat crossover with a smaller 1.33-liter engine with 163 hp and 184 lb-ft (250 Nm), along with a couple of diesels. Should you want more power, you’ll have to wait for the AMG versions.

The first one to come will be the GLB 35 caught on camera again while undergoing testing ahead of a world reveal likely to take place before the end of the year. Having seen the standard GLB and knowing how AMG upgrades the cars for the “35” spec, it’s easy to imagine what is hiding underneath the heavy camouflage. The big air intakes up front are already peeking through the camo, while the dual exhausts at the back further reveal it’s not a regular GLB. 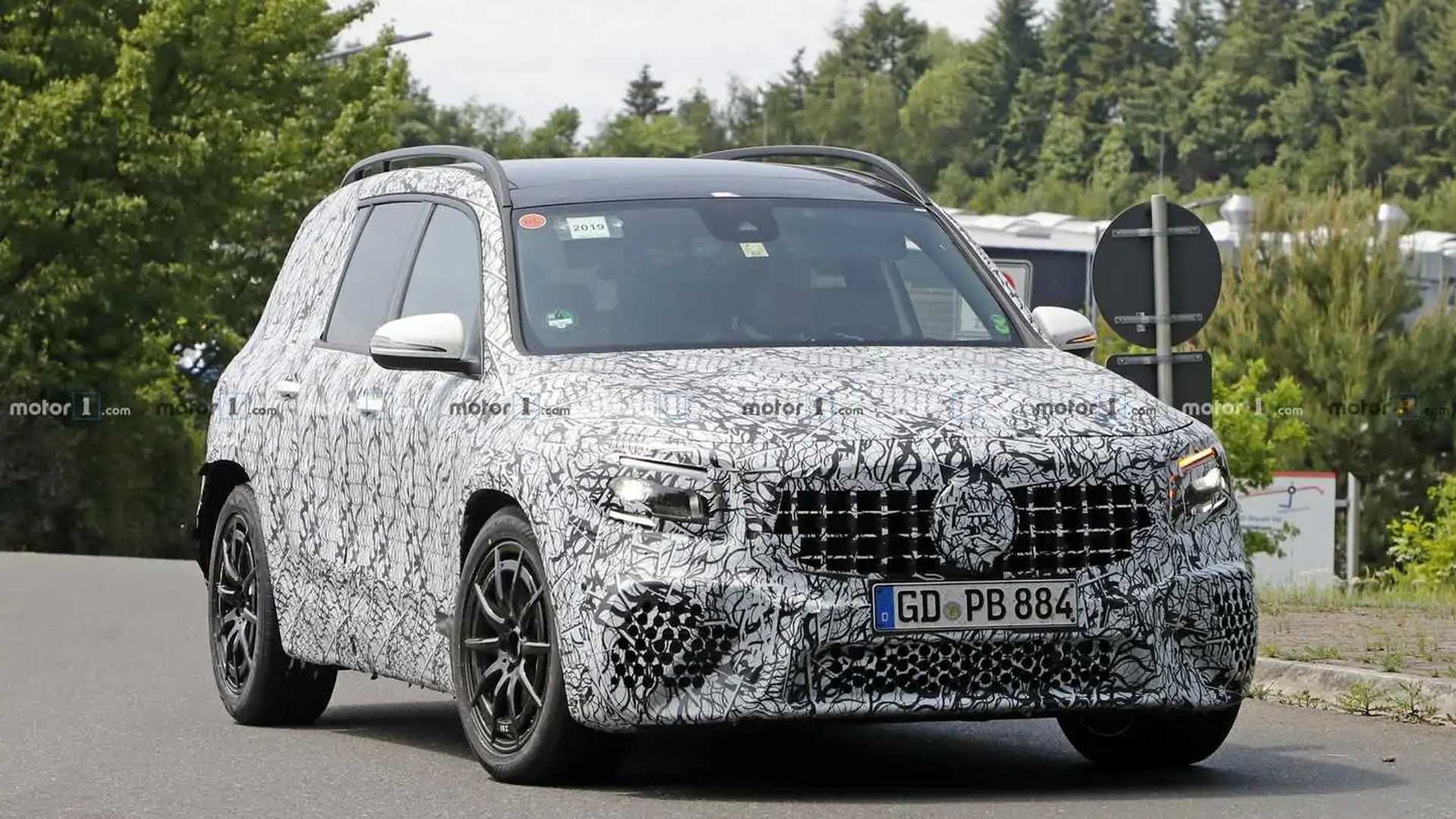 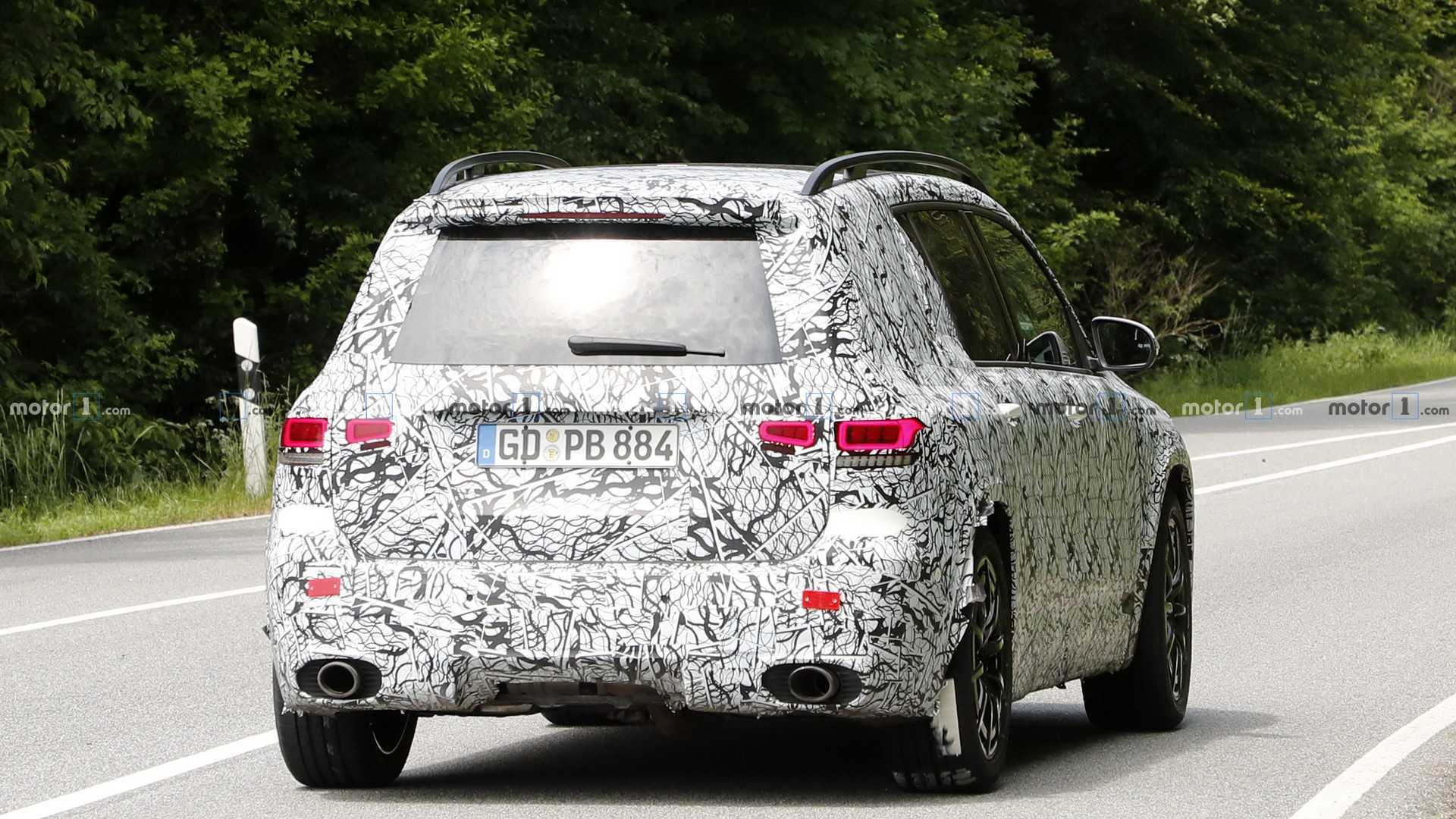 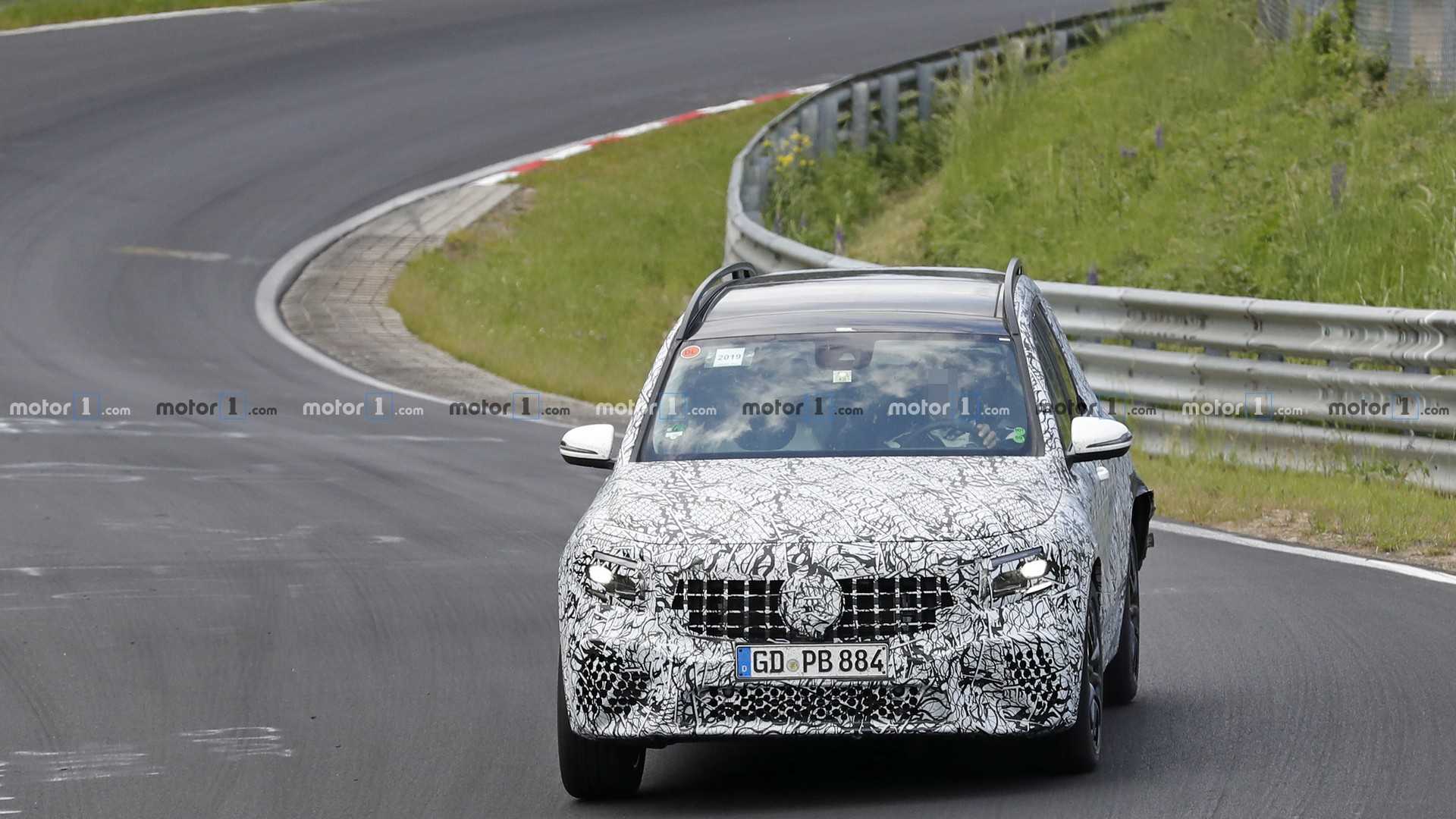 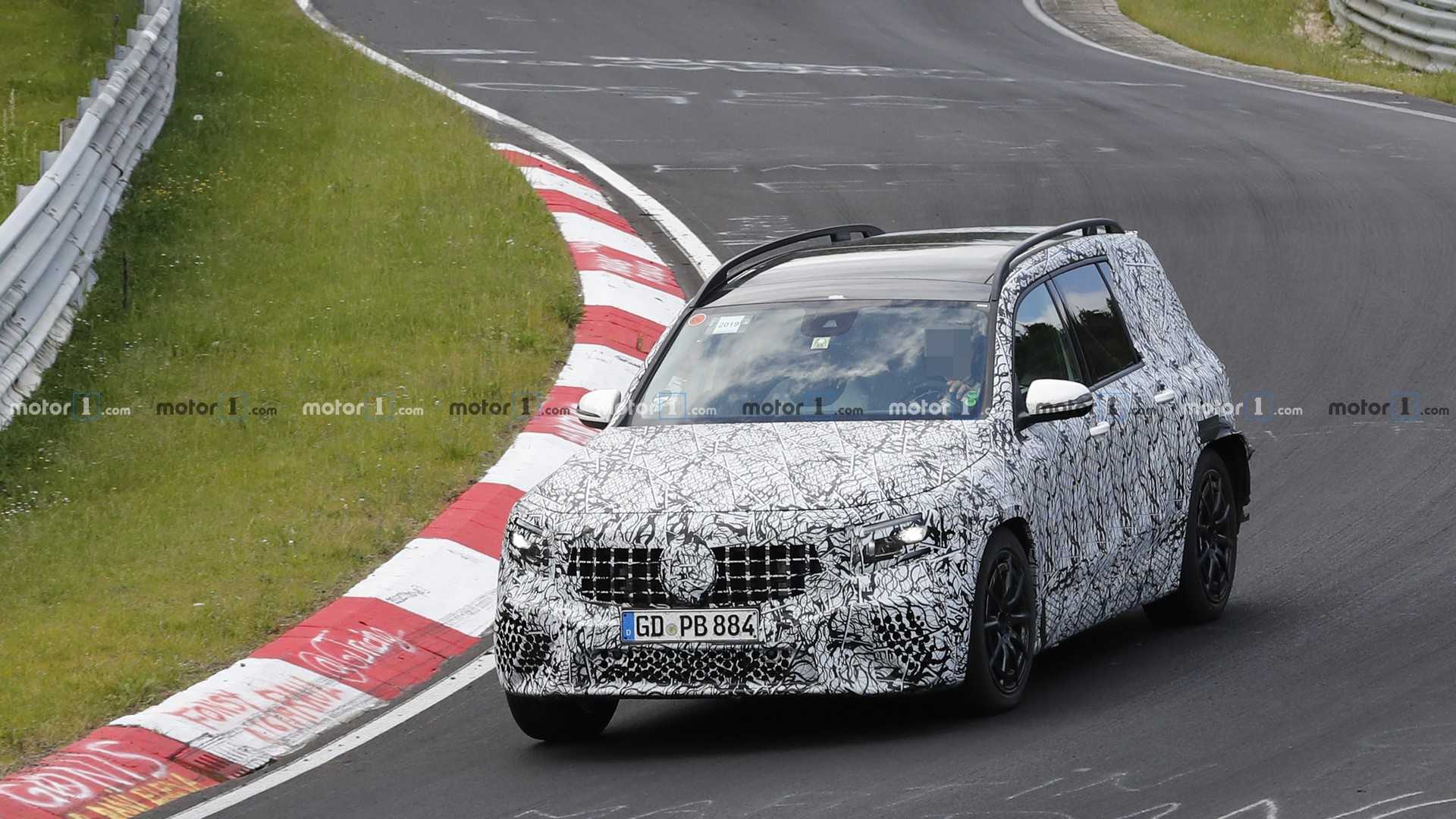 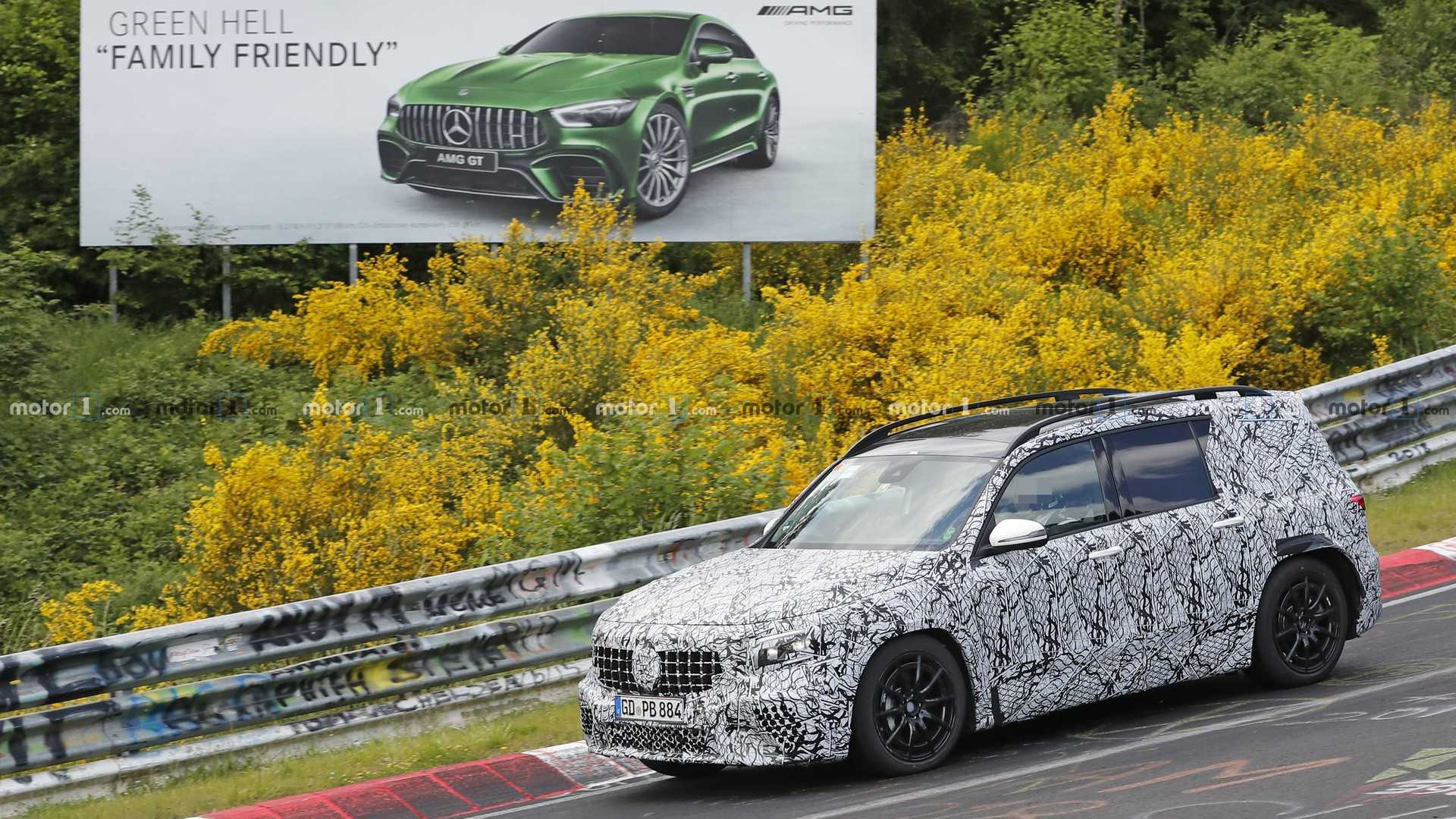 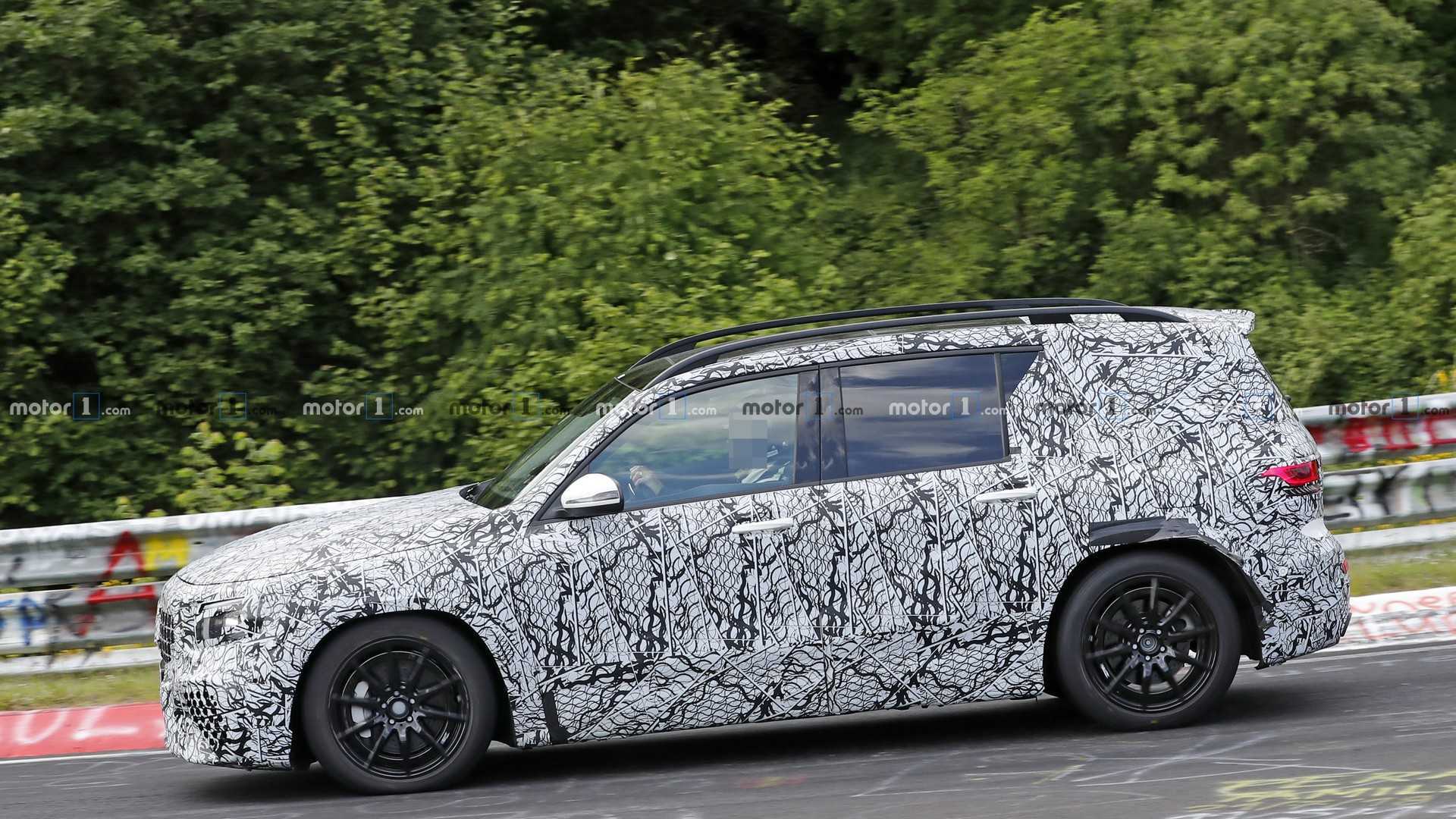 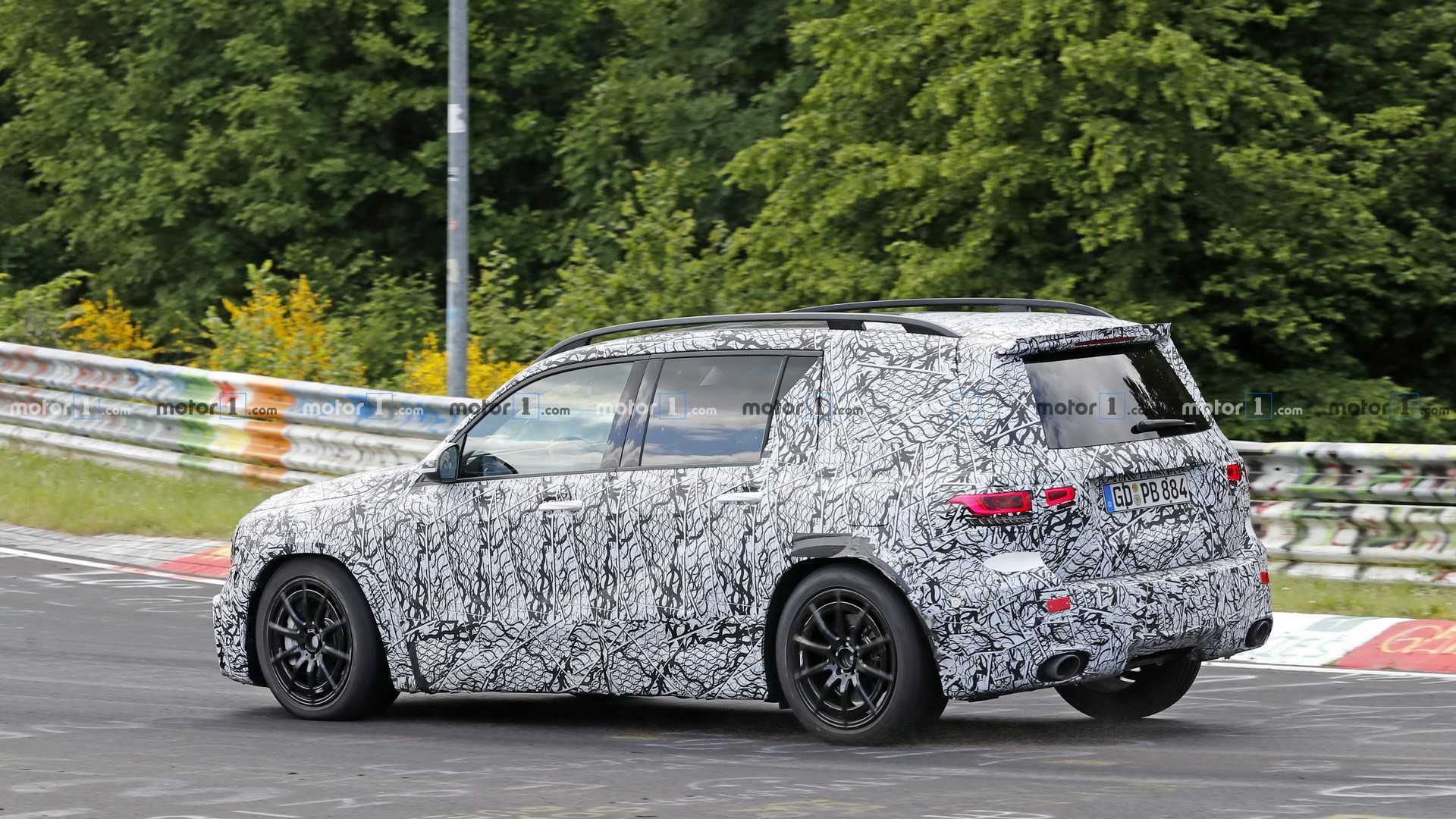 Stretching out at the Green Hell, the compact crossover tuned in Affalterbach was riding low thanks to a stiffer suspension setup and also appeared to have bigger brakes to complement the upgraded engine. Speaking of which, a 2.0-liter four-cylinder will deliver 302 horsepower and 295 pound-feet (400 Newton-meters) to both axles with help from a dual-clutch, seven-speed automatic transmission.

As far as performance is concerned, we are estimating the 0-62 mph (0-100k kph) task will take roughly five seconds to complete and top speed is likely to be electronically governed at 155 mph (250 kph). For an even faster version, the already spotted GLB 45 likely due in 2020 will up the power ante to as much as 416 hp and 369 lb-ft (500 Nm) in the flagship GLB 45 S. These “45 S” models from Mercedes’ compact car lineup will feature the world’s most powerful four-cylinder ever installed in a regular production vehicle. 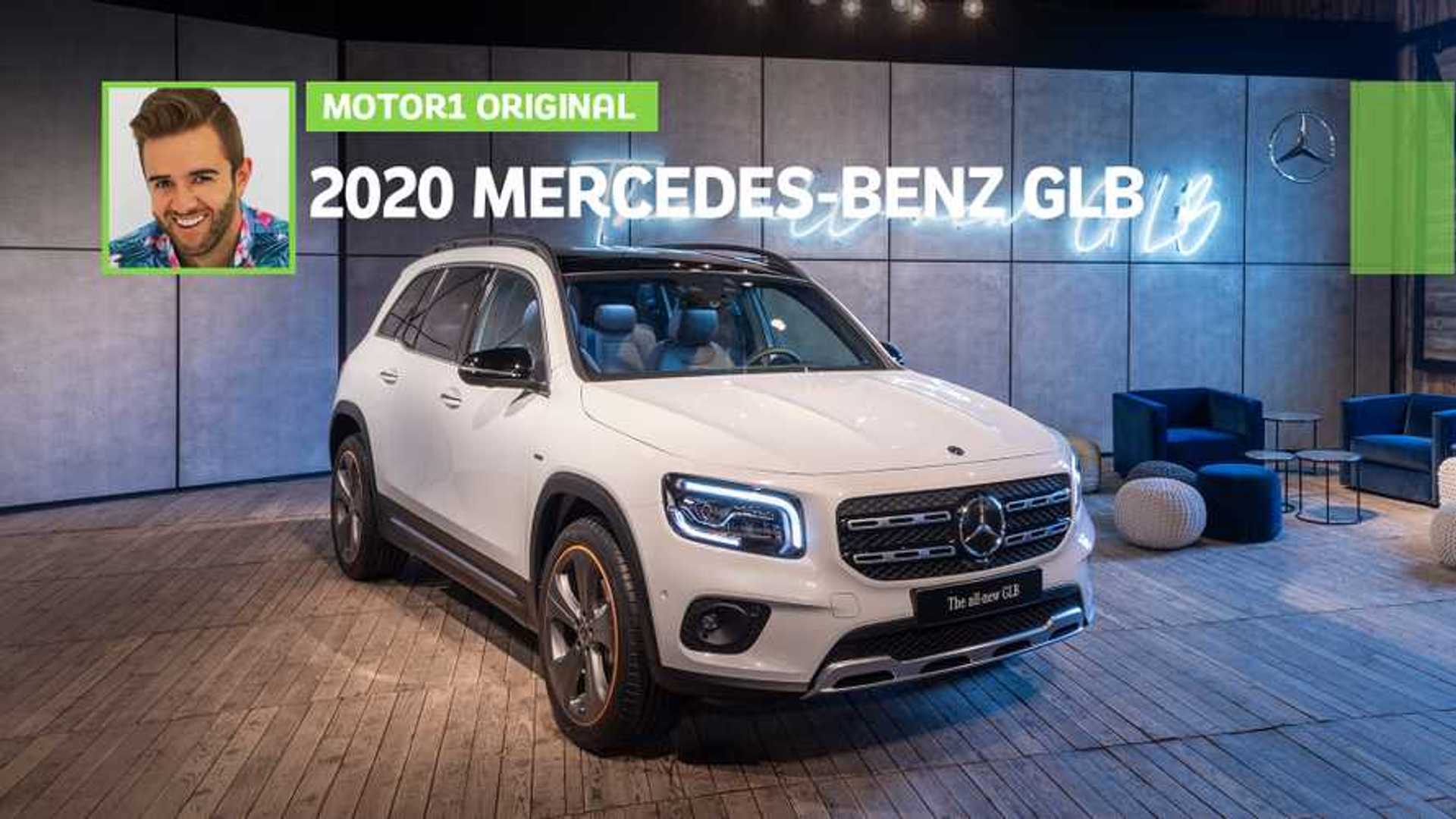