We don’t have to wait much longer to see it.

The Ford F-150 Lightning debuts on March 19, but we still don’t have a clear idea of what the whole truck looks like. WB.Artist20 gave Motor1.com permission to re-publish his renderings of how the electric pickup might look.

The front is the part of the truck that we know the most about. The running lights span the whole width of the nose, including LEDs running underneath the hood. WB.Artist20 adds a Lightning logo where we’d usually expect to see Ford. The grille is closed, which makes sense because EVs don’t require the airflow of a combustion engine, and there’s a cooling inlet in the lower fascia. 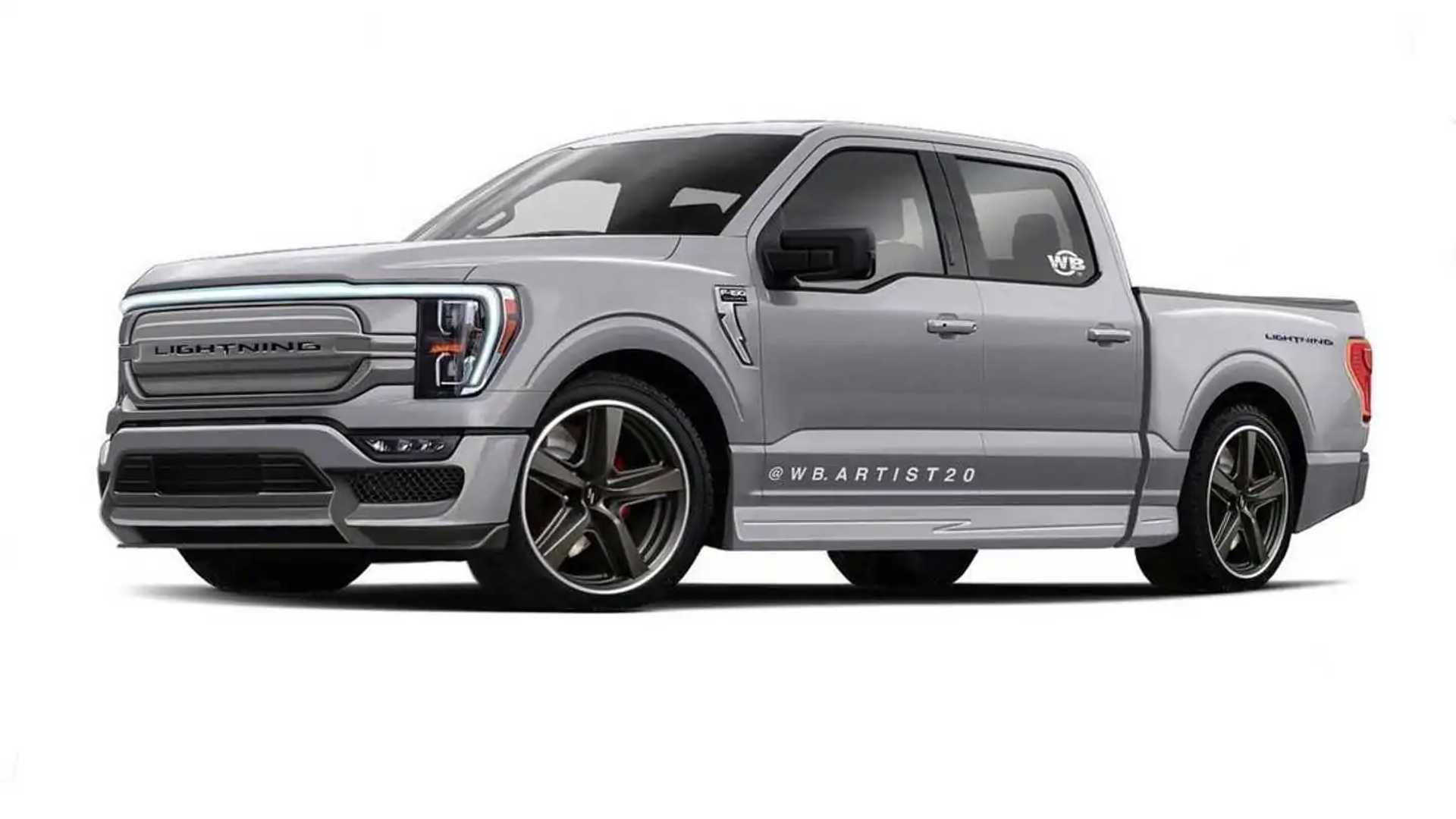 Along the side, the Lightning looks largely the same as the standard F-150. So far, we’re only seeing the truck as a four-door SuperCrew cab. It’s not clear whether other configurations would also be available.

Ford is keeping the ride height fairly low, which would help aerodynamics, meaning improved range. The company isn’t positioning the model as a hardcore off-roader, though.

At the rear, there’s a subtle spoiler on the tip of the tailgate. WB.Artist20 gives the vehicle a pair of full-width LEDs along the upper and lower portions of the taillights. There’s also a big Lightning emblem across the back.

At this point, we know nothing about the mechanical aspects of the F-150 Lightning. There are at least two electric motors to provide all-wheel drive. The range should be at least 300 miles and could be as high as 400 miles for a variant with a higher-capacity battery.

The F-150 Lightning will begin production at the new Rouge Electric Vehicle Center in mid-2022. The early interest in the EV is already high enough for Ford to increase the production volume at the site by 50 percent.