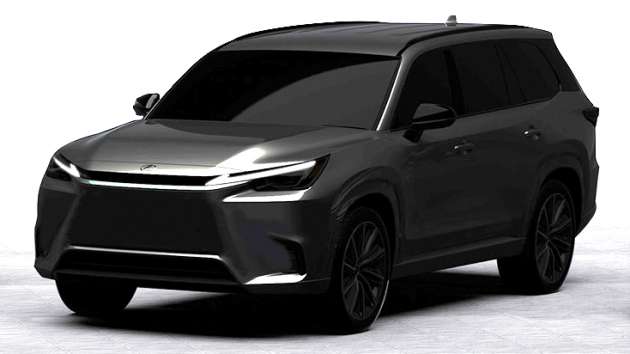 With the fifth-generation Lexus RX having made its debut at the beginning of this month, the just-launched SUV has been confirmed to go on sale “with just two rows,” a Lexus spokesperson has revealed to Motor1. This means that the seven-seater RX L has seen its sunset along with the previous-generation RX.

It won’t be the end of the unibody seven-seater presence in the Lexus line-up, however, as this has been previously rumoured to be succeeded by a three-row SUV called the TX. This has been revealed as part of the brand’s mass-EV showcase late last year, albeit showing up in a rather low-key manner at the time.

Rumours of the TX nameplate have been around as early as 2009, though this much earlier application was thought at the time to be for a smaller vehicle. More recently, Lexus Enthusiast came across filing applications with the United States Patent and Trademark Office (USPTO) for the TX350 and TX500h. 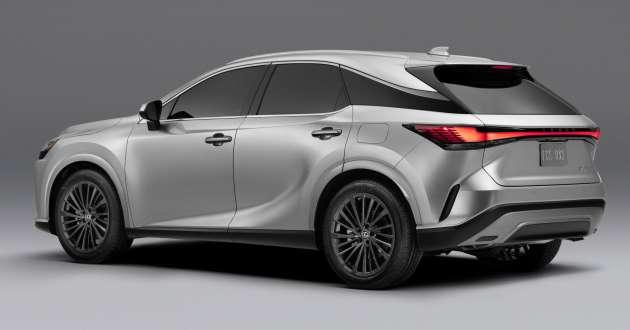 If the just-launched RX is used as a parallel, the ‘350’ would mean the use of the T24A-FTS turbocharged 2.4 litre petrol engine, while the ‘500h’ suffix similarly could mean the addition of a rear-axle mounted electric motor augmenting the same 2.4 litre turbo petrol engine.

In the 2023 RX, the 2.4 litre turbo petrol four-cylinder engine produces 279 PS and 430 Nm of torque, and is paired with an eight-speed automatic transmission which sends drive to either the front or all four wheels, depending on variant.

As for the RX 500h, the parallel hybrid system employs a six-speed automatic gearbox where the internal combustion engine powers the front wheels while the electric motor drives the rear wheels, yielding 373 PS and 550 Nm in total system output.