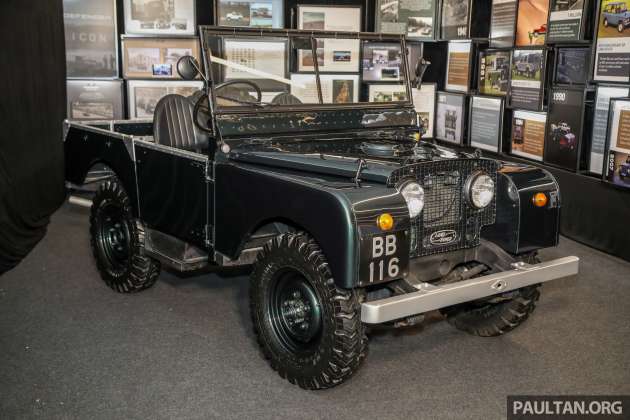 Tucked away in a corner at the Malaysian launch event of the new 2022 Land Rover Defender yesterday was a piece of history, offering a glimpse into the brand’s heritage and providing a neat visual counterpoint to the new SUV. The vehicle in question? The spiritual ancestor of the L663, a Land Rover, from a time when it wasn’t yet known as the Defender.

The example is a Series I model, which was first produced in 1948. Based on exterior visual cues, it should be a 80 Mark II from the early ’50s, as denoted by the original Selangor plates it still wears from the period, when the FMS plates moved to its B identifier from 1948.

When it first debuted, the off-roader was equipped with a 1.6 litre petrol engine and a four-speed manual transmission – a 2.0 litre mill was introduced in the early ’50s. The Series II – with the waistline most are familiar with today – came about in 1958, and the Series III continued the Land Rover Series’ journey from 1971 until 1985. 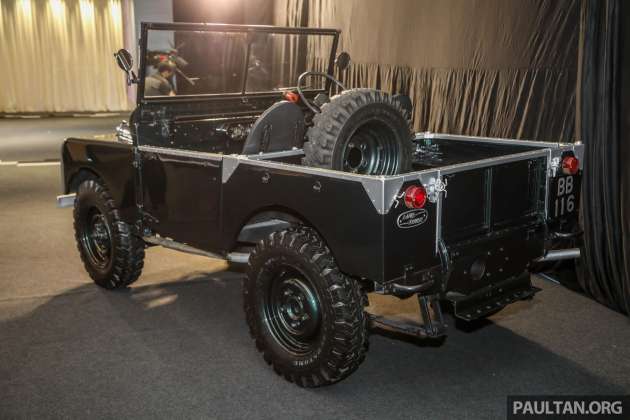 By this time, the vehicle had already evolved into the original Defender, which arrived in 1983 as the 110, later joined by the 90, suffixes that continue with the new car. In 2013, it was announced that time would be called on the Defender, and 68 years after the first Land Rover Series came about, the last prev-gen Defender rolled off the production line in Solihull in February 2016, with over two million examples of both types built.

The display area at the event also showcased the car’s history through a series of framed visual pieces, with local perspective inserted in for good measure, like the Series I that played a significant part during the declaration of independence of Malaya in 1957.