Home » Car Reviews » It's A Cold Summer For Italy's EV Market: Plug-Ins Below 8% In July

All is not well in this hot Italian summer, as the fourth largest European auto market keeps showing signs of weakness in the transition to electric mobility. While all of Europe is experiencing clear signs of fatigue, due to slowing economies amidst Ukraine and energy wars, Italy is now experiencing a more dramatic decline, directly affecting electrified vehicles.

As the latest data from Unrae show, Italy’s car market held steady this July, as overall sales reached just above 111,000 units, in line Year-on-Year (YoY) with the almost 112,000 registrations from July 2021. One should not mistake this for a sign of health, however, as pre-covid sales levels for the same month of 2019 boasted over 150,000 registrations, meaning this was actually an almost 28% decline from the peak. Those times are unlikely to come back.

Editor’s Note: This article was originally published on opportunity:energy.

ICE powertrains saw a partial inversion in their long-term downward trend: petrols actually increased YoY to 29.9% (up from 27.3%) while diesels retreated to 20.7% (down from 22.8%), an unusual event in what had so far been a steady retreat on both fronts. Traditional, plugless hybrids reaffirmed their status as the best-selling powertrain, with 33.1% market share, up from 29.3% a year ago, following a weaker June when they temporarily lost the crown to petrol powertrains. 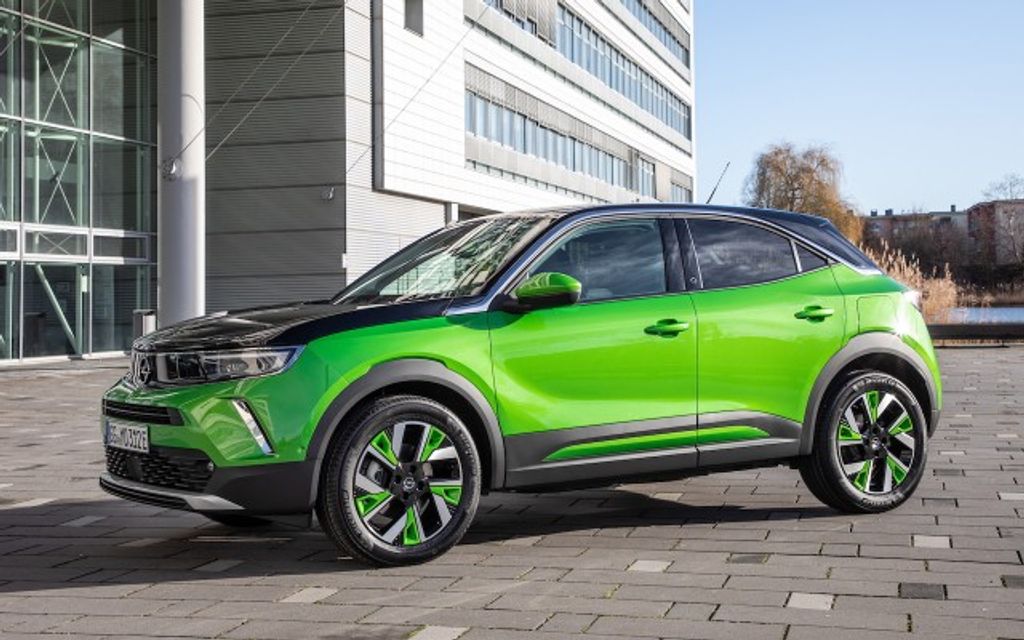 Fully electric vehicles suffered an unanticipated and rather significant retreat. With only 3,617 registrations, BEVs scored a meager 3.3% share, collapsing 29.5% YoY from over 5,100 units in July last year, when it reached 4.6% market share. Even worse, this is happening as a new – albeit limited – incentives package for low emission vehicles is fully operational.

Just a month before, the June BEV market was re-ignited by these very incentives to score the year-to-date highest result. While it could be that pent-up demand, satisfied in a June binge, may have resulted in deflated July registrations (some “turbulence” was indeed expected), the broader question is whether the market is being more affected by erratic supply or weak demand.

Plug-in hybrids also followed a similar fate to BEVs, although with better results. 5,133 PHEV units were registered in July, for a 4.6% market share. This means volume was over 19% down YoY from the more than 6,300 registrations a year prior, when PHEVs reached 5.7% share. PHEVs continue to outsell BEVs on a monthly basis in 2022, and it seems increasingly unlikely that this trend will change in the short term.

Overall July plug-in registrations stopped at 7.9% market share, the lowest point since February – when incentives were still being discussed. Their volumes are down almost a quarter YoY, as plug-ins had reached 10.3% in July 2021, the highest score up to that point in the year. 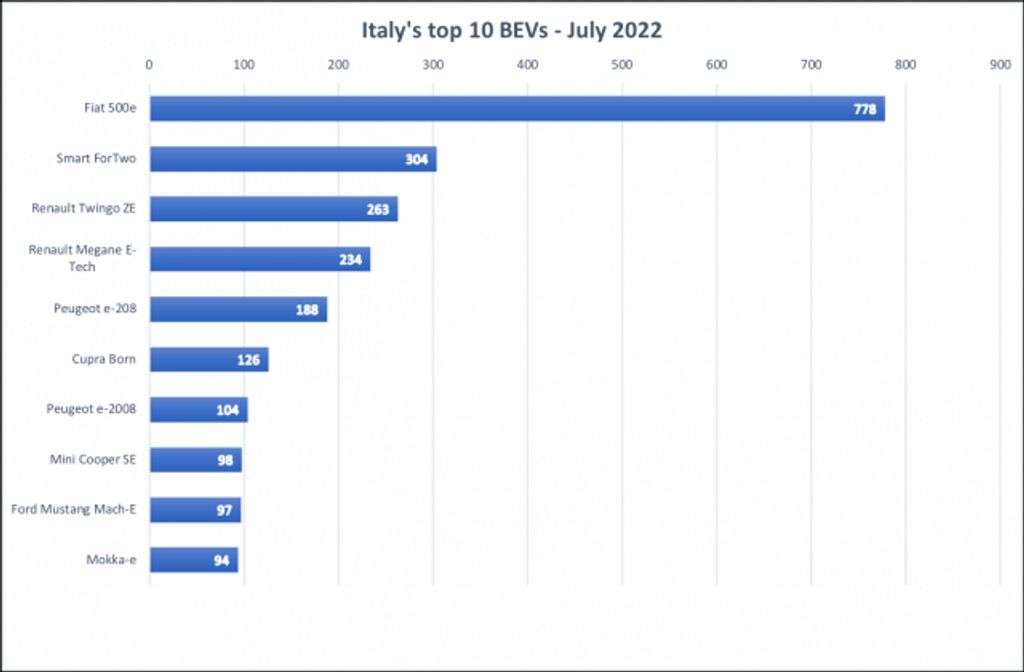 Beating all competitors, the Fiat 500e imposed itself with 778 registrations, way ahead of all other models. Although way below last year’s peaks, the Italian mini still managed to keep a wide distance from runner-up Smart ForTwo, second with only 304 units. A welcome third was the Renault Twingo ZE, reaching the podium for the first time since January.

Just out of the podium, the new Renault Megane E-Tech took fourth place with 234 units, a good performance in this subdued market, possibly an early sign of good results to come? A new entry for Italy’s Top 10, the stylish Cupra Born (VW ID.3′s Spanish sibling) took sixth place with 126 registrations. This is certainly a model to follow, with its strong aesthetics potentially more attractive to Italian customers than those of its German counterpart.

The Ford Mustang Mach-E made appeared again in the chart after a long absence, with 97 units in the ninth position. Lastly, Opel’s Mokka-e also debuted, taking the lowest rank of the Top 10, with 94 units. This is also a model to keep on our radar, as it may start delivering in volume going forward.

This July’s cold breeze on Italy’s EV market delivered unwanted news that immediately put in doubt the start of an uptrend that seemed predictable only a month before, as a strong June performance gave reason for optimism. Whether this negative result is just temporary turbulence, resulting from logistical and supply issues, is, for now, open to debate.

We shall see in the coming months if electrified powertrains will be able to make a recovery or will continue to struggle for market share, as we head towards a very difficult winter season throughout Europe.