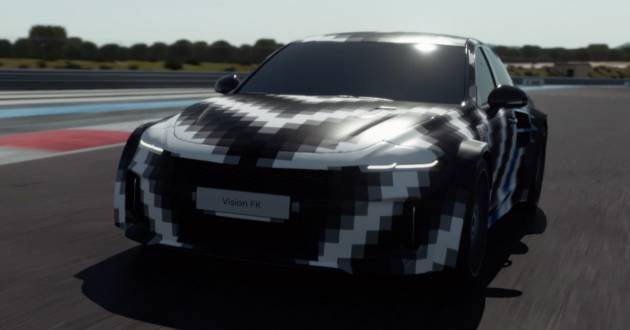 Hyundai Motor Group (HMG) recently announced its Hydrogen Vision 2040, which is a strategy to popularise hydrogen by 2040 through the introduction of new technologies and mobility solutions in transportation as well as industrial sectors.

While the company is currently committed to battery electric vehicles (BEVs) with cars like the Hyundai Ioniq 5 and Kia EV6, it hasn’t shied away from hydrogen-powered vehicles, as projects like the Nexo, Tucson FCEV and Elec City bus have demonstrated. The company will soon deploy its Xcient trucks, which is the world’s first mass-produced, heavy-duty truck powered by hydrogen, in California soon, with 30 units of the Class 8 trucks set to enter service.

The new strategy was presented during the company’s Hydrogen Wave global online forum and outlines several plans, starting with a new generation of fuel cell systems in 2023 that are said to be cheaper to produce, while having significantly improved durability and outputs.

Two prototypes of the third-generation fuel cell stack were presented during the event, including a unit capable of generating 100 kW of power that is 30% smaller in size compared to the current-generation stack. HMG says this makes it easier to apply the system to different vehicle types and applications.

There’s also another unit designed for commercial vehicle applications, which is described as being smaller in size than the current Nexo system, but with nearly double the power output at 200 kW. HMG notes that with the second-generation fuel cell stack launched in 2018, it has achieved 5,000 hours and 160,000 kilometers of usage, which is similar to the warranty of a vehicle with an internal combustion engine.

The flexibility and modularity of the third-generation fuel cell stacks allow for various application forms when paired with a new “power unit module that can offer a range of outputs from 500 kW to 1 MW by stacking 100 kW modular units. This is said to be ideal for use as an emergency power system for large ships or IT companies.

Also making its debut at the event is a fuel cell “Full-Flat System” that lowers stack height to 25 cm, which is suitable for purpose-built vehicles (PBVs), multi-purpose vehicles (MPVs), buses and trams by mounting them system to either the upper or lower body of the vehicle.

As mentioned earlier, these technologies, which are placed under HMG’s HTWO brand, can be used for not just transportation purposes, but also in other industrial sectors. The company presented a few concepts that showcase the versatility of its upcoming hydrogen tech, with the star of the show being the Vision FK.

A demonstration of high-performance vehicle applications, the Vision FK is a hydrogen-powered sports car with a maximum output of over 500 kW (680 PS or 671 hp) capable of sprinting from 0-100 km/h in four seconds. Other features include a rear-wheel drive layout, a plug-in powertrain and a range of over 600 km.

Given the autonomous capabilities touted for the Trailer Drone, engineers needed to completely redefine how a container manoeuvres, resulting in another concept, the Fuel Cell e-Bogie. The name is a reference to the term “bogie” that originates from the rail industry, which are wheel subframes that sit under every train car.

The Fuel Cell e-Bogie sits under the container just like a rail bogie and is a fully enclosed system with fuel cell propulsion and fully independent four-wheel steering. There are two units of this on the Trailer Drone, allowing for high levels of manoeuvrability, and several groups can move together in an almost train-like configuration. This can also be used for other purposes such as ground logistics, construction, firefighting and disaster relief missions.

An example of the last bit is the Rescue Drone concept that combines a Fuel Cell e-Bogie to create a flying done that can be operated remotely or autonomously for crucial operations such as fire-fighting and life-saving missions, with a range of 450 to 500 km.

On a related note, there’s also the RHGV (Rescue Hydrogen Generator Vehicle) that contains fuel cell stacks and hydrogen tanks to supply power to vehicles in remote, off-road areas, including single-phase, 220-volt and three-phase 380-volt supply. In areas where access is less tricky, the H Moving Station serves as a portable hydrogen refuelling station for FCEVs.