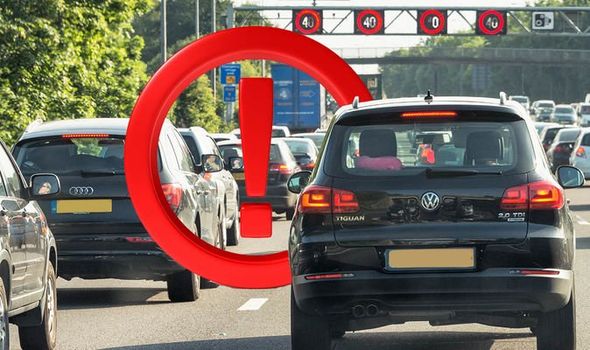 From June 10th, a new motorway driving law is being introduced in the UK which could see motorists and a fine. The law will now penalise motorists that are caught ignoring lane closures on a smart motorway. Motorists will now be handed a £100 fine and three penalty points for ignoring the rules. Lane closures are displayed on the electronic gantries which are located overhead on the smart motorway.

The gantries can also be used to display other information such as variable speed limits and are designed to ease congestion and improve traffic flow.

Lanes can be closed at will for a number of reasons such as if there is a crash on the road, or to let emergency service vehicles get to the accident quicker or if there are roadworks.

A closed lane is marked by a red X on the gantry and any driver than is caught ignoring this will be fined £100 and given three penalty points.

Thousands of motorists are flouting these rules every year, according to new data.

Highways England, which operates England’s motorways and major A-roads, has issued more than 180,000 warning letters to drivers who have ignored red X signs since the beginning of 2017.

Edmund King, AA president says; “Although it has taken far too long, this is a welcome measure to improve safety on motorways.

“Our research shows that one in 20 drivers continue to drive in red X lanes, even when they’ve seen it and, so far, Highways England have written warning letters to over 180,000 drivers about their actions.

“Red X’s are put up to warn of an obstruction, so drivers must get out of the lane when they see them. 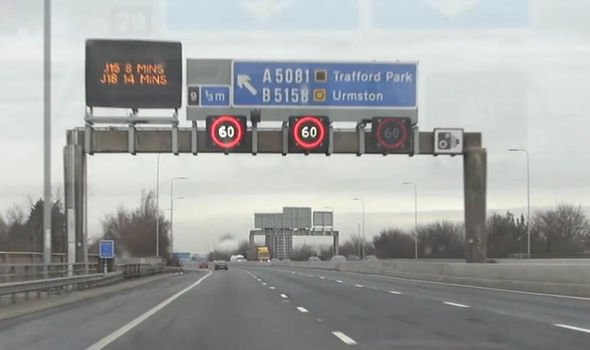 “We have had several incidents recently where AA members’ cars have been hit in a live lane on ‘smart’ motorways.”

According to data by the motoring body, smart motorways have improved journey reliability by 22 per cent and fewer fatalities and injuries since the first one was introduced in 2006.

The RAC says: “In recent years, there has been a movement towards the permanent conversion of the hard shoulder into a running lane which has concerned us.

“The removal of the hard shoulder fundamentally increases the risk to drivers who might suffer a breakdown and are unable to reach a refuge area.

“To combat this, the RAC has worked with Highways England to increase the numbers of emergency refuge areas (ERAs), increase awareness and prominence of these by getting them repainted orange and make sure that the latest technology is used to detect when a vehicle is in trouble.

“The safety of road users must always be the number one priority. We hope that Highways England prioritises the retrofitting more ERAs to the original all lane running schemes.

“It is also vital that drivers are aware that these types of motorways operate variable speed limits, and these can be helpful for managing the smoother flow of traffic.”

This concern is being addressed by emergency refuge areas, which are lay-bys on the motorways are being added no more than one mile apart from each other.

For example, over the next year, ten lay-bys will be built on the M25. Around 400 more miles of smart motorway will be introduced onto UK roads.