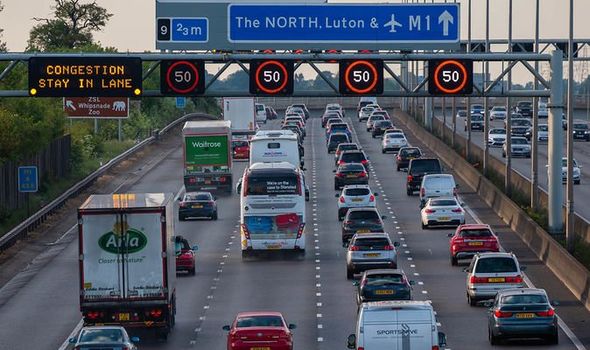 New changes to the Highway Code reflect recent changes to motorways rules in the UK. The updates take smart motorway rules and signs into account including what red X lane closures represent as well as general sets of rules drivers must adhere to. On June 10th there was a change to smart motorway driving laws which meant that drivers who were caught ignoring a road closure on a mart motorway would be fined. Offending motorists could be fined £100 and land three penalty points on their driving licence if they are caught.

Red Xs are displayed on the overhead motorway gantry to signify a lane closure. On a smart motorway, the gantries display the speed limit in place on the road at that current time.

If there is no congestion or any accidents then the national speed limit of 70mph will apply.

However, the variable limit could see 30/40/50/60mph speed limits introduced and lanes closed off.

Lanes are closed off to allow emergency service vehicles to get to an accident more easily as well as if there has been a crash and there may be debris on the road.

The Highway Code has now been updated to reflect the new changes to the road law.

Rule 258 of the Code now states: “Red flashing lights. If red lights flash on a signal and a red “X” is showing, you MUST NOT drive in the lane shown as closed beyond the signal.

“This applies until you pass another signal indicating that the lane is no longer closed, by displaying the word “End” or a speed limit sign and you are sure that it is safe to proceed.

“Red flashing lights. If red lights flash on a signal in the central reservation or on the side of the road and lane closed sign is showing, you MUST NOT go beyond the signal in any lane.” 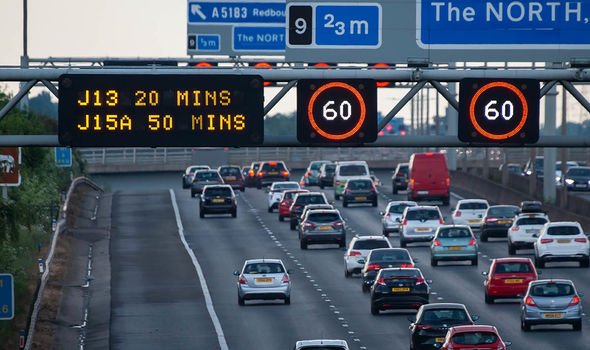 The updated Highway Code features ‘MUST NOT’ within it representing a legal obligation of the motorist.

Some rules in the Highway Code use advisory terminology sic as ‘should not’ and is therefore not a legal requirement.

Police forces have been able to automatically issue fines using footage from cameras on the gantries.

Currently, there are 300-miles of smart motorway in Britain but this is thought to rise to over 800-miles in the coming years.