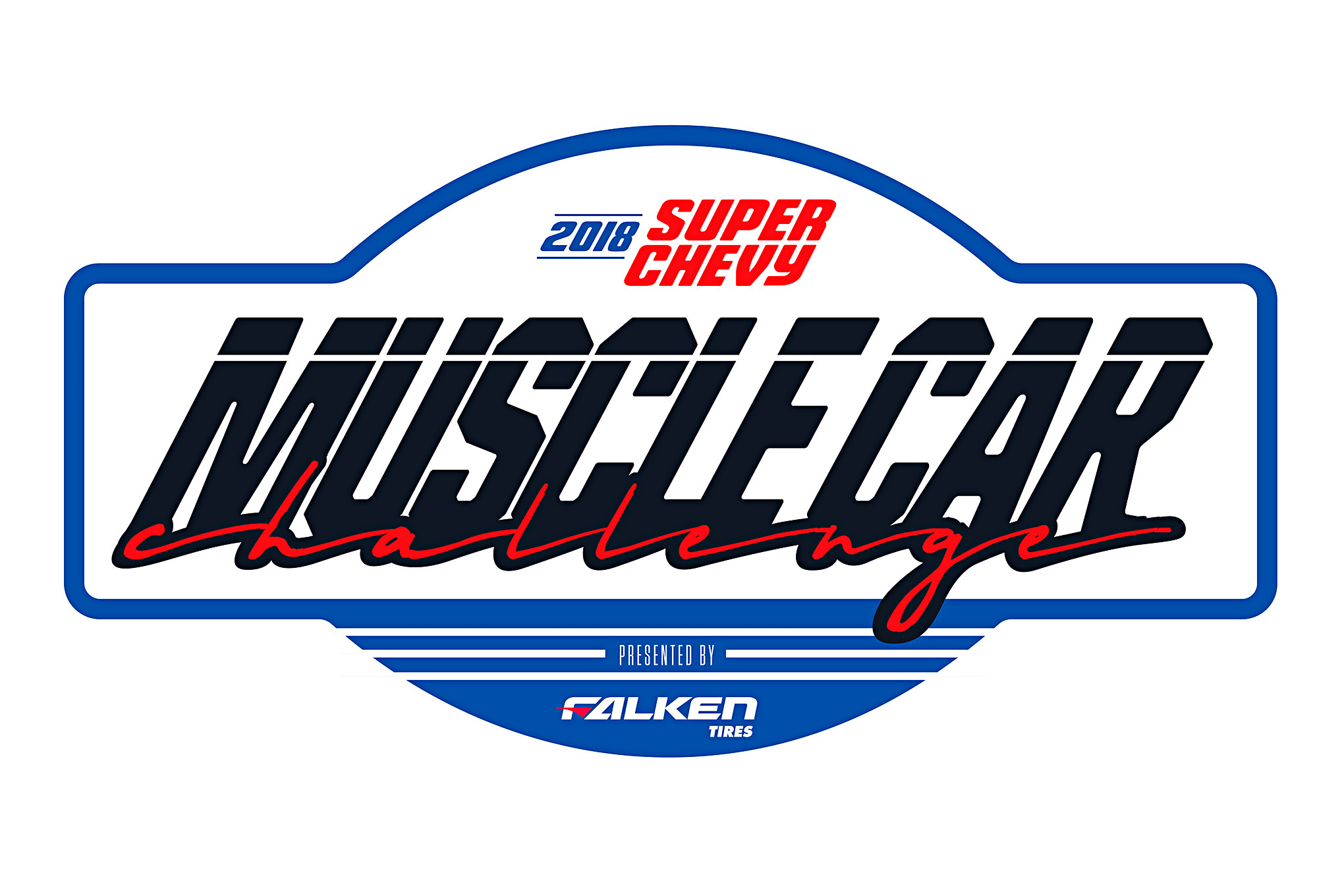 Cars, like all machines, are built to the technology of their time. Big-time automakers, such as Chevrolet, are always looking forward, focusing on innovation, the next model year, and ever-tightening automotive legislation. This focus leads to some truly amazing vehicles, but it also fails to afford such companies a look backward—sort of a “What if” moment for past models. Fortunately for us gearheads, the aftermarket industry operates in a polar opposite fashion, grabbing the latest technological advances by the horns and retrofitting them into our beloved vintage iron. For the 2018 Super Chevy Muscle Car Challenge presented by Falken Tires, Classic Performance Products (CPP) gave a garage-find 1967 Camaro a new and thoroughly modernize lease on life. 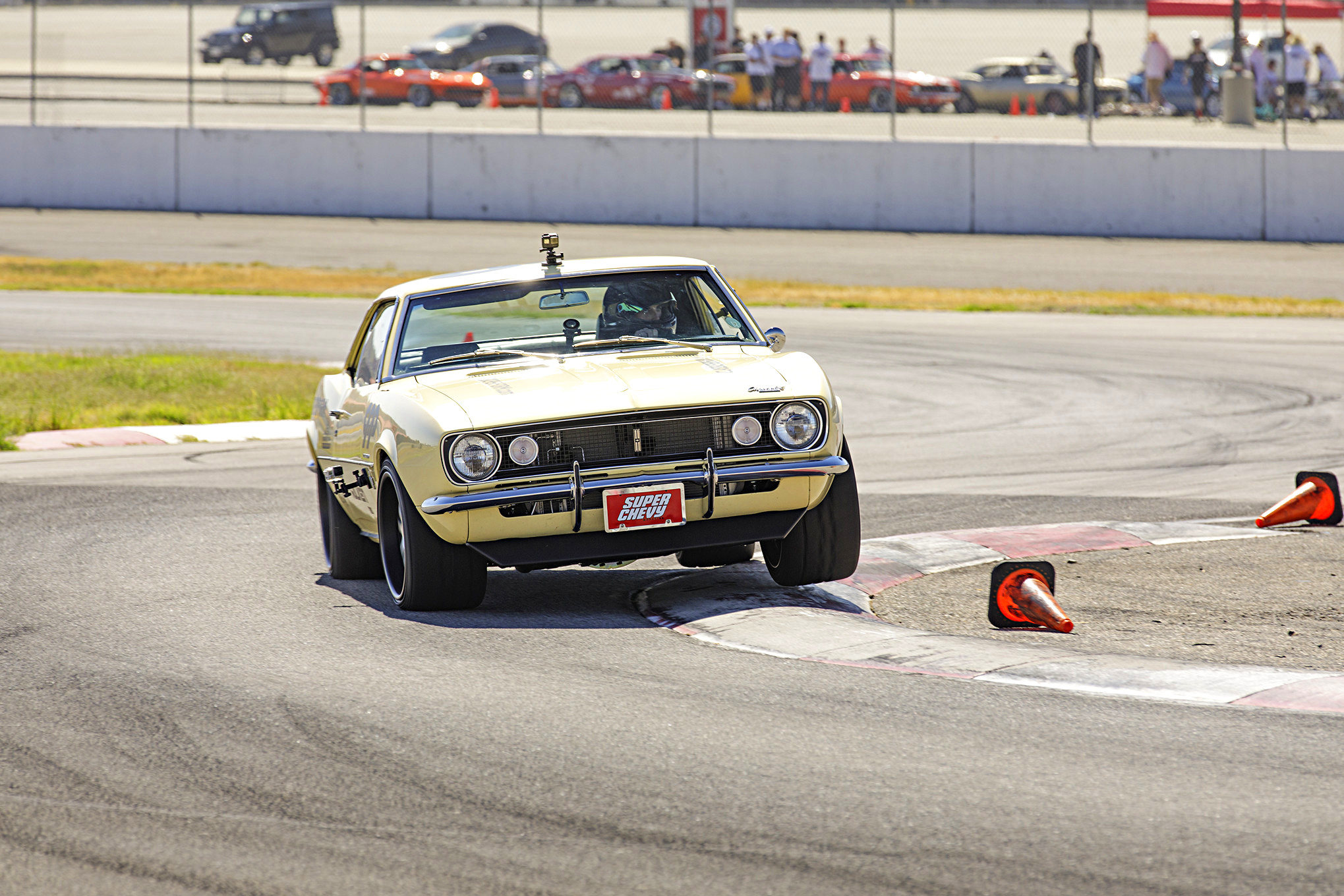 The Car
Belonging to a friend of CPP owner Jim Ries, the Camaro was as stock as stock could be. The original Butternut Yellow paint, interior, and even the dealer-installed door-ding strips all remained intact. “We didn’t even paint the car,” said Ries. “It was a factory original Camaro, with hubcaps and all. We left a lot of the car alone since we wanted to keep it original.”

Nostalgia is a wonderful thing, but when it came to the powertrain, CPP traded vintage for vicious and ditched the original engine in favor of a Chevrolet Performance Connect & Cruise LS3, which was installed with a CPP LS engine install kit and CPP LS exhaust manifolds to clear the factory-style rear steering linkage on the Camaro.

Behind the modern LS engine is the ever-popular Magnum six-speed transmission, which operates in place of the car’s factory-issue automatic. Rounding out the powertrain trifecta is a Currie Turn 9 Pro-Touring housing with 3.89 gears and an Eaton Detroit Truetrac differential.

Inside, the car is a time capsule of original look and feel. With the exception of the Procar by Scat seats, the interior retains its assembly line accouterments, including the carpet, dashboard, and door panels. A Vintage Air HVAC system replaced the OEM system, and driver information is relayed courtesy of a cutting-edge Dakota Digital HDX display. 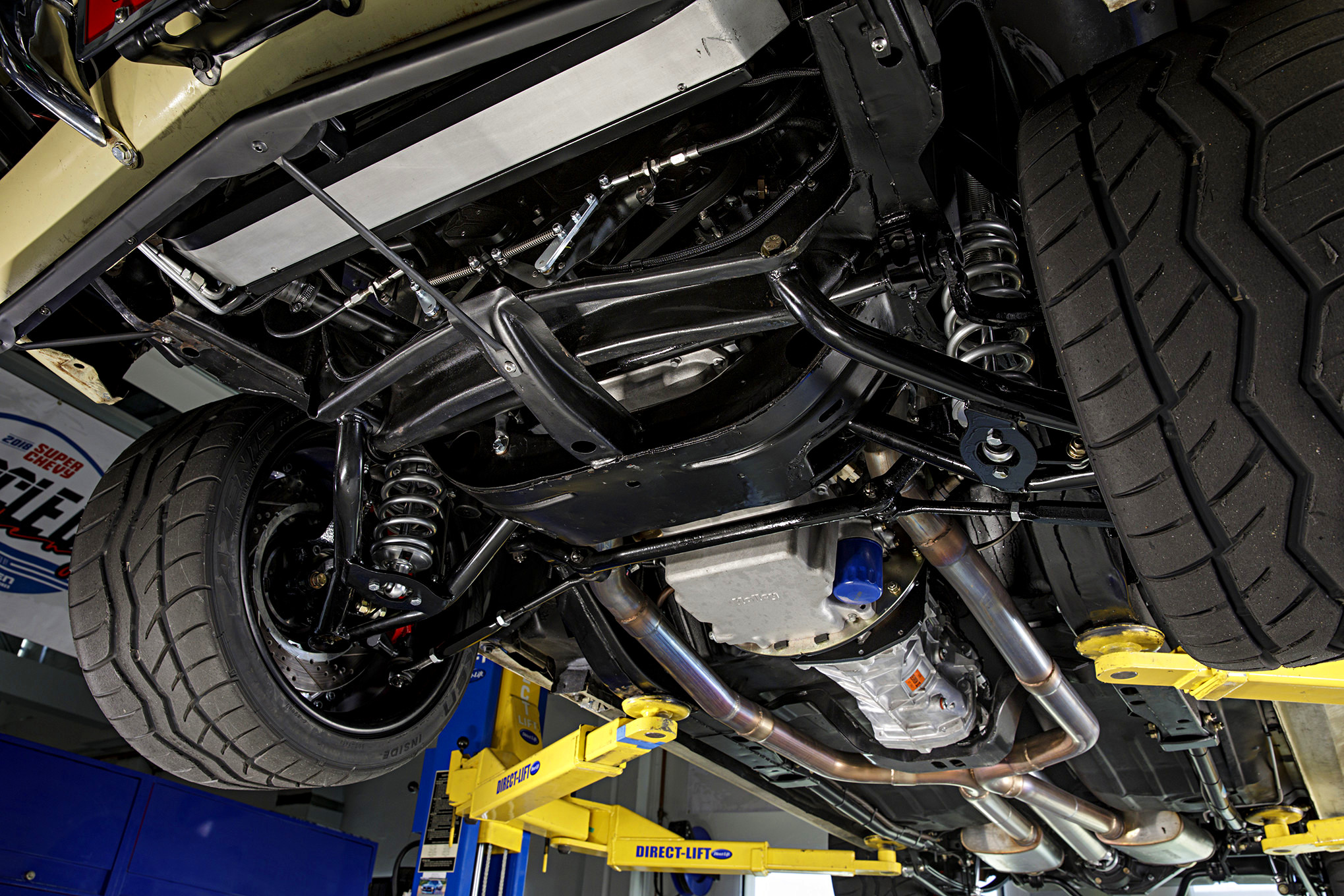 The Suspension
CPP’s recipe for grip at this year’s Muscle Car Challenge was a mix of big rubber, tried-and-true parts, and a heap of technology. Up front, the Camaro sports the company’s full Pro-Touring IFS package, which consists of Totally Tubular control arms; CS spindles with C7 Corvette-style hubs; and 14-inch, six-piston CPP calipers and rotors. Steering is accomplished via a CPP 500-series steering box. The aforementioned big rubber, Falken Azenis RT615K+ 315/30R18, rides on Intro Custom Wheels 18×11 rims at all four corners. Amazingly, the factory fenders swallow all that rubber.

“There are no fender flares on the car,” said Ries. “With the exception of our mini-tub in the rear, 315s fit under all of the stock bodywork. The mini-tub is really simple. We provide a band with recesses for stich welds and it lays in really easy. You can even run the stock seat.”

CPP accomplished this feat with a side-notch kit on the front clip. This is a new product designed by CPP engineer Danny Nix that allows a 315 tire to fit up front. While not yet available, CPP is working to bring the kit to market as soon as possible. “We’ll put it in production the first chance we get,” said Ries. “It’ll be easy to do for guys that like fabrication. It’s a very straightforward install.”

At the rear of the car, team CPP stuck with a traditional leaf spring setup, which is composed of a set of their narrowed-style leaves to clear the big tires. “We intentionally didn’t want to do a complicated rear suspension that required a lot of modifications,” said Ries. “That’s a major undertaking, this was all about cost versus reward. We try to take everything to the limit and have it be the most affordable, easiest to install, best performing piece possible. We try to keep things within people’s comfort zones for enthusiasts that want to do the job themselves.”

The pièce de résistance of the suspension system is a joint effort between CPP and Viking Performance. CPP installed a set of Viking Berserker series coilovers, which utilize specialized sensors and a computer system to monitor suspension movement and adapt the shock valving on the fly. However, the system had never been installed on a leaf-spring equipped car until now. Nix cleverly used cables to remotely link the suspension sensors to the axle, allowing the ECU to receive the necessary suspension data accurately despite the rear sensors being remote-mounted in the trunk. Viking modified the computer programming to suit the custom arrangement and, overall, the team is thrilled with the high-tech suspension’s performance.

“The shocks have a couple of preset modes,” said Ries. “There is a toggle switch on the dash that allows you to choose between performance and comfort, but you can make instant, fine-tuned adjustments changes to the suspension through a Bluetooth connection with a tablet. 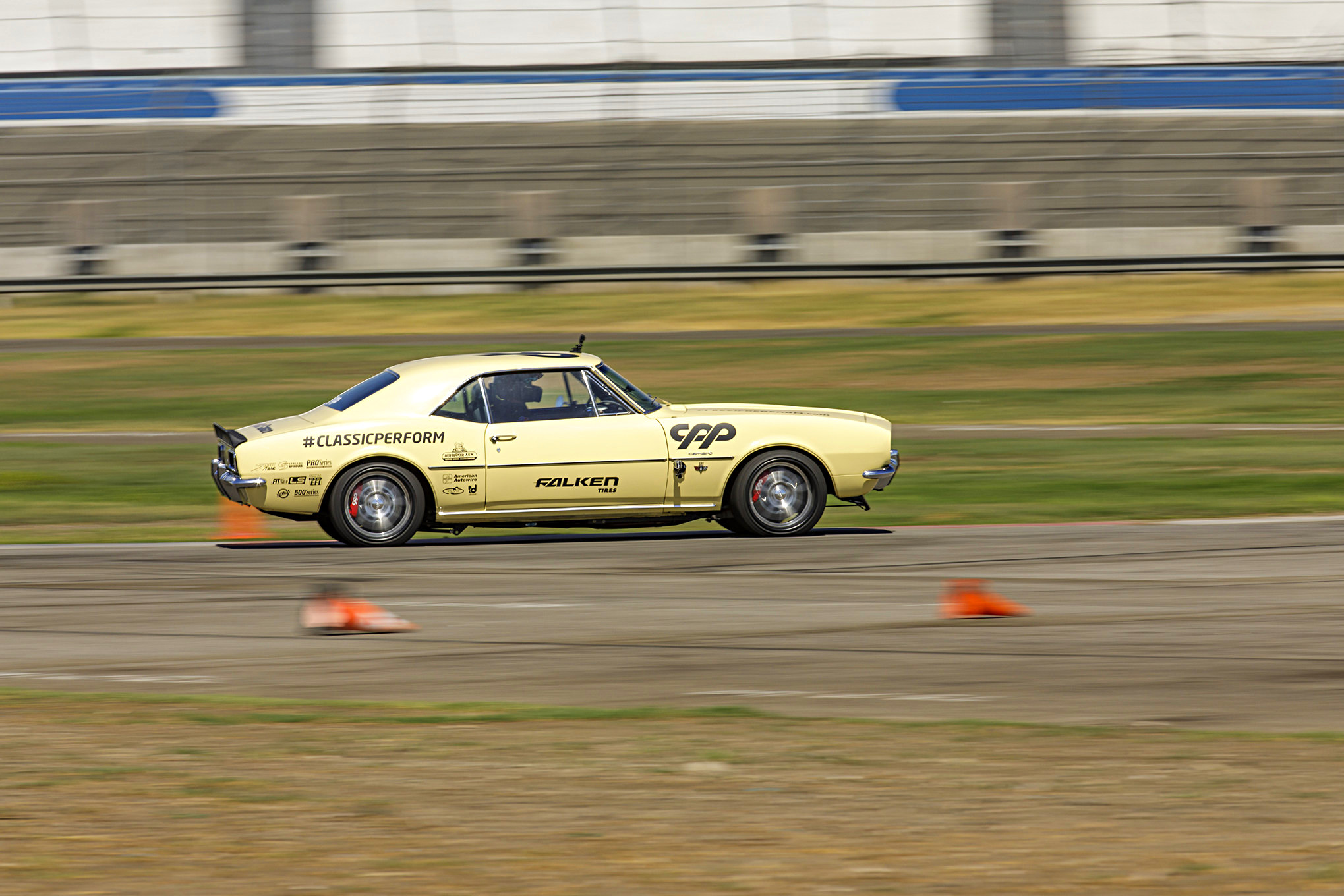 The End Result
At the end of the day, the car CPP built for the 2018 Muscle Car Challenge is a total revamp of a Chevrolet icon. It combines classic looks and feel with performance and technology the original team of Camaro engineers couldn’t have imagined.

“We wanted to bring [the Camaro] up to today’s standards without changing too much about the way the car looked and felt,” said Ries. “It has a purist quality about it, but it sure gets up and runs.”

A statement the resulting track test numbers certainly agrees with.