The sporty crossover’s final design is a result of 275,000 votes.

The people have spoken. Ford of Europe asked fans to choose the design of a special-edition Puma ST and the end result after nearly 275,000 votes is being revealed today. Before we talk about the design, it’s worth mentioning the Blue Oval even allowed people to choose the sporty crossover’s name, with 59 percent of the votes for Puma ST Gold Edition while the losing option was Puma ST 24K Edition.

Over the course of 10 days, people were allowed to vote on Instagram and Twitter their preferred paint choice, and 56 percent went with Black to the detriment of Gray. Behind those glitzy alloy wheels are brake calipers finished in red after grabbing 74 percent of the votes, with a black hue being the losing option. Rather than stripes, lines were the preferred exterior decals with 74 percent of the votes. 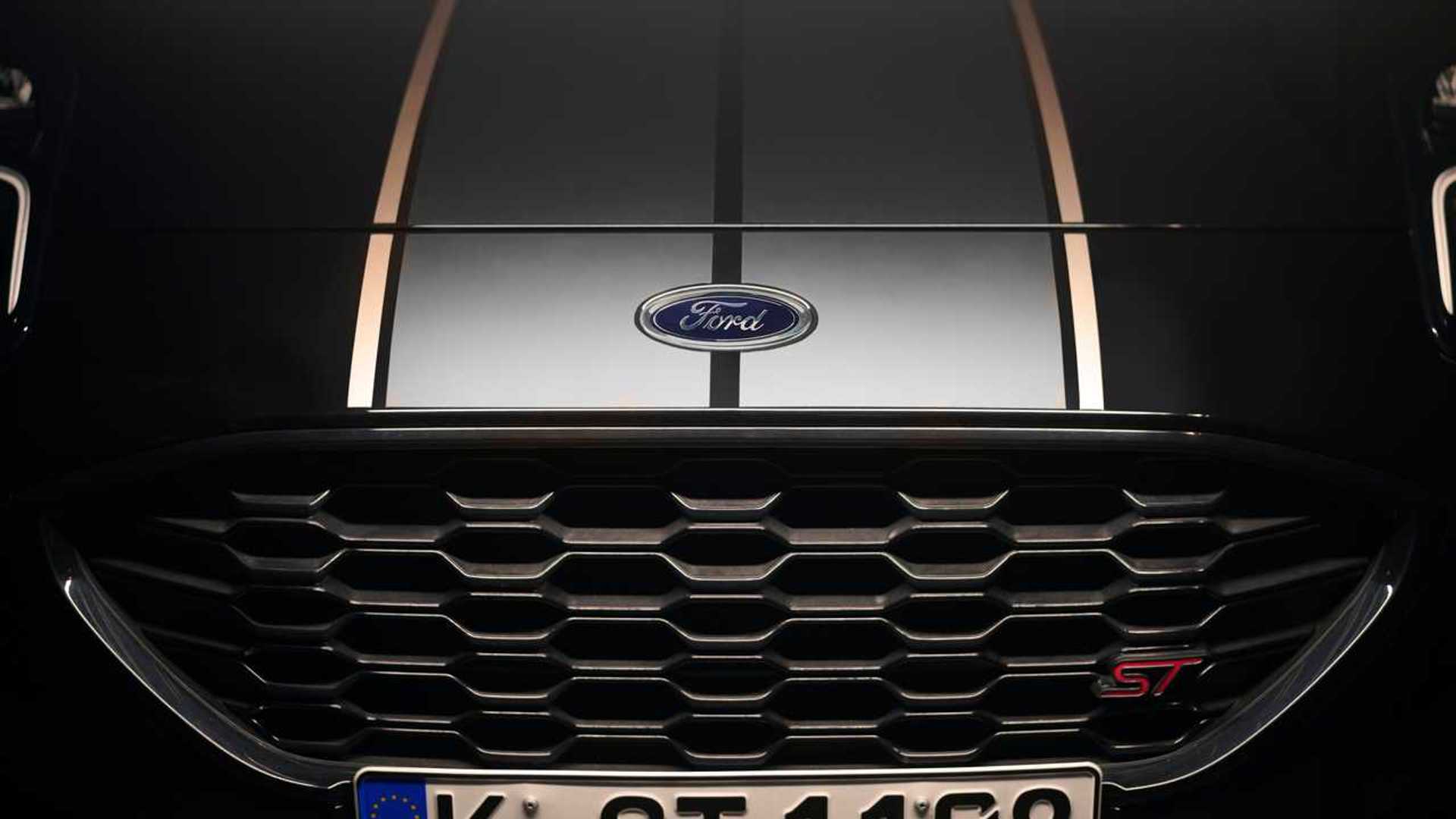 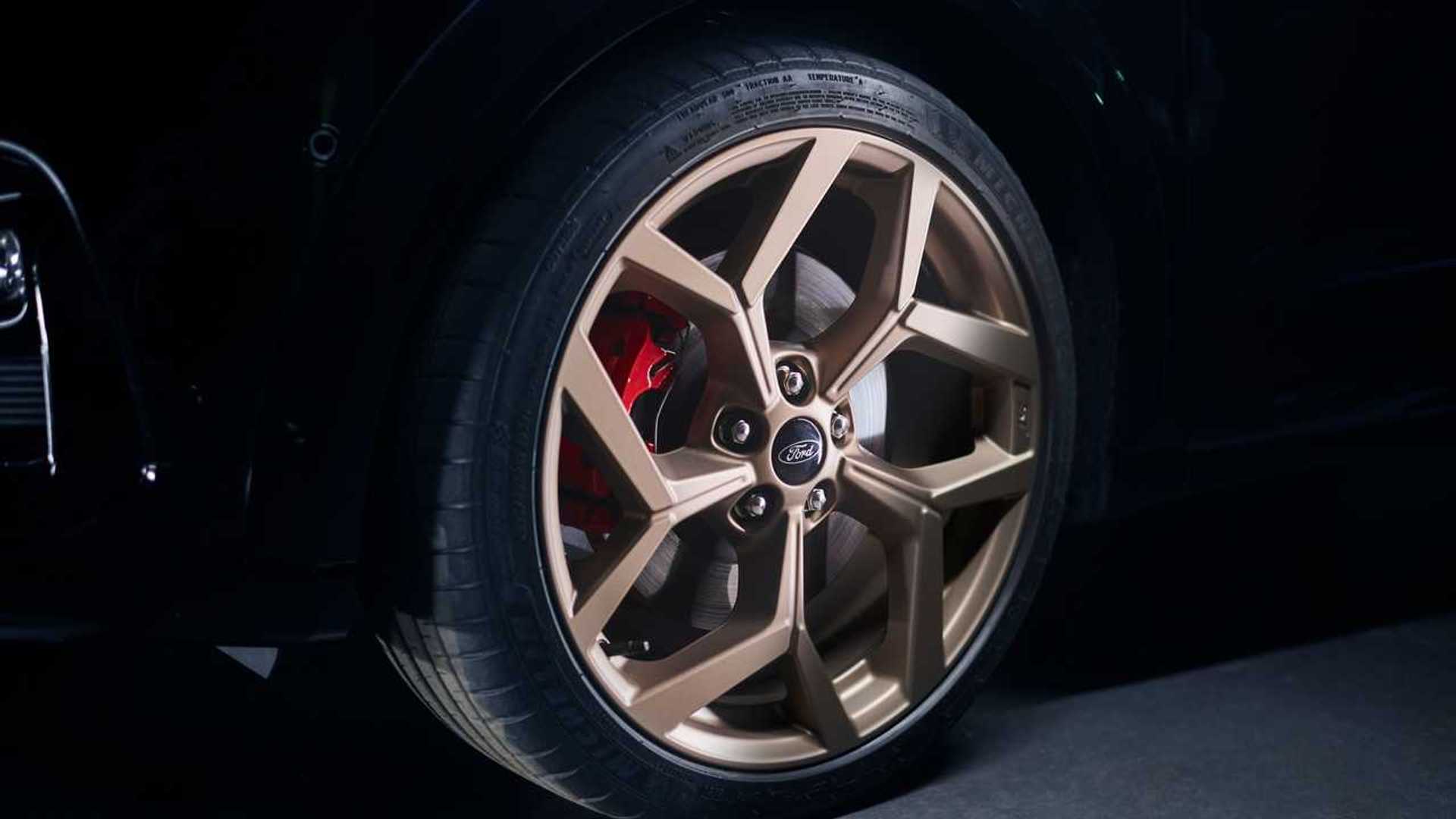 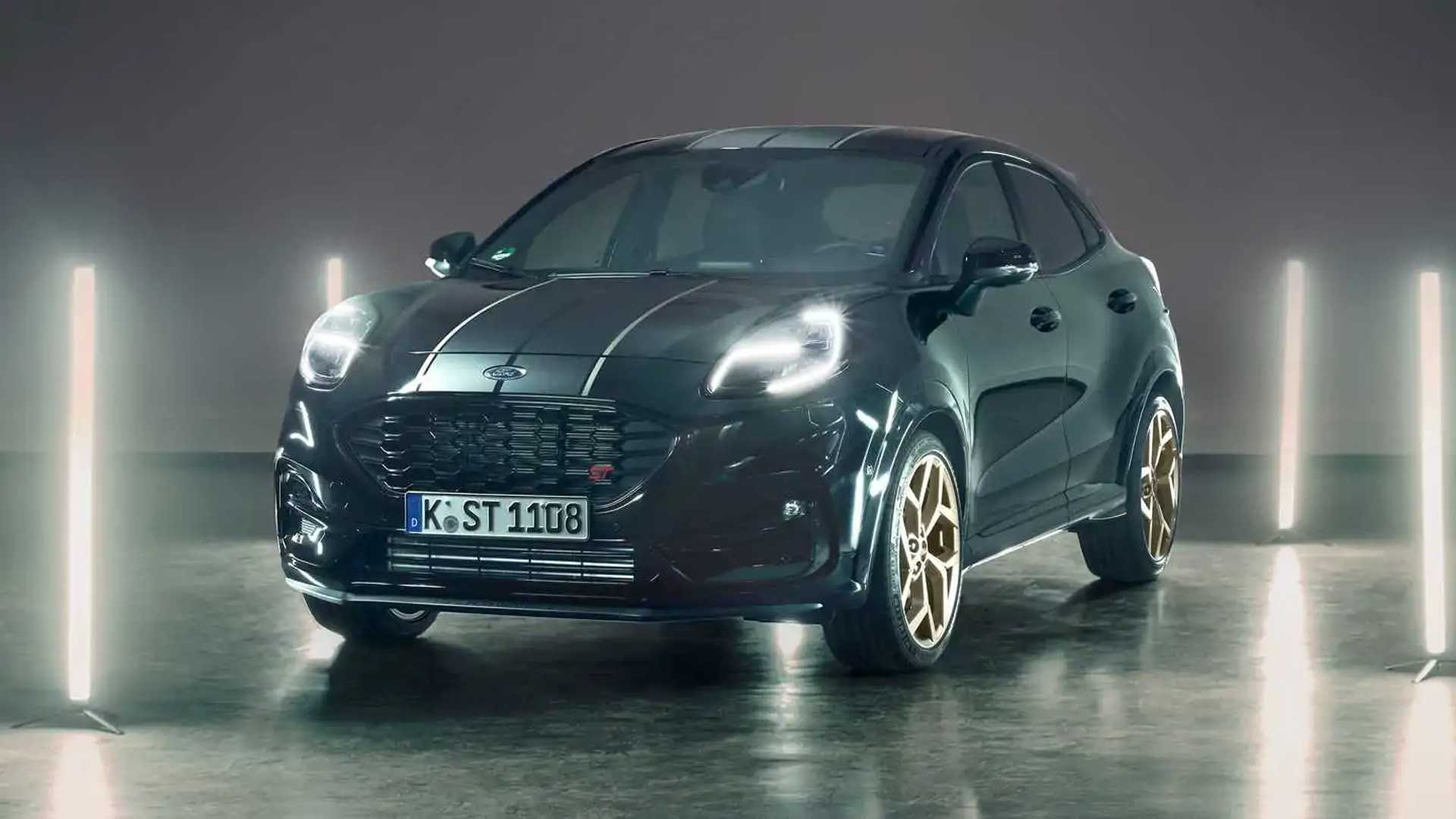 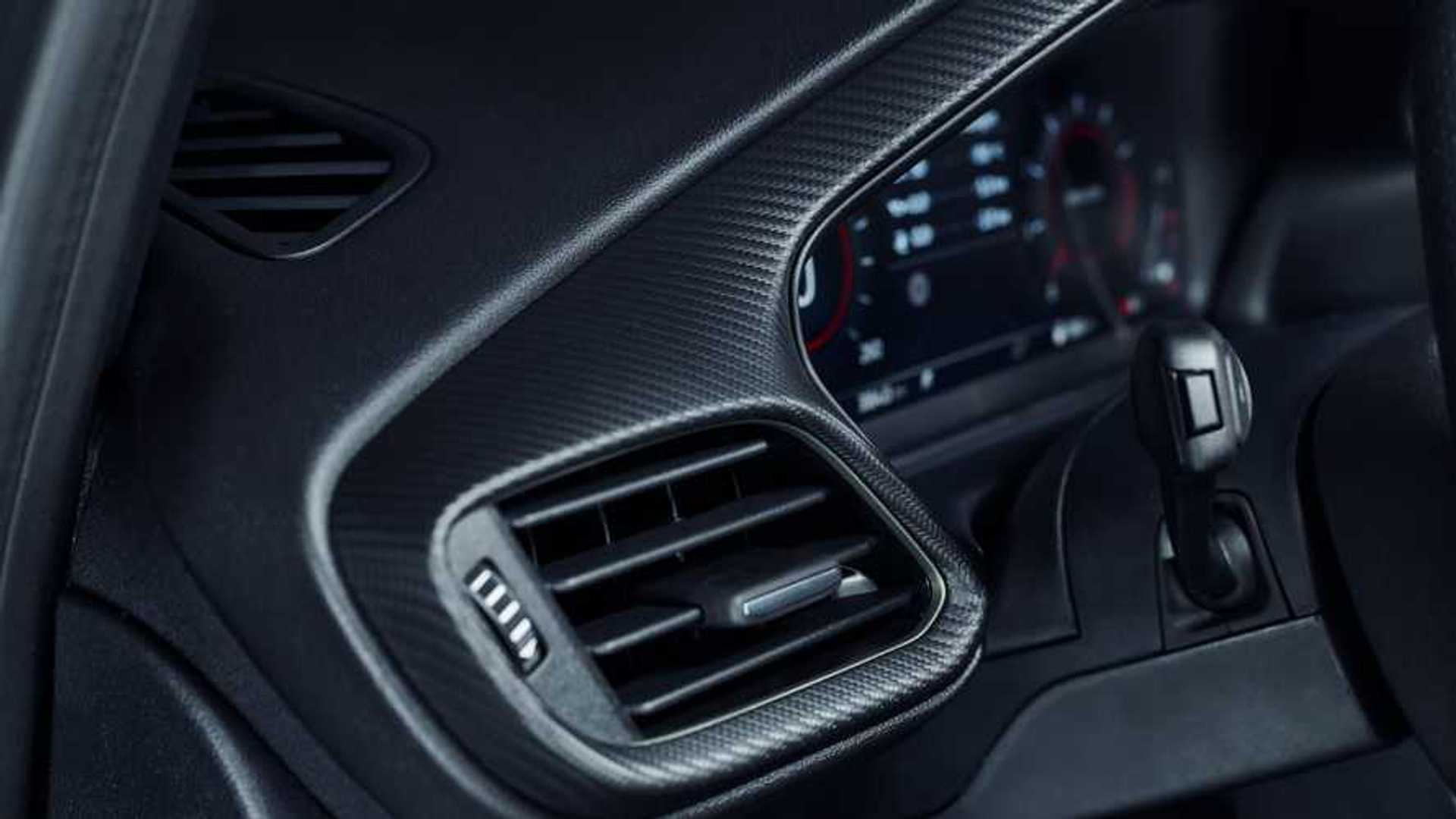 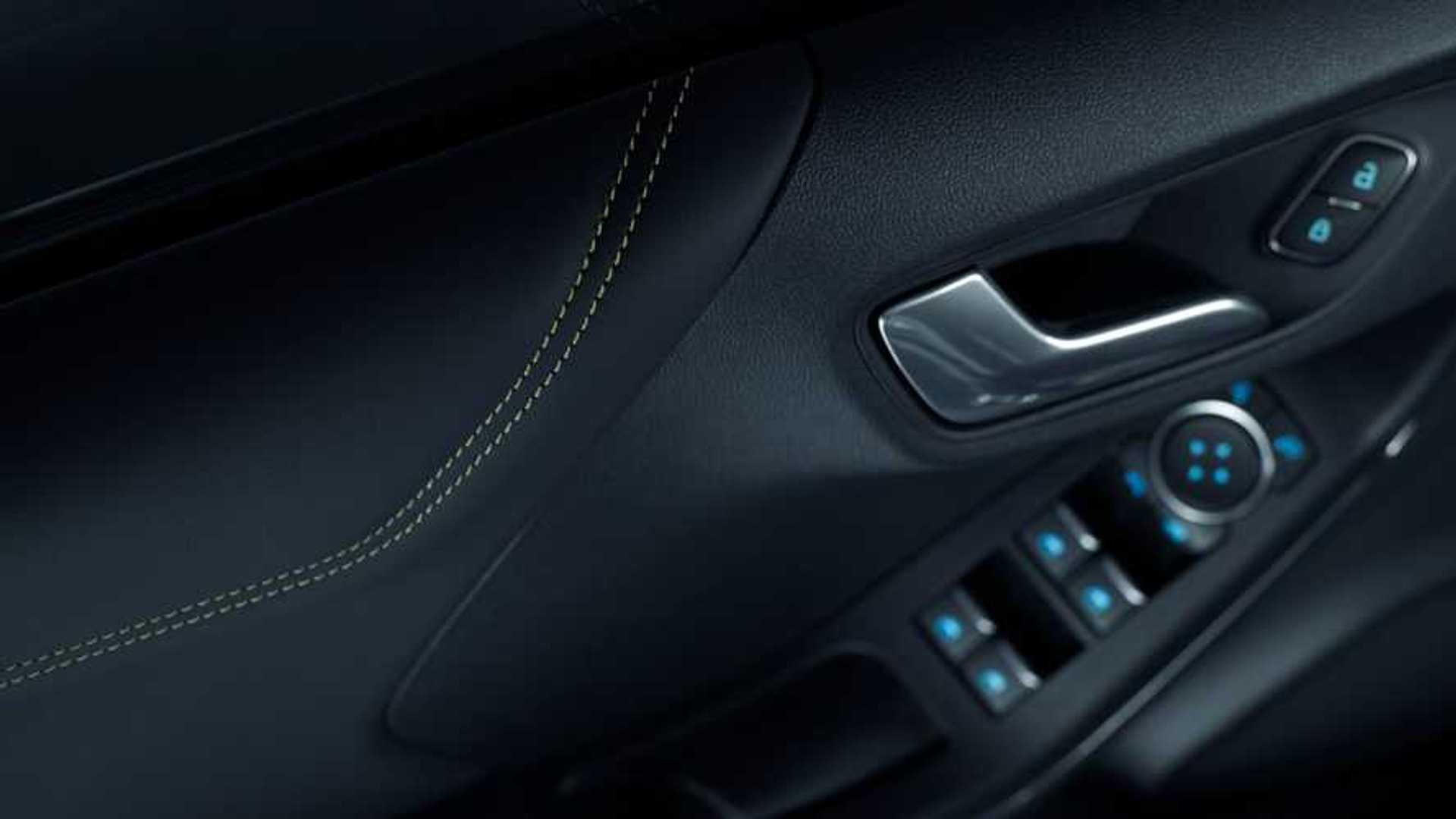 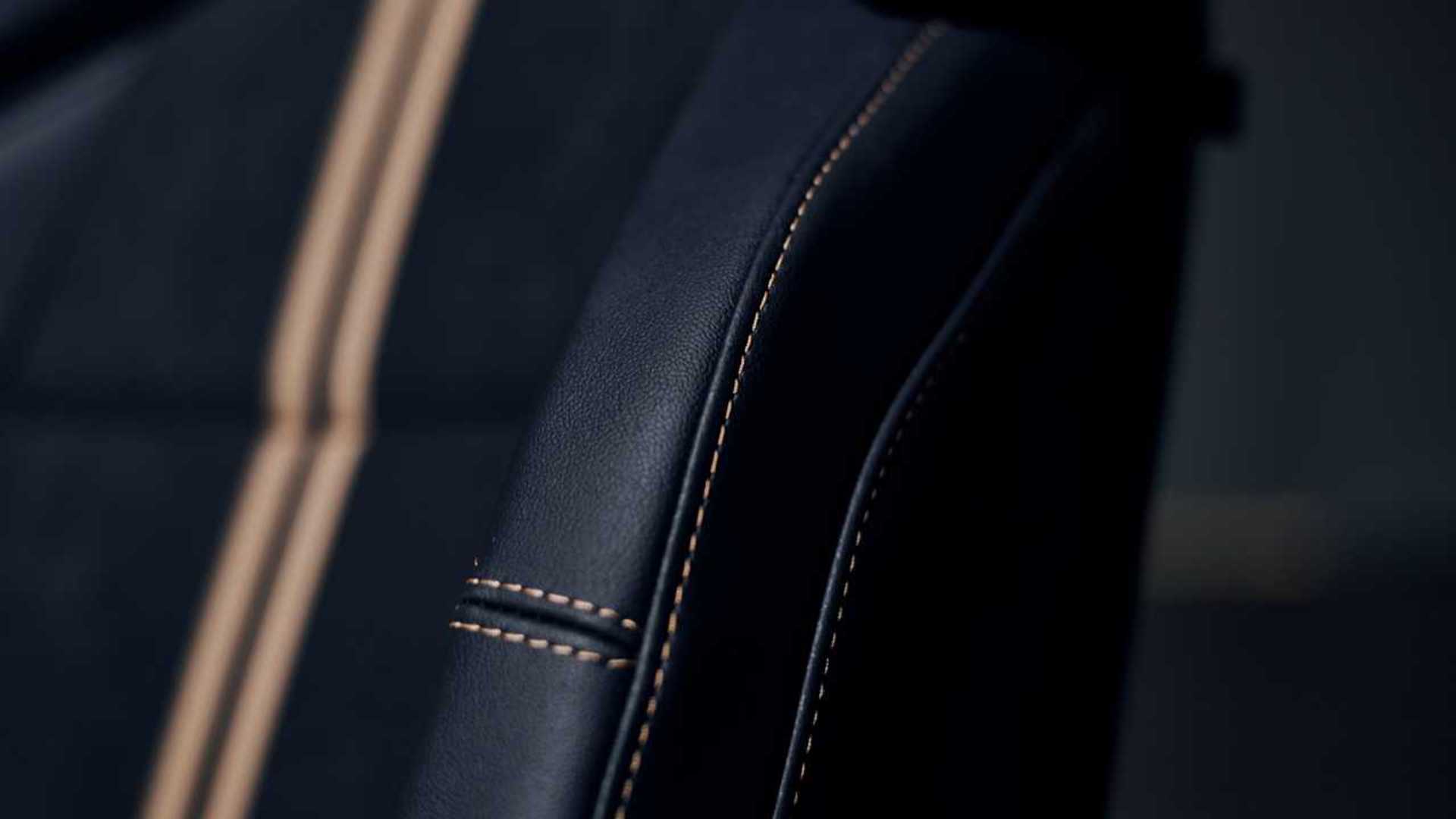 The Fiesta ST of crossovers features ST badges on the outside because most people opted for this look (79 percent). This crowd-sourced design continues on the inside as well where Ford fans were allowed to select the color of the stitching along with the lettering on the scuff plates, with Puma generating more votes than Ford Performance.

It’s still very much the same Puma ST underneath the fancy clothing, meaning the turbocharged 1.5-liter engine continues to produce 197 horsepower and 236 pound-feet (320 Newton-meters) of torque. The three-pot sends its output to the front wheels via a six-speed manual gearbox to achieve a sprint to 62 mph (100 km/h) in 6.7 seconds.

Although not mentioned by Ford, the Puma ST’s optional limited-slip differential will likely be offered for the new Gold Edition. The plan is to build the fancy subcompact crossover in limited numbers at the factory in Craiova, Romania and begin customer deliveries before the end of 2021.

Pricing details have not been disclosed, but you can imagine it’s going to command a premium over the regular Puma ST. In the country where it’s built, the model kicks off at €29,250 (about $35,000 at current exchange rates).

Meanwhile, the model remains a forbidden fruit in the United States even though Ford CEO Jim Farley admitted he would like the Fiesta ST in the US and other markets. If there’s one person who has the authority to decide this, it’s certainly the head honcho. Perhaps it’s time to launch a similar online poll asking fans whether they’d want the high-riding Fiesta ST in North America.