Rare and unique pieces of exclusive memorabilia – including firesuits and helmets – from the personal collection of Formula 1’s first American world champion, Phil Hill, will be auctioned from December.

The first of three dedicated automobilia auctions begins December 2, 2020, with additional offerings from the Hill estate selling in February and March in 2021. Each sale encompasses Hill’s various automotive and personal interests; from his time with the Scuderia Ferrari racing team to his passion of restoring and collecting rare and unique pieces of motoring history.

“While Phil Hill needs no introduction amongst car enthusiasts, his automotive passions beyond racing are perhaps less known,” states Gooding & Company President and Founder, David Gooding. “After a successful racing career championed by setting many records as a Formula 1 driver, his knowledge was then focused on his restoration business whilst staying very connected to Ferrari and the racing community.

“Both a collector and a world-class restorer, Phil’s enthusiasm and love of cars and collectibles was nothing short of impressive. It is our honor to present these cherished possessions from The Phil Hill Automobilia Collection.” 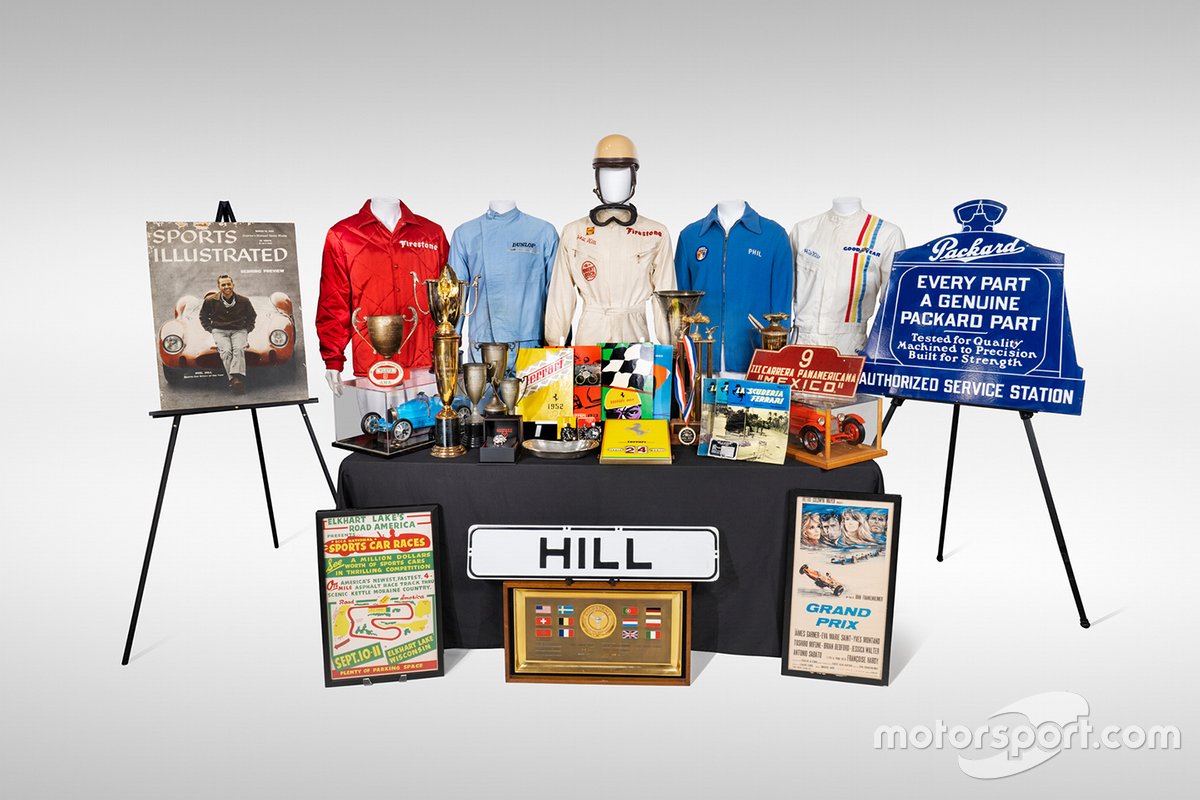 Hill, who died in 2008, was born in Santa Monica, California, in 1927 and he began competing in local Southern California sports car events, quickly rising to fame and eventually joining the Scuderia Ferrari racing team.

With Ferrari, Hill won the 1961 F1 World Championship, the 24 Hours of Le Mans and 12 Hours of Sebring. He later raced for two of America’s most famous racing teams – Shelby American, Ford as part of the GT40 program, and Jim Hall’s Chaparral team.

“My father was prone to keeping things he treasured, liked or found useful,” said Derek Hill, Phil’s son, who himself had a professional career up to FIA International Formula 3000 level. “From his unbelievable racing career with years of success at Ferrari to his post-racing life as a professional classic car restorer at his company Hill & Vaughn, he amassed a unique collection which reflects a golden era in motor sports and automobiles, while also including items from his diverse hobbies and love for music.

“Opening up my father’s archive to part with so many of his coveted treasures is a momentously sentimental event. Even though I grew up around all these things which were simply a part of our family home or stored away in a garage or two, it leaves me very excited to finally bring so much of this to light and to see it move on to folks who will absolutely cherish these long held objects.”