A massive 85 percent of road users agree learner drivers should have an eye check before getting behind the wheel with eight in ten supporting a plan to make the checks part of the driving test. Two-thirds also back proposals for motorists over the age of 50 to have an annual eye test to retain their licence.

The figure rises to a dramatic 84 percent for those above the age of 70 in a bid to reduce car crashes and improve safety.

Figures from ZEISS Visa Care even revealed 12 learner drivers per week fail to read a number plate correctly from a distance of 20m in concerns learner drivers may be a hazard to UK roads.

Experts warned current rules were failing to protect drivers as the regulations do not check how eyes deteriorate over the years. 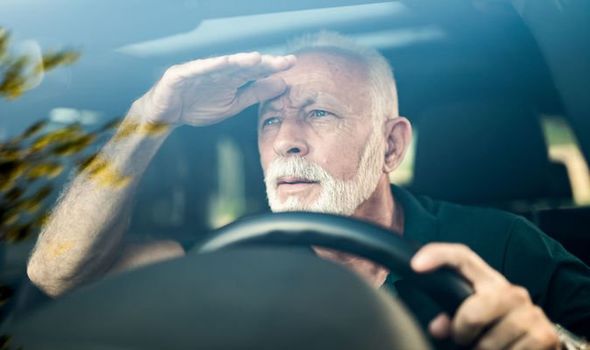 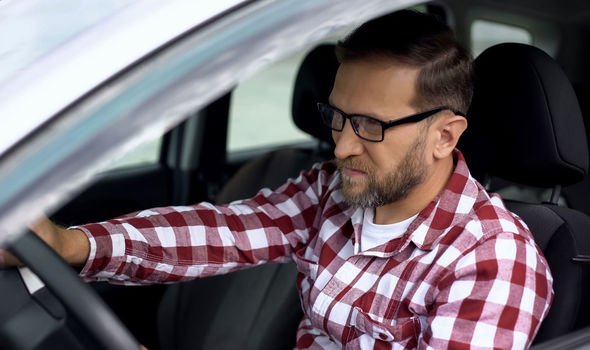 “A person’s vision changes beyond recognition between 18 and 80. A learner driver may pass the number plate 20.5 metre driving test requirement aged 18, but never have another eye test and still be on the roads seven decades later.”

As things stand, official eye tests are not required to get behind the wheel of a vehicle in the UK.

Reading a number plate from a distance of 20m is a part of the driving test but this does not fully check the eye condition or inform motorists whether glasses should be used while driving.

There are currently no other eye tests after this point despite vision generally worsening as people get older.

The data shockingly revealed one in eight motorists who wear glasses behind the wheel only got medical help because they got lost after misreading road signs.

DON’T MISS
Driving after Brexit: What do I need to drive abroad after Brexit?  [ADVICE]
How much can you save by switching car insurance?  [ANALYSIS]
Road safety: Risk of injury and death increases by driving tired [COMMENT]

“Road signs and signals are key to ensuring road safety is adhered to – those with poor eyesight can often end up reading these too late or missing them completely, putting themselves and other drivers in danger.

“Impaired vision can often slow down reaction times, which are imperative for safe driving practices.”

The analysis comes after the DVLA revealed an average of 7,000 motorists have their driving licence medically revoked each year for bad eyesight.

Data showed 19,644 drivers had their licence taken away between January 2017 and September 2019 due to inadequate vision.

A survey from DirectLine revealed 21 percent of road users had not had their eyes tested at all over the past two years.

If the figure were correct across the UK it would equate to almost 9million road users who have not had a thorough eye examination.

Sofia Fazel added: “This time of year, with poor weather, longer nights and low winter sun all negatively impacting drivers’ vision is particularly dangerous on the roads so we would recommend that drivers take proactive steps and book a simple eye test to ensure their eyesight is good enough for them to be safely behind the wheel. 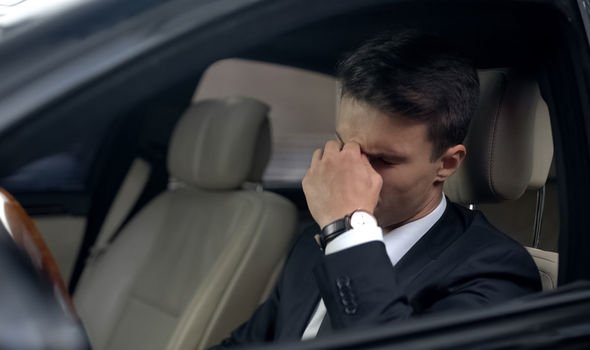 “Our research shows that there is just as much appetite for a change in the law amongst the public as there is amongst road safety organisations, and we would welcome a fresh look at the current legislation.”

According to road safety charity Brake, road crashes involving a driver with bad eyesight is estimated to cause 2,900 causatives and £33million each year.

Those with untreated eye conditions will gradually lose eyesight over time. However, the DVLA says some people can lose up to 40 percent of their vision without being aware of a problem at all.

What if I drive below the minimum standard?

Driving with bad eyesight is an offence and motorists could be stopped by police officers and ht with struct penalties.

Police can stop a motorist if they suspect dangerous driving and can conduct an on-the-spot eye test to check whether you meet the correct limit.

Those found to be breaking the rules can be hit with a £1,000 fine and risk being issued three penalty points on a driving licence.

In severe cases, some road users may be disqualified from driving and the police could even revoke your licence on the spot.