The Radio 1 host and e scooter owner said it was “brilliant” trials were finally going ahead but warned riders needed to be “safe and respectful” to road users. Around 30 trial schemes are underway across the UK which is set to run until the end of Autumn 2021.

The Department for Transport (DfT) will then use this information to decide whether to legalise e-scooters for public use or consider what new legislation may be required.

Speaking to Express.co.uk, Matt said: “I do think it’s brilliant we are getting these trials.

“The whole point of a trial is to see how it goes, how will the public respond? To see how pedestrians and motorists respond.

“We’ve got this opportunity to make scooters part of the transport ecosystem. 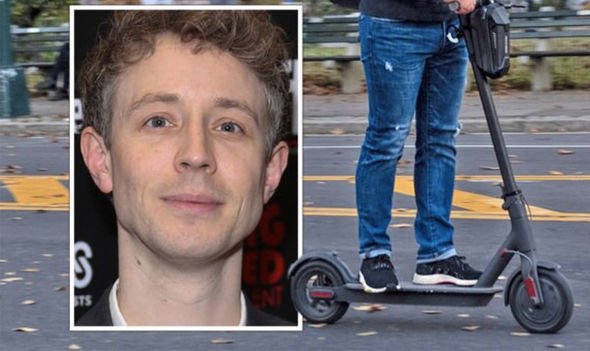 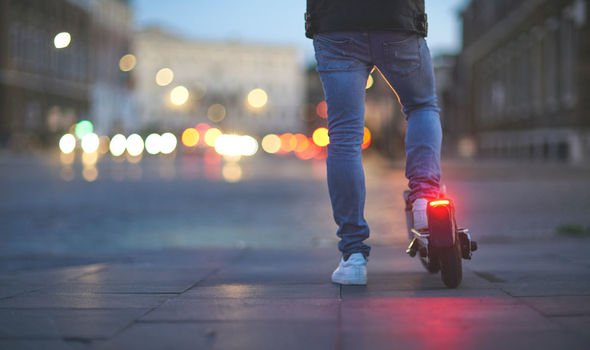 “But before we get on one and just zip off let’s make sure we are doing it in a way that is safe and respectful to other people.”

New research from Currys PC World has highlighted one in 10 Britons were gifted an e-scooter this Christmas as the popularity of the new tool soars.

Currys recorded a massive 230 percent increase in e-scooter orders over Christmas as parents were desperate to secure the next new gadget for their loved ones.

However, under current legislation, private e-scooters can only be used on private land and not on public roads.

DON’T MISS
Highway Code ‘needs to be changed’ for e-scooters [ANALYSIS]
New scooter law ‘could cost lives’ without this change  [COMMENT]
Electric bike v Electric scooter: Which is the future of your commute? [ADVICE]

Despite the sudden surge in interest, one fifth said they would be too scared to ride an e-scooter at all.

A total of 61 percent of Britons said people riding e-scooters are a danger to others on the road with 49 percent saying riders often travel too fast.

Matt Edmondson has urged riders to be “really aware” of their environments when using the new tools but claimed it would eventually be possible to achieve “harmony” on the roads.

He told Express.co.uk: “There’s a lot of them out there and there are people out there riding them in a way that’s a little bit annoying.

“Actually if they can become as regarded as a pushbike or an electric bike or that sort of thing, that’s kind of the place I would hope we would get into.

“It’s the same with bicycles and with mopeds, you have to be really aware of who is around. A bicycle is also totally silent unless you’ve got a little bell on it.

“It can if it chooses to jump lights and weave through traffic and so it’s about making sure the people who are riding the scooters are doing it in a way that’s considerate to other motorists.

“If car drivers are aware there are scooters in the area and they will be because of the trials, and scooters are aware they need to behave themselves on the road and make sure they don’t get themselves into a position where a car could hit them, you could have some degree of harmony there. 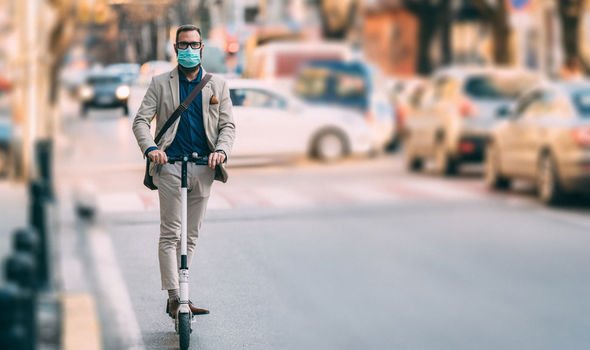 “At least as much as you do with a pushbike and cars.”

GOV.UK has warned private e-scooter users could face a fine and even receive penalty points on their licence for using one illegally.

Owners could see their scooter impounded for breaking the rules and not using it on private land.

Matt revealed his love for e-scooters came about by complete chance after a simple Christmas gift from his wife Bryony.

He told Express.co.uk: “It was something that came about by accident.

“I saw Louis Theroux riding a push scooter and I said to my wife ‘oh if he can ride one I should get one’. I basically wound her up about the idea that I was going to get a scooter for about a year just as a joke.

“And then she bought me one for Christmas and I thought ‘oh I’m going to be one of those people riding around on a scooter’. Then I tried it and it changed my life.

“My first experience [on an e-scooter] was on holiday on a rental system where you could rent an e-scooter. It was just a brilliant way of getting around it felt like I was stepping into the future.

“When they first came out I got one and was using it for a bit.

“Obviously they’re not actually road legal so I’ve had to stop using it now to abide by the rules.”