Experts at Admiral have warned it was “vital” that safety was looked ahead of any law changes to allow more widespread use of scooters on UK roads. They revealed this was important to protect drivers as well as other road users who may become disoriented by the new mode of transport.

Admiral experts have pushed for tougher regulations and extra rules to be put into place before the scooters are given the green light.

Ada Gavin, Head of Claims at Admiral said: “The world of transport is evolving, so it’s important that infrastructure evolves alongside it to meet demand and keep all road users safe.

“If E-scooters are made legal on UK roads, it’s vital that safety is the top priority before any changes come into play.

“There are measures that can and should be taken to make it as safe as possible, not just for E-scooter riders but for all other road users too. 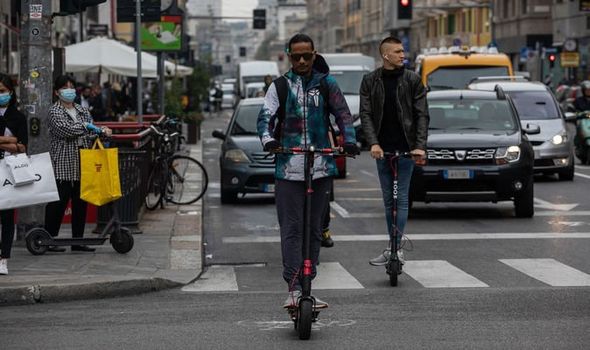 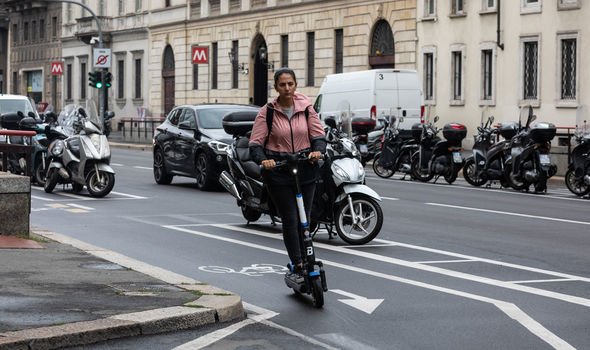 “This means introducing regulation for the industry, enforceable speed limits, the use of helmets, and even making sure appropriate insurance is in place.”

Admiral confirmed that the number of claims made by e-scooter riders had “spiked” in 2020 in a major concern.

Although the number of incidents had increased by just over 20, this was still a boost of over 500 percent.

Mr Gavin added: “The last few months have given us a glimpse of the future of travel, and E-scooters have grown in popularity as they offer a cheap, easy and environmentally friendly way for many people to get around.

“As their popularity increases, we expect they will soon become a legal mode of transport and we will see many more riders on UK roads in the near future.

“Unfortunately, with this rise in the number of people using e-scooters comes an increase in risk for all road users.

“So far this year Admiral has seen a spike in the number of accident claims involving E-scooter riders, with 26 claims handled this year.

“That might not sound like a lot, but when compared to last year where there were just five claims involving them, it’s a big difference.

Last month The Transport Committee said e-scooters should be legalised on road but still banned on pavements.

But despite agreeing with their road use, the Committee still described the tools “dangerous and anti-social”.

Committee Chairman Huw Merriman warned that it was important the scooters did not make “life more difficult” for pedestrians.

Under current measures, e-scooters are banned to use anywhere except under specially monitored trial schemes or private land. 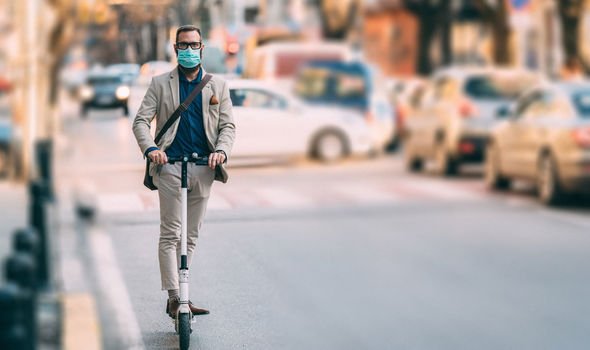 Admiral is not the first to raise concerns over the safety of e-scooters with motoring lawyer Nick Freeman also campaigning against them.

Mr Freeman has previously warned that motorists could be hit with heavy punishments if they were to hit a rider.

This is because the legal default would likely be the same as when drivers hit cyclists, meaning it would be down to the motorists to prove they were innocent.

He has called for the Highway Code to be urgently changed to accommodate the new technology to keep everyone safe.

He previously told Express.co.uk: “E scooters are going to whizz up on the near side and on the off side, you’re not going to hear them, they will come up very quickly, very silently very stealthily.

“You need to be aware at all times what’s happening, it’s going to be a constantly changing environment for the motorist.”