DVLA number plates can make your car more attractive to thieves who steal the vehicles due to the perceived added value of the plate. Research from MoneySuperMarket revealed owning a personalised design could make you 50 percent more likely to have your vehicle stolen than others.

Some unique number plate designs can be so rare they are even more expensive than the vehicle themselves.

Some personalised plates can sell for thousands of pounds and are therefore more attractive to criminals than ordinary cars.

Because of this, motorists must contact their car insurance provider when they change their number plate or could face seeing their agreement invalidated.

Car insurance policies are calculated by your perceived road risk and premiums are likely to increase if your car is a higher target. 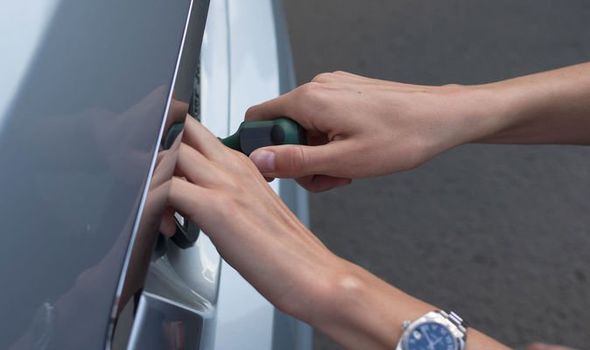 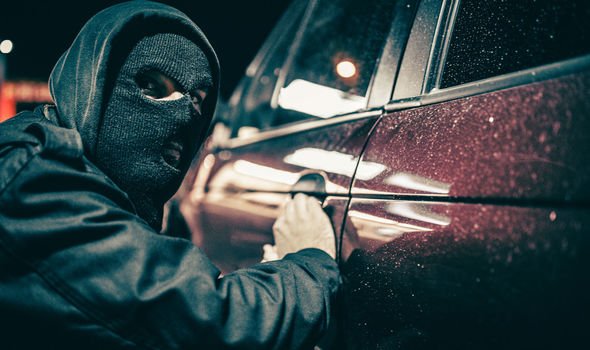 A personalised number plate is effectively the same as a car upgrade and companies must be informed of any changes to get road users onto a correct plan.

Kevin Pratt, consumer affairs expert at MoneySuperMarket said: “Firstly, you need to ensure that your insurer is aware of your new plate details, so it can be reflected in your policy – your cover could be invalidated otherwise.

“Owners of a personalised plate should also be conscious that in the event their vehicle is written-off or stolen and they make a claim on their insurance, the car will become the property of the insurer, along with the plate.

“To avoid this happening, it’s vital the driver tells the DVLA and also the insurer that they wish to keep the plate.”

DON’T MISS
Clear frost and ice off your car windscreen in seconds [TIPS]
This UK region has paid over £300,000 in pothole claims [ANALYSIS]
This popular Ford has been voted Car of the Year [PICS]

Research from GoCompare found just 19 of 302 car insurance companies cover the loss of a personalised number plate as part of their agreement.

Even if they do have cover, motorists are only likely to get around £200 back for a plate even if it cost thousands of pounds to purchase.

Road users must wait 12 months after they are stolen to reclaim their number plates and need to prove they had a valid MOT and car tax paid at the time of the incident.

However, normal plates are also regularly stolen as thieves use the details on a different car to clone the vehicle.

The thieves can then get away with not paying for charges, speeding fines or car park tickets as all fees are sent to the original owner.

Last year data from the AA revealed over 500 number plates per week were being stolen by criminals.

The data revealed at least 25,000 number plates are stolen from vehicles over twelve months. 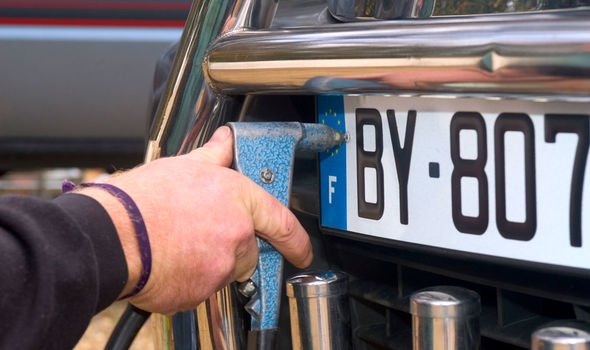 RAC experts say motorists who think their car has been cloned must contact the organisation who has issued a fine as soon as possible.

The police and the DVLA should also be contacted so an investigation into the car cloning scam can begin.

In some cases car cloning is done so quickly criminals do not need to remove a number plate from a vehicle.

It means motorists may have no idea car has been cloned until a penalty notice is issued.

2021 Acura RDX Gets Amped (and Orange) With PMC Treatment

Honda’s Acura luxury division is no stranger to sports cars, and the brand is dusting its lineup with just a little bit of that performance magic via PMC Editions of…

Nissan Z Nismo: Here's What It Could Look Like

Nissan has hinted at a hotter Z car in development. The Nissan Z Proto that the Japanese automaker revealed last week is a healthy dose of retro. Designers pulled from…
F1

Hot-rod Euro SUVs are great fun and all, but what if you're looking for three rows and to spend about half the average base price of, say, the super-utes in…

Drum brakes have all but disappeared from modern passenger cars. Sure, a few econoboxes still have them out back on account of their low upfront and maintenance costs, but they're…
We and our partners use cookies on this site to improve our service, perform analytics, personalize advertising, measure advertising performance, and remember website preferences.Ok