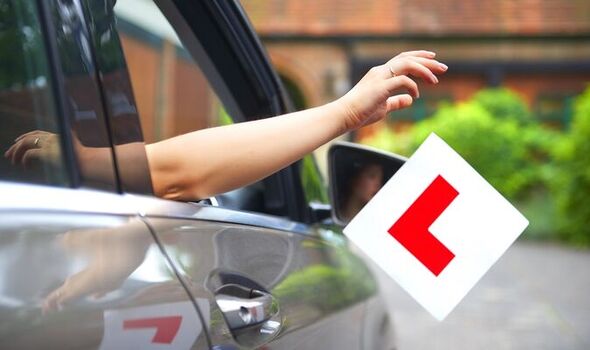 The scam means learners are paying more than £200 to beat a huge backlog caused by the pandemic. An investigation found test slots were being bought in bulk and sold on for profits to learners who would otherwise have to wait months for a test slot.

Investigators also uncovered evidence that some instructors and other people were being encouraged to resell slots for a profit.

Tests were banned during coronavirus lockdowns, leading to a vast backlog of people desperate to get a full driving licence.

By December, more than half a million learners were waiting.

Many are facing waits of up to 10 months, prompting some to turn to the secondary market, paying a fee to companies to find cancelled tests.

Others face eight-hour round trips to take advantage of an available slot many miles away.

The Driver and Vehicle Standards Agency urged learners to be patient and only use official channels.

It also said it was stepping up its IT defences against bots.

A spokesman said: “We urge applicants not to use any third-party cancellation-checking services and to always go through the official DVSA website. We’ve already put in place measures to monitor and prevent bots from accessing our systems while also strengthening our firewall to tackle the issue.”

The standard fee is £62 for daytime weekday slots and £72 for evenings, weekends or bank holidays.

One learner calling herself Amelia, not her real name, told the BBC investigation that she paid £210 for a test slot. The 23-year-old said: “It was very on-the-go. My driving instructor would call and say, ‘Quick, there’s a cancellation, do you want it?’

“The day we booked my test it all happened within a three or four-minute phone call.”

Amelia had to reply with a picture of her provisional licence number. She then got a reference number allowing her to change the test booking with her details. Another driver said her instructor had paid £235 for her test. For a third, the price was £186.

One operator, who advertised a test-booking service on Facebook, claimed driving instructors who worked with him could “make upwards of £400 to £600 a week” by reselling exams to learners.

But unscrupulous instructors who are tempted to cash in on the backlog were condemned by their colleagues.

Charles Moffat, chairman of the Approved Driving Instructors’ National Joint Council, said the organisation had heard accounts of tests being resold for a profit.

Mr Moffat said: “We abhor such practice and will always report such conduct to the DVSA.”