Home » Car Reviews » Do not use hazard lights when driving in rain: Police – paultan.org 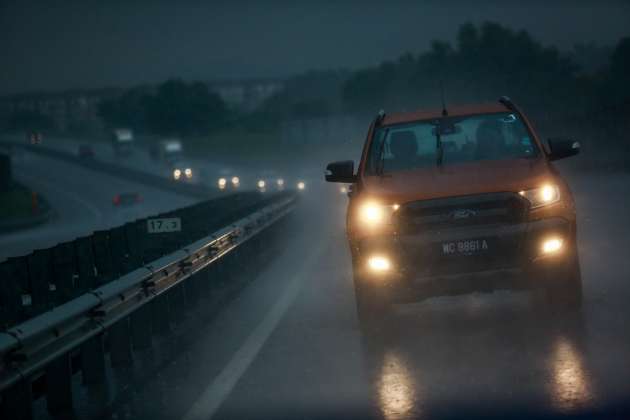 As we approach the end of the year, the monsoon season in Malaysia brings rainfall on a more frequent basis, and so the Royal Malaysian Police (PDRM) has issued a reminder on its traffic investigation and enforcement department (JSPT) Facebook page to take due care when driving in heavy rain.

Among these is a reminder to mind that old habit: do not use the hazard lights when driving in heavy rain, because as its name indicates, is for use in emergencies only. They are not “double signals”, as they are so often wrongly called in the vernacular.

Doing so will pose several dangers. Having been first taught in driving school that hazard lights are to signify a vehicle that has stopped for an emergency, this will cause confusion for motorists travelling behind the still-moving vehicle, adding unnecessary stress on top of the already reduced visibility for the drivers following. Worse still, remember the tale of “the boy who cried ‘wolf’”? If and when the erroneous use of hazard lights becomes normalised, as it probably has, this will pose great, immediate danger to everyone involved if the vehicle with the hazard lights on is, in fact, stopped, and the driver of the trailing vehicle considers the scenario – in poor visibility, remember – to be just another car driven with its hazard lights on. One can imagine the ensuing drama with the closing speed between the two vehicles.

On that note, slow down for adverse conditions, the JSPT reminds drivers. While the illustration in the JSPT graphic suggests keeping below 80 km/h to avoid aquaplaning, the reality is that conditions will vary and if at any point one feels uncertain of safety, one should reduce speed even further.

In the rain, more of the usual precautions apply, too. Increase the distance between your vehicle and the one ahead of you to give yourself more room to react, as poorer visibility also affects reaction times when the driver has to work harder to determine the situation on the road ahead. This also allows for reduced grip due to rain water and consequently, anything else that may have washed up to the road surface. 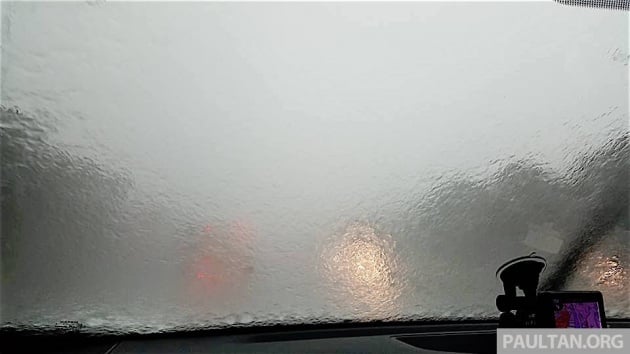 One more precaution to take is to try and avoid the far-right-hand-side lane during or after very heavy rain, as there may be standing water on the lane in the opposite direction. Particularly on highways where barriers are relatively low, standing water could be splashed across by vehicles coming the other way, and because the right-hand lane is the fastest-moving, water is likely to be thrown the highest, and as a result cover more of one’s windscreen and increasing the duration of the temporary “blindness”.

Be mindful of standing water hazards in one’s own lane, too. As mentioned, aquaplaning will cause temporary loss of control, and in an extreme example, a car has ended up on its roof. This also serves to remind that tyres are intended to be the only points of contact between a vehicle and the road, so do ensure they are in optimum condition for use.

All in, here’s a reminder once again to drive to the conditions, remember the correct use of your vehicle’s hazard lights, and increase physical distancing between vehicles – and reduce speed – when the rain gets heavy. Safe driving, everyone.