The report found that bike use would increase by just one percent even if the current Government spending on cycle schemes continued for up to 10 years. An academic study from the Economics and Human Biology journal has estimated that for every £4,915 spent on cycle lanes in London, just one extra commuter cyclist uses the scheme.

In Central London costs could rise to over £6,000 for every extra cyclist with figures falling to just over £4,000 for areas outside the capital.

The Department for Transport has already pledged to spend £2billion on cycle lanes across the country over the next five years.

The scheme is an attempt to encourage people to switch to cleaner models of transport after cycling boomed over the summer.

However, this was mainly down to commuters desperately avoiding packed transport systems due to the coronavirus pandemic. 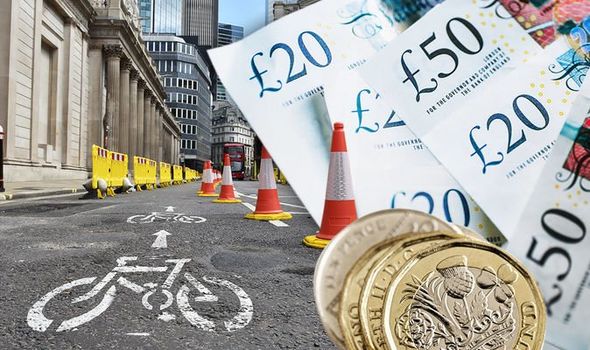 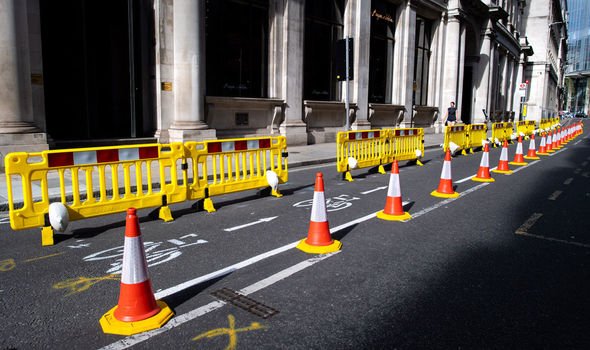 Currently, the UK has one of the lowest rates of commuters travelling to work by cycle with just three percent picking their bike over other modes of transport.

This is comparable to nine percent of commuters in Germany and up to 25 percent in Denmark.

Dr Adam Martin, the main author of the report warned that the figure of three percent had been “steady for decades”.

The data proves that cycle schemes are still unpopular across many areas after the failed Low Traffic Neighborhood (LTN) systems which caused traffic chaos.

Residents and experts have attacked the new plans which have left many communities divided by roadblocks.

Emergency service crews have been left stranded on call outs with businesses suffering the economic consequences of diverting traffic away from their premises.

However, the Telegraph has shockingly revealed how one cycle lane in Harrow was used by just seven cyclists over six hours.

In comparison, they said that 2,400 cars and over 500 vans used the roads next to the cycle lane causing congestion.

Just three cyclists were seen using the lane during the peak morning period between 7:30am and 8:30am with a further one cyclist between 8:30am and 9:30am.

No cyclists were seen using the new cycle route at all between 11:30am and 12:30pm in a major revelation.

More than 1,600 residents have signed a petition for the cycle lane to be removed or altered after locals have gained the scheme has caused “immense chaos”. 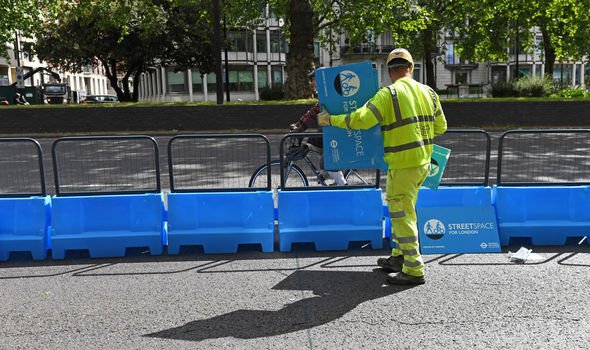 A DFT spokesperson said: “This summer we saw weekday increases of around 100 per cent in cycling.

“Nearly eight out of ten people support measures to reduce road traffic in their neighbourhood.”

However, despite the antagonism against the schemes, it is believed that a further £95million will be spent across the capital on similar projects over the next six months.

The Walking and Cycling Alliance defended the schemes, adding that there was simply a “vocal minority” trying to stop the projects.