After August 2020, the cumulative number of plug-in electric cars sold in the U.S. is estimated at 1.6 million units, including more than 164,672 during the first eight months of 2020.

BEVs just crossed the mark of 1 million units, while the PHEVs are at over 600,000. BEVs have been the majority of sales since 2015. 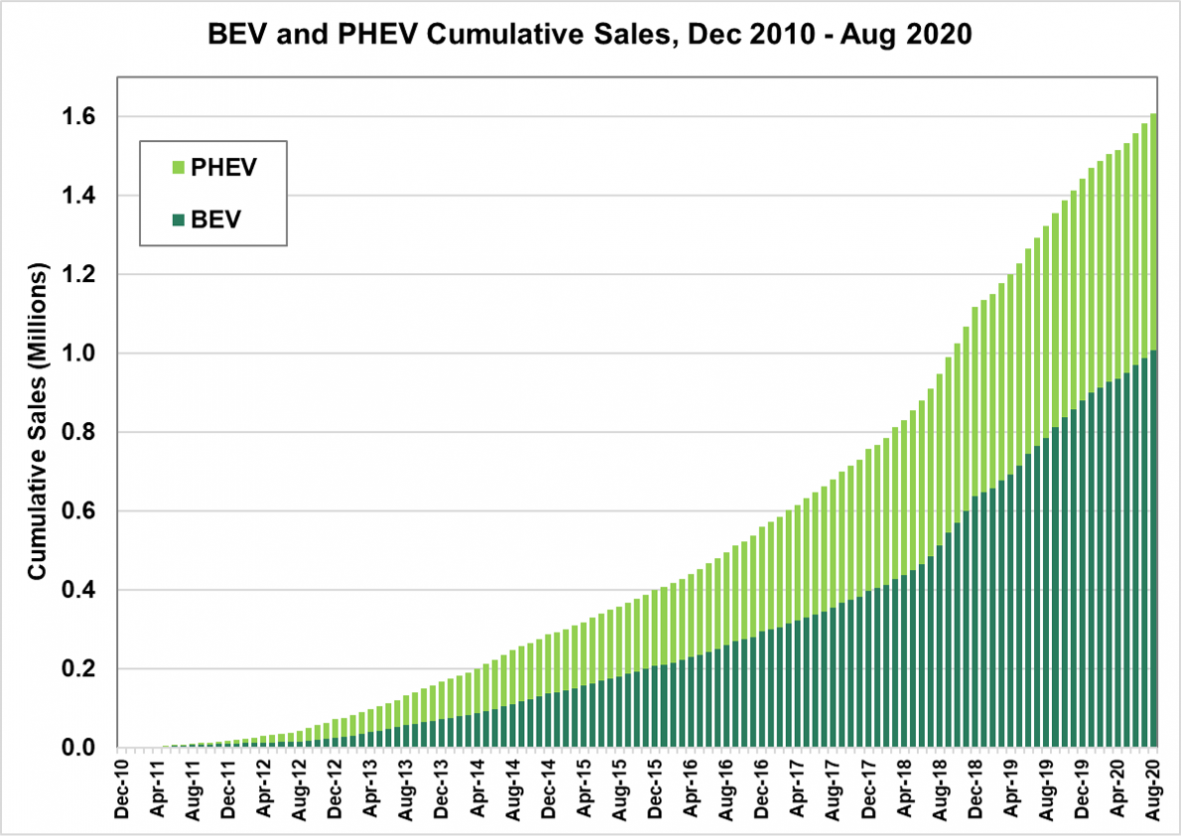 Hopefully, plug-in electric car sales will improve in the coming months and after the challenging 2020 and we will finally see new records in 2021.

There are also hydrogen fuel cell vehicles (FCVs) in the stats, but at a very low level – 581 YTD (including 97 in August). The cumulative number of 8,831 since 2014 proves that so far there is no market for this type of vehicle, aside from pilot rollouts.