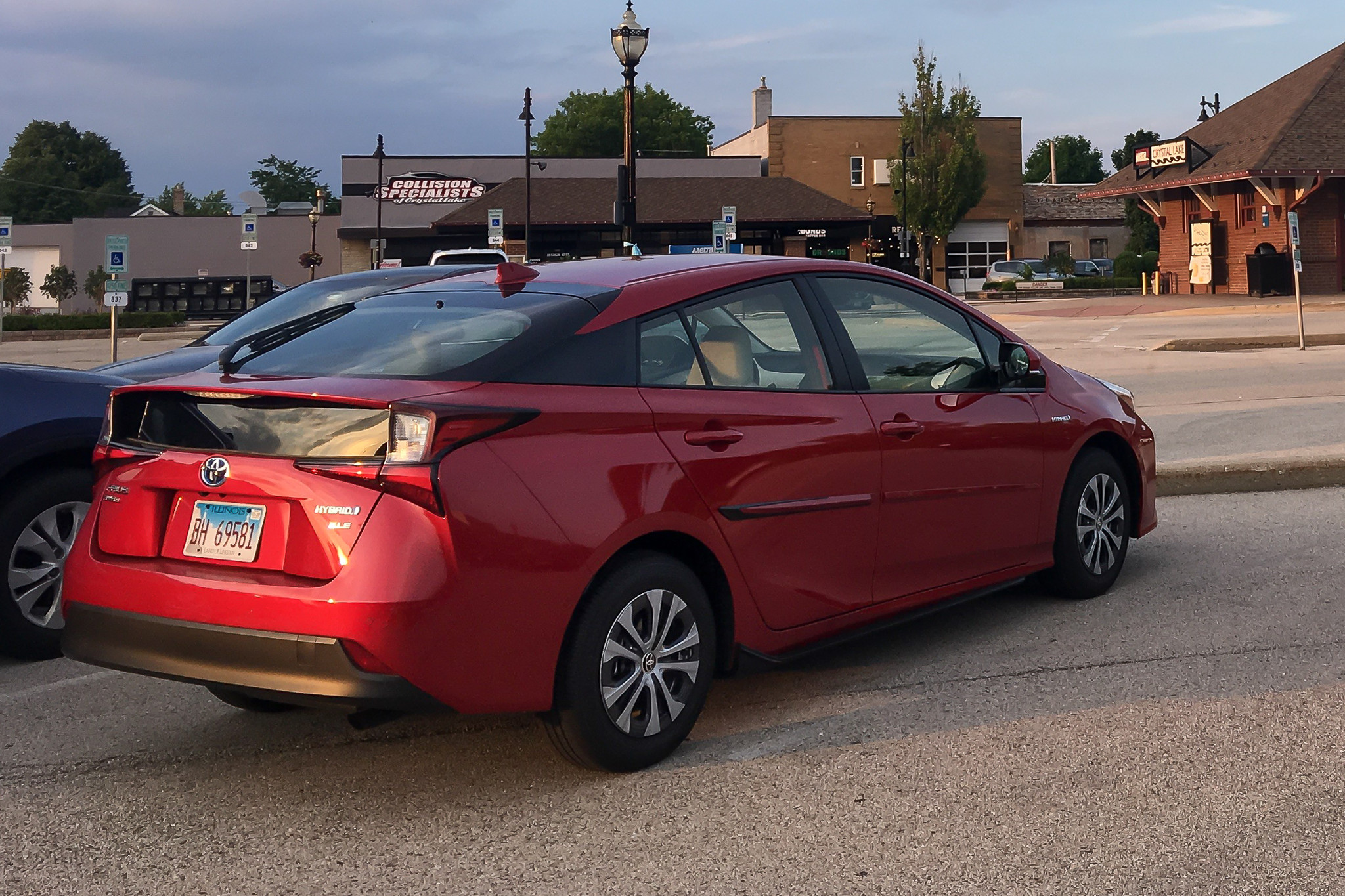 The first time I noticed it, I was pulling to a halt at the ticket box as I left the parking garage (91 out of 100). The second time was in stop-and-go traffic minutes later (78/100). By the time I’d parked at the end of my first trip home with the 2019 Toyota Prius AWD-e (86/100), I could think of nothing else. While I happened to be driving the new all-wheel-drive version of the Prius amid a Chicago summer in which the winter-friendly feature wouldn’t come in handy, I realized I’d become mildly obsessed with another feature, one you’ll find in most model-year 2019 Toyota hybrids: the Eco Score.

Are you a Toyota hybrid owner still grappling with the logic of its scoring? Considering a Toyota hybrid and want to know what the Eco Score is? Just a curious passerby? Pump the brakes (slowly, mind you) — here’s the rub on how Toyota has gamified fuel-efficient driving.

What Is the Eco Score?

Originally rolled out on the 2012 Prius c, the Eco Score is a number out of 100 you’ll see in model-year 2019 Toyota hybrids equipped with a 7-inch digital display — that means the Avalon and Camry sedans, RAV4 SUV, and Prius and Prius Prime hatchbacks (it’s also available on the 2020 Corolla Hybrid sedan). For the Prius AWD-e, it’s in what Toyota calls the Hybrid System Indicator, a section of the display that also includes information on current battery charge status and a meter split into regenerative charging, electric-only driving and gas-powered driving. The score is determined by three statuses broken out below the number: Eco-Start, Eco-Cruise and Eco-Stop.

How Does It Work?

The Eco statuses are part of an algorithm that determines how efficient your driving is. The idea is to condition yourself into smooth, even acceleration and deceleration while avoiding sudden stabs of the gas or brakes at speed. Additionally, there’s a rating for how much you run the air conditioning. As you might guess, A/C requires power and power hurts efficiency; the less you run it, the better off you are (energy wise, at least).

You start with a score of 100 when you turn the car on. Your score fluctuates as you drive — but while you can improve a lousy initial rating, there’s no way to attain 100 once you’ve dropped below it until you fully restart the car. Even if you stop using the gas engine and proceed entirely on battery, 99 is the best you can hope for.

When the hybrid system stops, the current total score and advice on how to increase it are displayed. Keep in mind that if you’re wondering where your score is while you drive, the Eco Score doesn’t appear if the Hybrid System Indicator isn’t operating (either because the shifter isn’t in Drive or the regenerative-braking B position, or the Ready indicator light isn’t illuminated) or if cruise control (adaptive or no) is engaged.

I’d read Prius forums and seen screenshots from owners confirming that a perfect 100/100 is possible — but none with the new 2019 Prius AWD-e. My suspicion was that AWD might somehow hinder the efficiency score, especially given its slightly lower mpg rating than the FWD variant, but Toyota says that’s been accounted for.

“The algorithm is identical, but some of the factors into the calculation will differ between [FWD] and AWD (e.g., weight),” Toyota spokesperson Joshua Burns wrote in an email. “Thus, the score output is technically adjusted.”

In other words, getting a 100 in a Prius AWD-e is no easier than it is in a front-drive Prius — or a hybrid Avalon or RAV4, for that matter. Burns added that since the rollout of Toyota’s fourth-generation system, the algorithm for all of the brand’s hybrids is the same, factors like tire size and curb weight notwithstanding.

I wouldn’t have believed this if I hadn’t done it myself on the very last day I had the Prius AWD-e to myself. Here’s your proof: 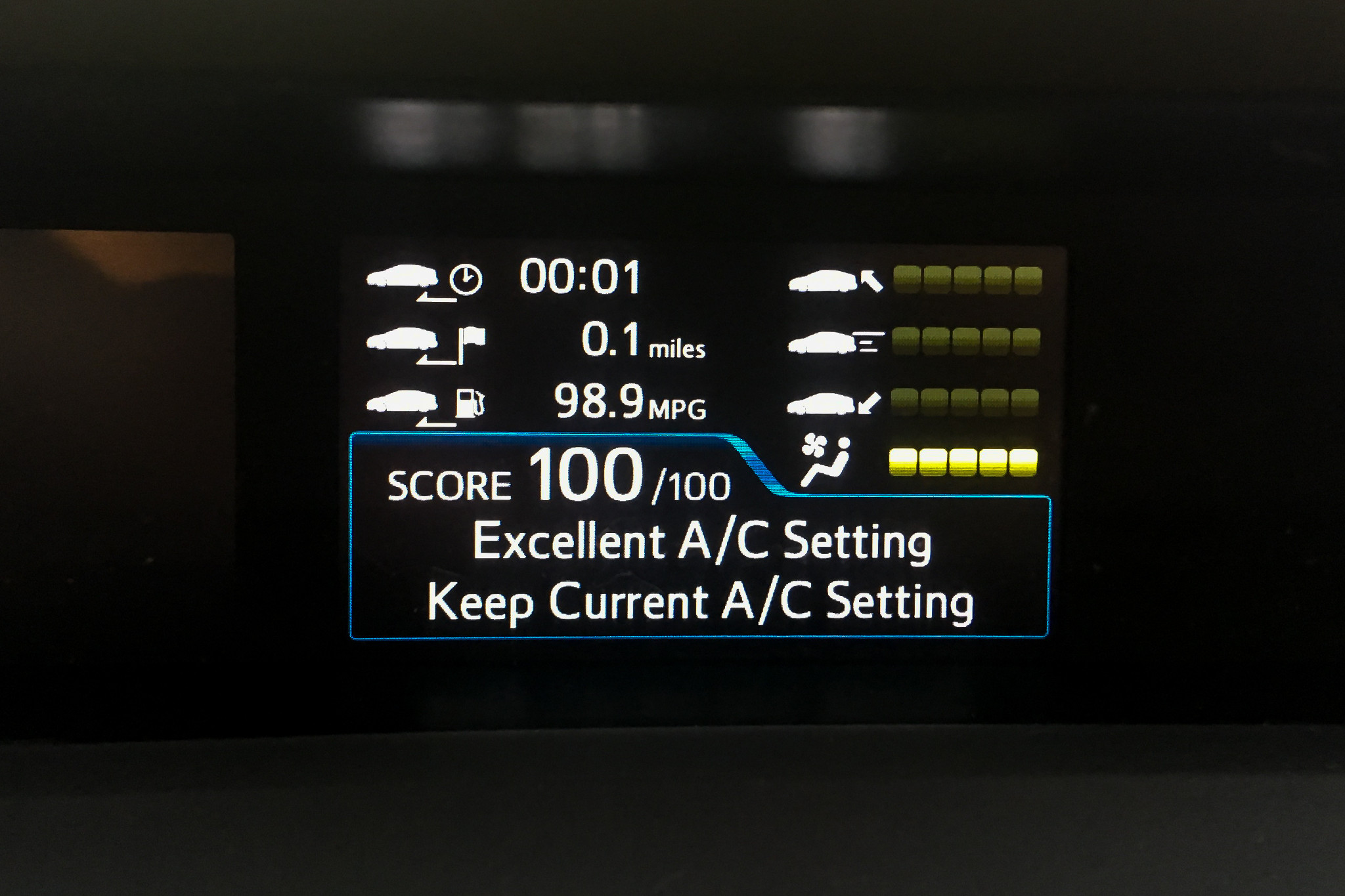 After a week of wandering around Chicagoland in every direction, pulling away from green lights and stop signs at a snail’s pace, and braking if even the hint of a slowdown was suggested, I finally got a perfect 100 … less than a block from home, in a minutelong drive entirely under electric power with no A/C, to move the car to a better parking spot. The message wasn’t on the dash, but I got it loud and clear all the same: Just because perfection is possible doesn’t mean it’s practical.