The conversion alone cost about $270,000 and the car is still road legal.

Some say it’s the last true analog car while others claim it is one of the best-sounding supercars out there. We might add it’s also gorgeous from every possible while being a coupe and convertible rolled into one thanks to the removable targa roof. Yes, we’re talking about the Porsche Carrera GT, but these images are not showing a standard version of the mid-engined V10 machine.

Out of the 1,270 cars produced, only this one received the GT-R treatment. It’s not a factory conversion as the transition to a track car was done by GPR Racing without impacting the supercar’s road-legal status. The original owner from Belgium acquired the car back in 2005 and spent an extra €220,000 (about $270,000 in today’s money) for the track-ready upgrades. 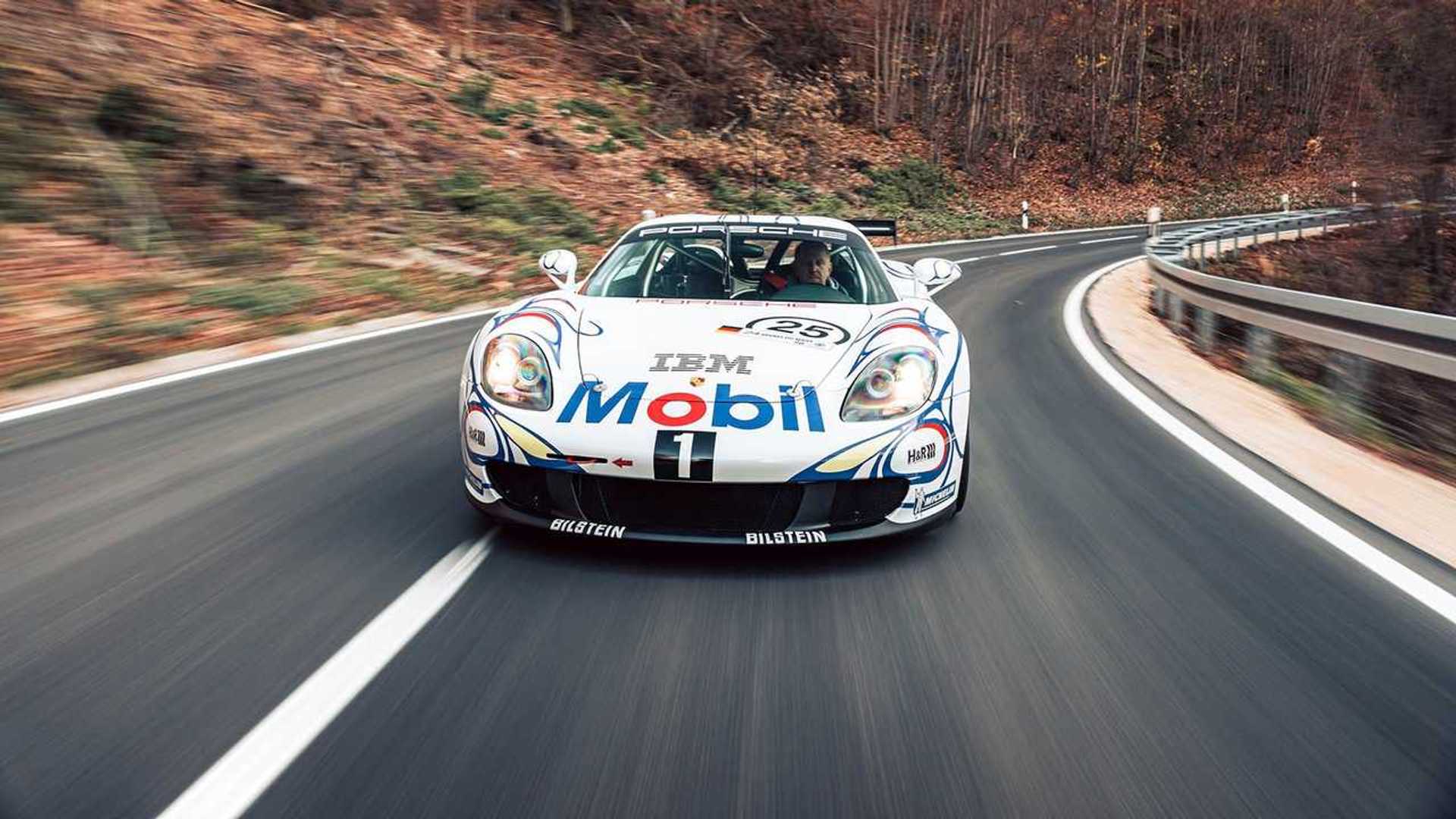 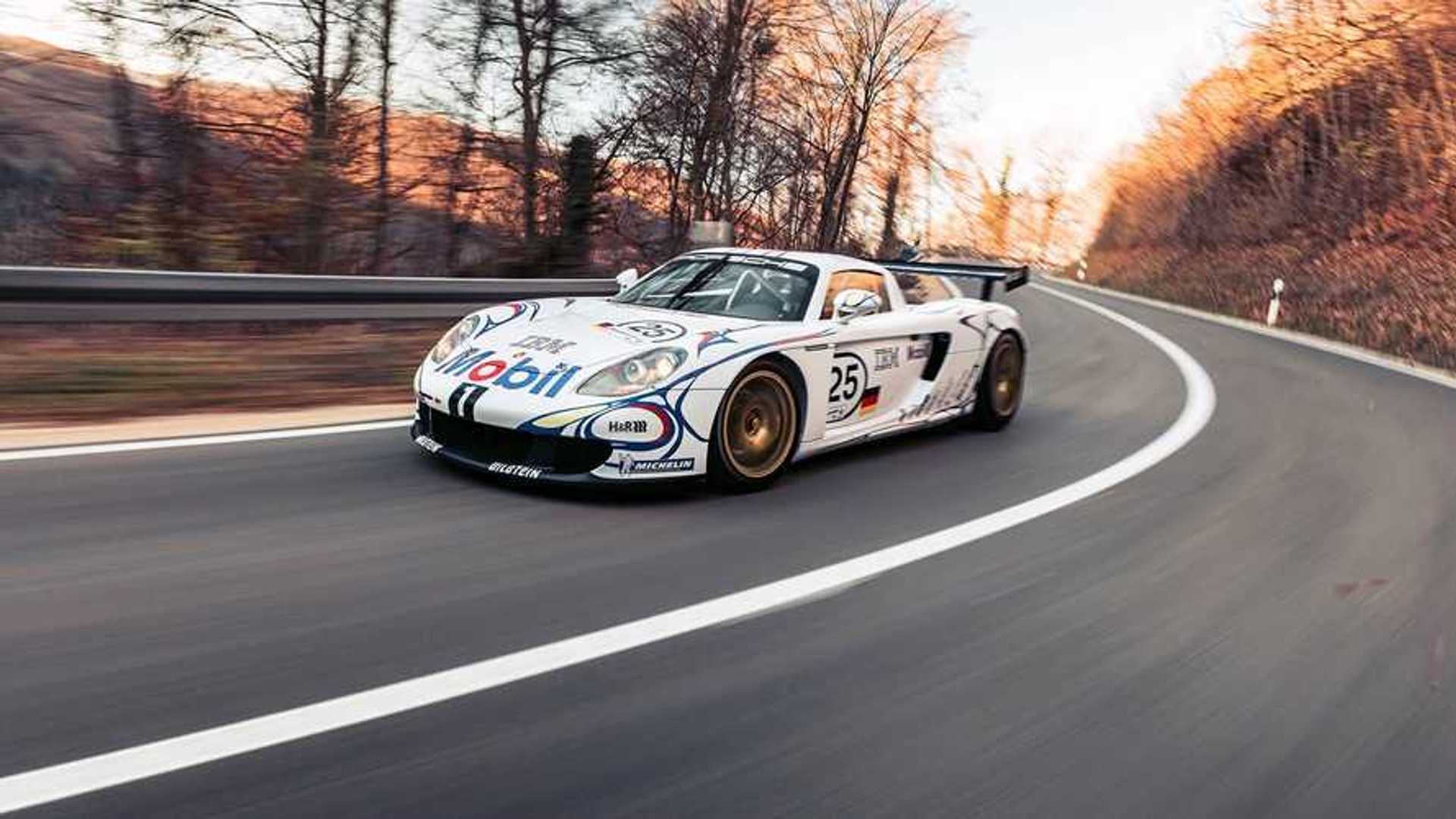 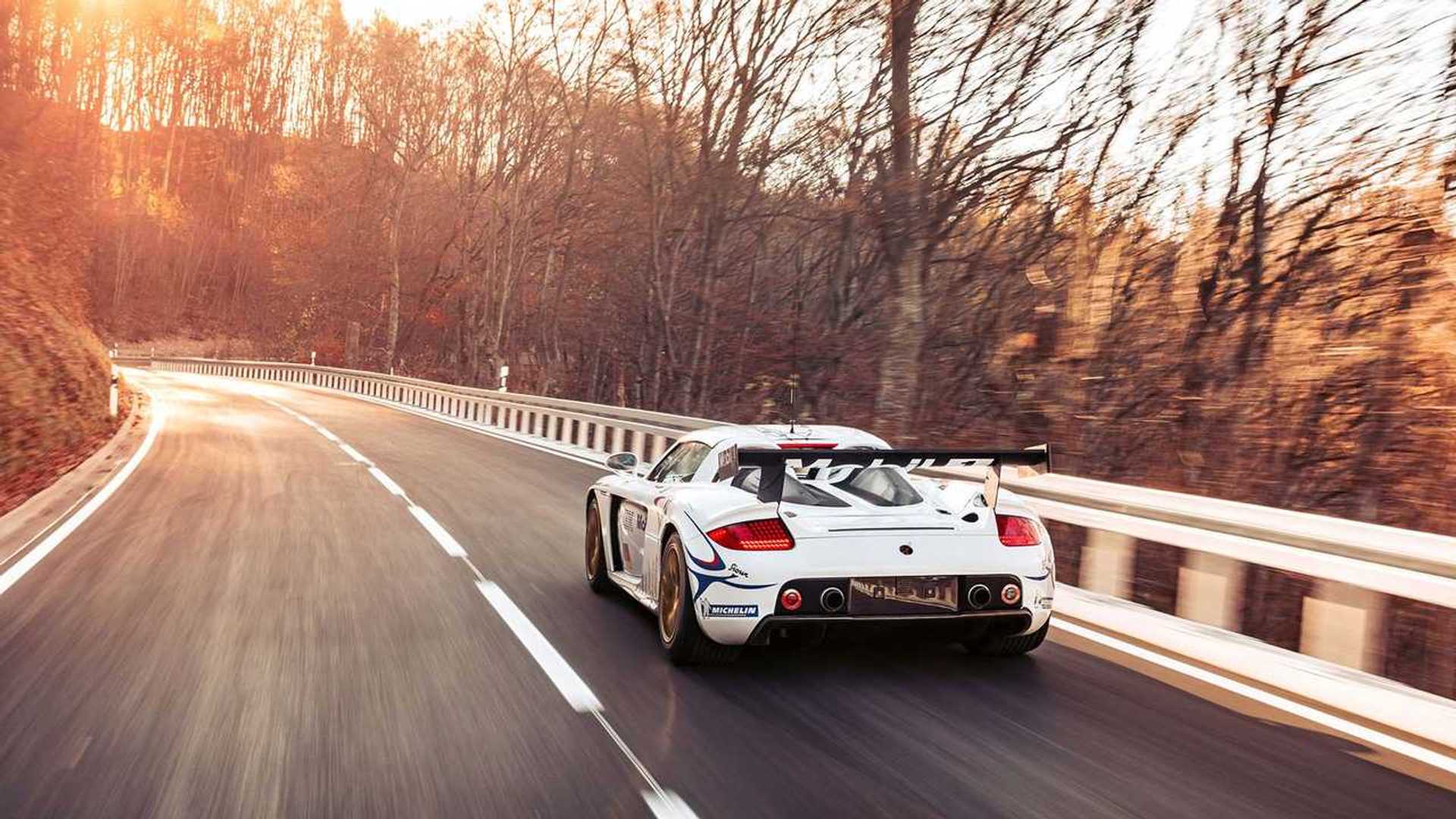 The list of modifications is quite extensive and includes everything from AP Racing brakes to a new Motec control unit, while a high-performance clutch was also added. The Carrera GT-R rides on magnesium BBS wheels and boasts an air jack system, along with a stripped-out interior with a roll cage, custom pedals, and an automatic fire extinguishing system.

The car’s owner actually wanted to take the Carrera GT-R racing in the World Endurance Championship, but it never happened due to FIA’s rules. In other words, the one-off CGTR suffered from the same fate as Porsche’s own LMP2000, a race car known internally as the “9R3” completed in 1998 and developed to race at Le Mans. Porsche never got to take the car to Circuit de la Sarthe, but the project continued as a road-going Carrera GT with a naturally aspirated V10.

The GT-R listing on Mechatronik says the track-ready supercar boasts 650 horsepower, which represents a significant improvement over the regular Carrera GT with its 5.7-liter rated at 612 hp (450 kW). Recently serviced, the one-of-one machine has only had one owner and is looking for a new home after being driven for merely 2,000 kilometers (1,243 miles).

This Lifted, Chopped 1992 Mazda Miata Is Ready for the Wasteland

If you're torn between something small and fun to drive around country roads and something capable of handling the rough washboard fire trail to your lakeside cabin, fret no further.…

10 years after the LEAF's launch, Nissan no longer seems to be at the forefront of electrification.In the latest announcement about its carbon neutral goal for 2050, Nissan said that…
F1

McLaren has fired up its new Mercedes-powered MCL35M for the first time ahead of the 2021 Formula 1 season. The Woking-based outfit has had a busy winter getting its new…

Ferrari has announced plans for a seven-driver test at Fiorano next week using its 2018 Formula 1 car, including Carlos Sainz, Charles Leclerc and Mick Schumacher. Following the arrival of…
News & Features

It may be just five days until Cadillac reveals its highest-performing models of all time, the Blackwing CT4-V and CT5-V, but it would seem neither car could wait to see…

Skoda had imported 1,000 units of the Karoq as completely built-up units (CBU). Skoda has removed the Karoq SUV from its Indian website. The Karoq was launched in India in…
We and our partners use cookies on this site to improve our service, perform analytics, personalize advertising, measure advertising performance, and remember website preferences.Ok