Nearly a year ago, Audi unveiled its A6 E-Tron Concept with smart liftback styling and a range of over 400 miles. Concept is the key word in that sentence, though a production variant should become official this year. It could come sooner rather than later, and it just might bring an electrified A6 Avant along for the ride.

We know an A6 Avant E-Tron is coming. Audi just teased it on social media with a distinctive long roof shape concealed in shadow, not to mention specifically calling it the A6 Avant E-Tron Concept. With the teaser comes a promise that it’s “about to be revealed.”

Are we talking weeks, or possibly even days? The A6 E-Tron Concept broke cover last year on April 19, so it’s possible the wagon could follow suit with an April debut. That’s especially true considering the 2022 New York Auto Show will be happening at that point. The event kicks off on April 15, so if a debut takes place prior to the show, that would certainly fall into the realm of about to be revealed, as that’s just a few weeks away.

What should we expect from the A6 Avant E-Tron Concept? To Audi’s credit, the rumor mill is all but silent, leaving us to borrow from the existing A6 E-Tron liftback for some speculation. In concept form, that vehicle promised a large 100-kWh battery pack. It’s enough for Audi to claim a range of over 435 miles per generous WLTP standards, while also delivering a combined 470 horsepower (350 kilowatts) using dual motors for Quattro all-wheel drive. 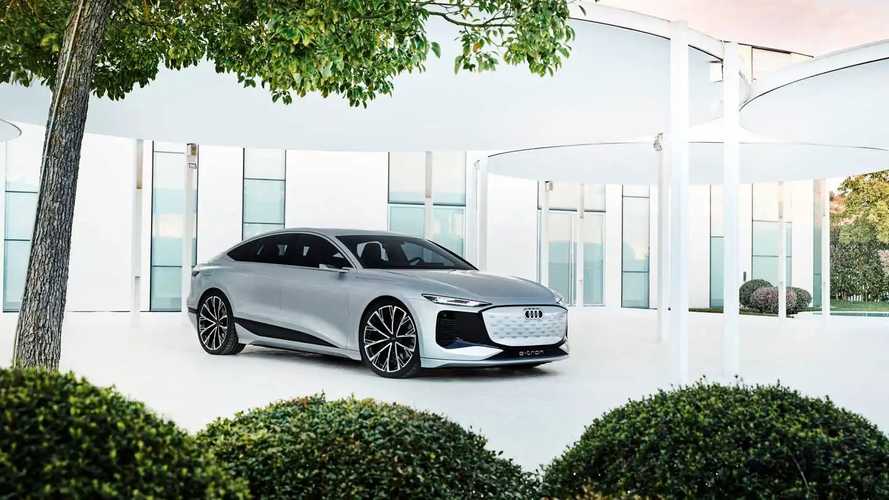 We suspect these stats are at least a good starting point for the electrified wagon concept. In its teaser, Audi directs people to a special website featuring the existing A6 E-Tron Concept, and that’s obviously no accident. The wagon’s profile certainly looks sleek; if it includes the impressive range with even modest electric horsepower from the liftback concept, an Avant E-Tron could endure into the future as a fun, family-friendly alternative to SUVs. We certainly can’t wait to see what it’s all about.