Now that Ford has unveiled the new Ranger, we are turning our attention towards its sister model – the next Amarok. Two weeks after the Blue Oval unveiled its new midsize pickup, Volkswagen Commercial Vehicles has published revealing design sketches of its utilitarian vehicle ahead of next year’s launch. Right from the start, the German company wishes to point out its truck boasts “clear Volkswagen DNA” rather than being a Ranger with a VW badge.

That appears to be the case since the Amarok looks substantially different from what we can see, although we’re fairly certain it shares some of the body panels with its Ford twin. To keep the costs down, the doors are likely shared between the two, and it seems the side mirror caps are also identical. However, the hood is different, and so are the front fenders, headlights, and front grille. 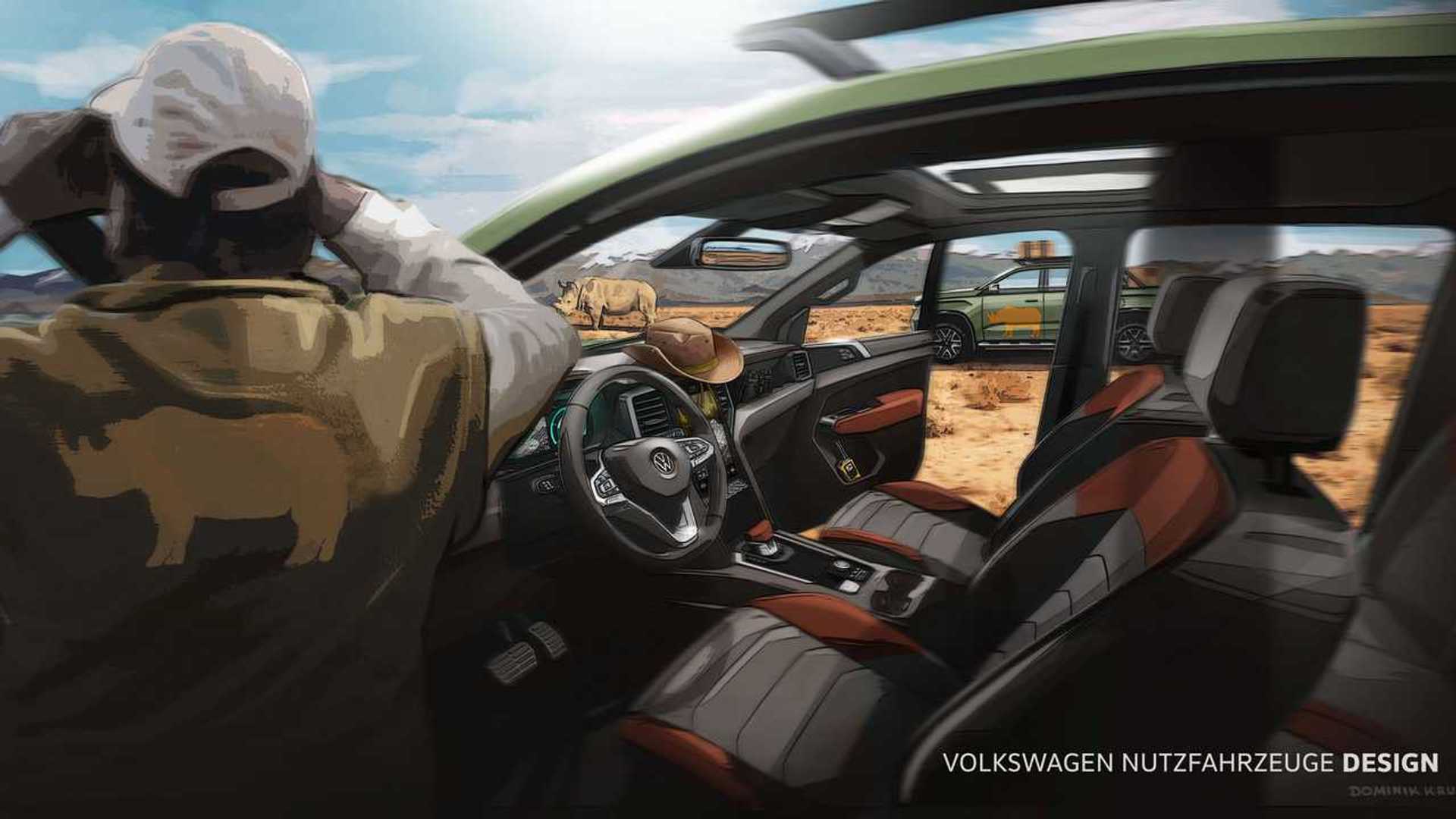 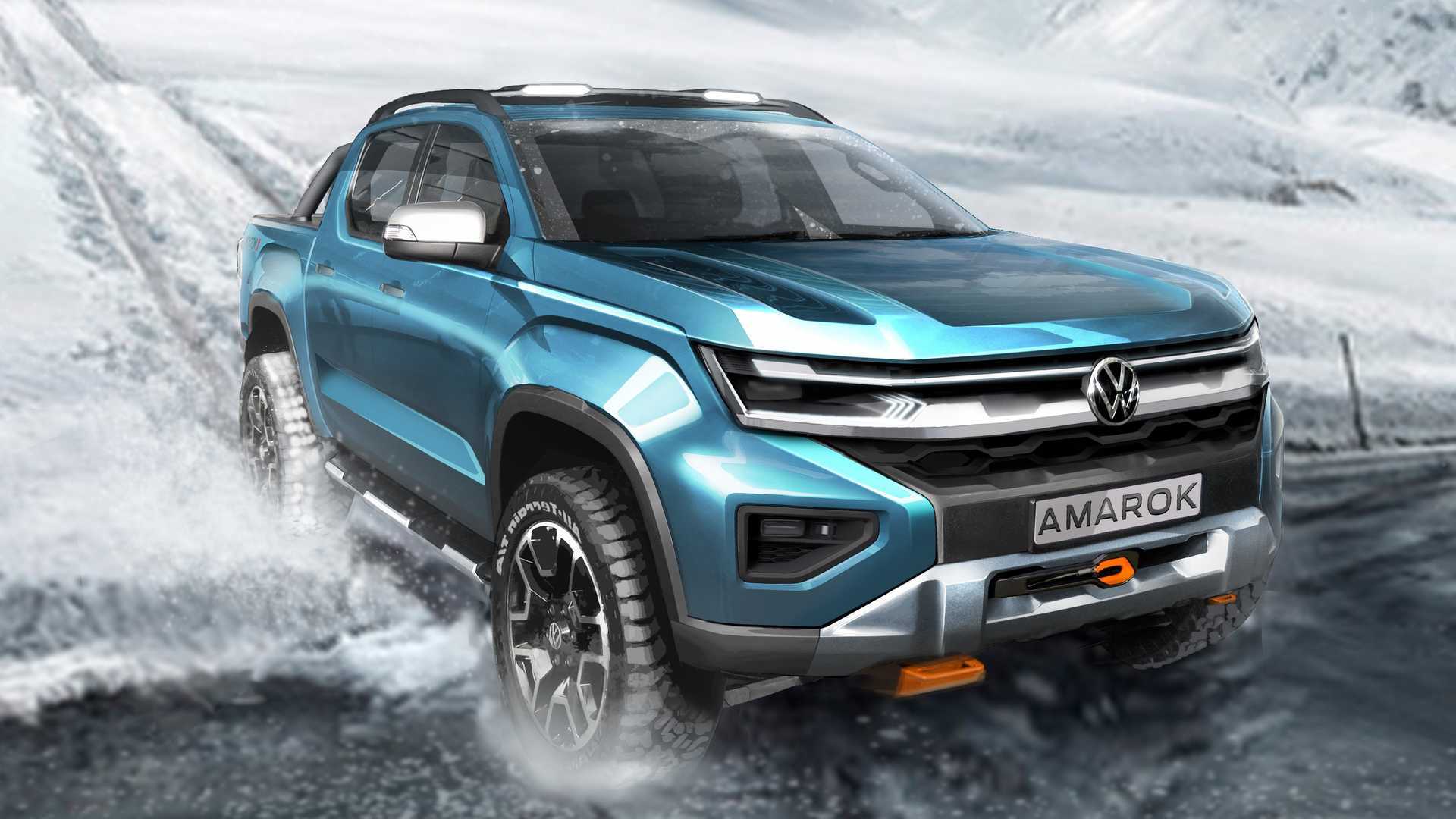 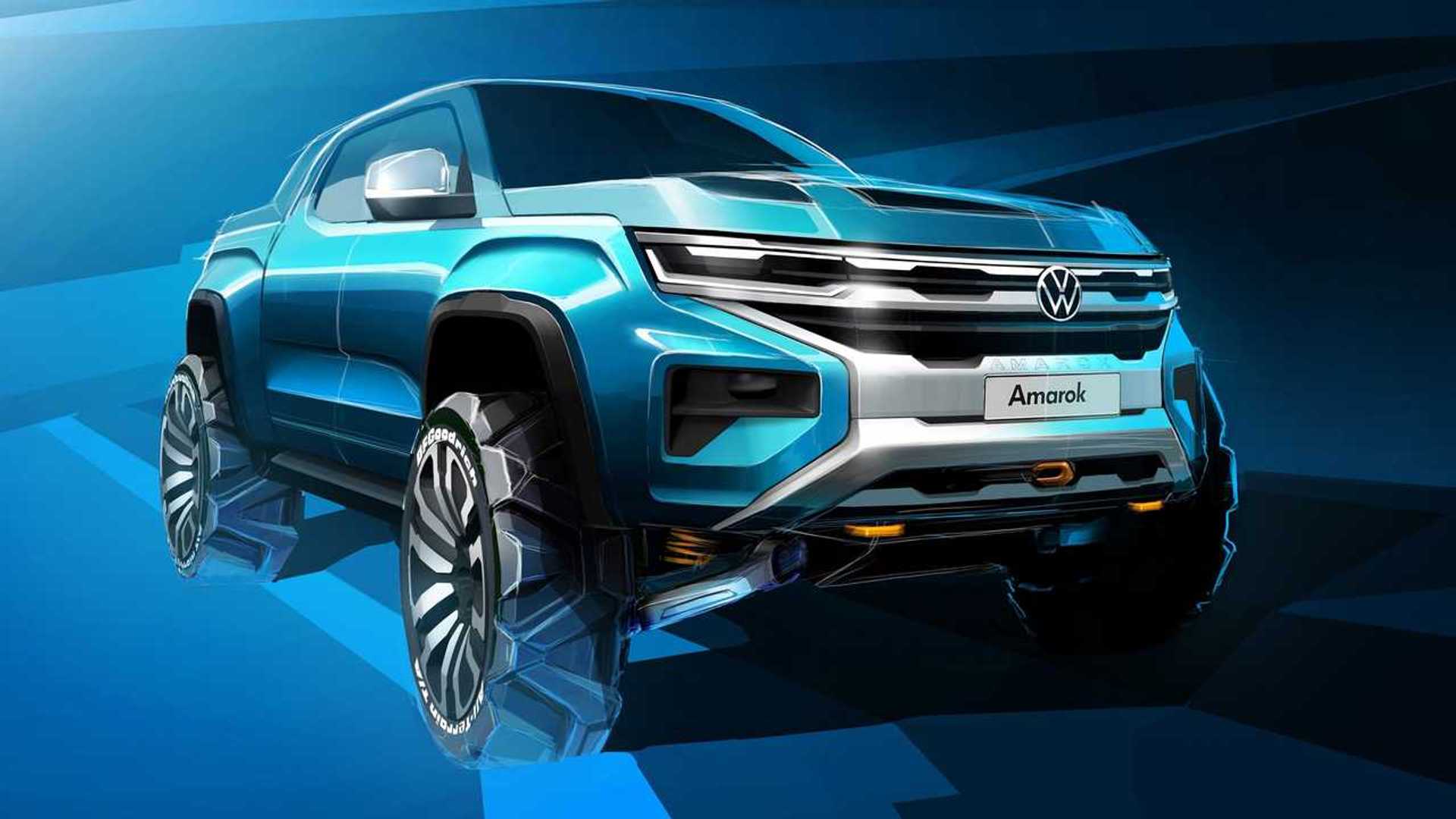 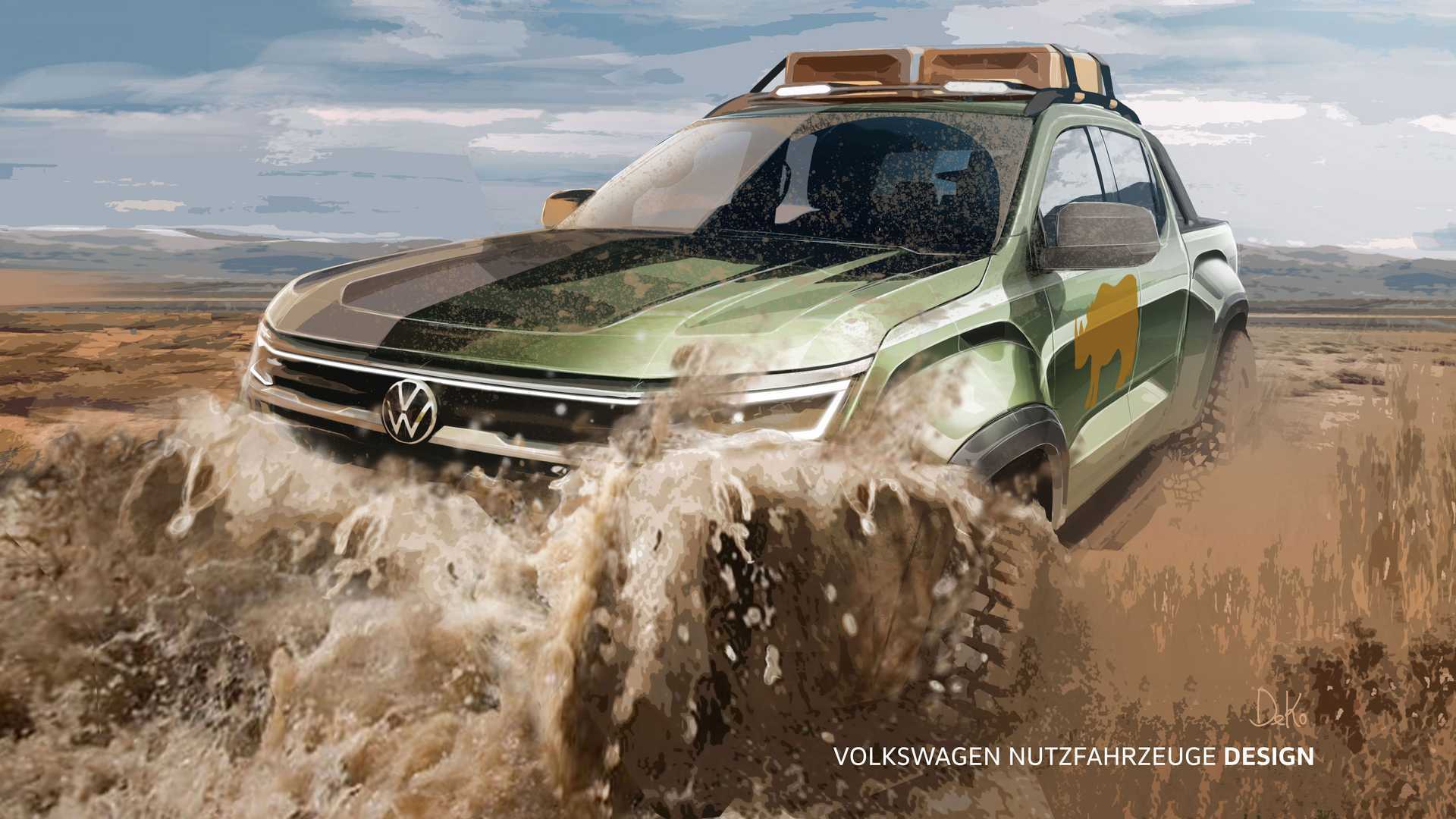 Much like the Ranger, it’s being previewed in a double cab flavor with plastic body cladding around the wheel arches to emphasize its go-anywhere capabilities. It appears to have an LED light bar at the front in the same vein as other recent products from the Wolfsburg-based brand. The roof is quite interesting as aside from the rails with straps to hold two canisters, the Amarok has extra lights we haven’t seen on its Ford sibling yet.

We are getting the impression the VW version has more bulging wheel arches than the Ranger, even than those of the tougher-looking Wildtrak variant, unless the sketch exaggerates some of the details. An image of the rear is not available for now, although we’re expecting the exact same taillight shape but with different graphics. Needless to say, “Ranger” won’t be debossed on the tailgate. There’s only so much you can do with a truck’s rear end, so don’t expect significant changes.

For the first time, VW’s commercial division is providing a peek inside the cabin where the center console is dominated by a touchscreen arranged in portrait mode. Where have we seen that before? Of course, on the Ranger. You still have some physical controls below the infotainment and these seem to be different than the Ford’s.

The area between the front seats has been subjected to a few changes since the positioning of the gear lever for the automatic transmission is different, and the lever itself has been changed. The cup holders are no longer next to the lever as they are on the Ranger, with VW moving them further back. In addition, the location of the electronic parking brake and the drive mode selector has been reversed compared to the Ford.

These little changes add up, making the trucks look substantially different to the untrained eye despite their similar underpinnings. Expect the same mix of gasoline and diesel engines, including the new V6 diesel launched by Ford in its new Ranger. It’s too soon to say whether there will be a gasoline V6 model – potentially called Amarok R – to mirror the already teased Ranger Raptor.

11 years and more than 800,000 vehicles later, the Amarok will switch to the next generation in 2022 and is going to be produced in South Africa and Argentina. It will be sold in Europe from late next year, but won’t be built in Hannover anymore since the factory is being upgraded to accommodate the much-hyped ID. Buzz electric van.