We love Porsche for quite a few obvious reasons. Among the less obvious pertains to the company’s prototypes and test vehicles, which typically go undisguised in public. That is, they mostly go undisguised, save for some very clever camouflage coverings that hide in plain sight. Still, this approach usually means you can suss out some details on test cars like this new 911 GT3 RS, especially if you get a good look.

There’s certainly no missing the hood vents, fender vents, and the massive rear wing which somehow looks even larger in this latest batch of spy shots. As far as we can tell it’s the same wing we’ve seen before, but we’re used to seeing it zipping by the camera some distance away, often approaching a corner on the Nürburgring. This time the Porsche is up close on a public street, going nice and slow. It allows us the opportunity to zero in on other parts of the car with a scrutinizing eye. As we do, we find there’s actually black tape all over the place. 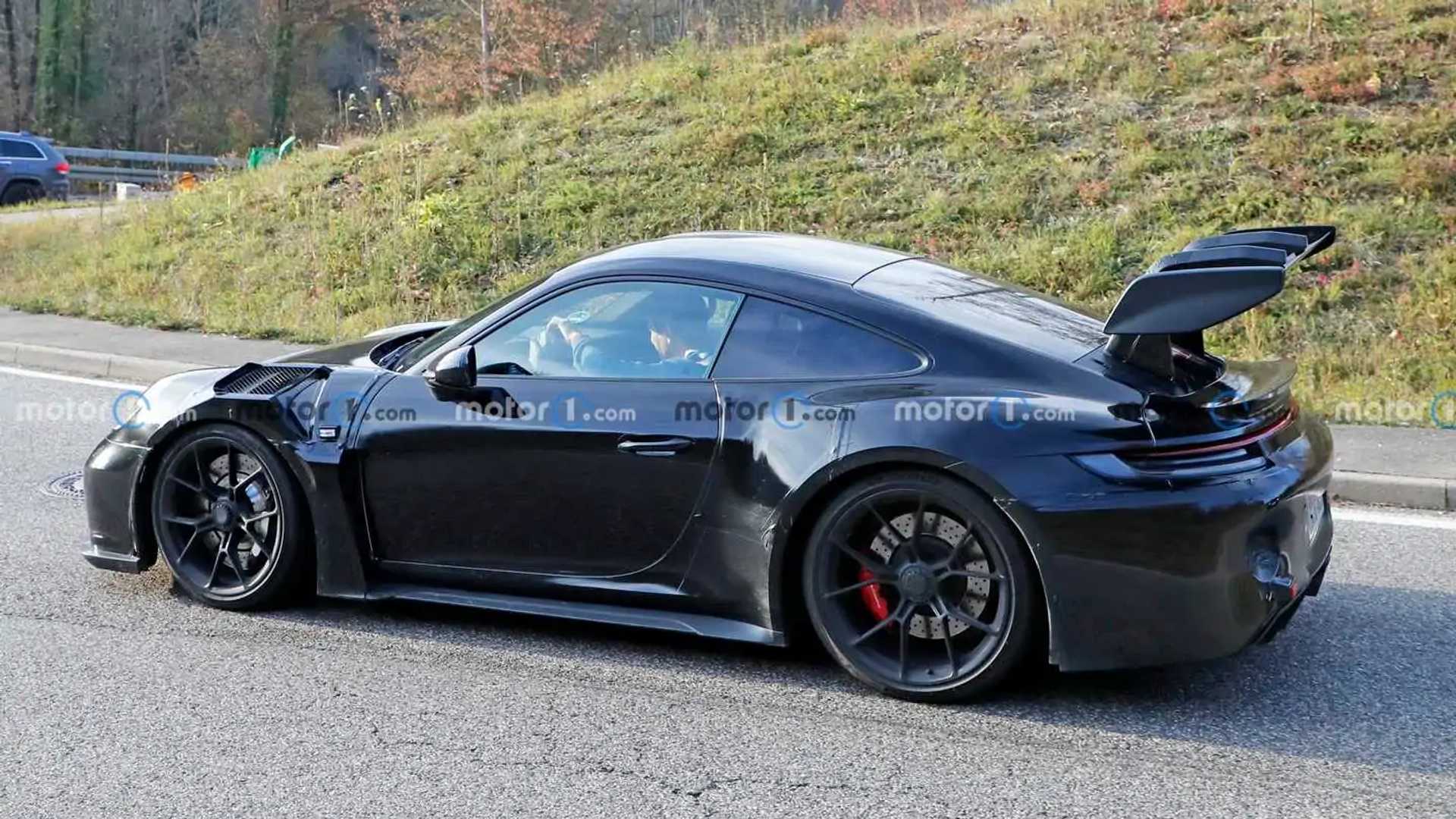 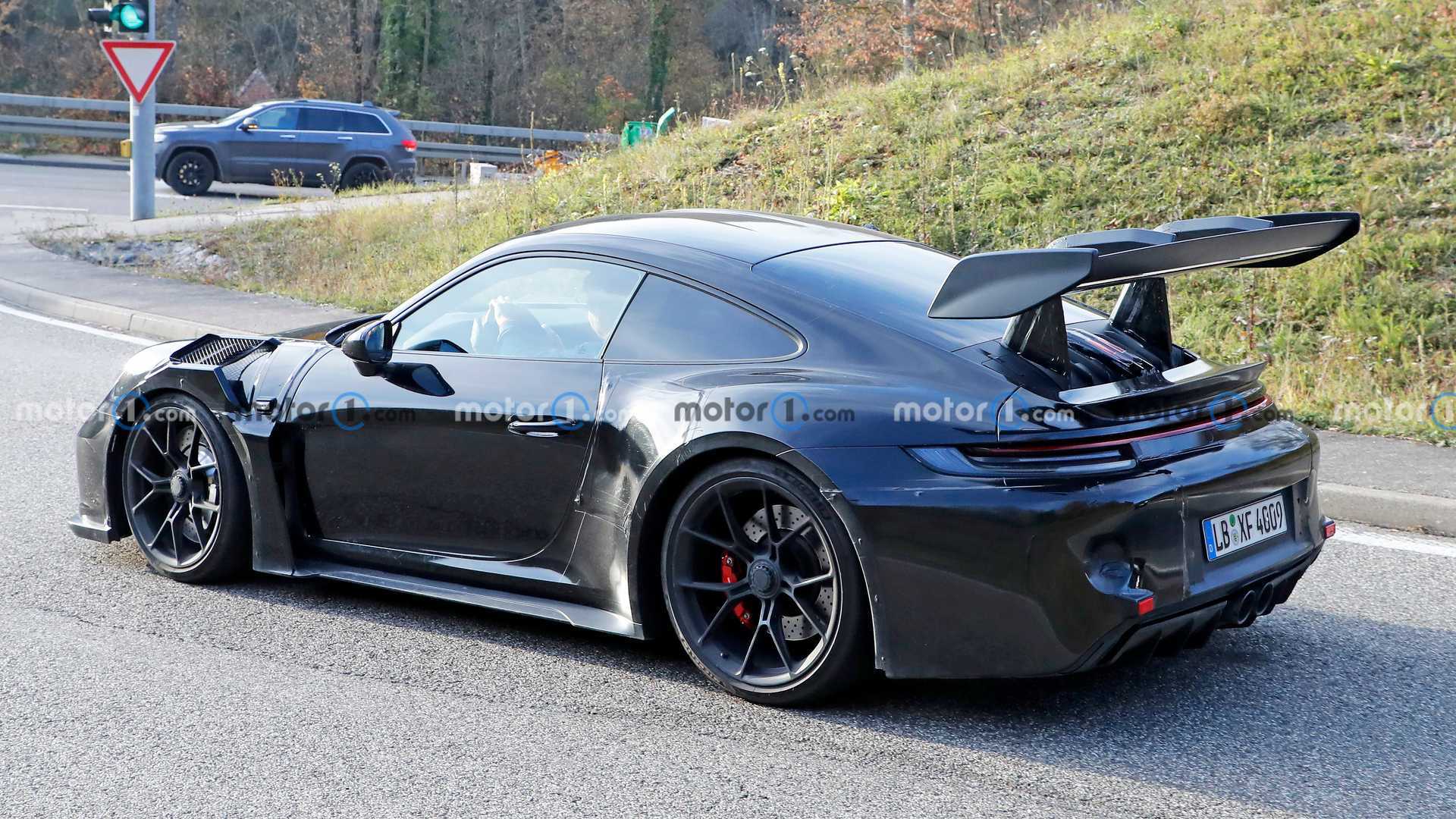 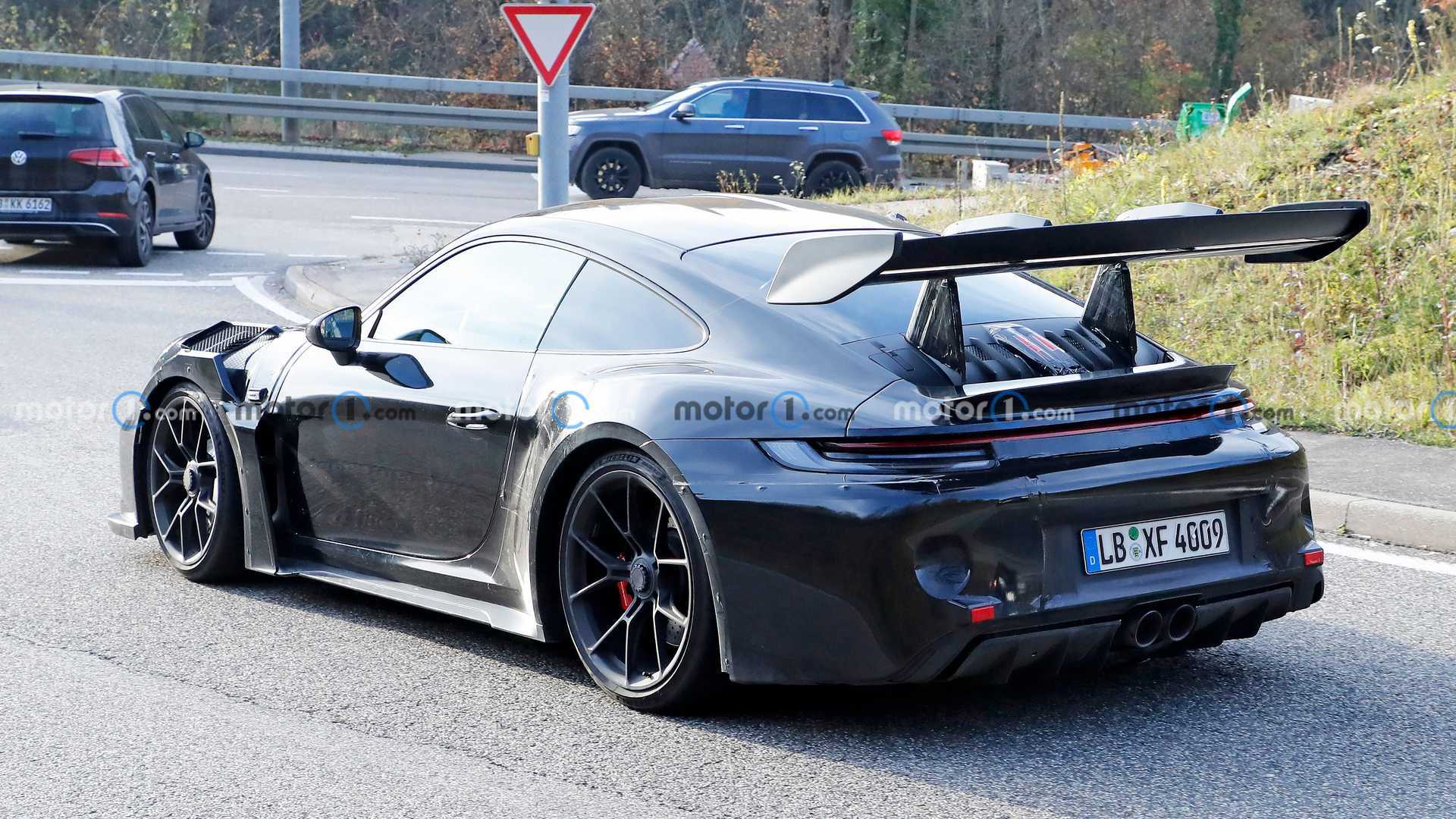 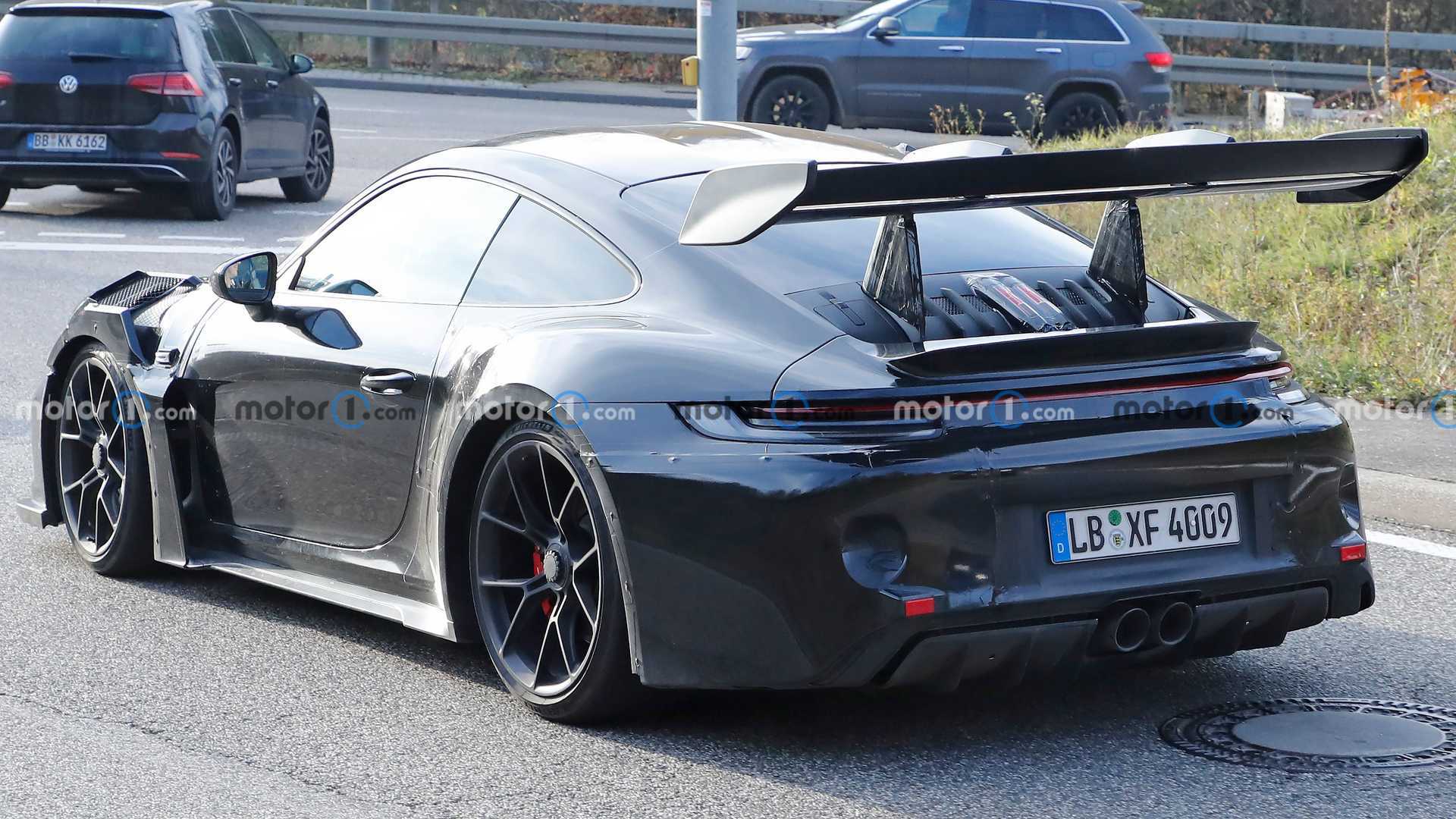 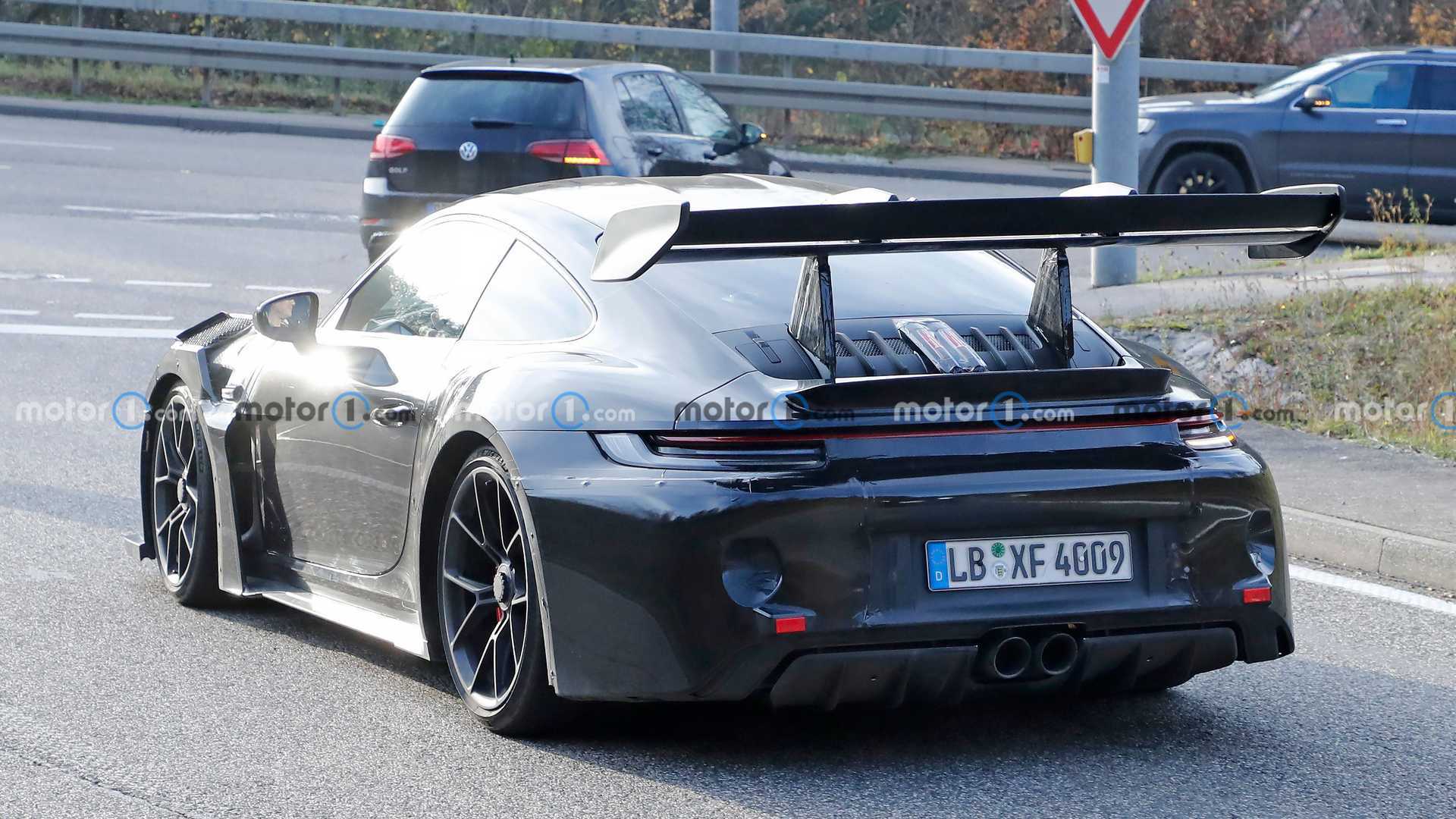 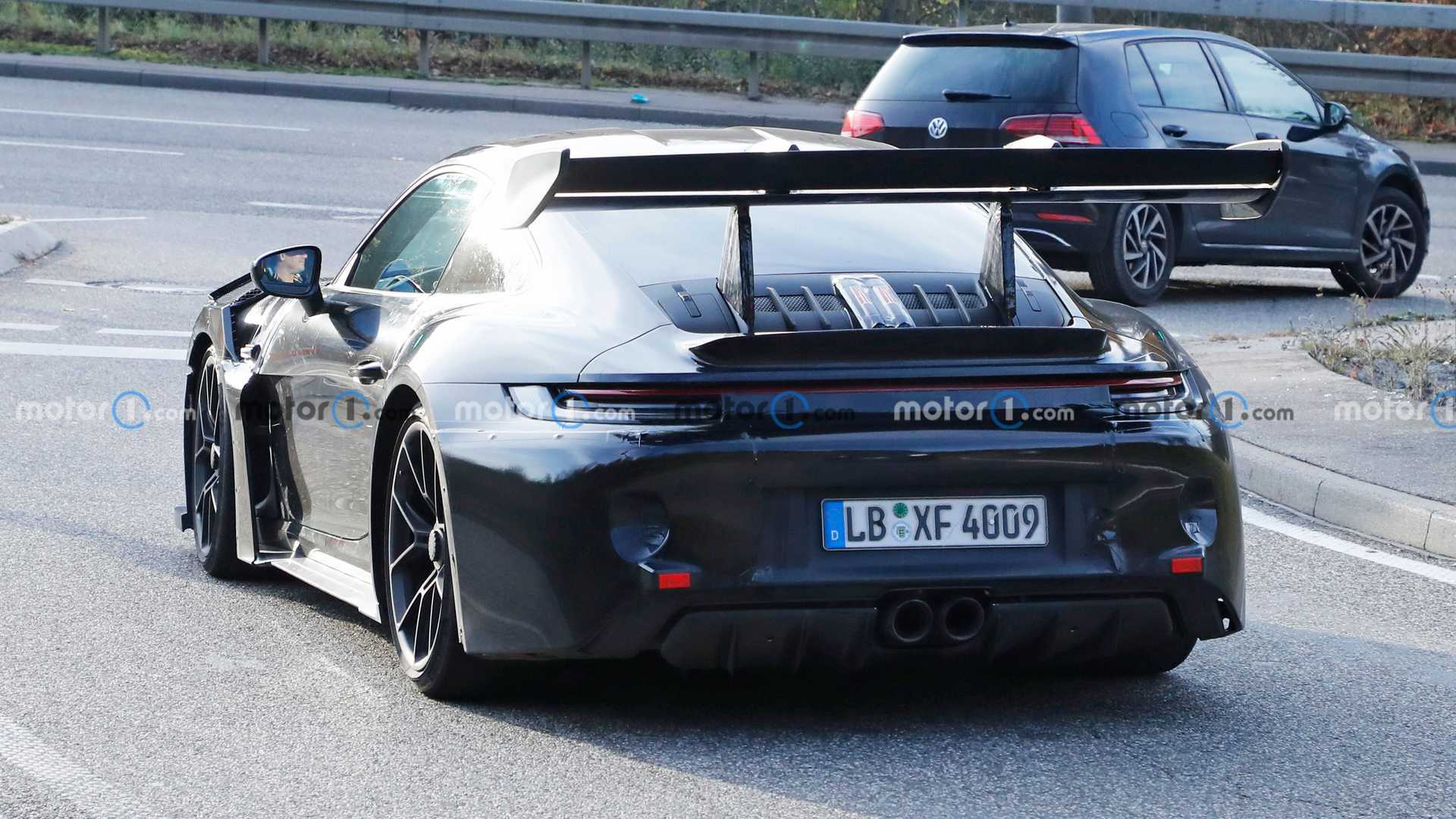 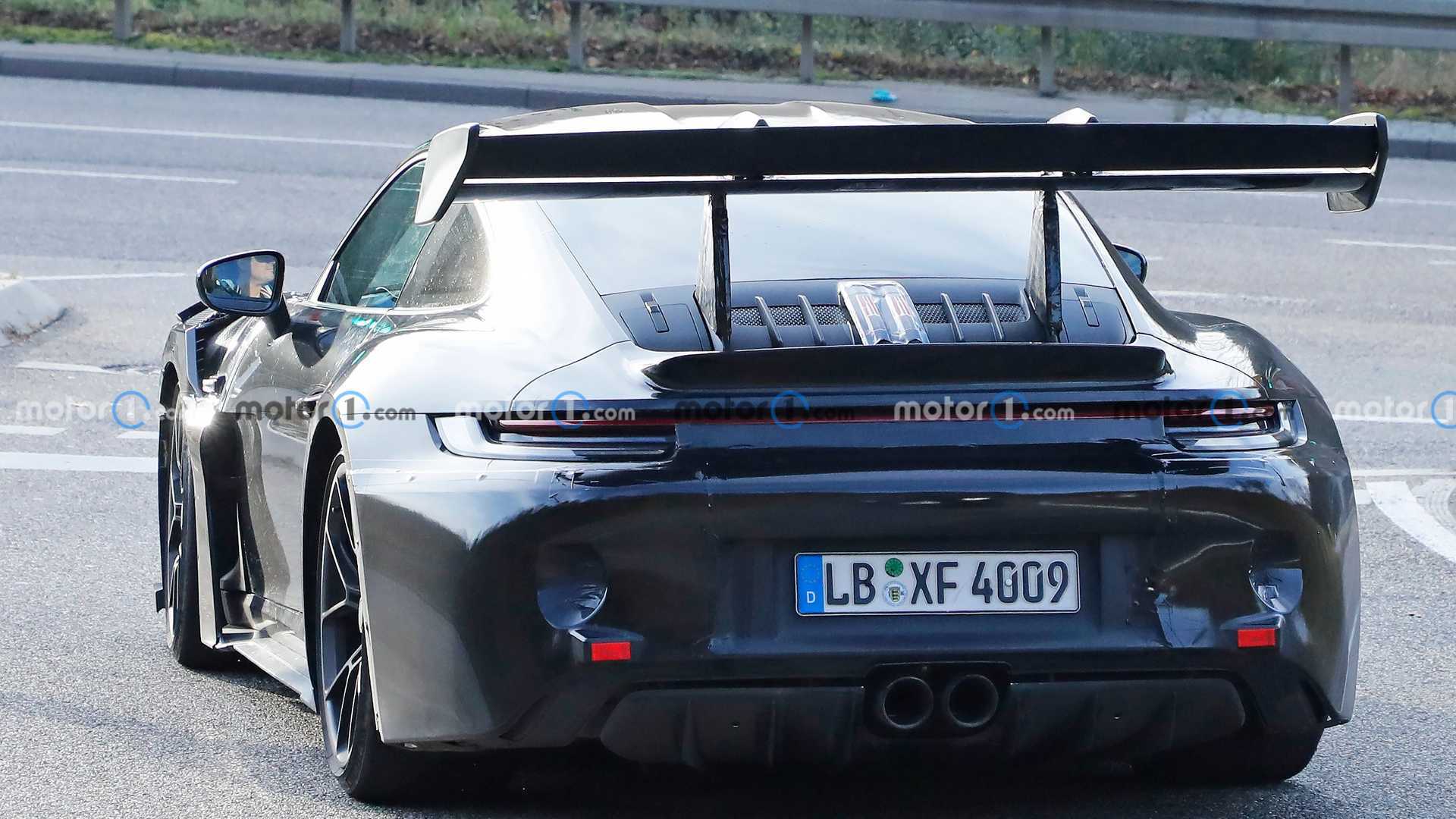 At a glance, you’d think this car is fully revealed, but there are plenty of details regarding the visual and functional RS body changes that are still covered. Among them are the side vents on the rear wheel arches, the outline of which can barely be seen by zooming in on a side photo. A thin black cover hides the vents, and there are more clever covers hiding other changes on the rear fascia. Overall, we know how the new GT3 RS will look. But as with most things Porsche, the devil is in the details.

One thing we can’t see is the engine. It’s still a naturally-aspirated 4.0-liter monster of a flat-six, and rumor says this one spins to 9,500 RPM. The previous-generation GT3 RS developed 520 hp and we don’t expect this one to make much more, but there should be a little something extra at the back. If it follows the latest GT3 in terms of aerodynamic and suspension enhancements, it should set a supremely fast lap around the Nordschleife.

We’re expecting the GT3 RS to debut later this year as a 2023 model.