Home » Car Reviews » 2022 Toyota GR Corolla gets teased for the US again – paultan.org 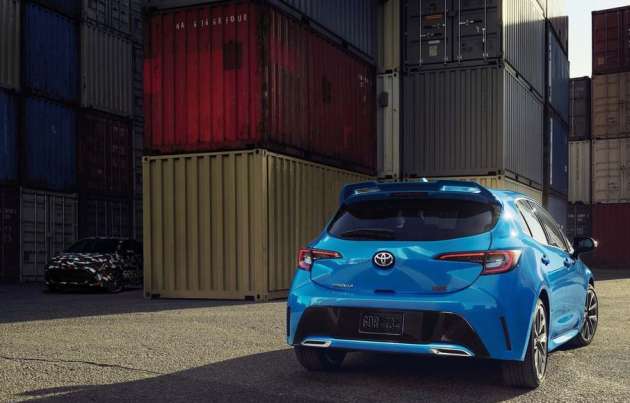 Toyota USA has released a new teaser for the upcoming GR Corolla on its official Instagram page, and just like the one before it, the devil is in the details. The company has already confirmed in the past that the GR Yaris will not be coming stateside, but there will be a proper GR hot hatch for America instead.

Unlike the teaser posted in October, the Easter eggs are a lot easier to spot this time around, with the most obvious being the camouflaged Corolla Hatchback hidden in the shadows near some shipping containers. The design of the camouflage is identical to the one used for the GR Yaris previously, and there’s even “GR Four” written on it.

Based on the previous teaser, the engine could serve up 268 hp (272 PS), which is the same figure provided by the Japan-spec GR Yaris. No hint of what transmission will be used, but expect a six-speed manual to be the only option. We’ll likely see a few more cryptic teasers before the GR Corolla makes its full debut, although there’s still no indication when a reveal will take place.