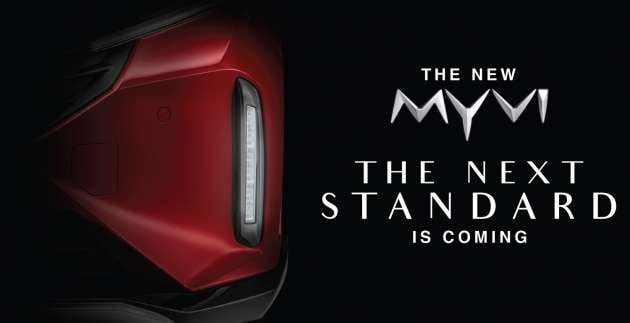 The 2022 Perodua Myvi facelift was spotted uncovered in a commercial shoot last month, and here it is now, open for booking in Malaysia. This comes four years after the third generation of Malaysia’s best seller surfaced in late 2017. Perodua has a knack of surprising everyone these days, and we get a dose of wow here as well.

Perodua Smart Drive Assist (PSDA) will make its debut on the Myvi. Not just Advanced Safety Assist (ASA) – which was expanded to more variants in a 2020 update – but the full Smart Drive Assist as seen on the Ativa. “Intelligent Safety – stay alert with all-round driver assistance that detects hazards,” reads the flyer. 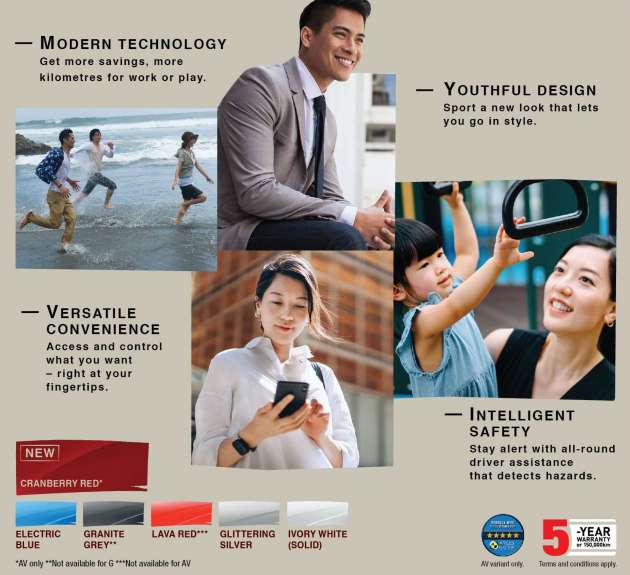 PSDA will be available in all 1.5L cars as well as one of the 1.3 G variants, Perodua says. In the Ativa, PSDA includes the latest ASA 3.0 plus Lane Departure Warning, Lane Departure Prevention, Adaptive Cruise Control, Lane Keep Control and Blind Spot Monitor.

The Smart Drive Assist umbrella also includes Parking Assist (front/rear sensors, reverse camera, rear cross traffic alert) and Headlamp Assist (Auto High Beam or Adaptive High Beam, depending on variant). Will the Myvi get some or all of these kit? We’ll see.

No explicit mention of the expected change from 4AT to CVT yet, although there’s a hint of better fuel consumption in the flyer. “Modern Technology – get more savings, more km for work or play,” it reads. “We have also increased the fuel efficiency of the new Myvi as it can now go up to 22.2 km/l (the 1.3L) from 21.1 km/l previously,” Perodua president and CEO Datuk Zainal Abidin Ahmad said in a press release.

“These changes represent our efforts to meet our customers’ growing expectations while at the same time offer greater value by introducing the ‘Next Standard’ for Malaysia’s most accepted model, the Perodua Myvi,” he added.

Elsewhere, there’s a new colour, as Cranberry Red joins Ivory White, Glittering Silver, Lava Red, Granite Grey and Electric Blue. The new Cranberry Red is exclusive to the AV, which cannot be had with Lava Red. Granite Grey is not available for the 1.3 G.

As for the design, we’ve previously detailed the changes based on the spyshots and Theo Chin’s “studiofication” of the pics. It’s a relatively heavy facelift featuring a larger and deeper grille, with a slim chrome strip that runs under the Perodua badge and into the headlights, which have been “cut” at the end that meets the grille.

The front bumper is new, featuring sharper contours around the downturned centre air intake, which gives the face a sharp X shape. The most visible change is the vertical LED daytime running lights at the edges of the bumper, replacing the round fog lamps. The AV’s gloss black lip now has a silver centre section, almost like a skid plate-like trim on SUVs. At the back, there’s a new bumper with vertical “vents” at the sides to match the new front look.

Lastly, the price. The 2022 Perodua Myvi facelift is priced from RM45,700 to RM58,800, on-the-road in Peninsular Malaysia without insurance. Prices include SST exemption, which has been extended to mid-2022. If you remove the discontinued 1.3 MT, the previous price range was from RM43,029 (1.3 G AT) to RM52,697 (AV), which means that there’s a slight price increase to go along with the new tech/features.