There’s still a lot of camouflage, but we can make out some of the details.

The G70 wagon won’t be the only practical compact luxury vehicle from Genesis as Hyundai’s premium badge is also cooking up a GV70 crossover. More than just a Tucson in a tuxedo, the BMW X3 competitor will be revealed soon considering the teaser campaign started about a month ago. We’re hearing rumors of a mid-November premiere, so in the meantime, here’s a juicy spy video to ease the wait.

Not one, but two prototypes have been spotted sitting on a trailer towed by a Chevy Silverado somewhere in the United States, resting on the side of the road. Eagle-eyed readers will notice the two SUVs are not identical as the GV70s had different exhausts. The one with the massive rounded tips à la Alfa Romeo Stelvio is believed to be the beefier 3.5T model. The prototype sitting in front of it is equipped with the more angular tips somewhat similar to the DS7 is a lower-spec 2.5T variant. 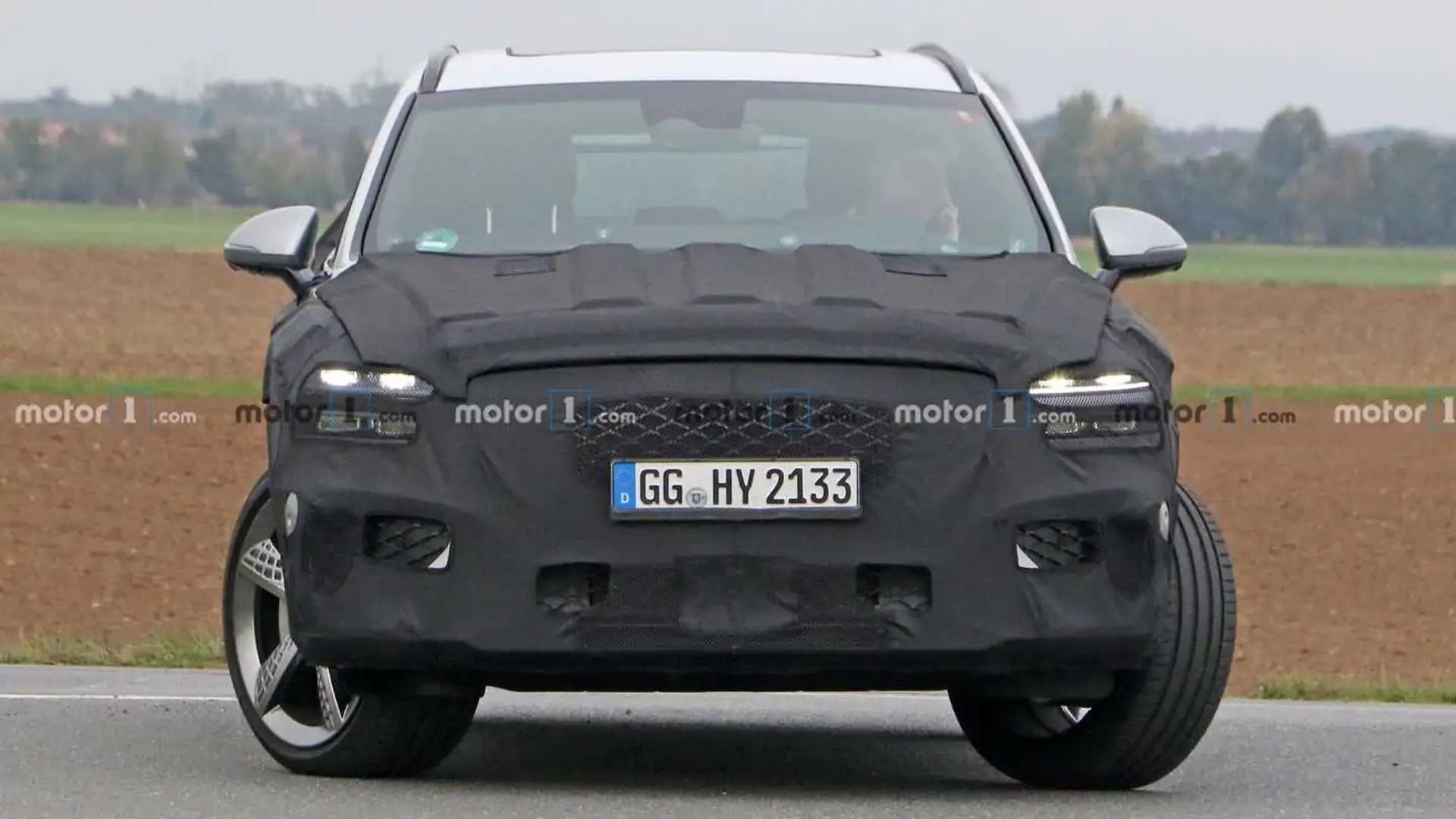 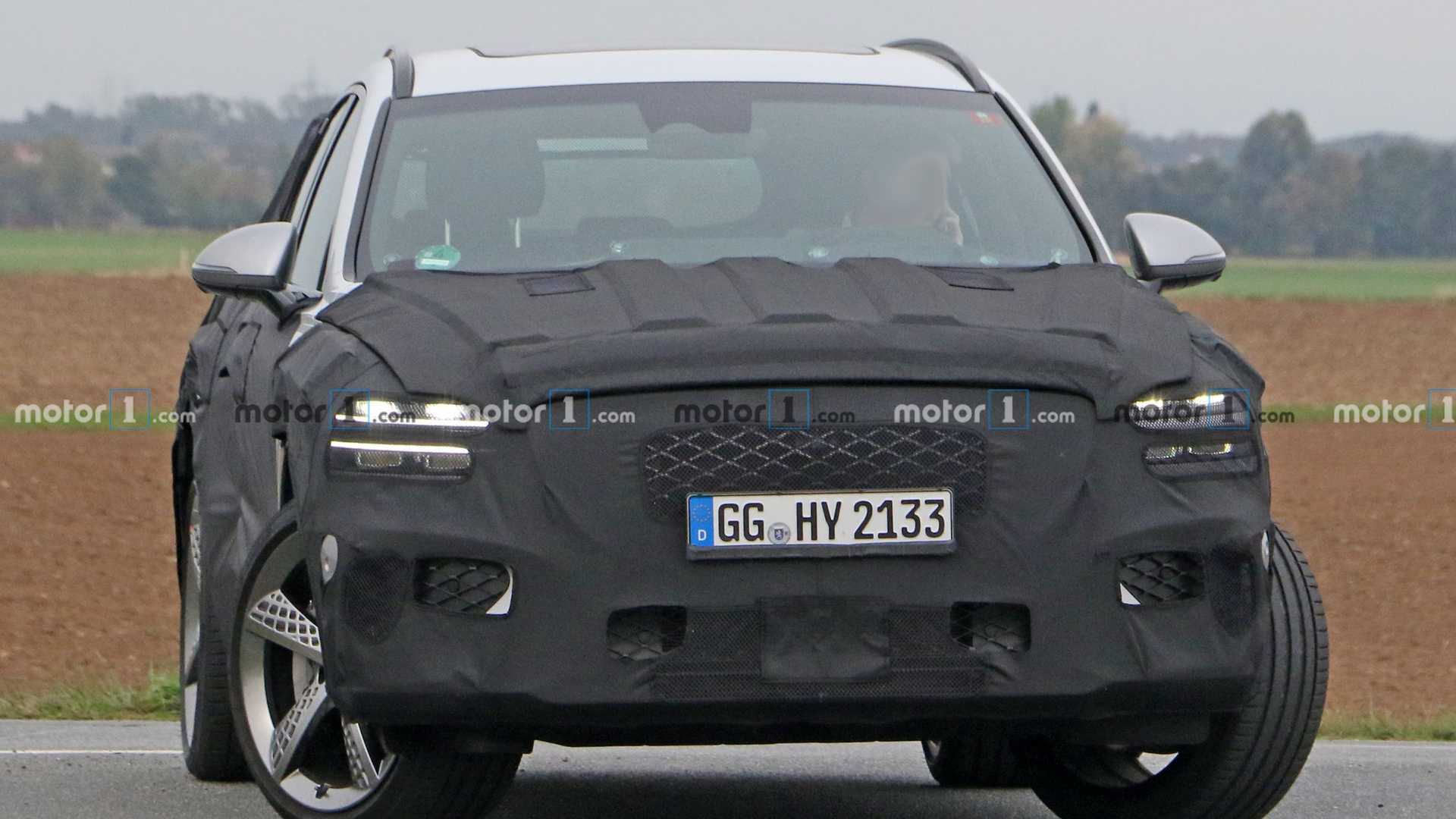 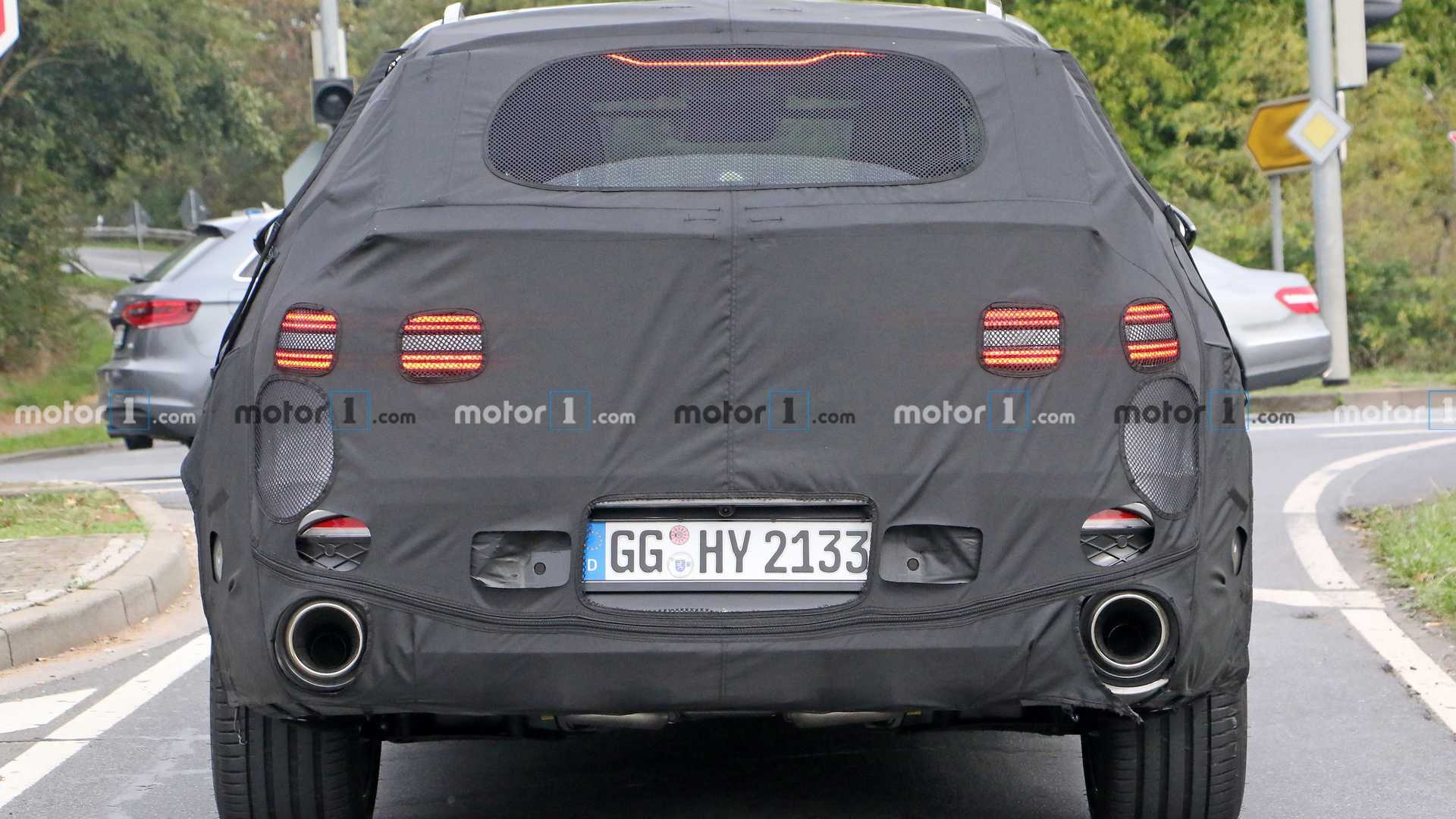 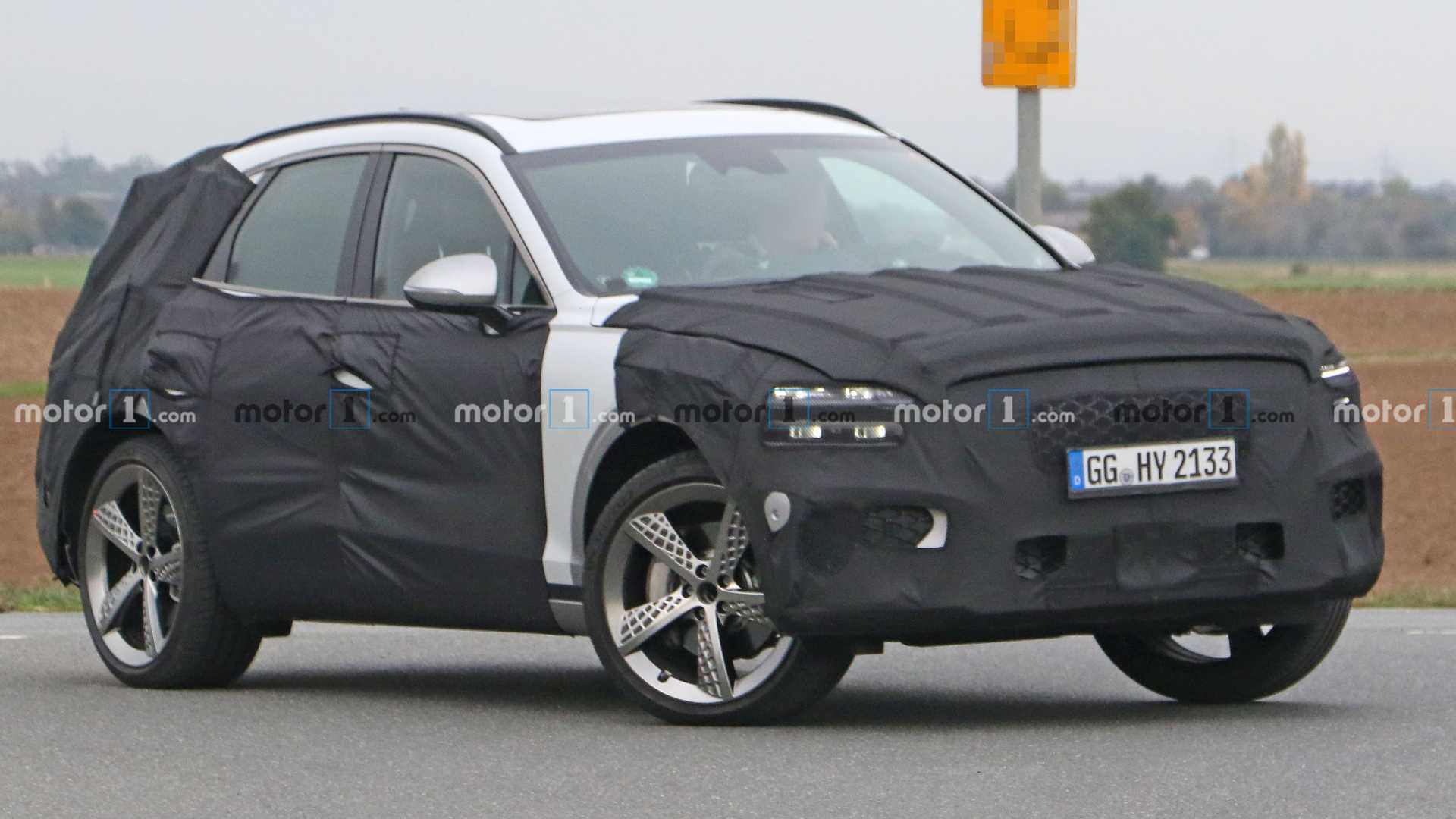 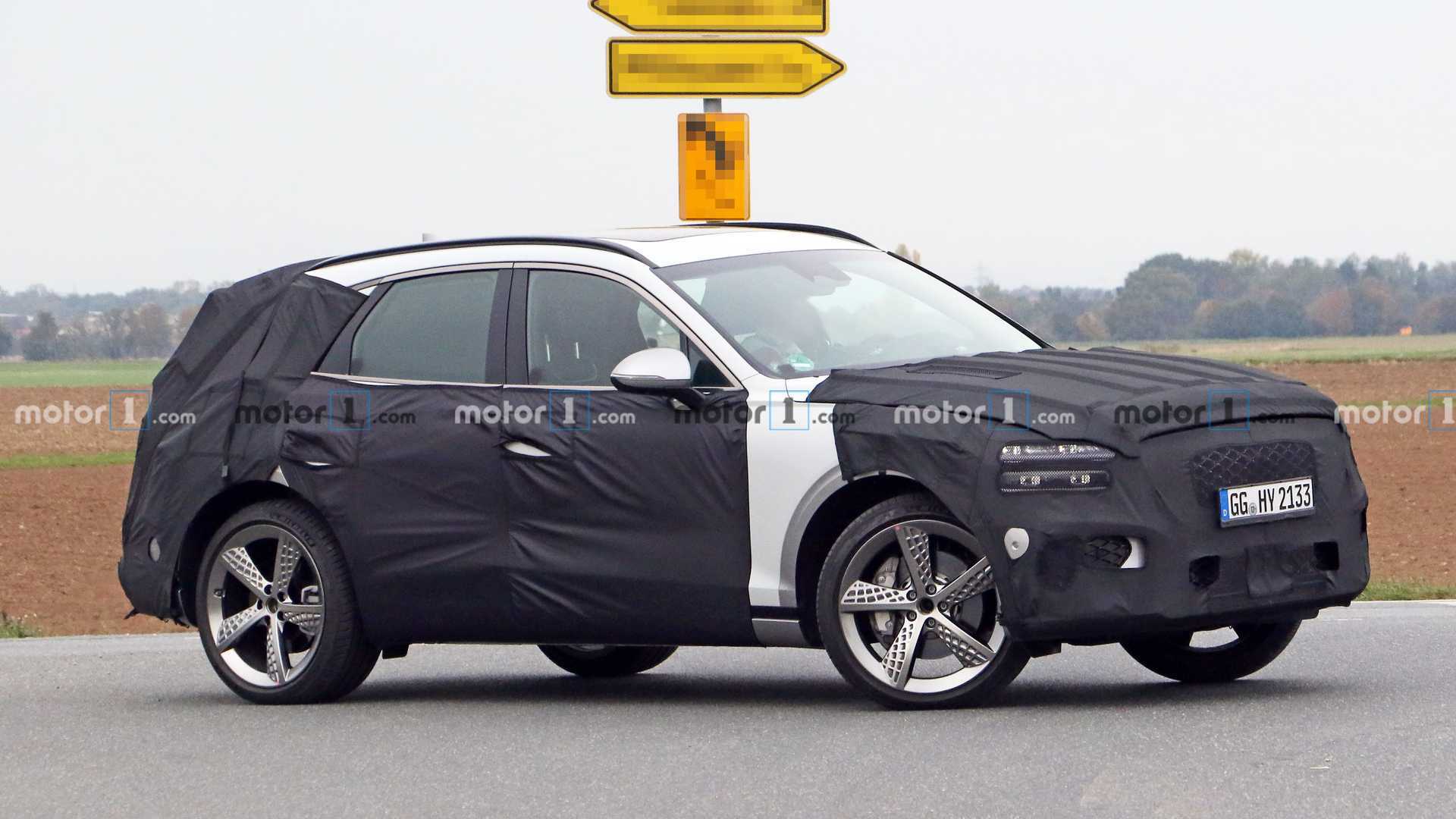 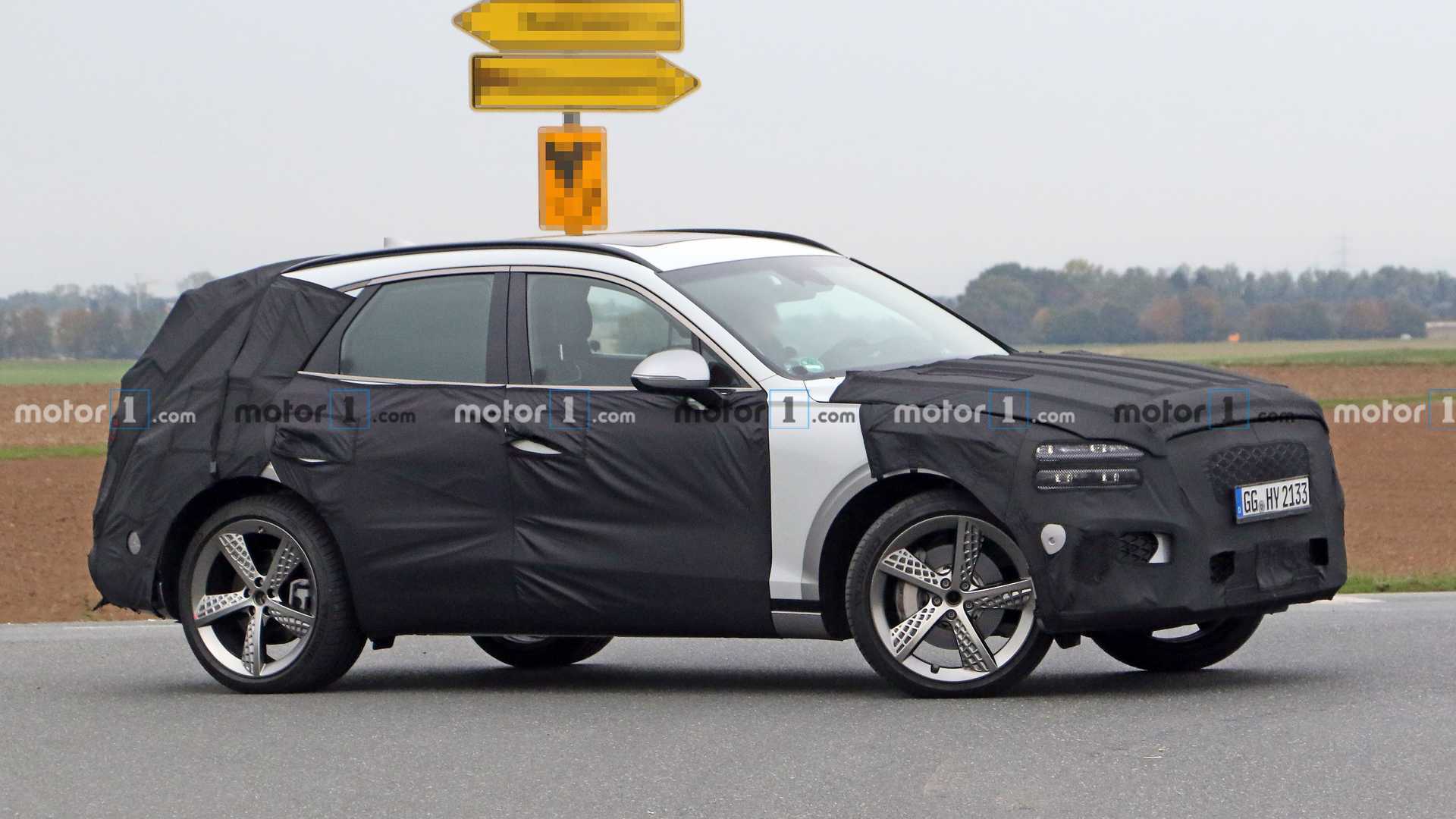 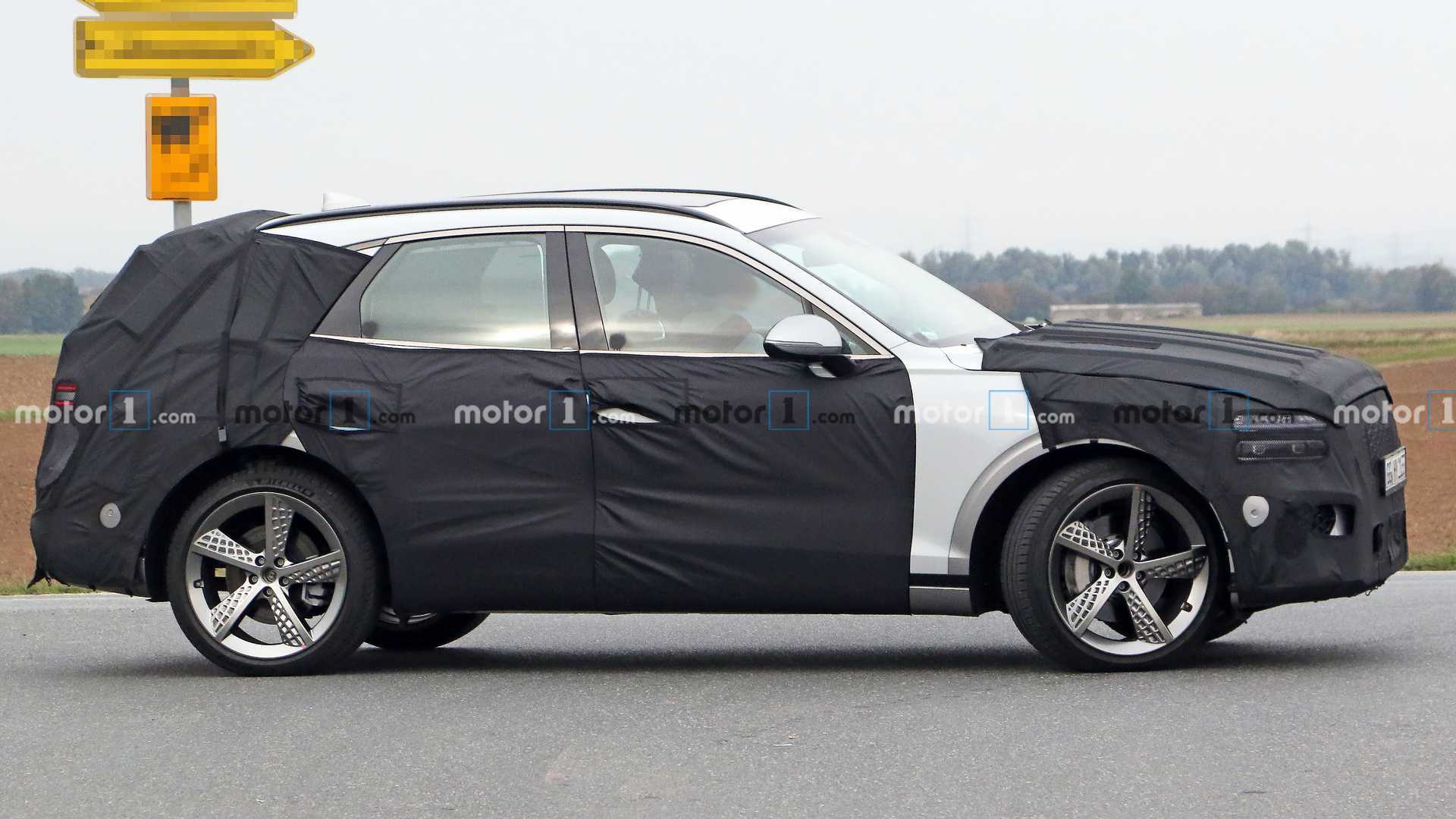 You can tell by the wheel size the blue prototype equipped with the round exhausts is the more expensive one as it has 19-inch alloys whereas the white one has a slightly smaller 18-inch set. The wheel design is more intricate on the 3.5T model and its interior grabs the attention with a strikingly red theme instead of the plain black/gray look of the 2.5T.

Both are heavily camouflaged inside and out to hide what looks to be the final look as the prototypes seemed to have all of the final bits and pieces. The disguise isn’t actually hiding Genesis’ new “two lines” signature lights at the front and rear seen on recent models from the posh South Korean brand. There will also be a diesel-fueled GV70 with a less aggressive look by hiding the exhaust tip underneath the bumper.

While we still don’t have a complete picture of the interior, we probably shouldn’t be looking any further than the recently facelifted G70 sedan. Here are a couple of images to refresh your memory about what Genesis has done to the interior cabin for the sedan’s comprehensive mid-cycle update.

Genesis’ answer to the Audi Q5 is shaping up to be the brand’s best-selling car ever by catering to an SUV-hungry market at a discount compared to the larger and fancier GV80. Some would argue Hyundai should’ve prioritized these two SUVs rather than the G70, G80, and G90 trio of sedans, but as the saying goes, better late than never.