Home » Car Reviews » 2021 Rolls-Royce Ghost Spied Inside And Out

By the looks of it, the dashboard design will echo the Phantom and Cullinan.

The smaller of the two Rolls-Royce sedans will be transitioning to the next generation sometime next year after its bigger brother redefined opulence in 2017 with the Phantom VIII’s release. With Bentley planning to push the all-new Flying Spur upmarket, the folks from Goodwood want to make sure their revamped Ghost will rise to the challenge.

Today, we are able to take a first look inside the second-gen Ghost set to feature a dashboard design largely inherited from the Phantom and the Cullinan SUV. The current Ghost has been around for almost 10 years, but it’s not that type of car to show its age since it boasts a timeless design inside and out. Nevertheless, Rolls-Royce is about to cram in a lot more technology while keeping the retro theme alive. 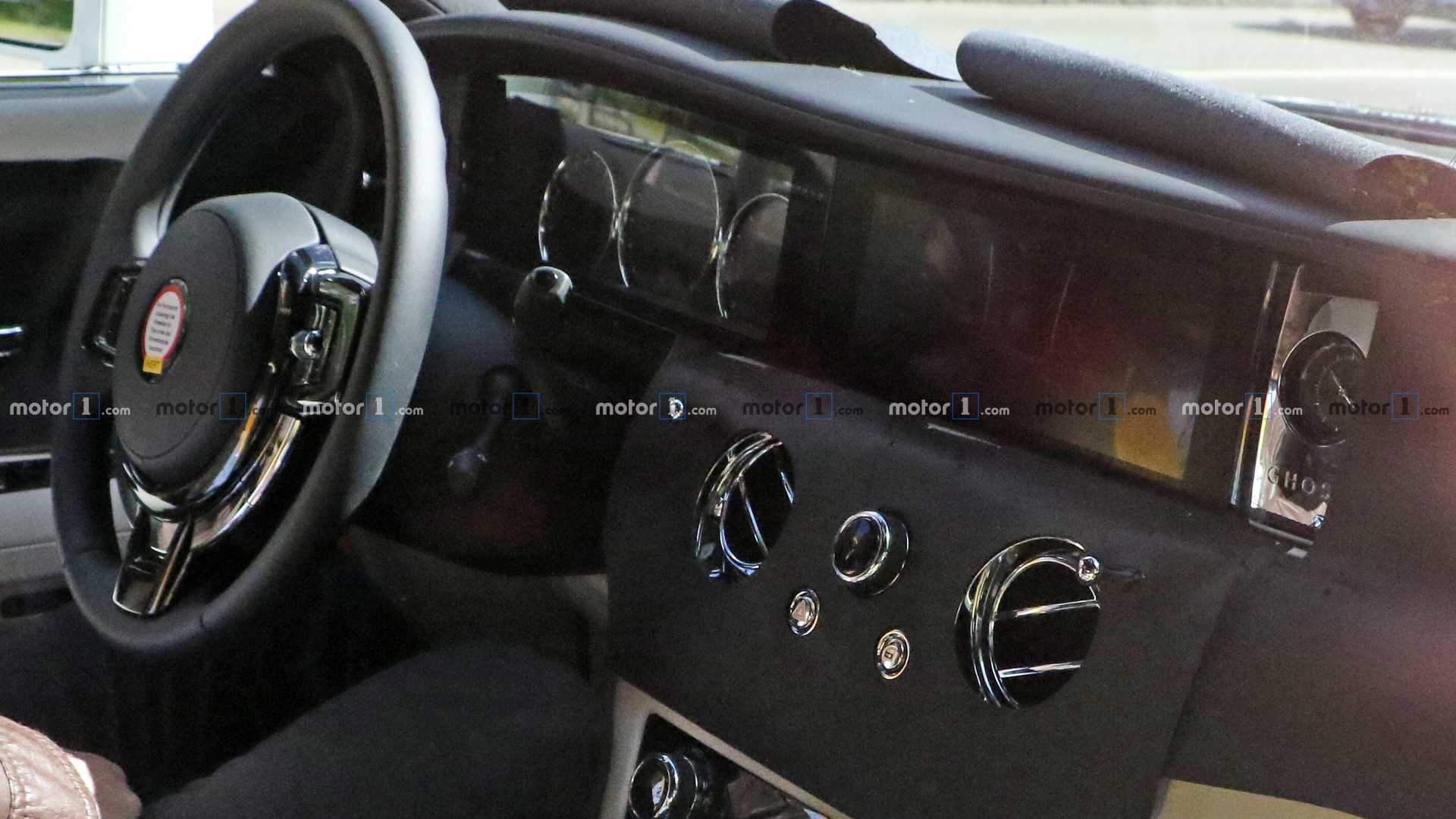 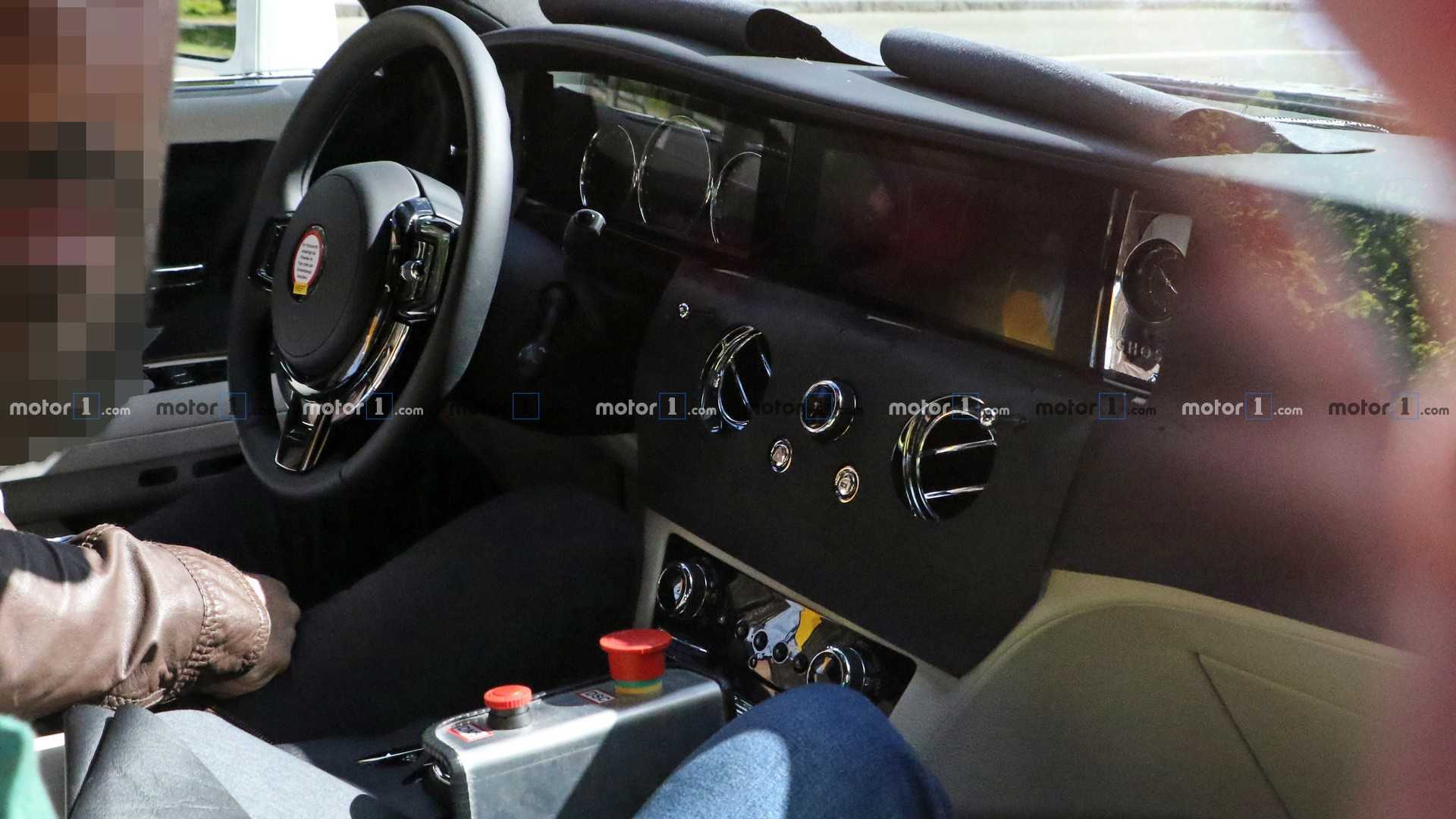 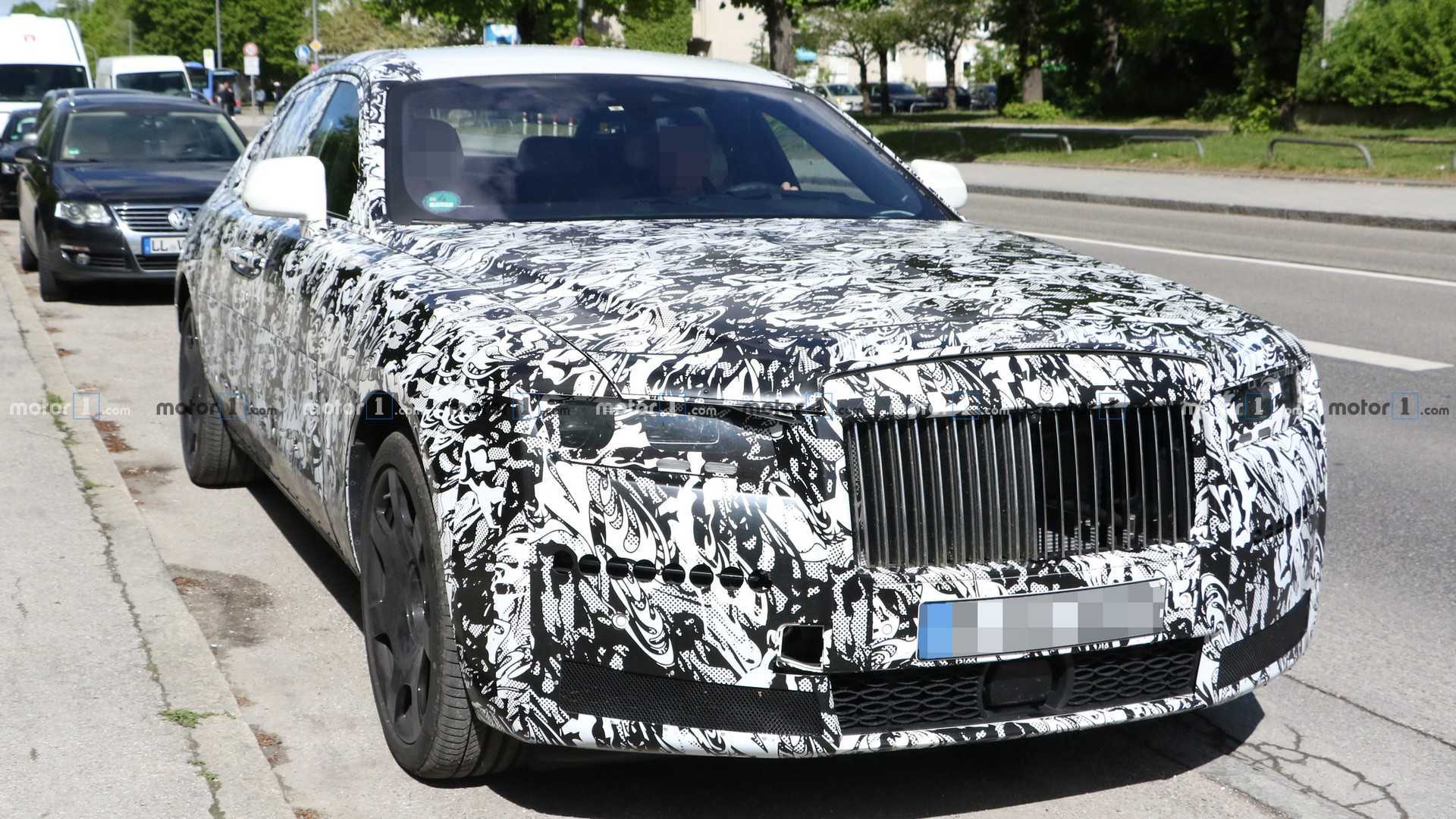 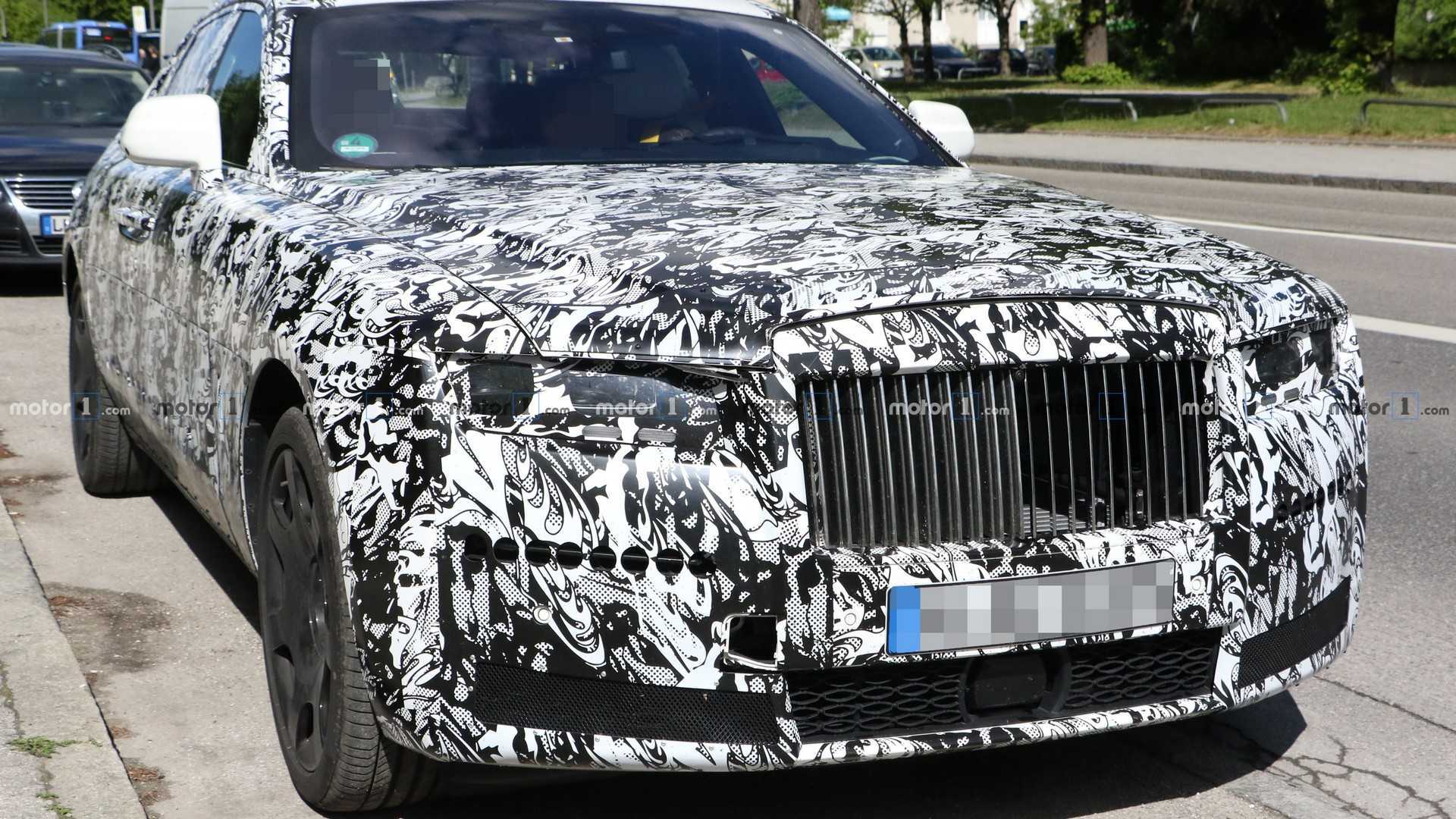 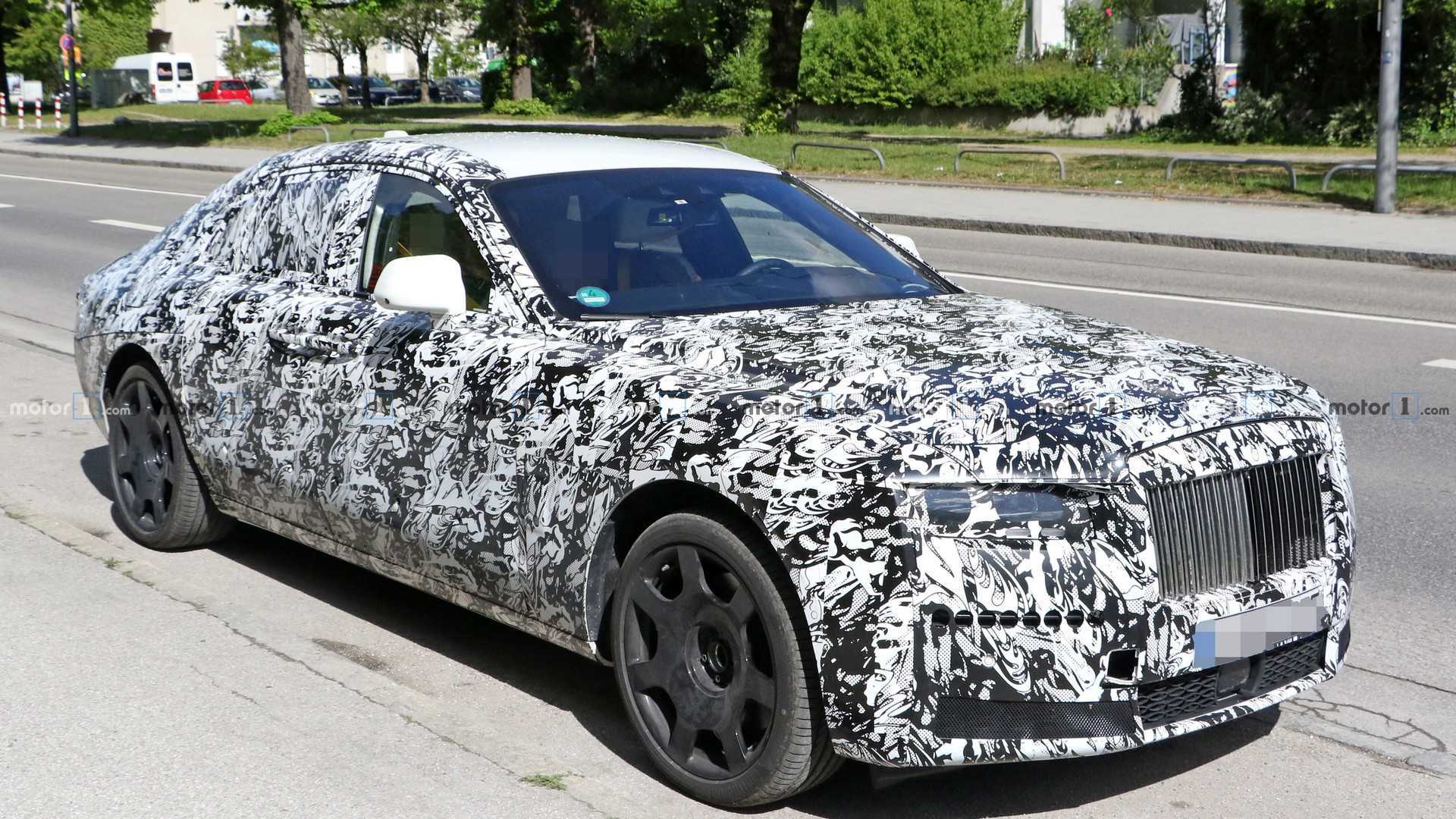 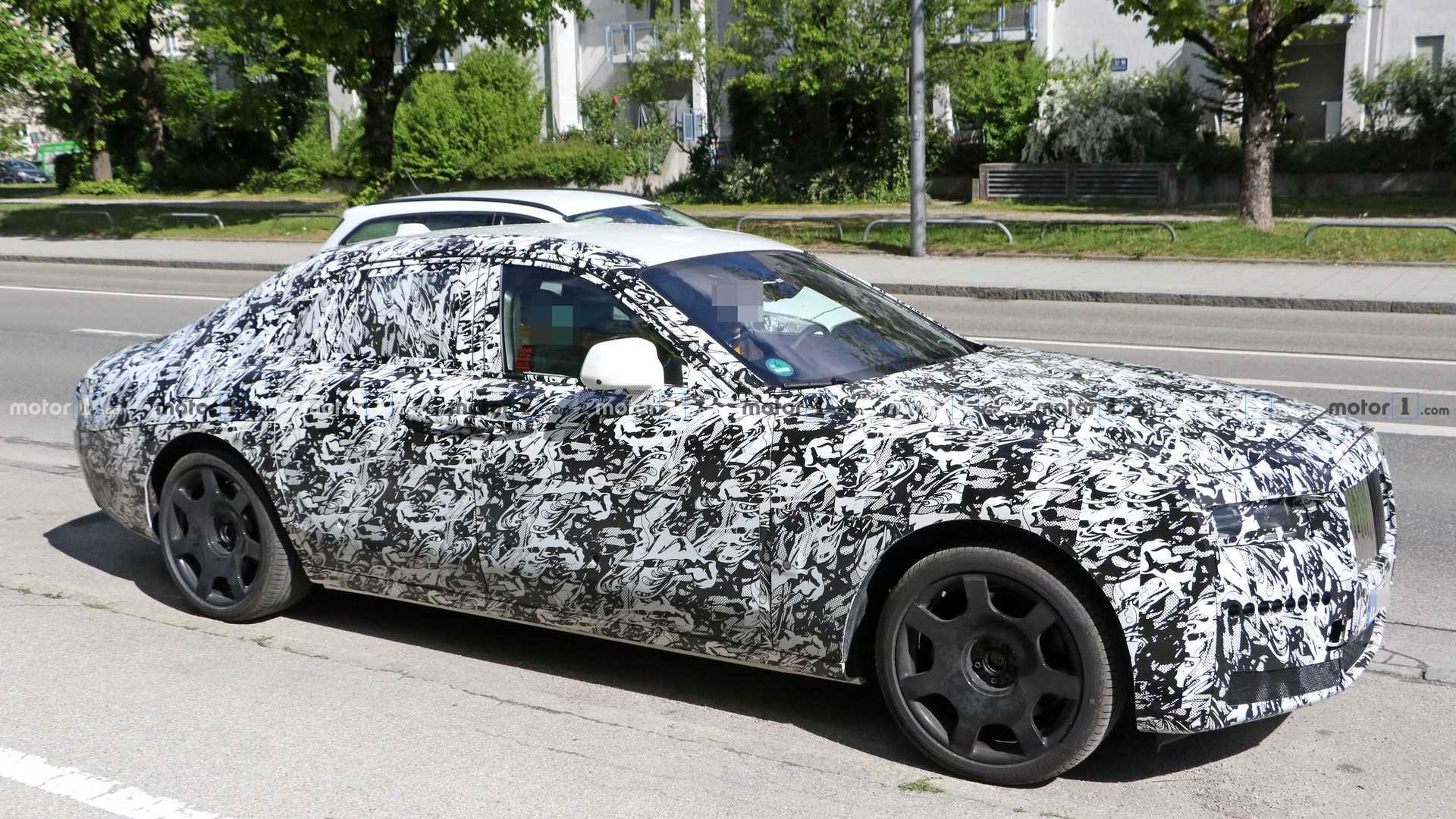 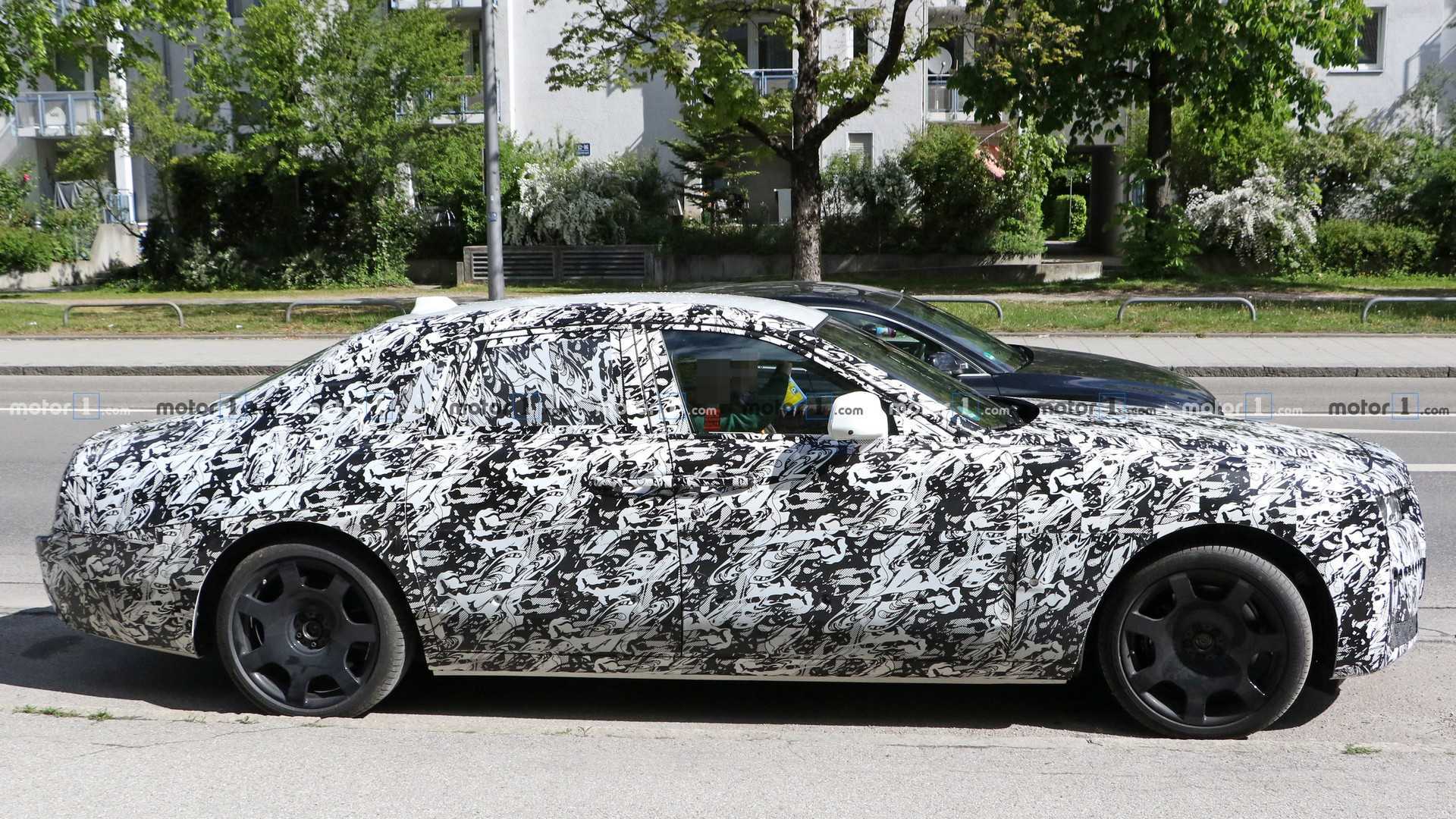 The black dials of the instrument cluster denote the 2021 Ghost will switch to a fully digital driver’s display accompanied by a wide screen for the infotainment system. It’ll be interesting to see whether the big display on the center console will be of the touchscreen variety like on the Cullinan or you’ll have to use the rotary controller as it’s the case with the Phantom.

To the right of the two displays is the analog clock you’d come to expect from a Rolls, while below on the center console are vents and controls looking oh-so-familiar. To better see how the Ghost’s dashboard stacks up against the Phantom’s and the Cullinan’s, here are all three in a side by side (by side) comparison:

Stepping outside of the prototype, the camouflage appears to be hiding an evolutionary design featuring a taller grille flanked by reshaped and slightly narrower full-LED headlights. Those round cutouts in the front bumper’s camo are likely there to partially expose the strip of daytime running lights akin to what the outgoing Ghost features.

The side profile shows a gently sloped roofline making the new Ghost look a bit sportier towards the rear compared to the model it will replace. At the back, the prototype still had the provisional taillights judging by those simple rounded clusters, while right on the trunk lid, above the license plate, Rolls-Royce decided to slap on an extra layer of camouflage for unknown reasons. 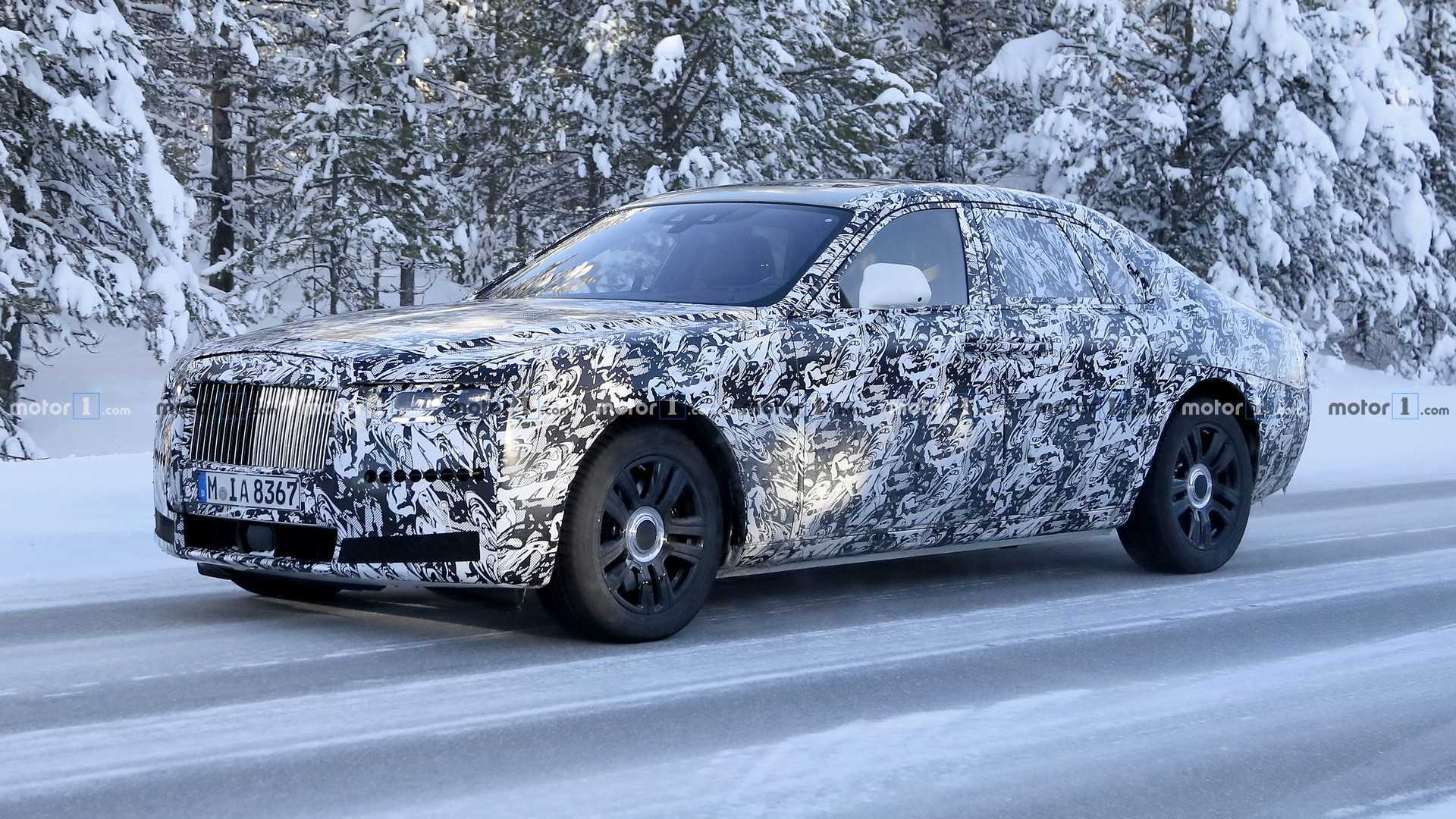 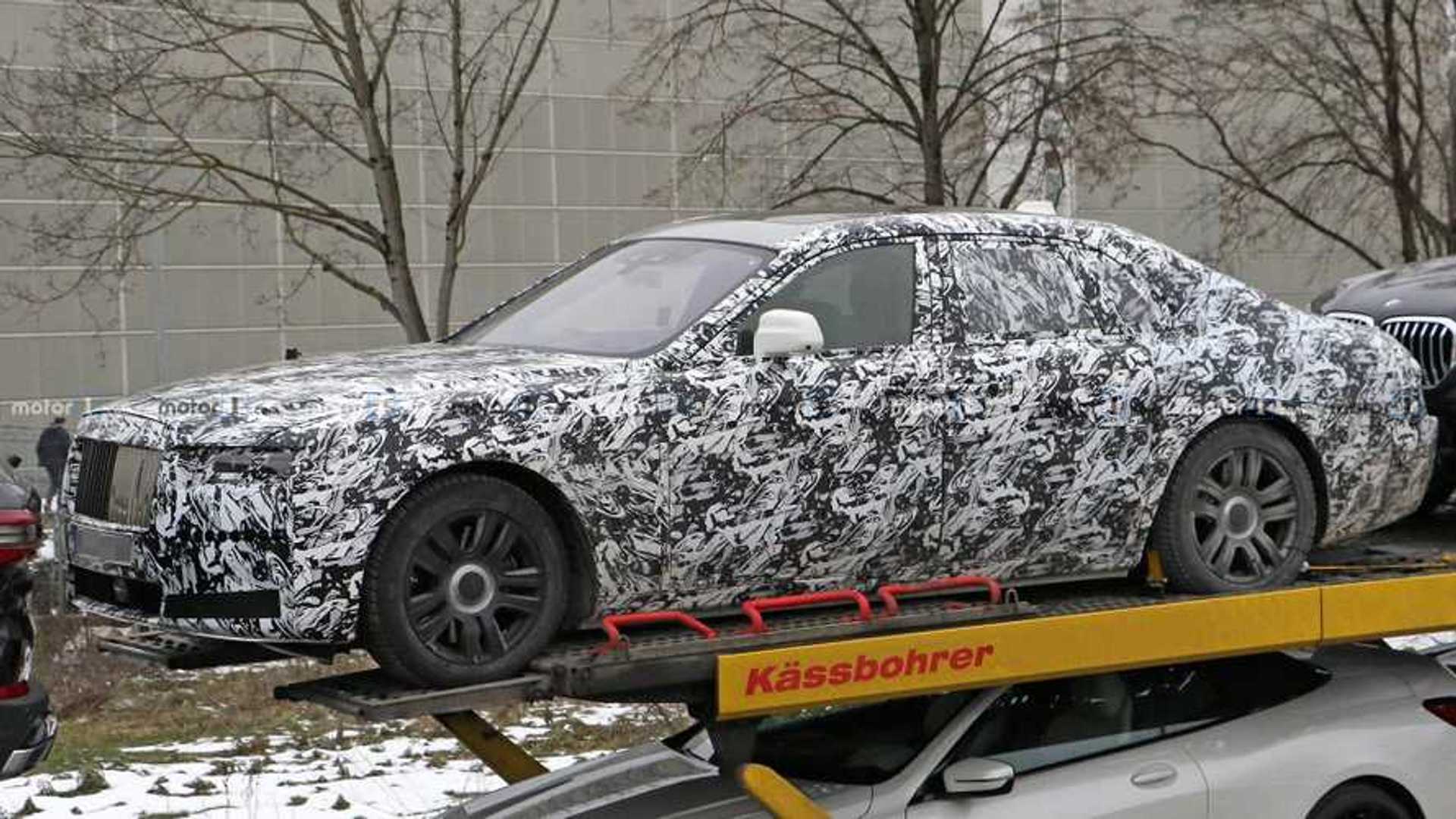 Riding on a completely new aluminum spaceframe platform, the new Ghost is expected to shave off some weight, unless the added tech and possibly more sound-deadening materials will put the weight right back in. As evidenced by the spy shots, the suicide doors will make the transition to the new generation, which should offer increased body rigidity thanks to the switch from steel to aluminum.

At the heart of the 2021 Ghost should be the familiar twin-turbo 6.75-liter V12 engine expect to offer somewhere in the region of 563 horsepower like in the Phantom and Cullinan. One major change compared to the current car is the adoption of four-wheel drive, which corroborated with a quicker eight-speed automatic transmission, should translate into better acceleration. Other significant changes include a 48V electrical architecture and four-wheel steering – if the rumor mill is to be believed.

The wraps should come off next year.