A new upscale Explorer is on the way.

After a frustrating initial year that saw problems, delays, and lower-than-expected sales in 2019, Ford is aiming to elevate the Explorer to some of its former glory. The first bit of good news came earlier this week, when the Blue Oval reported Explorer sales were up 20 percent in 2020. An onslaught of new Explorer trims will try to expand on that success, and our spy sources caught one in plain sight, revealing some interesting features.

We believe this is a new Explorer King Ranch edition. The badges are covered, but it’s not difficult to make out the King Ranch outline behind the brown tape. If that still has you skeptical, simply look at the small wheel center caps wearing the trademark King Ranch symbol. Ford apparently forgot to cover those up so yeah, here’s your King Ranch Explorer. 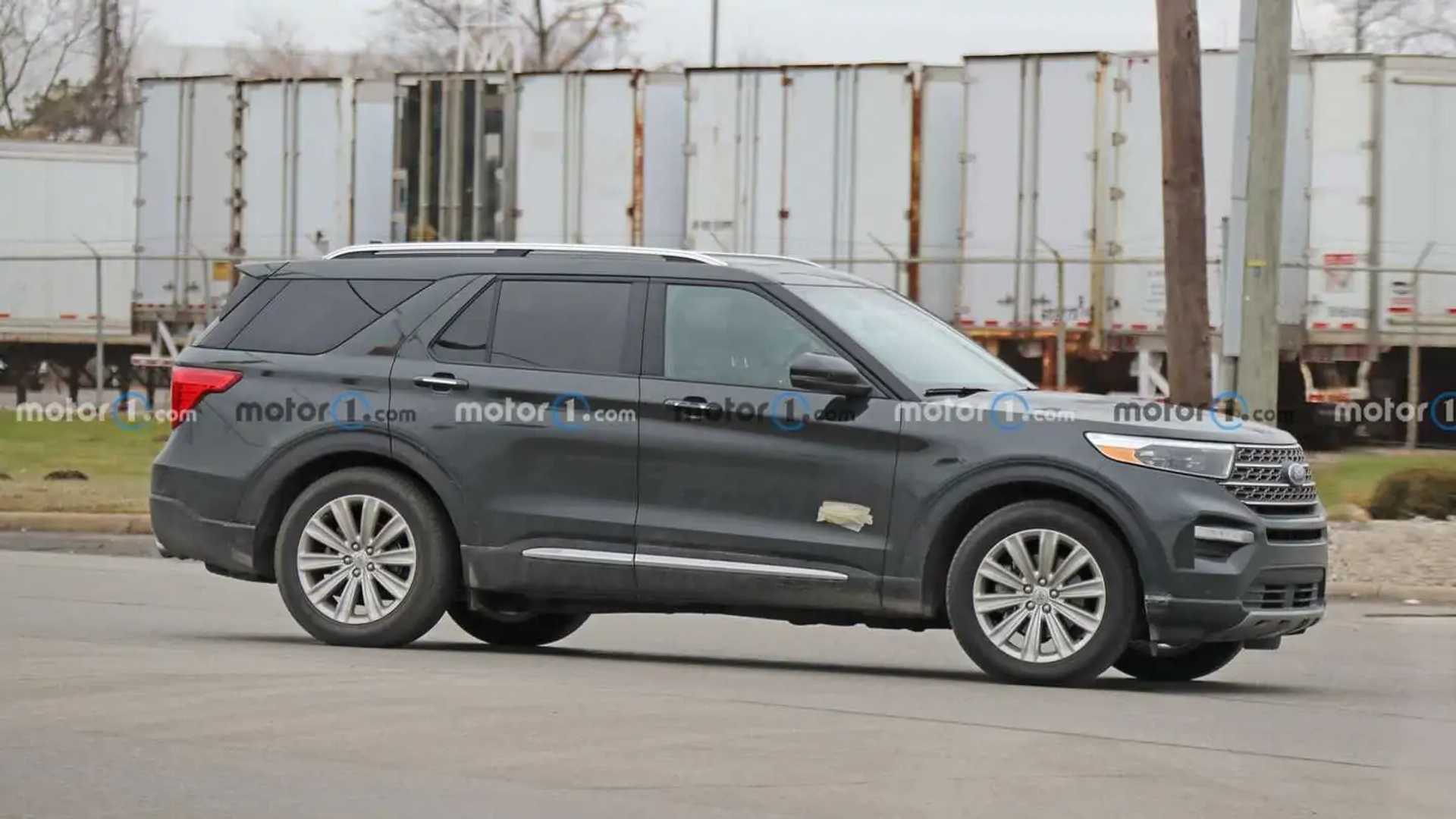 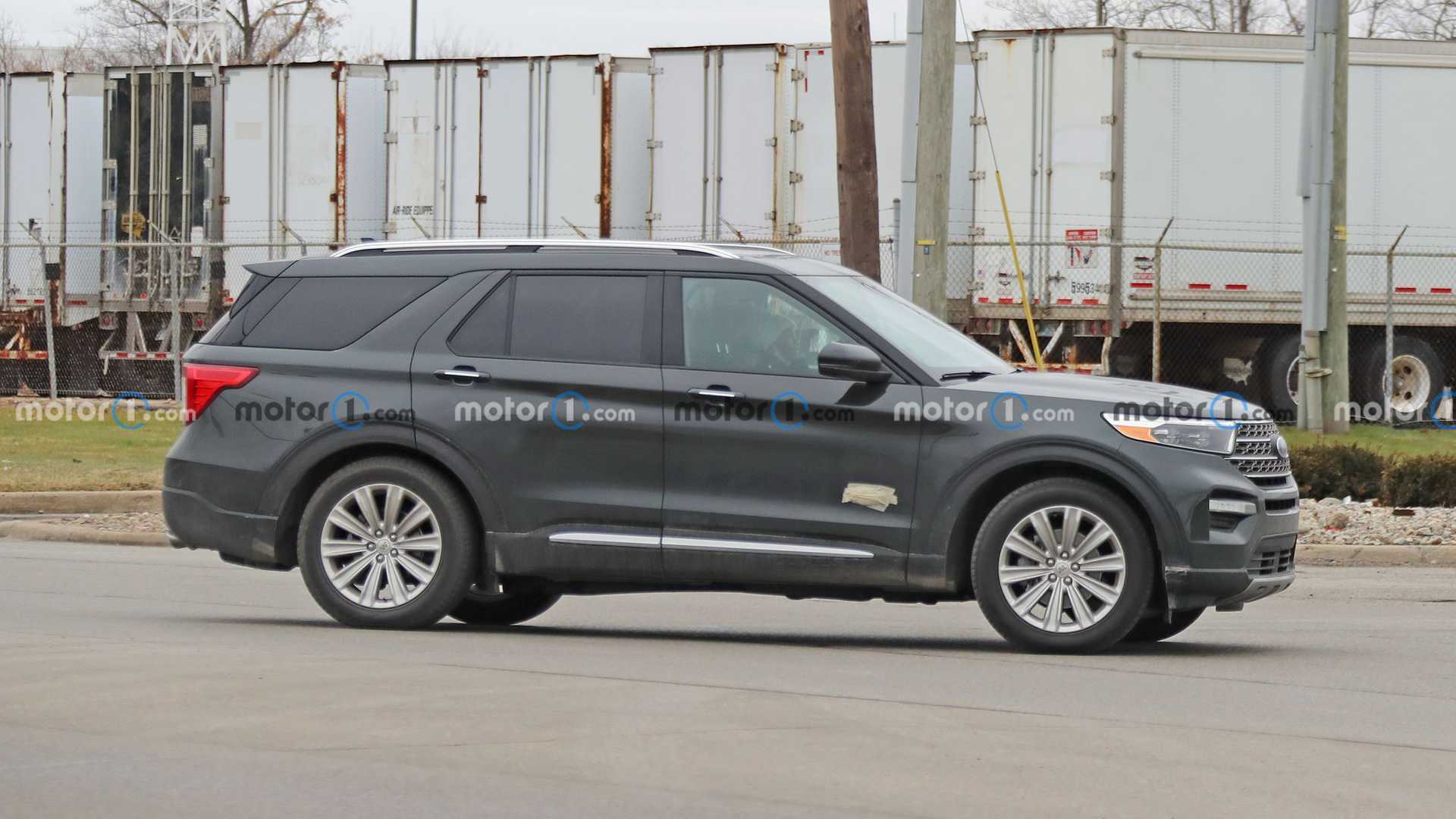 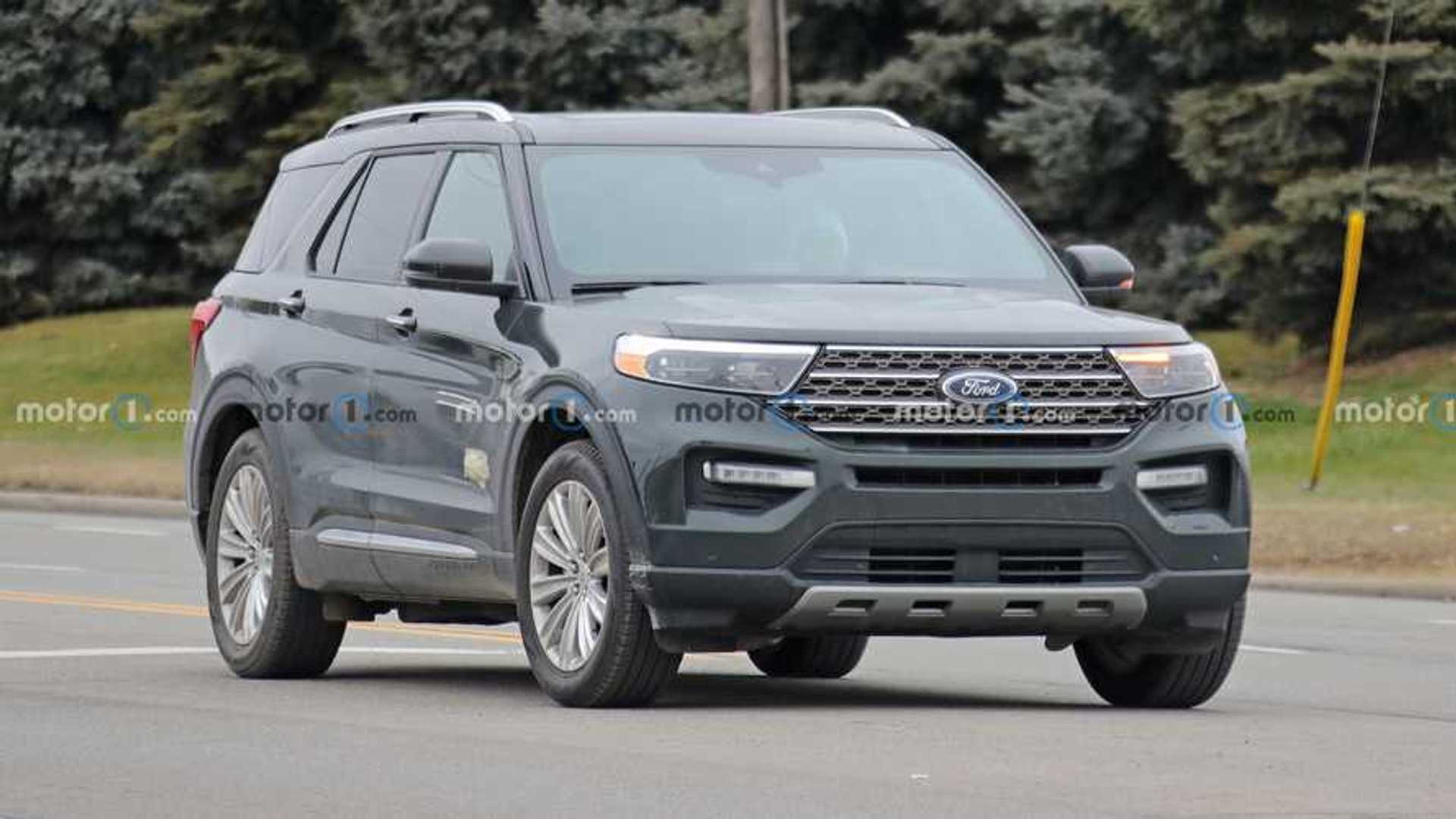 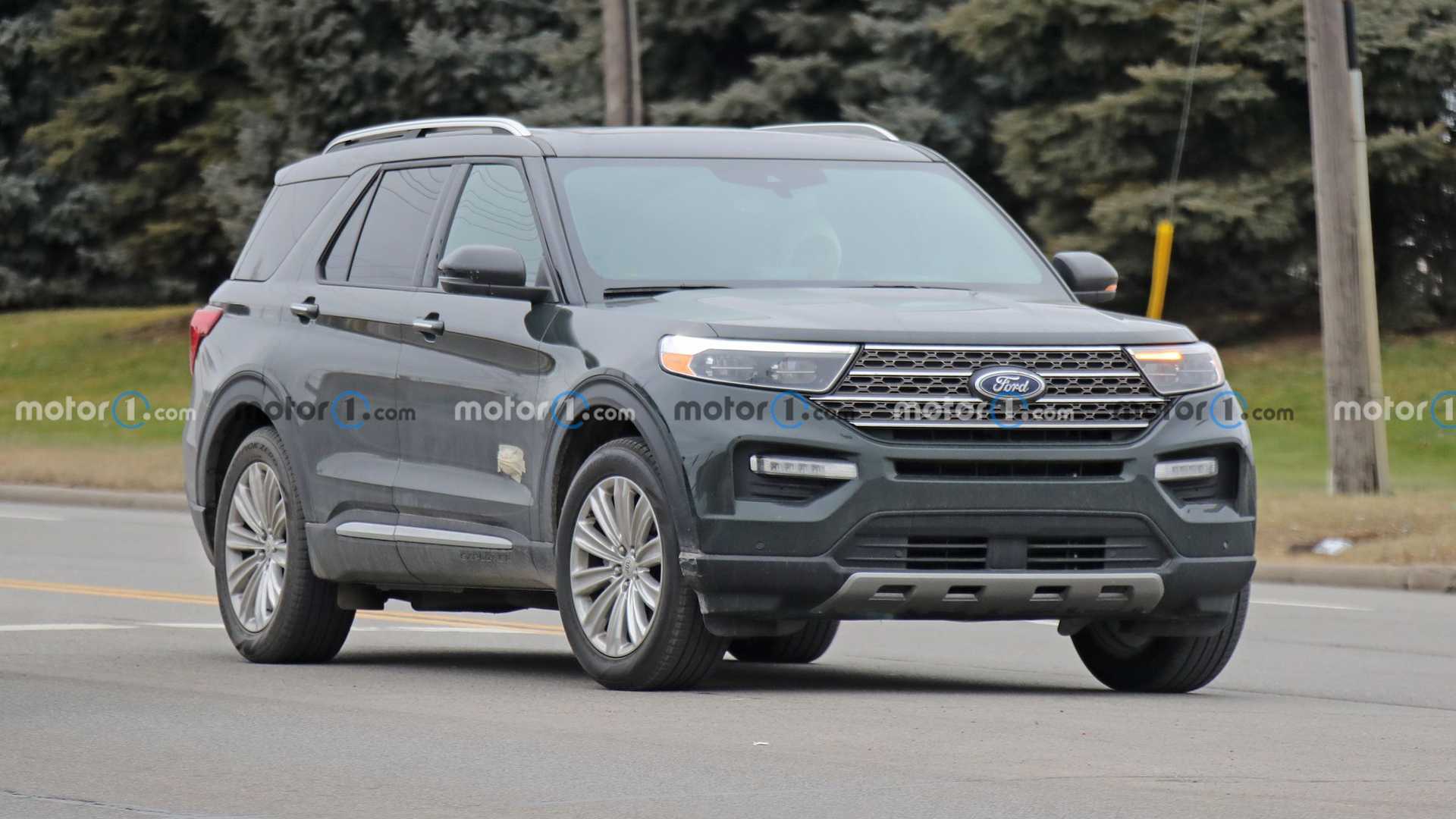 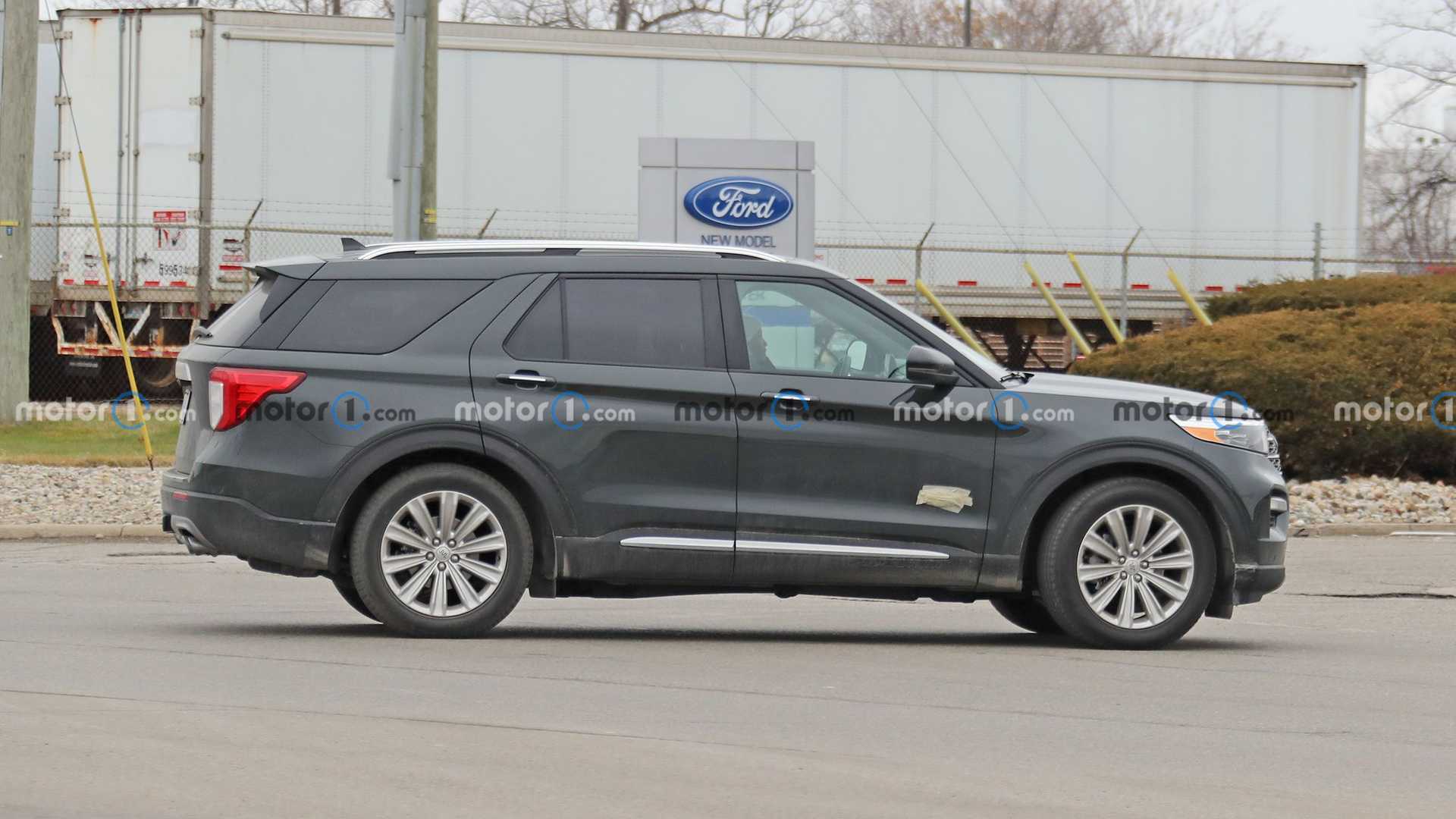 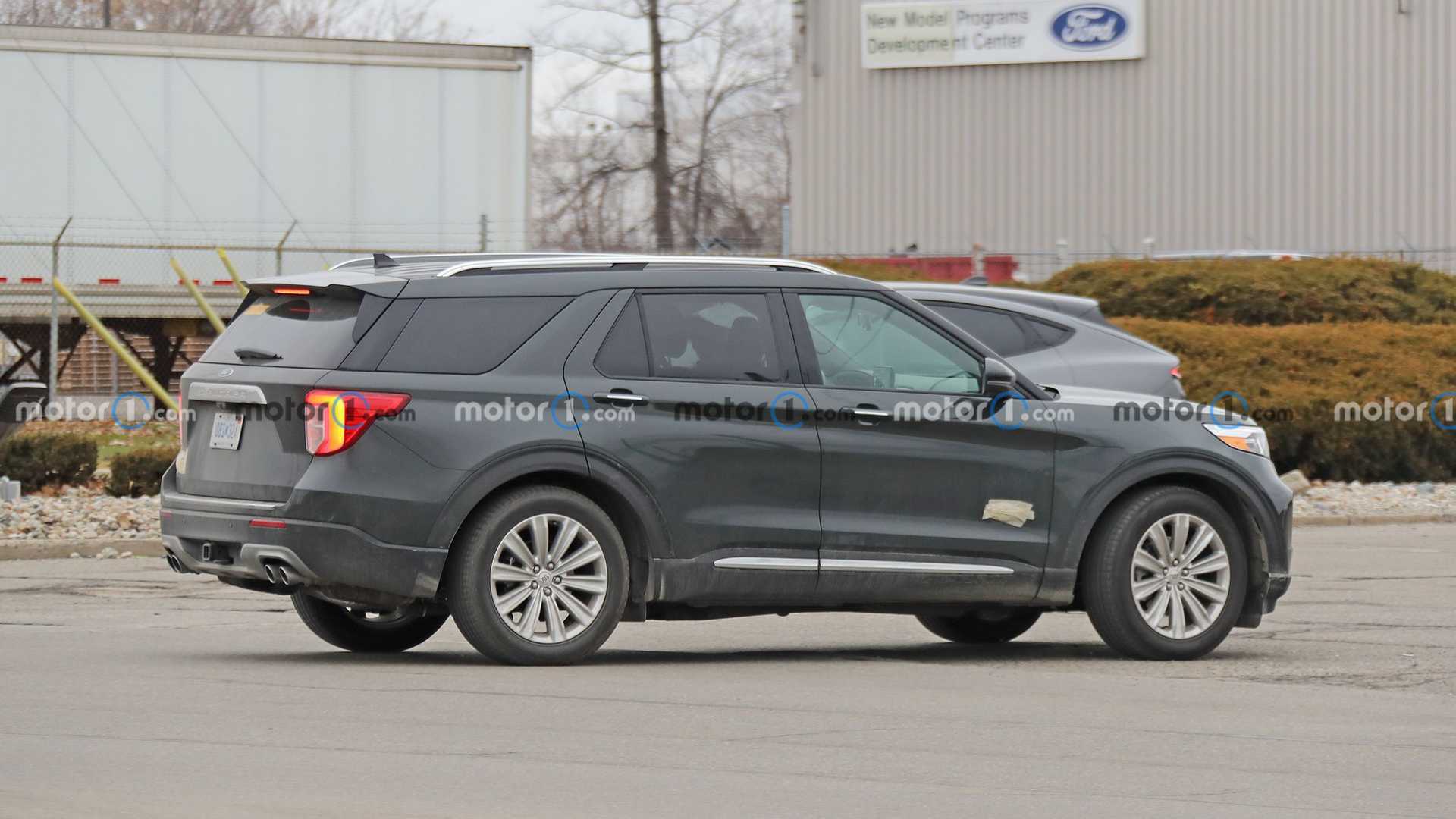 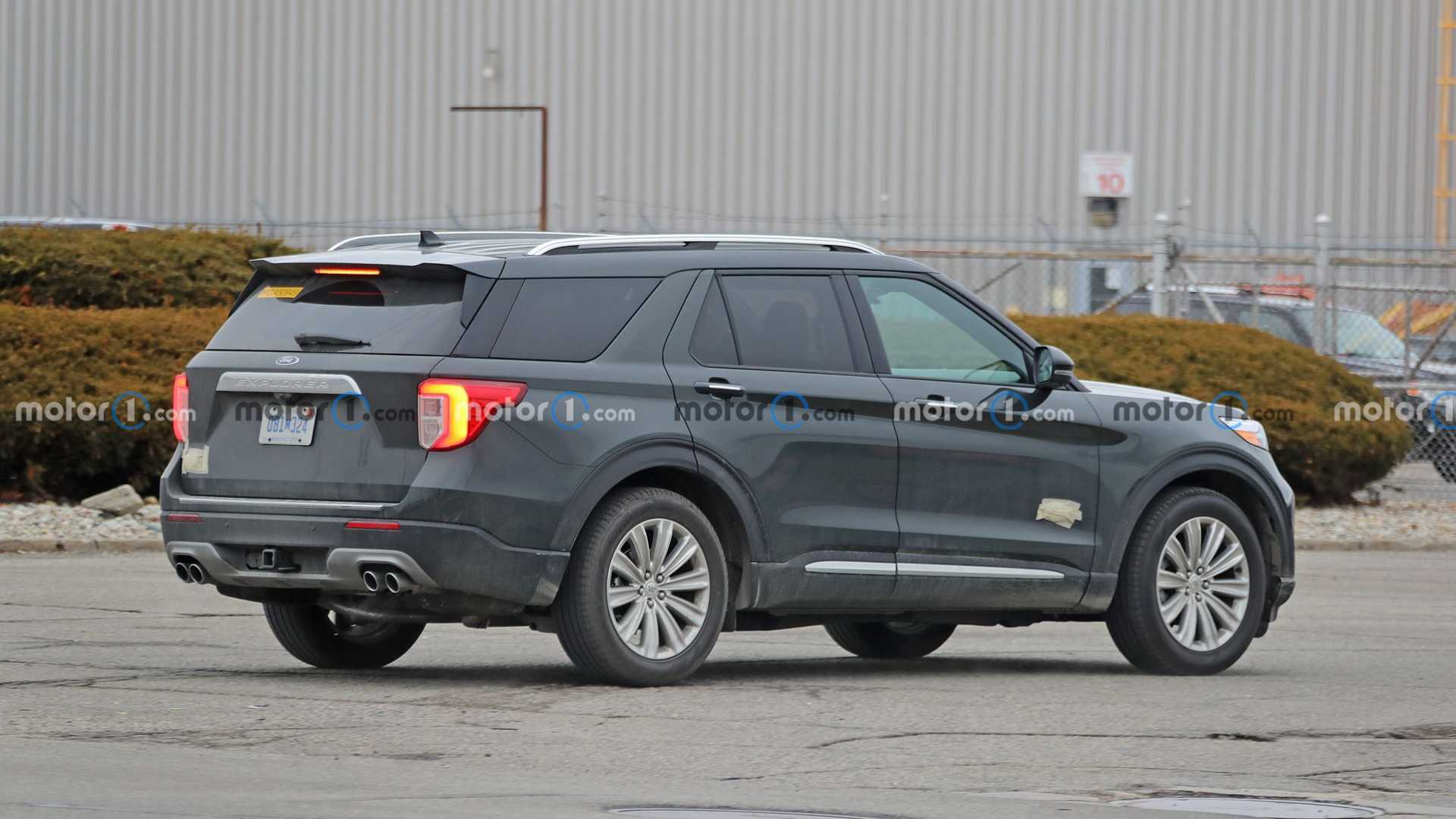 What else do we see? It wears a grille from the Limited model, and the wheels are similar in design to what’s available on the Limited. Things get more interesting at the back, where we see quad exhaust outlets similar to the performance-oriented ST and range-topping Platinum model. That suggests the King Ranch will get Ford’s 3.0-liter EcoBoost V6 found in those models, though we doubt it would match the ST’s 400-horsepower output. It would likely mirror the Platinum with 365 hp, still a stout figure.

In the F-150 lineup, the King Ranch is a midrange trim that offers plenty of leather and optional luxury items with something of a rugged flavor. As such, we suspect Ford will position the Explorer King Ranch in a similar slot, above the Limited but behind the ST and Platinum. A wild card is Ford’s other forthcoming Explorer trim, the off-road themed Timberline. It doesn’t boast the quad exhaust outlets, suggesting it could slot just above or below the Limited. That could bump King Ranch ahead of ST, taking a more luxurious role beneath the Explorer Platinum.

We shouldn’t have too long to ponder the future Explorer lineup. The King Ranch and Timberline models are expected to debut and go on sale later this year.