Is there a better color for a 911 Targa than red?

The Porsche 911 Targa is one of those cars that always looks fantastic, and the 992-edition of the removable-roof 911 appears to be carrying the tradition quite well. A new set of spy photos are out from the Nürburgring, though spy might be something of a misnomer here since the only thing hidden is a Targa badge, presumably beneath the black tape at the rear of the car. However, with the black roof and B-pillar in clear sight, Porsche isn’t fooling anyone with this car, and we’re pretty sure they know it. 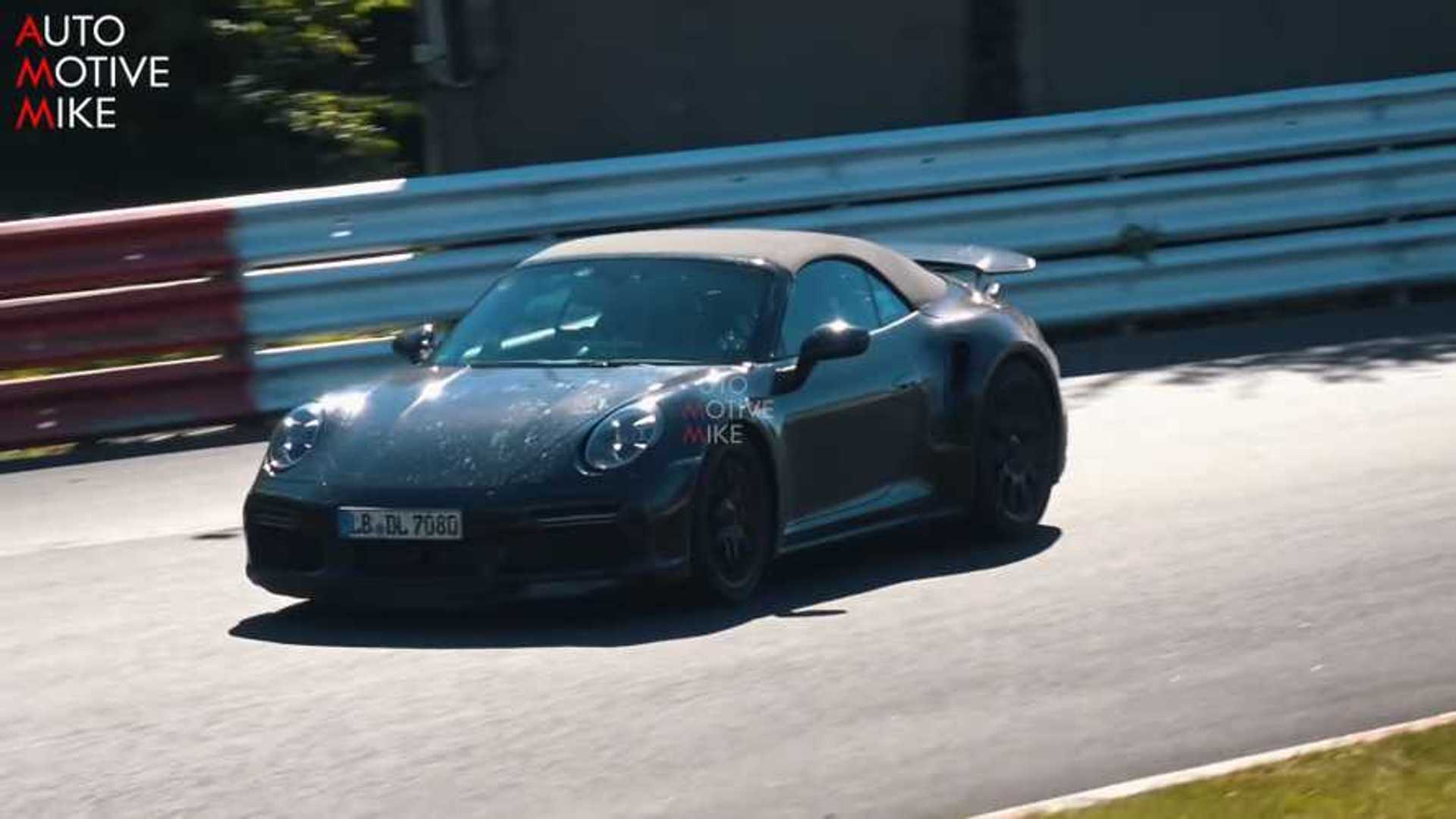 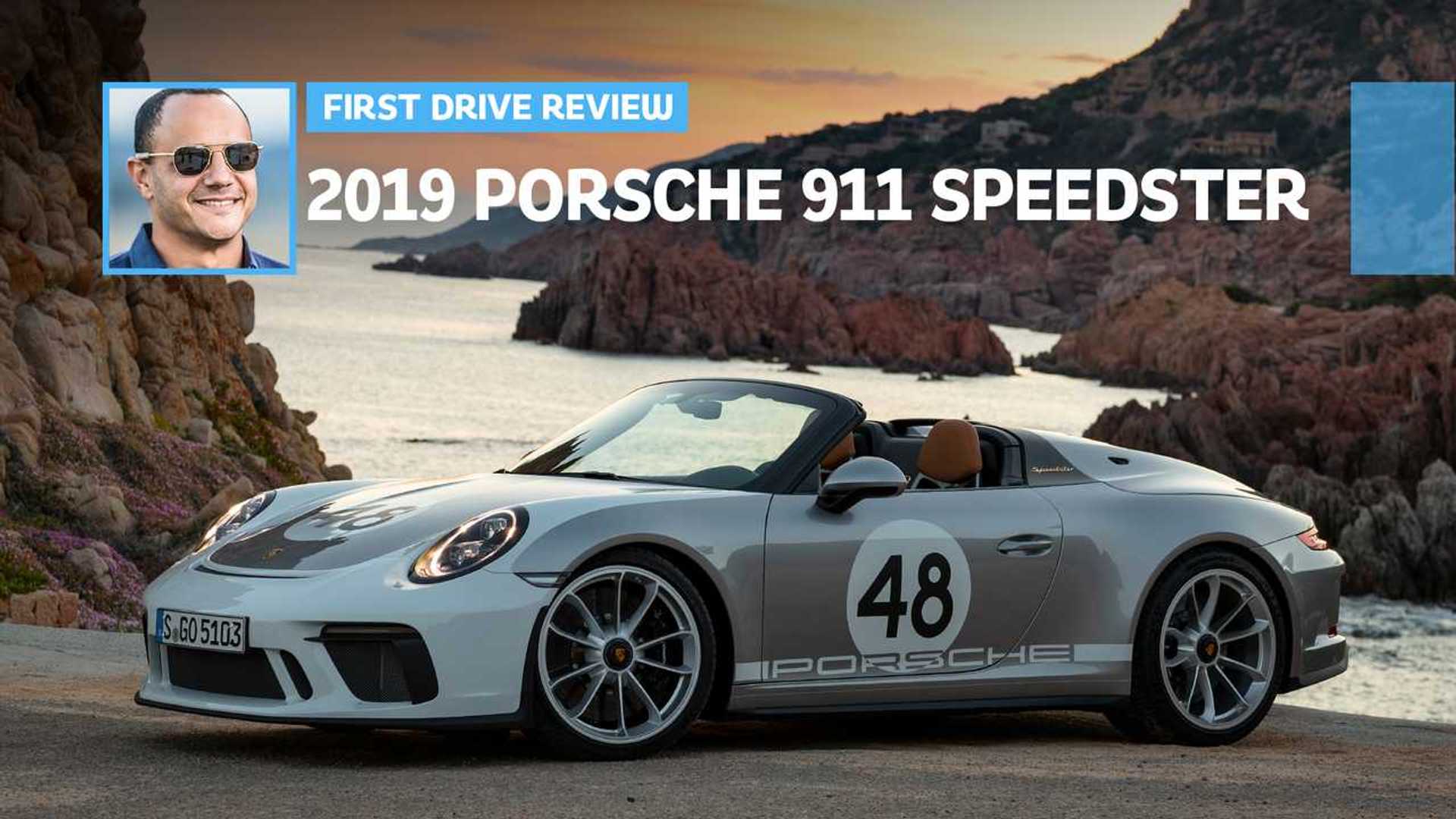 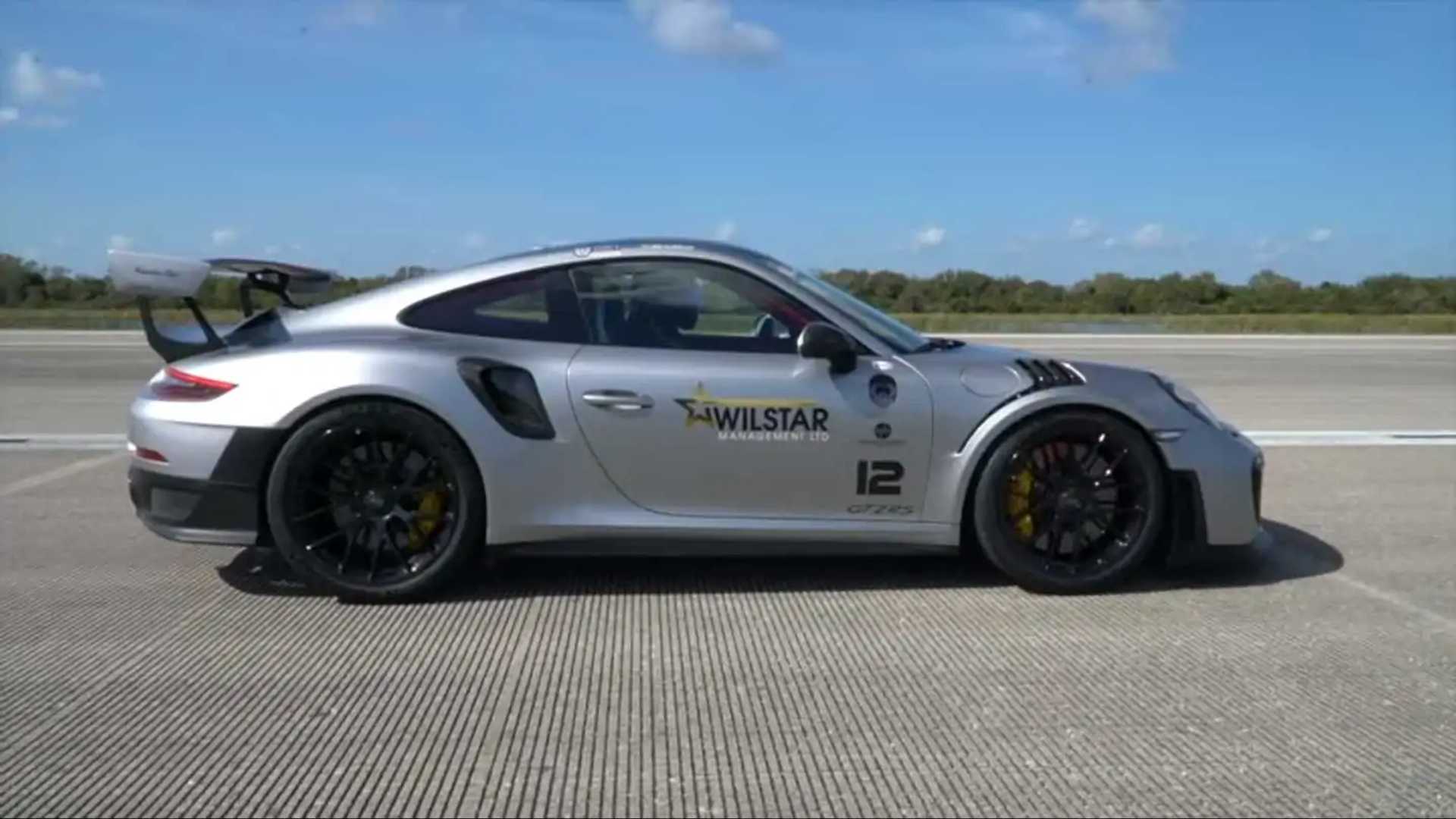 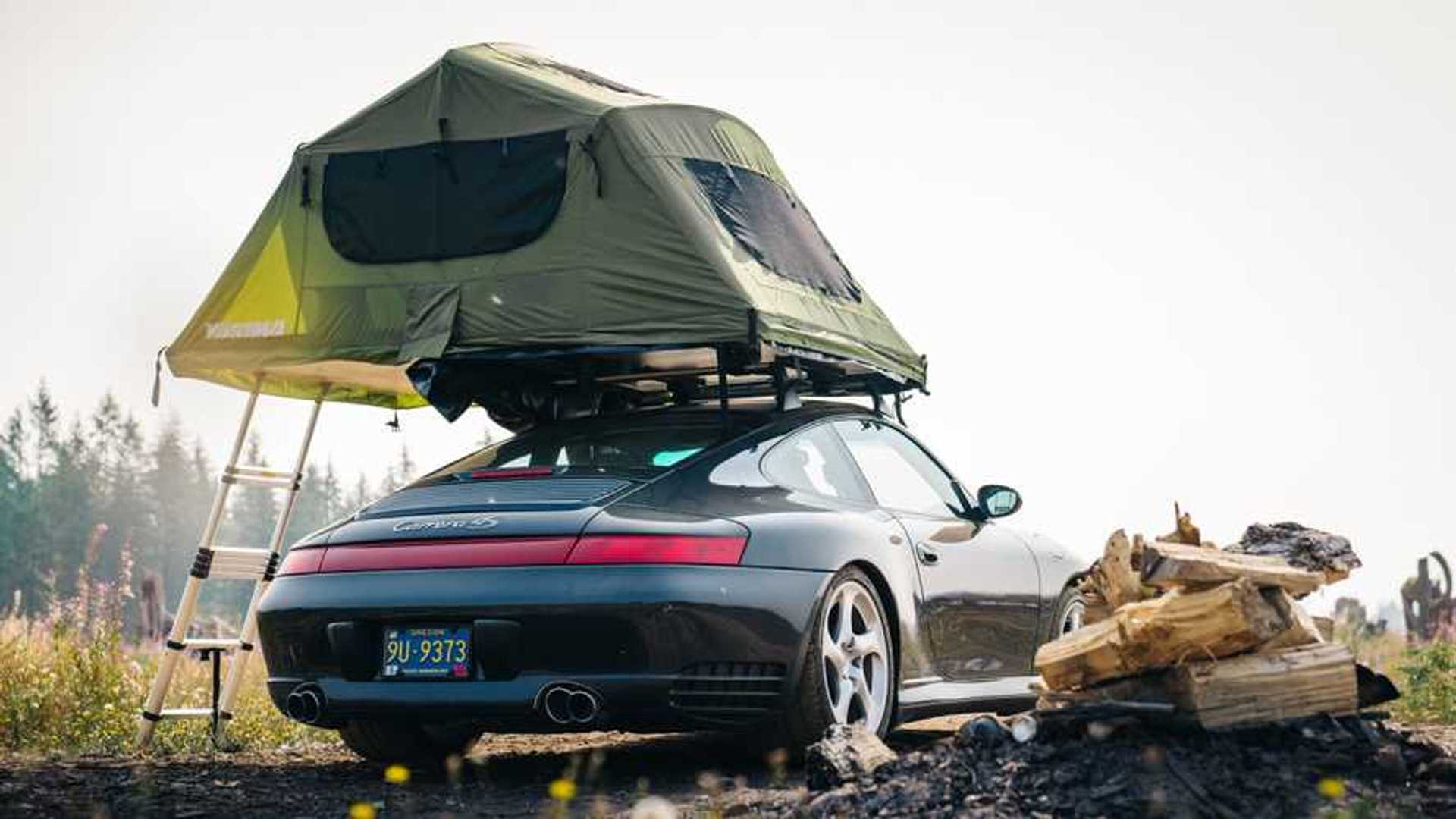 Speaking of the black roof and pillar, there’s a serious retro vibe blasting off this particular 911. Perhaps it’s the color combination – few shades are as iconic in the 911 Targa world as red and black, and we suspect this pretty Porsche would look even better with the top removed. Sadly that probably won’t happen until the automaker decides to officially reveal the model, since ensuring proper fit and seal around the removable section is paramount during the testing phase. The last thing you want is a 911 buzzing with wind noise, or worse, a roof that spontaneously departs at triple-digit speeds. 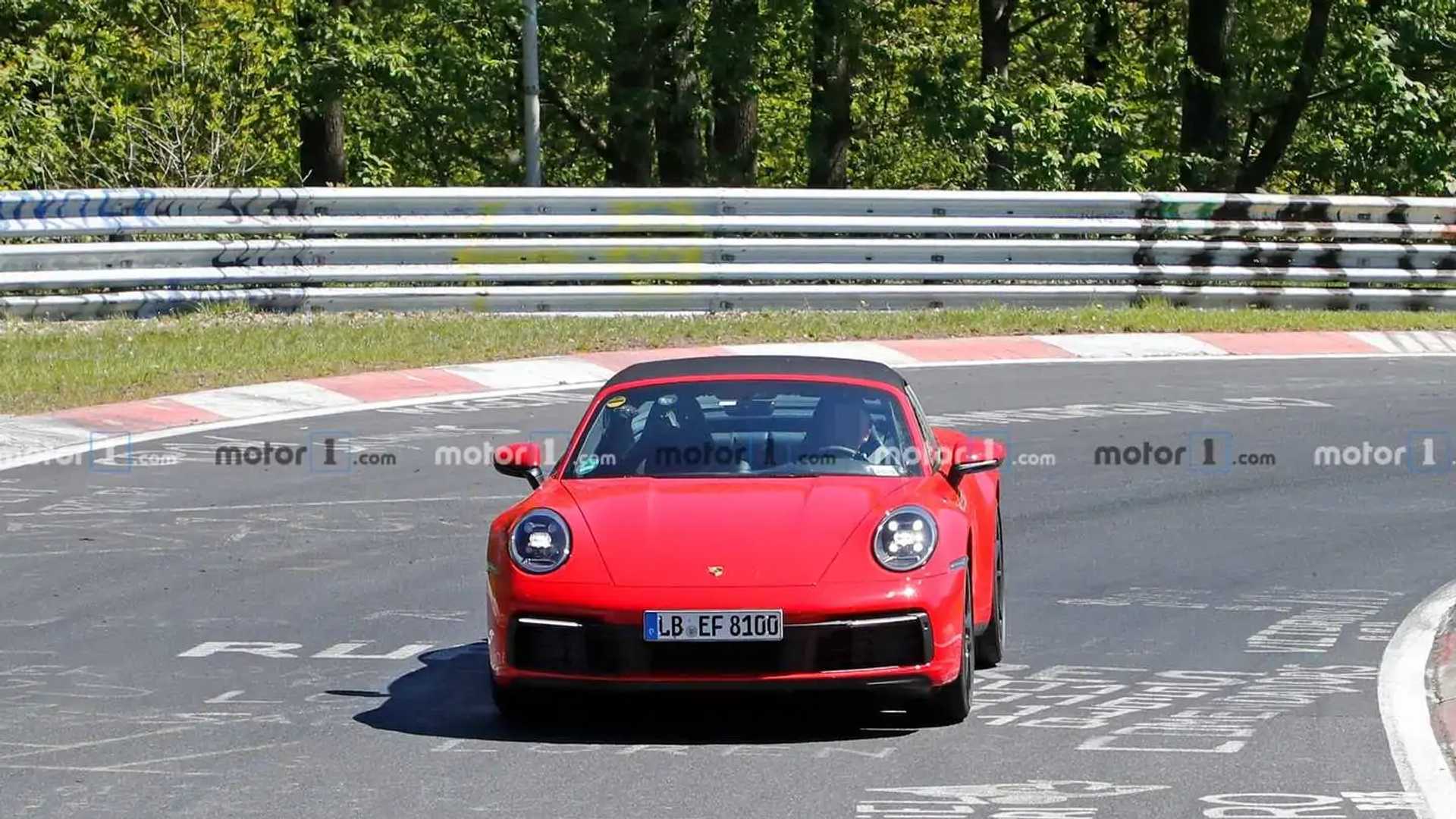 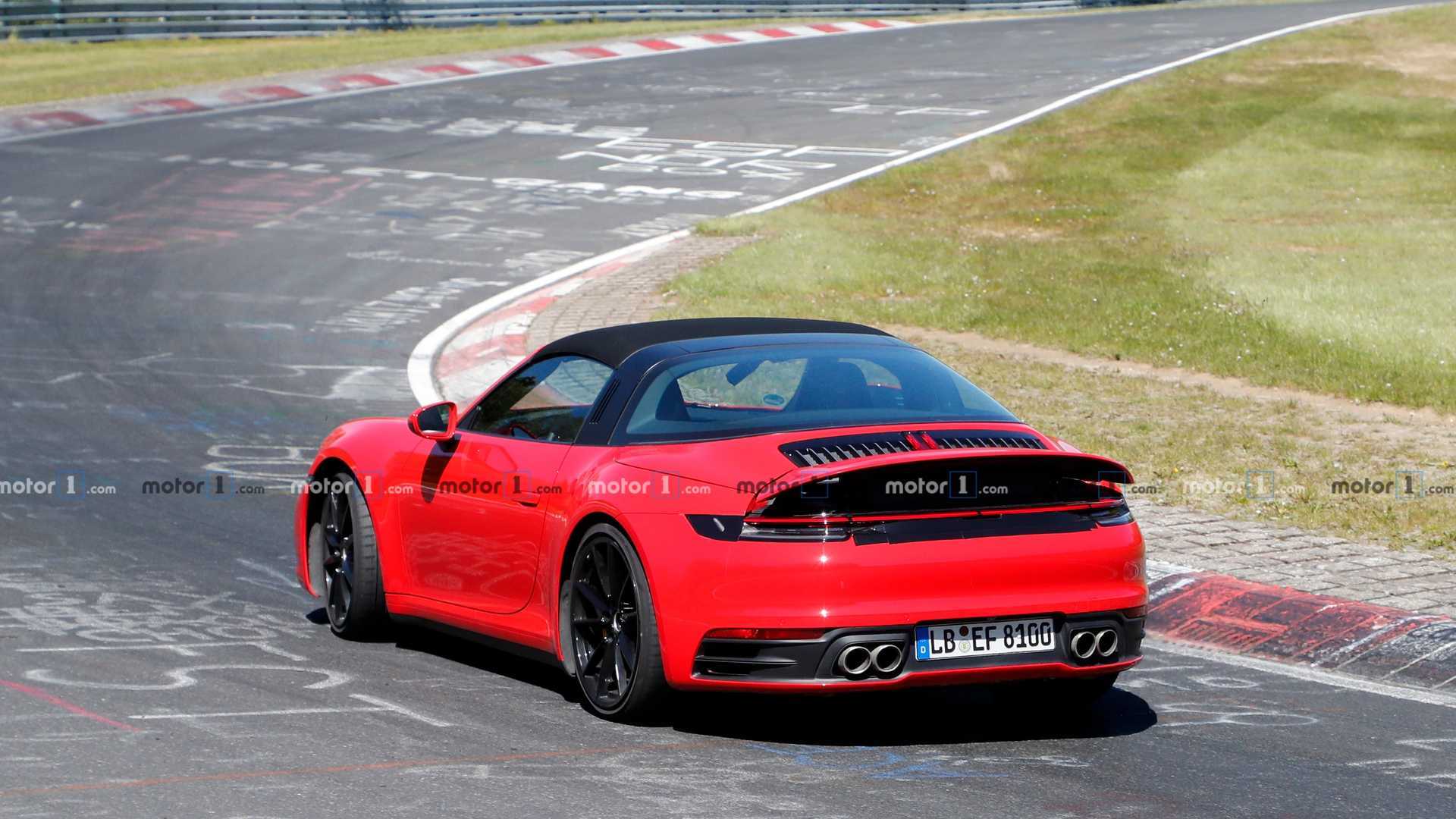 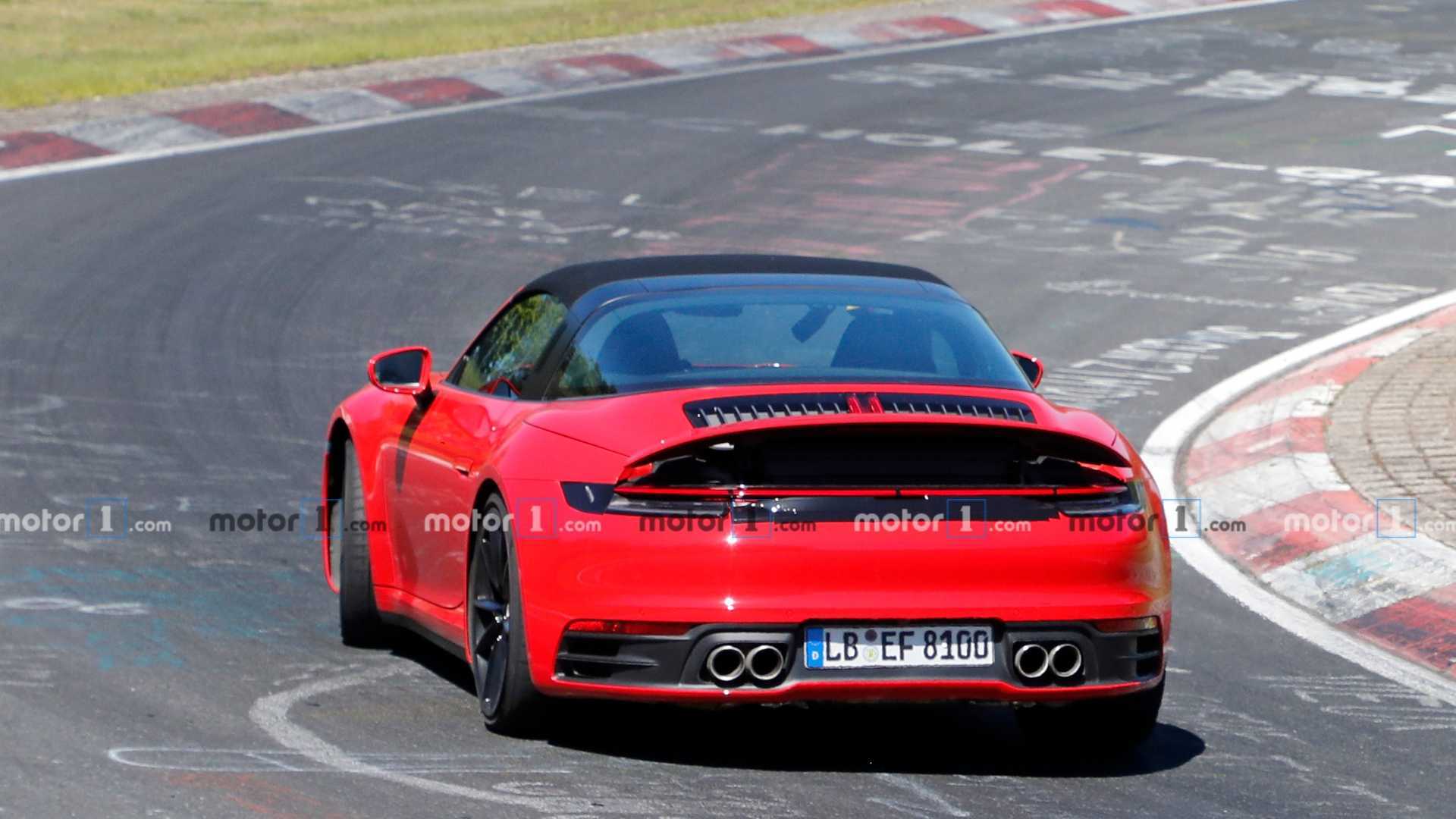 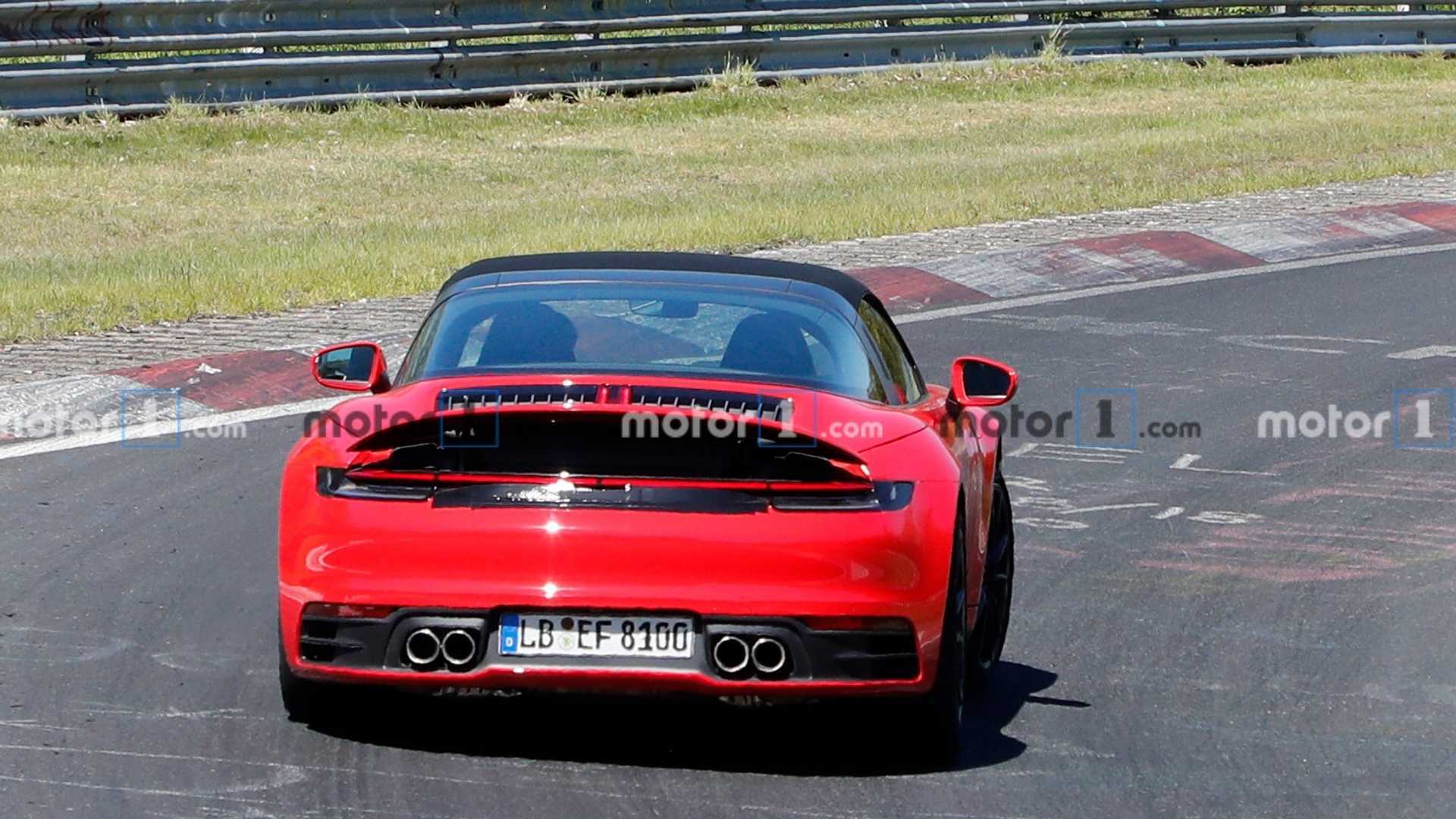 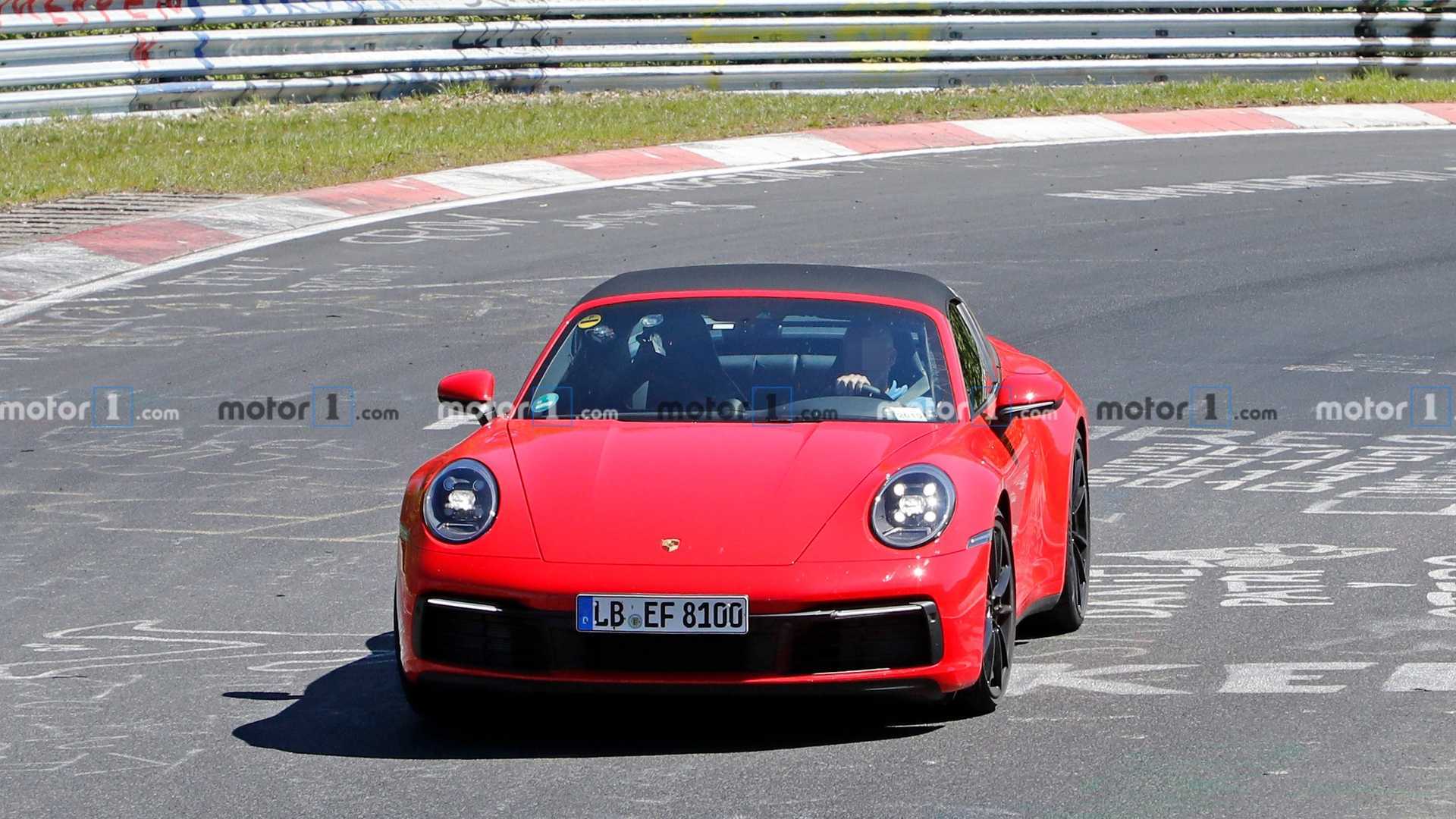 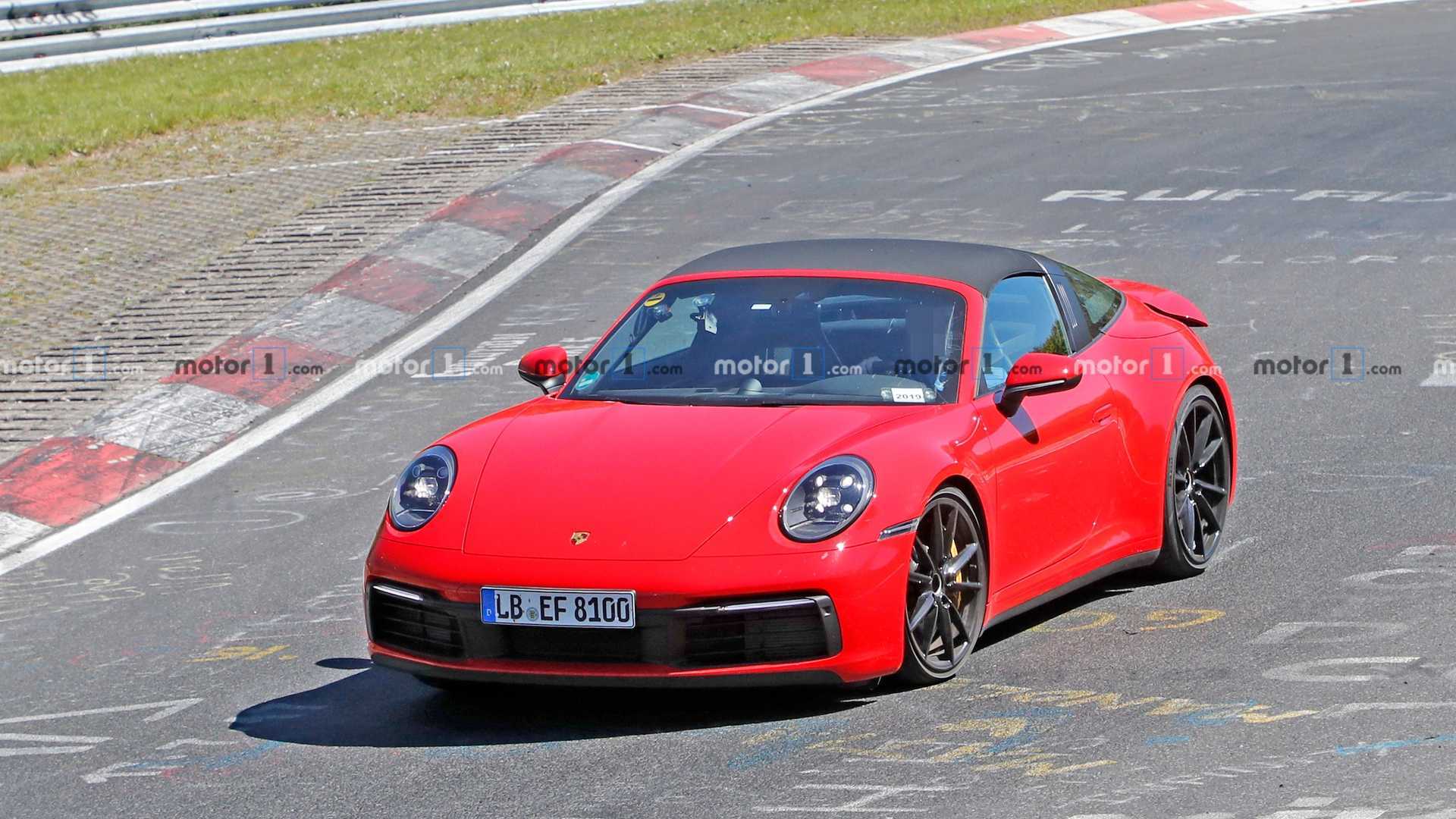 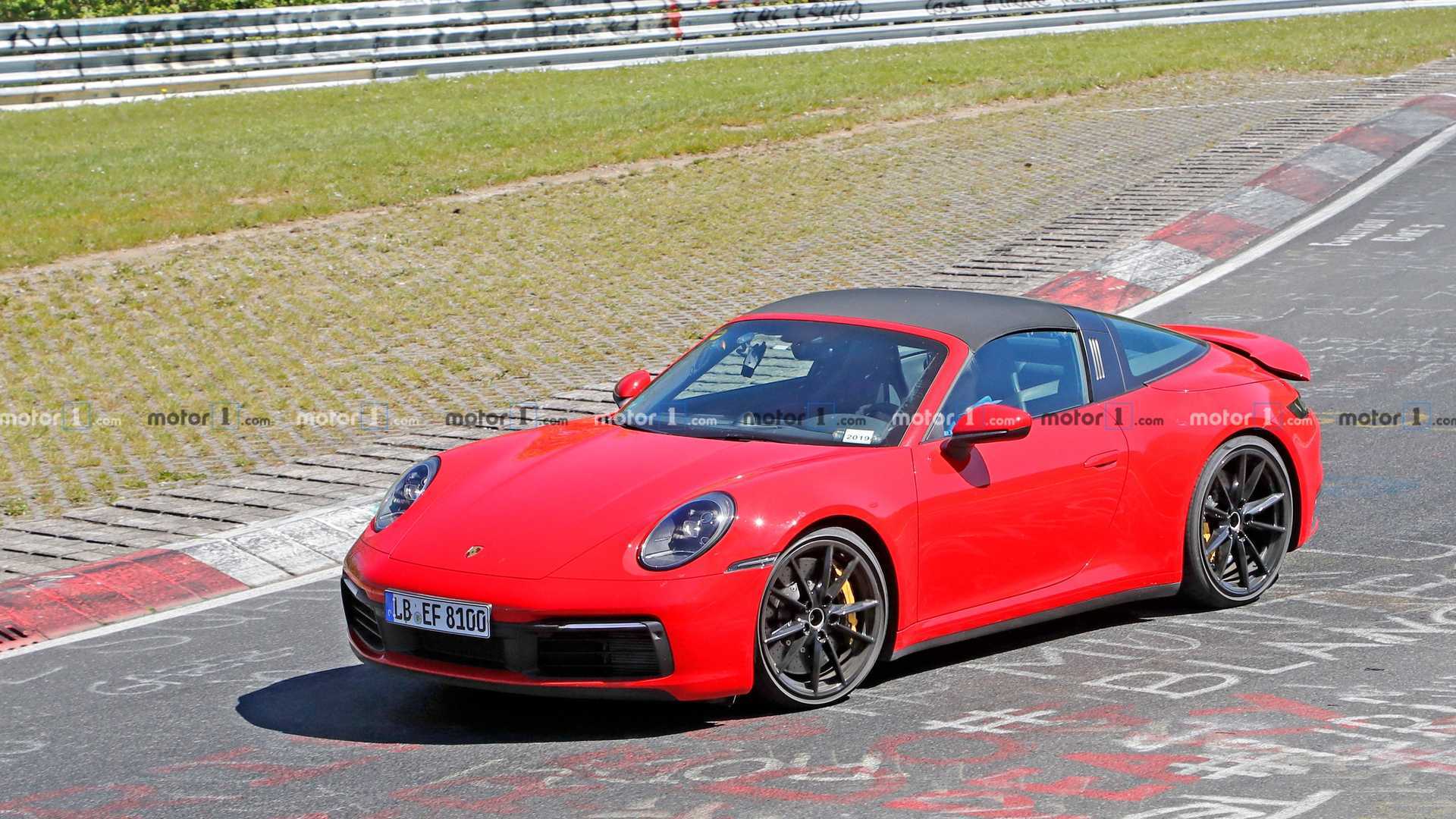 The new 911 is certainly plenty capable of attaining such speed. Even in base Carrera trim, the rear-engined supercar delivers 443 horsepower (330 kilowatts) and can rip to 60 mph in just 3.5 seconds. Add in all-wheel drive with the Sport Chrono Package and the number drop to 3.2 seconds, and if you keep your foot planted, the 911 will hit 190 mph. For the record, a Boeing 747 takes off at 180 mph so yeah, making sure removable body panels with a shape not unlike a wing are properly secured is really important.

As for when the Targa will become official, that’s still unknown. The 992 generation is fresh and new, but we suspect Porsche will come clean on the roofless model sometime later this year.