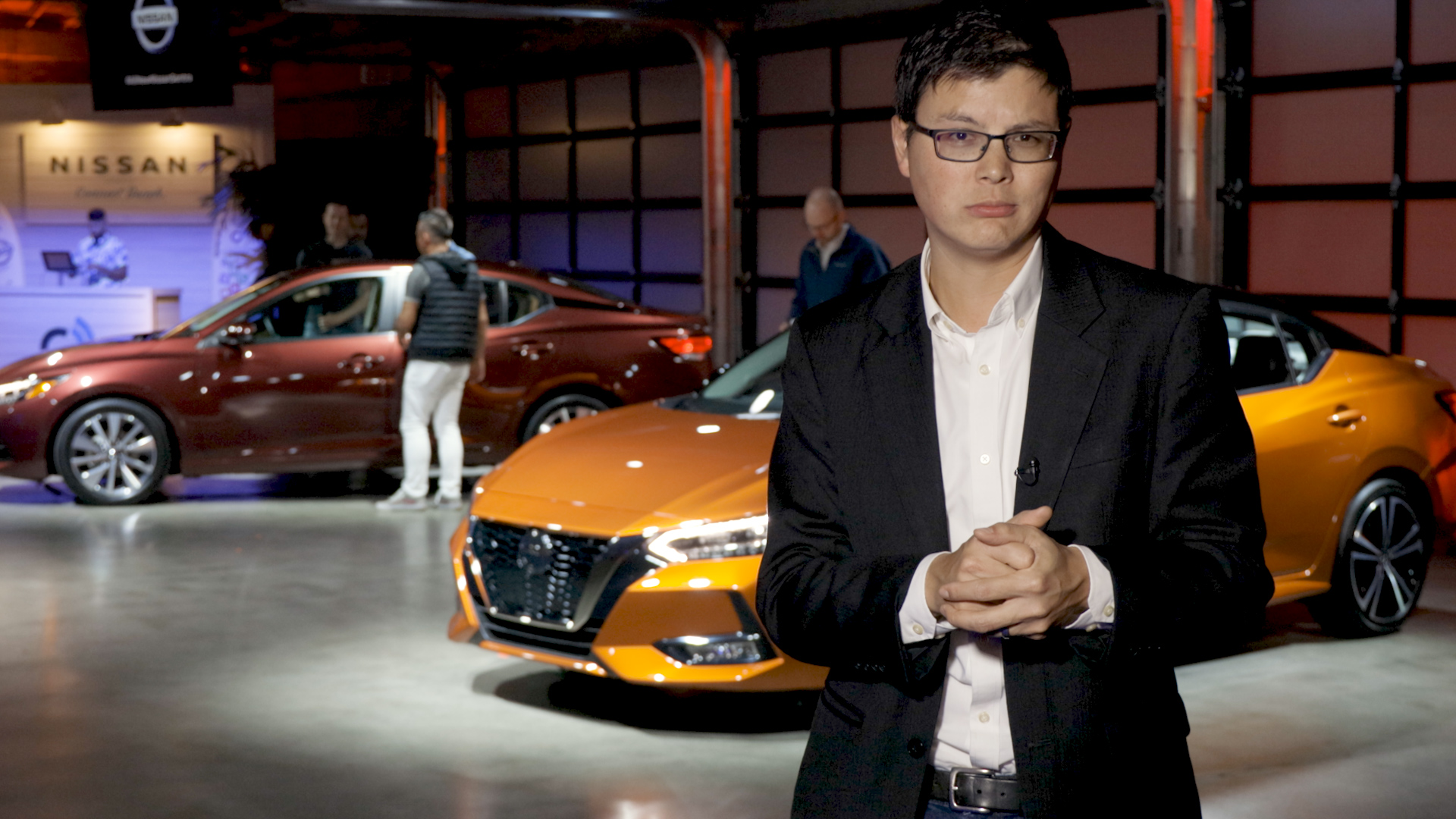 Is that the new Nissan Altima? No! It’s actually the new 2020 Nissan Sentra — the redesign of Nissan’s compact car for what is now its eighth generation — making its debut at the 2019 Los Angeles Auto Show. But I wouldn’t blame you for mistaking the two.

The Sentra, like the Altima, adopted a sort of plunging grille midway through the previous generation, so what you’re seeing here isn’t exactly new. But, like the Altima, it’s now a lot more extreme: The V-shaped framework plunges nearly to the ground.

As you come around to the rear of the Sentra, the taillights look a lot more technical. In fact, the car has a more chiseled sense of styling going on — again, similar to the Altima. More importantly, the profile doesn’t look so frumpy like it did before. Nissan says the new Sentra is about 2 inches both lower and wider than its predecessor, which is good because the old Sentra was both a little narrow and a little tall in its class, lending to ungainly proportions. Not so with the new Sentra — this is a decent-looking car.

The Sentra also has a floating roof with a bisected C-pillar, something you see on a lot of the automaker’s other sedans. You can get an available two-tone roof that’s totally blacked out, which is reminiscent of something you can get on the Nissan Kicks.

Find out more of what we think of the redesigned Sentra in the video below.

Formula 1 drivers fear there is a risk of victories being devalued if grand prix chiefs go through with plans for reverse grid races in the future. While an attempt…