Love it or loathe it, the third-generation of the original coupe-SUV is here.

There may have been coupe-SUVs before it, like the tiny Suzuki X-90 for example, but it was BMW who put the coupe-SUV oddity on the automotive map back in 2008 with the original X6 (E71). Now entering its third generation, the X6 looks more polarizing than ever before courtesy of its big kidneys. “A leader with broad shoulders” as described by its maker, the Sports Activity Coupe (SAC) can be had with an illuminated grille that lights up whenever you open or close the doors and also even while driving the luxobarge.

Highlighting the range-topping M50i variant, these videos show the all-new 2020 BMW X6 and its controversial shape as well as its thoroughly modernized interior. The Europe-only M50d should look just about the same for diesel fans in need of an SUV that has four turbochargers. These M Performance models ride on 21-inch alloy wheels as standard and feature some sporty upgrades on the outside.

Upon launch, BMW will sell the X6 in xLine and M Sport versions as an alternative to the standard model. For the 0.1% of buyers eager to take the coupe-SUV off the beaten path, there’s going to be an optional off-road package for all versions of the range with the exception of the M50 models. It will bundle four off-road driving modes (snow, sand, gravel, rocks) with a two-axle air suspension offering increased ground clearance. Fitted with this package, the X6 will come with extra underbody protection at the front, an M Differential lock, and off-road tires.

That panoramic glass roof you’re seeing is 83% bigger than what the outgoing X6 had, and you can spend extra on what BMW calls the Sky Lounge featuring more than 15,000 illuminated graphic elements. There are endless ways to drain your bank account while configuring the SUV, with options including everything from heated and cooled cupholders to an ambient air package with eight fragrances.

Like other recent models, the new X6 has support for over-the-air updates, meaning you won’t have to go to your local BMW to get the latest software for your iDrive infotainment system. Other tech goodies include adaptive LED headlights with Laserlight and a 20-speaker, 1,500-watt Bowers & Wilkins surround sound system. Needless to say, the dual 12.3-inch digital screens available in other high-end BMWs have been installed in the 2020 X6.

Like its predecessors, the third-gen X6 is going to be assembled at BMW’s factory in Spartanburg, South Carolina alongside an assortment of other X models. It’s scheduled to hit the market in November 2019, with the flagship X6 M likely to arrive at some point next year. 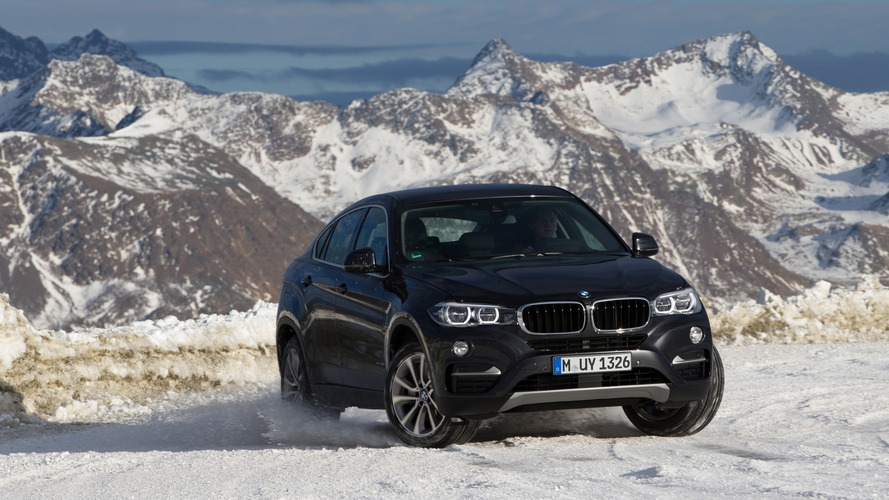