Following its official launch announcement in June this year, the 2019 Isuzu D-Max V-Cross facelift has now gone on sale in Jaipur. The premium pick-up SUV was launched at the inauguration of Isuzu Motors India’s new showroom in Jaipur, ‘Akar Isuzu’ which will operate from two touch points in Jaipur – one at VK Industrial Area, a second one located in the city on Ajmer Road. Available in two variants – Standard and High (Z), the Isuzu D-Max V-Cross facelift has been priced at ₹ 15.54 lakh and 17.06 lakh (ex-showroom, Jaipur) respectively. Earlier, the company has only announced the Mumbai pricing, which was ₹ 15.51 lakh (ex-showroom).

The 2019 Isuzu D-Max V-Cross is claimed to come with 20 new changes made to both exterior and interior. Visually, the biggest update is the new front end which gets a new and a bold chrome grille along with newly designed headlamps and a new, muscular bumper as well. The fog lamp design along with the housing is new too and offers more presence. Additionally, the V-Cross now also comes in two new colour options which are Sapphire Blue and Silky Pearl White, and the latter can be seen in the above image. 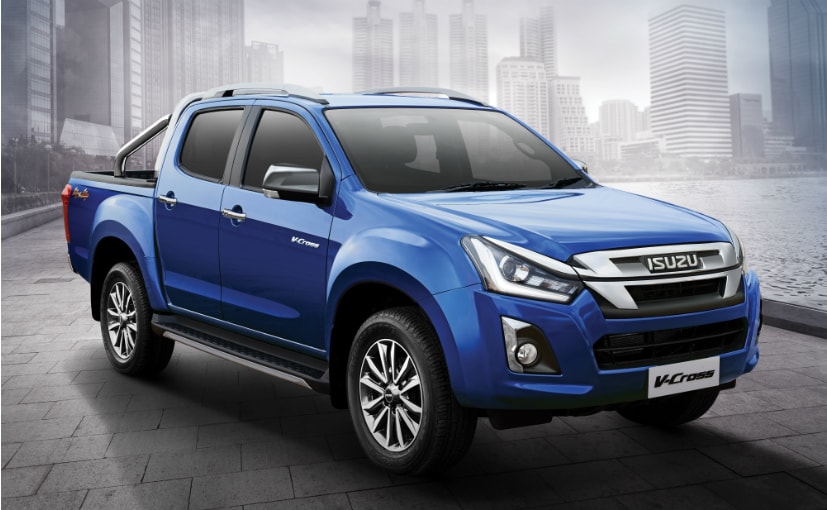 In terms of features, the  Isuzu D-Max V-Cross now comes with bi-LED, newly designed 18-inch alloy wheels, and new roof-rails and a new shark-fin antenna. The rear end too gets a new bumper along with newly designed LED tail lamps. As for the cabin, the off-road SUV now gets full black treatment on both trims and the ‘Z’ variant gets perforated leather seats. The dashboard now comes with a piano black finish and there is a new 3D electroluminescent instrument console as well, along with USB charging port for the rear passengers. Safety features include seat-belts with pre-tensioner and load limiter, speed-sensitive auto door lock, co-driver seat belt reminder, hill start assist and hill descent control. 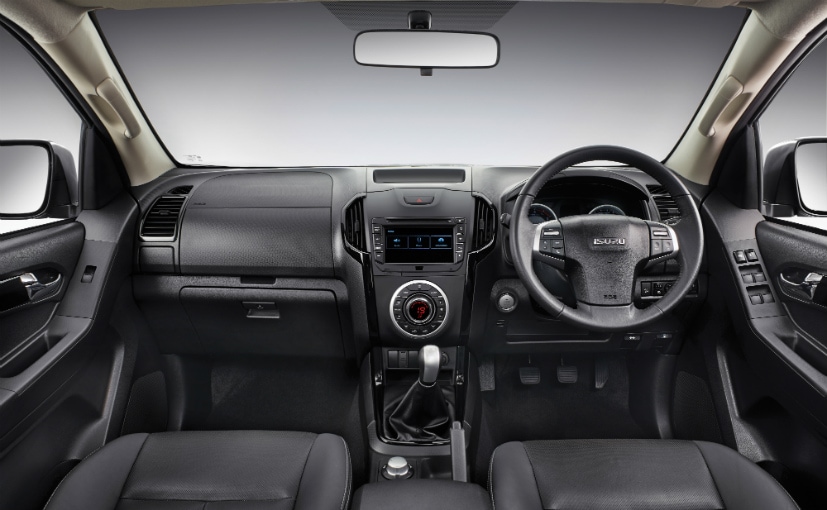 Under the hood, the 2019 Isuzu D-Max V-Cross continues to feature the tried and tested 2.5-litre diesel engine which is capable of churning out 134 bhp and a maximum torque of 320 Nm. The oil burner comes paired with a 5-speed manual gearbox, and an all-wheel-drive (AWD) system with shift-on-the-fly, similar to the pre-facelift model.