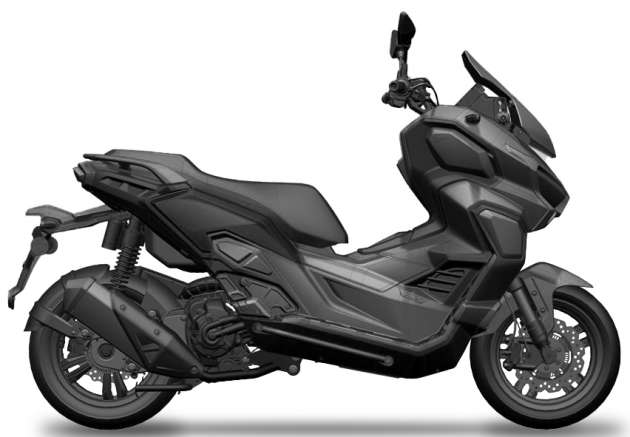 After a hint the 2022 WMoto Xtreme 250 would be coming to Malaysia in the first quarter of this year, it appears this ‘urban adventure’ scooter will indeed be making its local market launch by September or October. The last unconfirmed news paultan.org received from a source in the industry said the Xtreme 250 was undergoing Vehicle Type Approval (VTA) testing in August 2021.

Further testing in Malaysian road conditions was carried out after that and the Xtreme 250’s debut will now take place “within the next three months,” says our source. The urban adventure scooter segment has seen success in Malaysia since the introduction of the Honda X-ADV 750 (RM67,799) in 2016.

Styling for the Xtreme 250 follows design cues from the bigger X-ADV 750 closely, to the point where some might mention the words “clone” or “photocopy”. Nevertheless, while Malaysian scooter riders await the introduction of the Honda ADV350 and the ADV160 recently launched in neighbouring Indonesia, this might be something to look forward to in the interim.

Introduction of the Honda ADV150 took the Malaysian scooter market by storm, with some customers reporting three to four month waiting times while an unconfirmed report mentioned a waiting list and six-month delivery delay while our sources inside Boon Siew Honda say every X-ADV brought into Malaysia has been sold, with second-hand examples commanding close to as new prices.