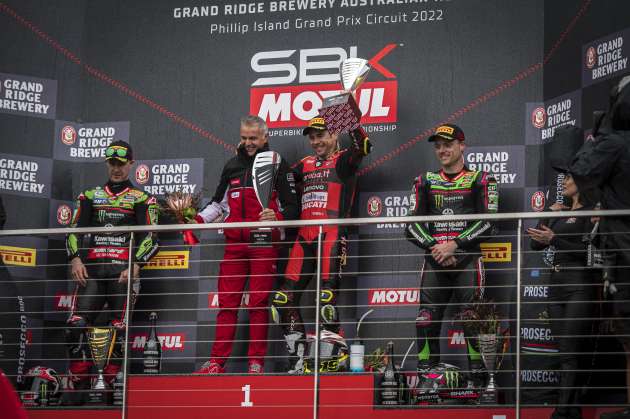 A dominant season for Ducati Corse as the Italian team finishes the 2022 World Superbike Championship (WSBK) season in Philip Island, Australia, with the Team and Constructor’s titles. After clinching the rider’s World Championship title the previous week in Mandalika, Indonesia, Alvaro Bautista of Aruba.IT won the Superpole race before cementing Ducati’s name on the trophy for the manufacturer’s title.

This was done in convincing fashion as the Philip Island track was wet after a short downpour just before the start of Superpole. However, Bautista, starting in pole position, elected to remain with slick tyres front and rear causing him to slip to 16th position as the grid overtook him.

The gamble on using slicks paid off for Bautista as the track dried, with the Spaniard rapidly making his way to the front. Two laps from the end of Superpole, Bautista took the front position and went on to win the race. 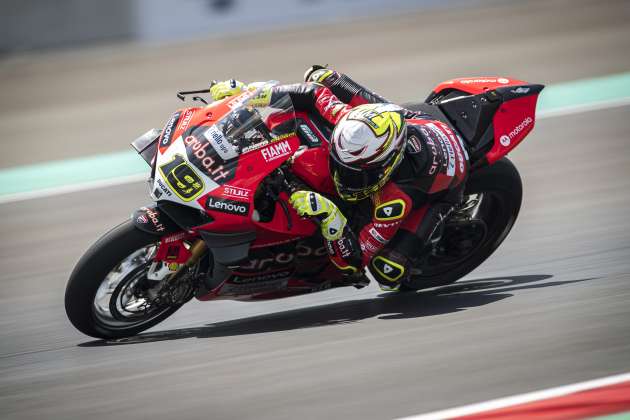 A dry but red-flagged Race 2, five laps from the end, saw Bautista leading the pack after scrapping with Sam Lowes, Scott Redding, 2021 WSBK champion Toprak Razgatlioglu and Jonathan Rea with Red pushing hard for a win. “What can I say: I am really happy to have ended the season like this, giving great satisfaction to the whole Aruba.it Racing – Ducati team. I think the Superpole Race was one of the best victories for me in World Superbike,” said Bautista.

“On the grid, I spoke with Giulio (Nava) and I asked to put the slick on. I had confidence even though after the warm-up lap I had some doubts,” added the 37-year old rider from Talavera de la Reina, Spain.